A crack in the façade

Britain’s only gender transition facility is facing increasing criticism that it is fast-tracking children into sex change procedures. The Times of London last week published a series of reports about five former employees who resigned because they believed the facility was mutilating young children.

The clinical psychologists who spoke to the newspaper represent some of at least 18 staff members who have resigned from the National Health Service’s Tavistock Centre in the past three years. They told The Times they were pressured to refer children for hormone blockers or irreversible cross-sex hormones quickly, even if they believed the treatment was not in the children’s best interest.

“I would talk about it as an ‘atrocity,’” one female clinician, who remained anonymous, told The Times. “I know that sounds quite strong, but it felt as if we were a part of something that people would look back on in the future, and ask, ‘What were we thinking?’”

Another clinician said, “This experimental treatment is being done not only on children, but very vulnerable children who have experienced mental health difficulties, abuse, family trauma, and sometimes those [other factors] just get whitewashed. If someone was suggesting plastic surgery or any other permanent change we’d be saying, hang on a minute.”

Tavistock has endured months of bad press recently. Late last year, a senior member of the staff, David Bell, submitted a report to the 12-member board of directors saying the facility was not considering psychological and social factors that could affect a young person’s decision to transition and that transgender advocacy groups were successfully exerting pressure to rush children to treatment. In response, the board commissioned the facility’s medical director to investigate the allegations but quickly concluded the complaints were unfounded. Shortly after the announcement in February, a member of the Tavistock Council of Governors resigned in protest.

“I do not believe we understand what is going on in this complex area, and the need to adopt an attitude which examines things from different points of view is essential,” Marcus Evans, who had been associated with Tavistock for more than 30 years, wrote in a resignation email, The Guardian reported. “This is difficult in the current environment as the debate and discussion required is continually being closed down or effectively described as ‘transphobic’ or in some way prejudicial.”

In early March, an Oxford professor accused Tavistock officials of hiding the results of a yearslong internal study that found puberty-blocking treatment often had devastating outcomes in children, especially girls. In his own review of the study, Oxford University associate professor Michael Biggs found that Tavistock saw a significant increase of reports of self-harm among patients who had undergone a year of treatment. He also found parents reported “a significant increase in behavioral and emotional problems” and that there was no positive results from treatment on “the experience of gender dysphoria.” He said Tavistock failed to open the results of the study to scientists, instead claiming the research reflected positively on its methodology.

“Puberty blockers exacerbated gender dysphoria,” Biggs concluded. “Yet the study has been used to justify rolling out this drug regime to several hundred children [under age 16].”

Tavistock officials rejected the claims in The Times report in a statement last week, arguing the facility places young people’s well-being first and maintains independence from outside lobbying groups. The statement also said there was growing evidence internationally that puberty blocking and cross-sex hormones are safe.

But Carl Heneghan, the director of the Centre of Evidence-based Medicine at the University of Oxford, disagrees. He told The Times last week the off-label use of drugs to treat gender dysphoria at Tavistock is an “unregulated live experiment on children,” and is “supported by low-quality evidence, or in many cases no evidence at all.”

The live experiment is growing: The number of children referred to Tavistock has soared in recent years, from 94 in 2010 to 2,519 last year.

“The huge jump in child referrals is linked to the political push for trans rights, which has blown away the normal standards of objectivity in medicine, education, and news reporting,” Simon Calvert, deputy director for public affairs at the Britain-based Christian Institute, told me. He said the recent surge in negative news stories about transgender treatments for children is just reality pushing back against the false political narrative that paved this path, “a kind of ‘emperor’s new clothes,’ moment.” 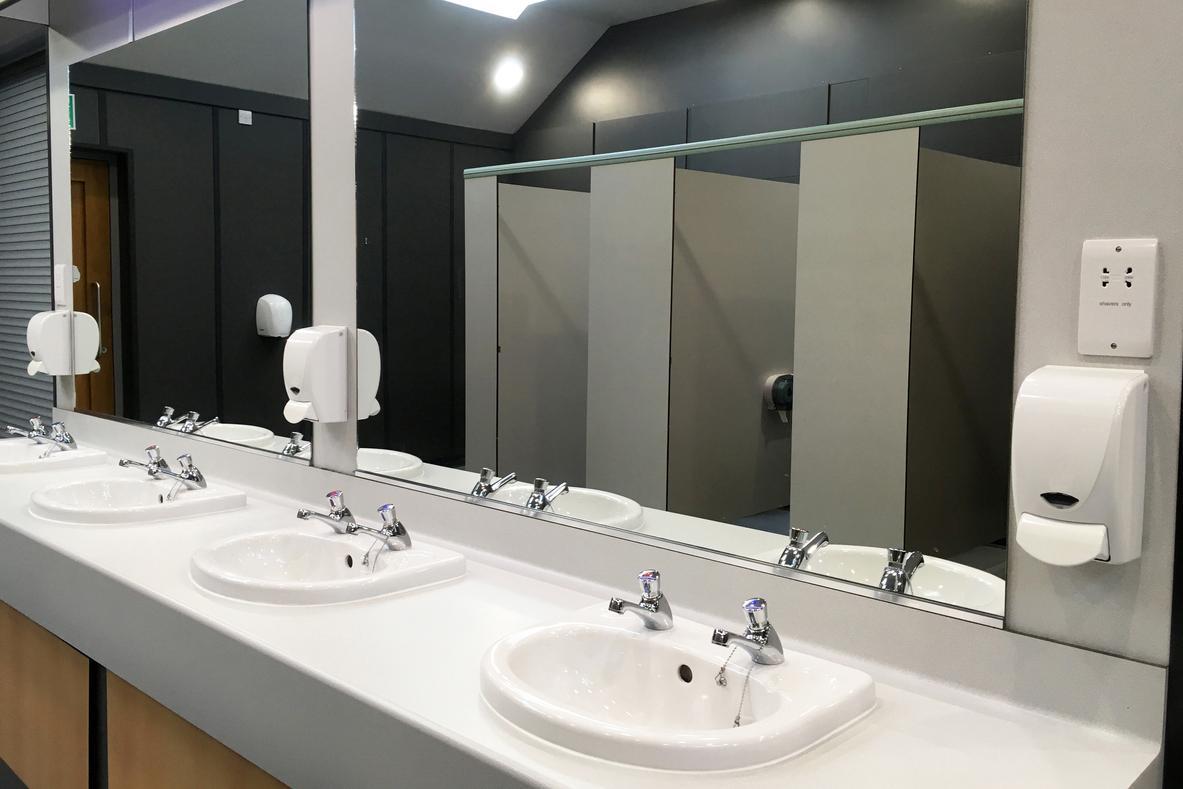 An Alaska school district is taking heat this week for disciplining a female student who kneed a male student in the groin after he barged into the girls’ restroom. The Fairbanks North Star Borough School District has not commented on her punishment, but her family told The Washington Post she was expelled from North Pole High School.

The boy was part of a group of seven male students who entered the restroom in protest after a female student who identifies as a male took a photo in the boys’ restroom and posted it on Snapchat.

Responding to reports that the girl felt trapped in the restroom by the boys, the school district issued a statement saying it conducted an investigation and found the boys did not threaten or use force against the girl. The statement said the district makes decisions about restroom use for transgender students on a case-by-case basis, but all options—both male and female restrooms as well as gender-neutral, single-use restrooms—are on the table.

“Biological differences matter, and the boys had every right to be offended by a biological girl in their private space, as did the girls when the boys invaded their private space,” Jim Minnery, president of Alaska Family Action, told me. He said the two incidents illustrate how chaos logically follows the removal of common sense from locker room and restroom policies.

“The only ones deserving of punishment in this scenario are the foolish adults who refuse to acknowledge biological realities and refuse to enforce private bathrooms and locker rooms for high school boys and girls,” Minnery said. —K.C. 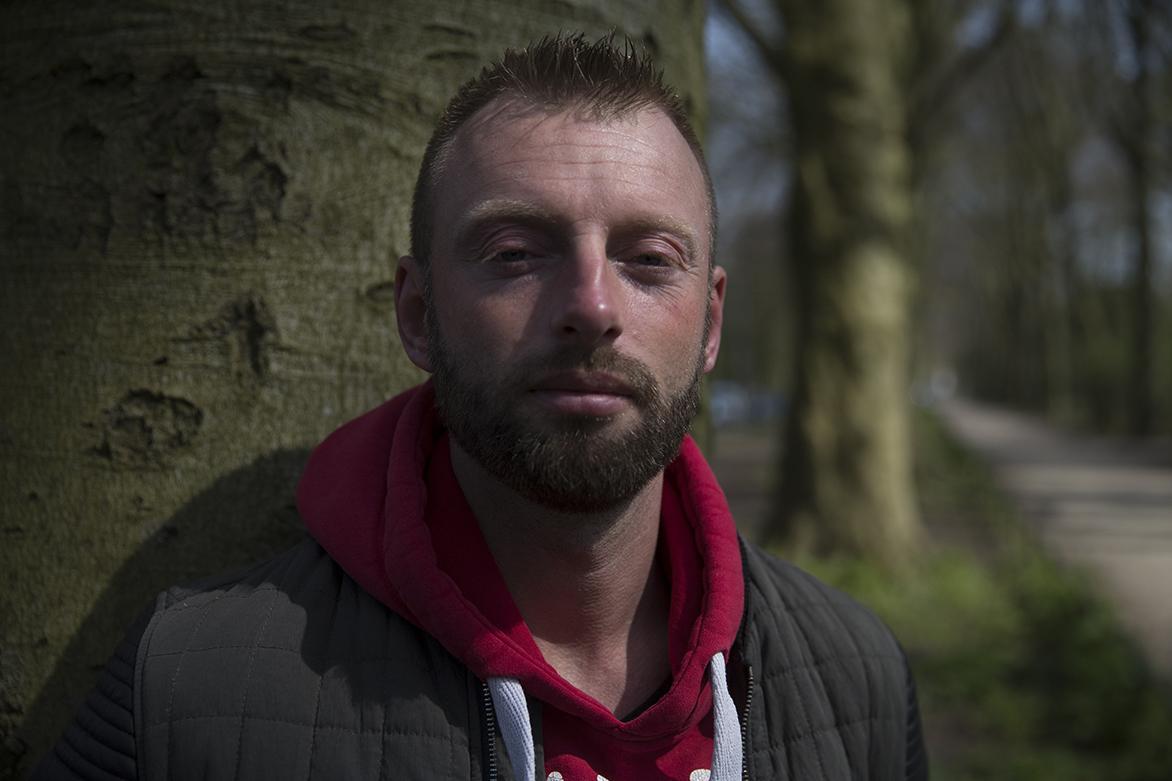 A Dutch fertility doctor lied to his patients and used his own sperm to father at least 49 children, according to DNA results released last week. The doctor, Jan Karbaat, died in 2017 at age 89. The Dutch Donor Child Foundation said the number will likely increase as more people who suspect they may have been conceived using Karbaat’s sperm contact the organization. Karbaat’s fertility clinic in a suburb of Rotterdam was ordered closed in 2009 due to poor administration and record keeping.

Across the pond, the Indiana state Senate this week passed a bill that would make it a felony to intentionally deceive someone else regarding sperm, eggs, or embryos. The state’s own Karbaat-like fertility doctor, Donald Cline, inspired the legislation. DNA tests show Cline fathered at least 50 children with unknowing women who came to his clinic in the 1970s and ’80s. —K.C.

A new Pentagon policy limiting military service by people diagnosed with gender dysphoria unless they serve as their biological sex went into effect April 12. Currently enlisted troops who have a diagnosis of gender dysphoria or who identify as a gender other than their biological sex may continue to serve. But gender dysphoria is now considered a “condition that interferes with military service”—like sleepwalking, motion sickness, or personality disorders—for anyone who enlists or is diagnosed with gender dysphoria after April 12. Military academies will honor the previous policy allowing transgender students for the fall 2019 class, but will implement the new policy for students enrolling in the 2020-2021 school year, a military spokeswoman said this week.

Despite criticism, the Defense Department maintains the new policy, green-lighted by the Supreme Court in January after numerous legal challenges, implements standards that will ensure a lethal military force. —K.C.