INDIANAPOLIS—Nearly 20 years ago, WORLD editor in chief Marvin Olasky put Indianapolis on the map with a chapter about the city in his book Compassionate Conservatism, endorsed by then-Gov. George W. Bush of Texas.

With less national publicity, Goldsmith asked Indy pastors and nonprofit groups to help with the social problems of the homelessness, broken families, and drug addiction. As county prosecutor before he was mayor, Goldsmith had seen how evangelical Christian ministries seemed to have a quiet but successful track record with tough social problems that defied good government intentions. He didn’t offer money but pointed to the city’s dwindling property tax base and could wax eloquent about how government had none of the spiritual resources that he had seen in nonprofits.

Where are these people now? Olasky put that question to me almost 20 years later, knowing I grew up in Indy when it was nicknamed “Naptown” or “India-noplace” in the 1950s and 1960s. 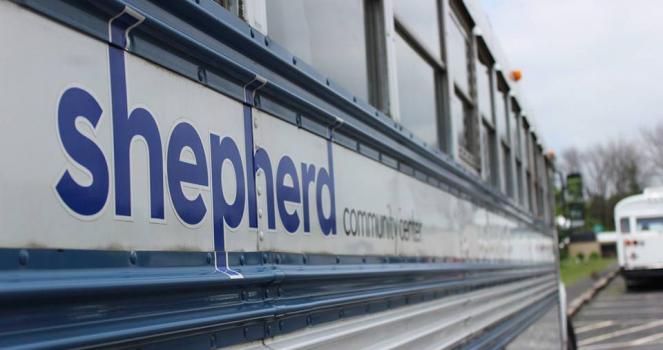 Olasky’s first stop on his tour is still going strong: Shepherd Community Center, under the leadership of Jay Height. Height is always looking for ways to battle poverty with the Bible on the city’s east side, putting on his staff a city cop and a trained social worker to patrol the center’s ZIP code more creatively than waiting for the 911 calls. Shepherd also now has a kindergarten through fifth grade school, mostly for Hispanic families in the area, offering a better student-teacher ratio than the public schools.

Another stop on Olasky’s tour was Christamore House, a community center on the west side, then run by Olgen Williams. Williams came to salvation in Christ out of a background of Vietnam War military service and drug abuse. Goldsmith informally tapped him as a resource in looking for ways to fight poverty through nonprofits. When unknown Republican Greg Ballard upset incumbent Democrat Bart Peterson for mayor in 2007, Williams became Ballard’s deputy mayor for his two terms. Williams toyed with running for mayor himself in 2015 but opted not to take the plunge and is now retired.

Several inner-city pastors are active in the crime-fighting Ten Point Coalition, which is similar to what was called the Front Porch Alliance of the 1990s. The coalition encourages African-American pastors to walk the streets to combat crime and violence in the inner city.

The group has become controversial for attracting support from Republicans, including Vice President Mike Pence and former Attorney General Jeff Sessions. The pastors are almost all Democrats, and their critics object to them collaborating with “bad” Republican guys. Other critics wonder about the alliance’s effectiveness, though some city officials think the group has helped slow down the crime rate in some areas.

“We’re going to work with whoever’s in the seat, because for us it’s all about bringing down the homicides,” explained Ten Point Coalition member the Rev. Charles Harrison.

Olaksy also featured Tim Streett in his book, describing how he had moved into the inner city as a missionary for a suburban church, launching an urban gymnastics ministry that later became part of Shepherd Community Center. Streett is now working on a doctorate on measuring the effectiveness of some of Shepherd’s ministries. He has identified 10 measures of poverty, or assets that we all have in some measure, such as the usual indicators of income and education and skill levels. But he also has identified other measures such as relational capacity or empathy and gives seminars on poverty for churches and other groups.

What’s startling in Indianapolis is the surprising number of new attempts to tackle poverty at the roots, sometimes from business leaders pursuing significance rather than success in the second half of their lives. They are looking at a bottom line that can’t be measured on a traditional balance sheet. Maybe it’s supply and demand—we have more crime, more drug abuse, and more broken families, so the supply of spiritual efforts has multiplied. Or could it be something more? The work of the Holy Spirit?

Jobs for the homeless

Purposeful Design came from businessman David Palmer’s Bible studies with homeless men at Wheeler Mission. Often thwarted by criminal records or bad habits, the men kept asking Palmer to help them find jobs. Palmer started a small business for custom furniture making, and it keeps getting bigger—$1.4 million in sales this year, coming close to breaking even, with 15 employees, and capturing a niche in a competitive market.

Purposeful Design also has launched a skills training program, offering Purdue University certification. The school offers potential new employees for the furniture work, as well as an expansion of job options for the needy in the greater Indy area in a time of low unemployment and employers scrambling for workers.

Palmer’s wife, Cindy, has launched a discipleship initiative for women, who often have saved a baby from a potential abortion through the Life Centers, a crisis pregnancy center network. Cindy Palmer’s Heart Change Ministries includes tutoring for the women to help them boost their workplace skills. Some work in a small soap business, and others live in the ministry’s Covenant Community homes, to help one another and avoid moving from one place to another so often. Several middle-class Christian families, including David and Cindy Palmer, have moved into the same neighborhood in an effort to build a supportive faith-based community across traditional racial and economic barriers.

Eric Howard was helping homeless teens out of the trunk of his car in the 1990s, but his Outreach ministry now works with several hundred teens, with a new drop-in center near downtown Indianapolis. He’s had some help from business friends, especially a powerful Republican lawyer, Bob Grand, whom he met in a Bible study. Grand is known as a kingmaker and big fundraiser in Indiana politics, but Howard didn’t find out about that until much later.

If Indianapolis had a Charles Spurgeon award, the nomination would go to Eastern Star Church Pastor Jeffrey Johnson. He’s been preaching a gospel message for 30 years, seeing the Lord expanding what was a small church to about 15,000 members at three sites. Johnson preaches in all three places on Sundays and has assisted in planting several other churches. Eastern Star has intensified salt-and-light efforts in the low-income neighborhood around the original home church. Initiatives include tutoring at the nearby public school as well as home ownership opportunities for low-income families. Johnson doesn’t aspire to what used to be called the “social gospel.” He just wants to preach salvation in Jesus Christ and the priority of discipleship.

“I can only do one thing,” he said. “God called me to preach the gospel, winning souls to the kingdom and making disciples. We call it advancing God’s kingdom.” But he is thankful for how many others around him have gone on to apply their faith to good works.

From Hollywood reformation to neighborhood renewal

Jeff Sparks ran a Christian children’s home for delinquent young people in the 1980s, then he launched the Heartland International Film Festival, which brings Hollywood stars to Indianapolis to highlight common grace films, yet not necessarily with an obvious Christian message. Now Sparks is a neighborhood transformation advocate, working in a low-income area near downtown decimated by a loss of traditional manufacturing jobs and urban blight. He’s assisted residents in banding together to attract the city’s new justice center, in hopes of bringing new job opportunities, along with recruiting new commercial and residential investment.

Slightly north of Sparks, in an even tougher neighborhood, Jim Strietelmeier leads Neighborhood Fellowship. Planted originally by the suburban Zionsville Fellowship, the group tackles poverty around its location, which is surrounded by vacant buildings and broken families. Neighborhood Fellowship has a medical clinic and work-readiness options, but the gospel is the priority.

“We look at financial poverty as an enhancement to the preaching of the gospel rather than a problem that should take center stage,” said Strietelmeier, who grew up in the city’s major rescue mission, Wheeler Mission. “After God has been made central, the secondary needs of life are met by God Himself.”

One measurable benefit of the ministry: Emergency room visits from that ZIP code have declined with the help of the medical clinic.

Out of prison, into church

In the northern part of the city is another church for the down and out. Brookside Community Church is a congregation that welcomes former prison inmates, serving as a bridge from prison back to the city. Originally a plant by the suburban Northview Church, Brookside now offers houses for former inmates, along with job placement and a food co-op. Volunteers from nearby and the suburbs play a key part.

Pastor David Cederquist has learned a key point about prevention of recidivism, or the cycle of coming out of prison and back to crime: If an ex-offender finds a friend at Brookside, chances are much better he won’t go back to more crime. One example: Coi Taylor has not only walked away from any more drug charges but also is playing a key leadership role at Brookside, trying to set an example to other young men with no father, or a dad in prison.

William Bumphus found Christ behind bars, almost 40 years ago, and started sharing it with other prisoners in the Midwest. Along the way he saw how new believers, coming to back to Indy after prison, needed a place to live. He launched the Jesus House in an old nursing home in a low-income area, with room for about 40 ex-inmates. Some of the men find jobs, and all of them must attend regular Bible studies at the house. Bumphus’ own background in poverty and crime gives him an edge in this ministry. He counsels the men confrontationally, trying to wean them away from any victim mentality. 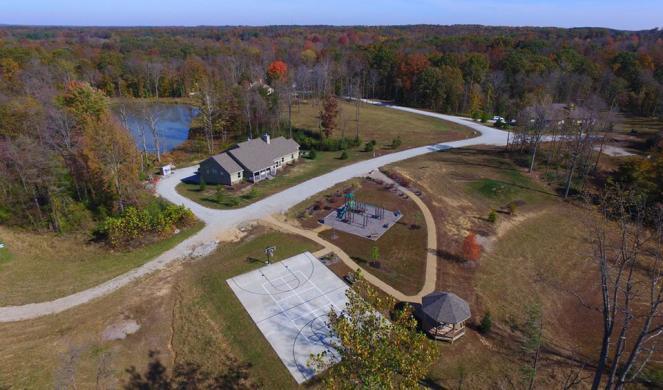 Bob Schloss, as a deputy prosecutor in northern Indiana, used to send delinquent kids to time behind bars in the juvenile justice system. He dreamed about substitute families for some of the young people who were bounced around the court system. Now that dream is coming true at the New Song Mission on 100 acres in a rural Brown County.

Schloss, his wife, Lisa, a social worker, and small staff have opened doors for several young girls with homes that include house parents and a small school, including several from the Indianapolis area. The timing may be good, in a sad way, as opioid abuse is hitting families across the state.

“I knew of kids who had been in and out of juvenile centers, foster homes, and shelters 15 and 16 times beginning at the ages of 8 and 9 until they are 17,” he said. “When we see a child 11 years old with three prior placements in foster care, we need to look at a different option.”

Indy civic leader Jay Hein is helping entrepreneurs invest in a battle against poverty and make a small profit. Running the Indy-based Sagamore Institute, Hein offers the Commonwealth Fund, giving investors a small return for building homes for low-income families or businesses that employ the homeless. The fund is not a charity, but investors bring marketplace discipline, with smaller returns, to a practical war on poverty.

Older but staying on mission

Many of these initiatives are new and fresh, but the granddaddy of them all is Wheeler Mission, which just celebrated its 125th birthday this year. It’s been a rescue operation for homeless men, but now helps women and children too. The shelter offers a bed and food for men off the streets. Those who commit to Christ can go to Camp Hunt in a rural part of the state for discipleship, as well as sheltered work making pallets.

Russ is a columnist for The Indianapolis Star, the director of the Pulliam Fellowship, and a member of the WORLD News Group board of directors.