The majority of those would have been born in China and India, demographers from the University of Southampton in England concluded in the study published in the Proceedings of the National Academy of Sciences.

Demographer Lyman Stone, a research fellow with the Institute for Family Studies and the American Enterprise Institute, told me the numbers were no surprise.

“Sex-selective abortion, as well as post-birth neglect, are prevalent in many societies,” he said. “Honestly, if anything, [the number] seems a bit low.”

Normally, about 105 male babies are born for every 100 female babies, but with the introduction of China’s one-child policy in 1979, those numbers began to change drastically. Demographer Nicholas Eberstadt noted the imbalance in 2011 in his study of skewed sex ratios of babies born between 1953 and 2005 in China and India. He found some pockets of China with a child sex ratio of 150 boys to 100 girls and estimated that China and India accounted for a majority of the world’s missing females.

Stefano Gennarini, director of legal studies at the Center for Family and Human Rights, told me the dearth of women has led to social problems like sex trafficking of women and girls, as well as depression, substance abuse, and suicide among unmarried men.

“Every human being, whether male or female, is looking for that special other,” he said. “And imagine to have that frustration all of their lives—it must be absolutely horrifying for the men who are in that situation.”

The study analyzed data compiled by the United Nations, national vital records, census information, and other reports from 212 countries. The researchers found 12 nations had a clear increase in the ratio of male to female births, including Albania, China, Georgia, India, and Taiwan. In China alone, an average of 114 baby boys are born to every 100 baby girls. The authors pointed to declining fertility, ultrasound technology, and strong son preference in many nations as the backdrop for sex-selective abortions that have caused the imbalance.

“Fertility has fallen to low levels around the world that resulted in a ‘squeezing effect,’” they wrote. “Consequently, sex-selective abortion provides a means to avoid large families while still having male offspring.”

The latest report by the United Nations Population Fund (UNFPA) mentions the son-preference phenomenon, but Gennarini pointed out the group “glosses over” its own role in promoting the population control practices that enable sex-selective abortion.

“The UNFPA, the abortion industry, and the population control establishment have channeled abortion as a population policy for the last 50 years and more,” he said. “They certainly bear responsibility, and they need to come out and distance themselves from this, but sadly I don't think they do enough.”

Editor’s note: WORLD has updated this report to reflect a correction that demographers made to their published study of male-to-female birth ratios. 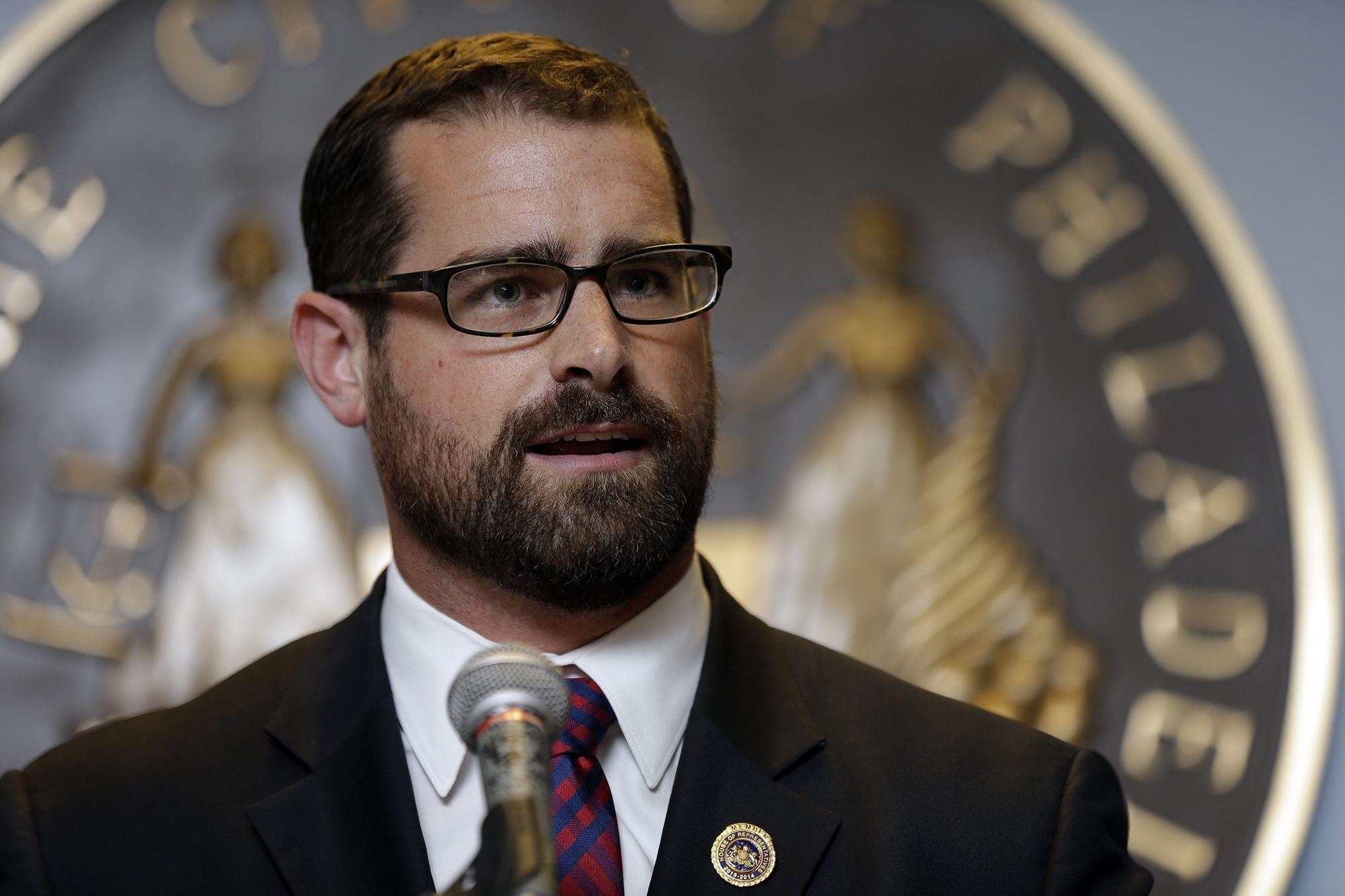 About 1,000 pro-life demonstrators gathered Friday outside a Philadelphia Planned Parenthood location where a state representative heckled a sidewalk counselor a week earlier. Rep. Brian Sims, a Democrat, posted a video of himself on the Periscope app following a woman on May 3 as she silently walked and prayed on the sidewalk outside the abortion center. He begged supporters for $100 for every hour the woman continued to pray there.

“How many children have you clothed today?” he asked repeatedly during the nine minute video. “This is a racist act of judgment, and you have no business being out here. An old white lady out here telling people what’s right for their bodies.”

Sims also posted a video of himself confronting three teenage girls and an adult praying outside the facility on April 18. He attempted to get the addresses of the girls, offering $100 to anyone who could give him their identities. Ashley Garecht, the mother of two of the girls, later wrote in a column for USA Today that she and the girls were praying peacefully when Sims started yelling at them.

“Sims not only aggressively verbally accosted three minors, he also attempted to dox them by offering a financial donation in exchange for their personal information,” she wrote. “His actions were reprehensible and entirely unbecoming of any adult male, let alone an elected official.”

Pro-lifers showed up Friday in support of the people Sims harassed. Among the speakers at the rally was Abby Johnson, a former Planned Parenthood director and subject of the movie Unplanned. Lila Rose, founder of pro-life group Live Action, and pro-life blogger Matt Walsh also attended.

Before the event, Johnson asked Sims to attend the rally to get answers to his questions.

“I invite Mr. Sims to have a conversation outside the very Planned Parenthood … where he has incessantly harassed pro-lifers,” Johnson said in a statement. “Whatever he wants to talk about, I invite him to come on Friday morning.”

Sims reportedly did not appear at the rally. Meanwhile, Joe and Ashley Garecht started a GoFundMe page that raised more than $125,000 on behalf of the Pro-Life Union of Greater Philadelphia as of Monday. —S.G. 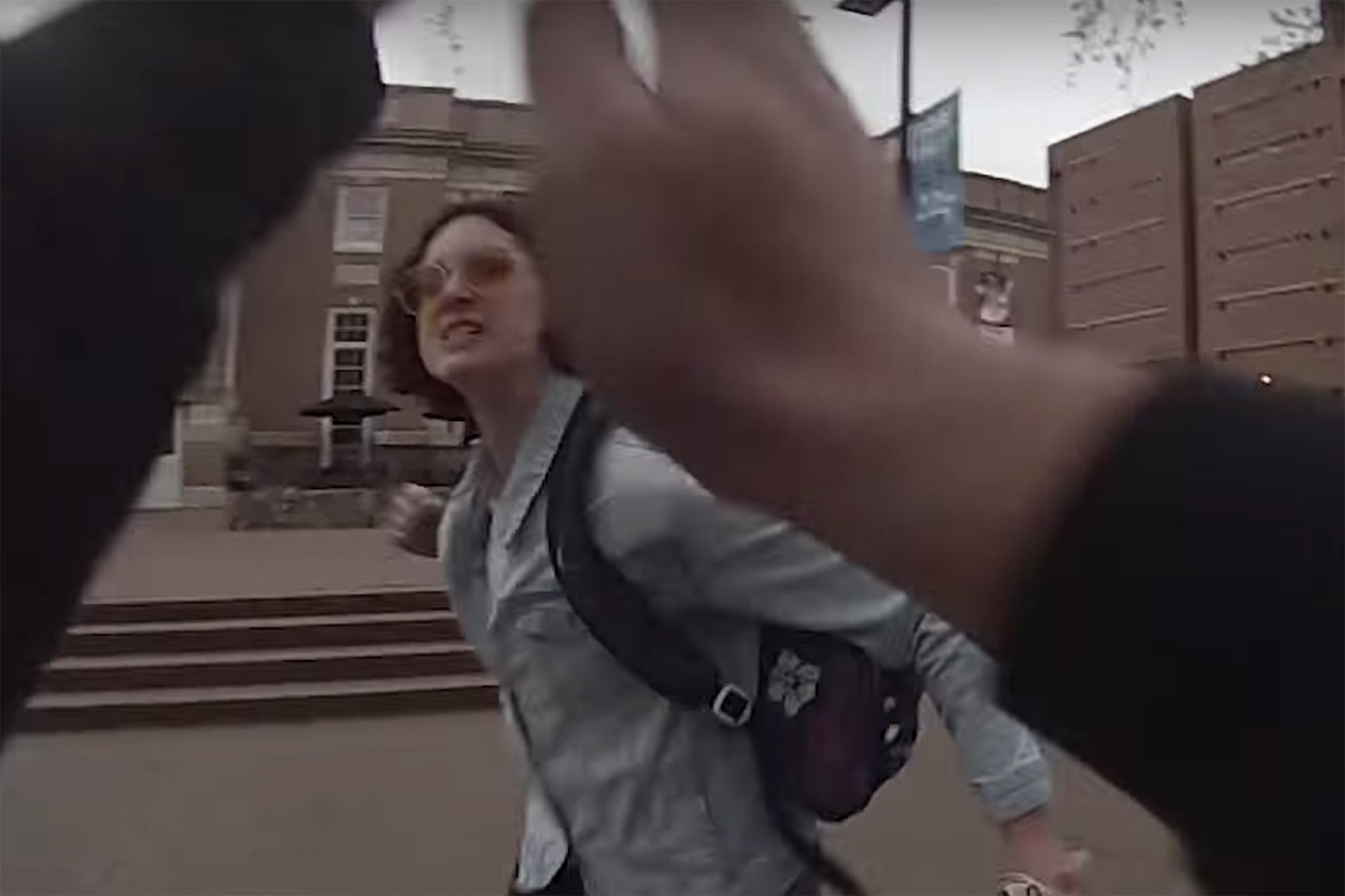 A Louisville, Ky., woman is facing charges in the assault of an elderly pro-life sidewalk counselor in April. Janaya Alyce Gregory, 31, pleaded not guilty last week to assaulting Donna Durning, 82, outside the EMW Women’s Surgical Center. Gregory allegedly attacked Durning, throwing her across the sidewalk and breaking her femur. Durning said she has been a sidewalk counselor outside the abortion center for 23 years. Western Washington University is investigating the vandalism of a pro-life poster placed on campus by Students for Life of America. On Tuesday, someone set fire to the sign, which promoted an upcoming talk titled “Lies Feminists Tell” by Students for Life founder Kristan Hawkins. A student at the University of North Carolina at Chapel Hill punched a pro-life activist with the group Created Equal this month. Video footage shows the female student approaching a male student next to signs on campus promoting life and asking, “Did y’all put these up?” She then punches him repeatedly in the face and tells him, “You’re a terrible person.” Authorities later arrested Jillian Ward, 19, who will likely stand trial in June. —S.G.

Alabama state senators delayed a vote on a bill that would protect the unborn from abortion in most cases. The law would make abortion a felony for abortionists except in cases of serious threat to the mother's health. Republican legislators clashed over another proposed exception for cases of rape and incest and postponed debate until Tuesday. The bill’s sponsor, Rep. Terri Collins, a Republican, said the exemptions would undermine the legislation’s purpose of triggering a court case that could eventually lead the U.S. Supreme Court to overturn Roe v. Wade. —S.G.