What is Russia doing at the top of the world?

WORLD Radio - What is Russia doing at the top of the world? 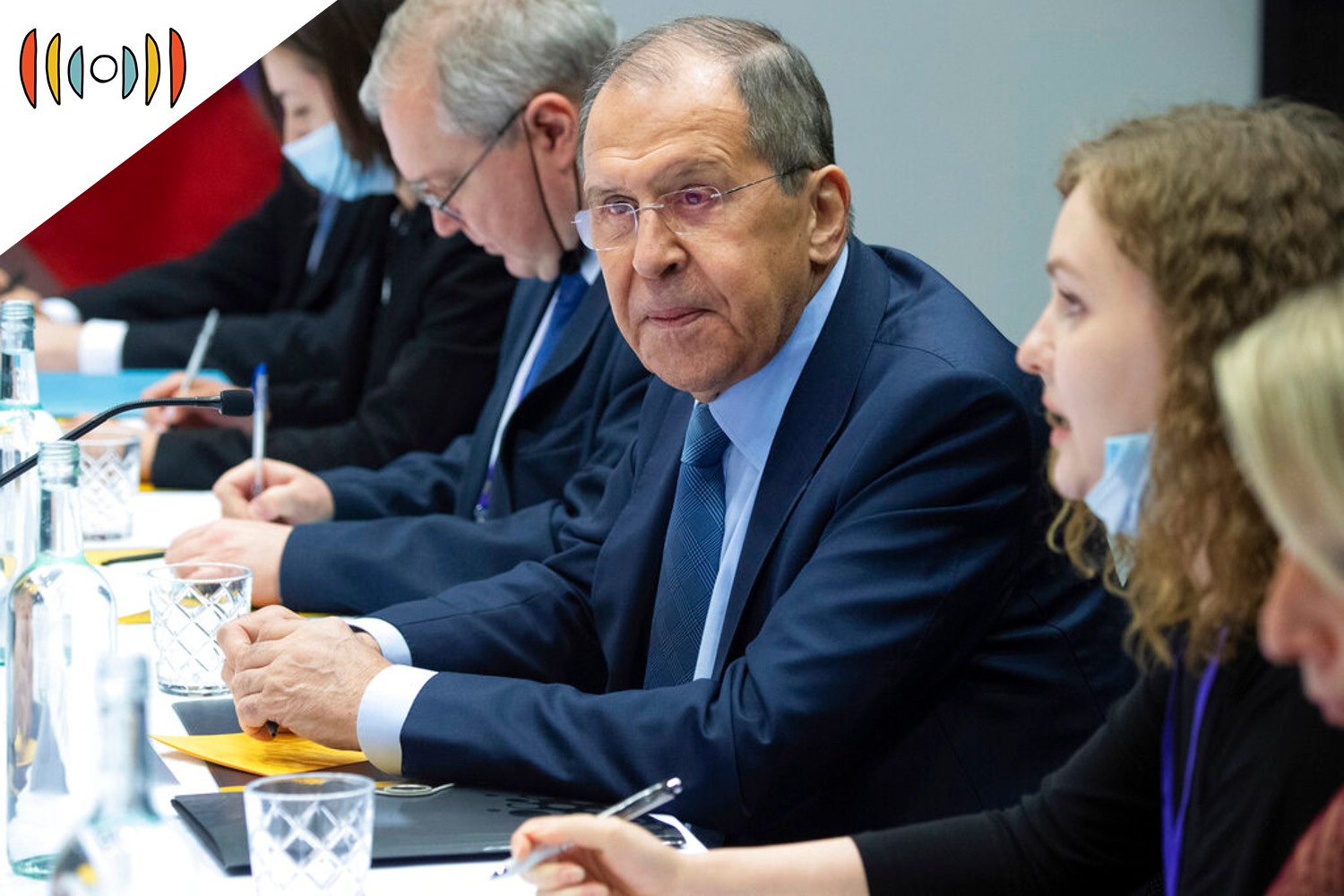 Thank you for joining us for today’s edition of The World and Everything in It. Good morning, I’m Nick Eicher.

First up, the Arctic.

It’s not just the icy domain of polar bears and snowy owls. Many countries lay claim to parts of the Arctic. The region contains crucial shipping lanes and is also home to many natural resources.

EICHER: Russia is especially interested in those resources and is trying to stake a claim for control. WORLD’s Anna Johansen Brown reports.

ANNA JOHANSEN BROWN, REPORTER: World leaders gathered in Iceland this week to talk about the fate of the Arctic. Eight countries make up the Arctic Council. All have territory within the Arctic Circle. Finland, Norway, Canada, the United States—each one has a stake in the region. And they want to make sure everyone plays nice.

But Russia isn’t making any promises.

At a press conference on Tuesday, Russia’s foreign minister claimed Arctic land and waters belong to his country. He insisted, “We are responsible for ensuring our Arctic coast is safe.”

That kind of rhetoric has world leaders a little jumpy especially given some recent changes in the Arctic. For one thing: Less ice.

HUMPERT: The Arctic landscape where there was previously a frozen landscape with ice almost year round, we now have seasonal navigable ocean.

Malte Humpert is the founder of the Arctic Institute. He says shifting ice patterns have dramatically changed the Arctic region. During the summer, there’s more open water.

HUMPERT: And so with that you gain access to resources. You can suddenly send ships through the Arctic. There's more of a cruise ship tourism. There's exploration of oil and gas resources, minerals in the future, increased access to fishing.

Most of those resources are inside the exclusive economic zones of the Arctic nations, so they’re already claimed. But that doesn’t stop Russia from wanting just a little extra. Last month, Moscow put forward a claim to an extra slice of continental shelf.

Mathieu Boulegue is a research fellow at the London think tank Chatham House. He explains it’s not land Russia wants, or the surface of the water. It’s everything underneath.

BOULEGUE: And that can be fish, that could be energy resources. Potentially, they're able to dig and drill deep enough and build anything at sea, for that matter. Let's say, you can do a lot of shenanigans at sea, as you can imagine.

The only problem is Denmark and Canada also claim that piece of continental shelf. At the end of the day, Boulegue doesn’t think any of them will get it.

BOULEGUE: I'm not seeing it happen, not least because it takes a lot of time in terms of fact finding and evidence finding, and then presenting a bulletproof scientific case to show that yes, your continental shelf is extending the you know, with an absolutely undeniable proof beyond your existing coastline.

Russia is also staking its claim on the Northern Sea Route, a shipping lane along its northern coast. Taking the route cuts two weeks off shipping times. Most of the year, it’s frozen over. But with changing ice patterns, it’s more accessible.

HUMPERT: And so suddenly, you can use this shipping lane to export resources that previously, you would have had difficulty getting out of the Russian Arctic. And so for Russia, this is, you know, a huge play in the future of Russian oil and gas activity.

Every six months or so, Russian troops run military drills at an Arctic base near Russia’s coast. They wear winter camo, train with snow mobiles and skis, and take training courses on how to survive the Arctic’s harsh environment.

BOULEGUE: They've been revamping or opening new bases and filled in air strips along the coastline. They've been completely boosting their presence in terms of troops, weapon systems that have been fitted specifically to Arctic conditions to ensure complete operations in a complicated environment.

Russia is also testing nuclear stealth torpedos that could be launched from Arctic bases. And it’s building longer airstrips capable of launching nuclear bombers. But Boulegue says, at this point, it’s all defensive.

BOULEGUE: You can never know for sure, with Russia, of course. But so far, what we've seen is a defensive posture that aims to give Russia sort of strategic depth by creating long range capabilities to make sure that nobody really has to fight in the Arctic.

Boulegue says it’s a little overkill but that tends to be Russia’s M.O.

BOULEGUE: You know, it's a defensive posture with teeth. But this is how also how Russia understands deterrence.

He believes all these moves are symbolic power plays to show the world that Russia is back.

HUMPERT: I think a lot of the developments were surface to air missiles and hypersonic missiles and nuclear capable bombers in the Arctic definitely shows that we are definitely leaving the security aspect and entering into a militarization you know, of the Arctic. And then the question is, will that lead to future conflicts?

As Russia ramps up its military presence in the area, other nations have started beefing up their defenses as well. That makes things tense in an area that, historically, has been a place of cooperation. Kind of like the International Space Station.

The Arctic Council has always been held up as a model of international cooperation. But that’s becoming harder to maintain.

HUMPERT: Because once you introduce geopolitics and economic interest, of course, the stakes, change, from environmental stewardship, to a more, you know, economic security kind of focused discussion.

The Arctic Council doesn’t talk about military issues. It’s focused on things like fishing rights, search and rescue missions, and oil spill prevention. And though Mathieu Boulegue doesn’t think we’ll see a war in the Arctic any time soon, he does think global leaders should have strategies in place, just in case.

BOULEGUE: I would argue it is time that we started discussing an architecture for military security in the Arctic, so that when the time comes and we really have an issue with military escalation, we know what to do so that we don't let that escalate.