How will the 2020 census shake up congressional districts? 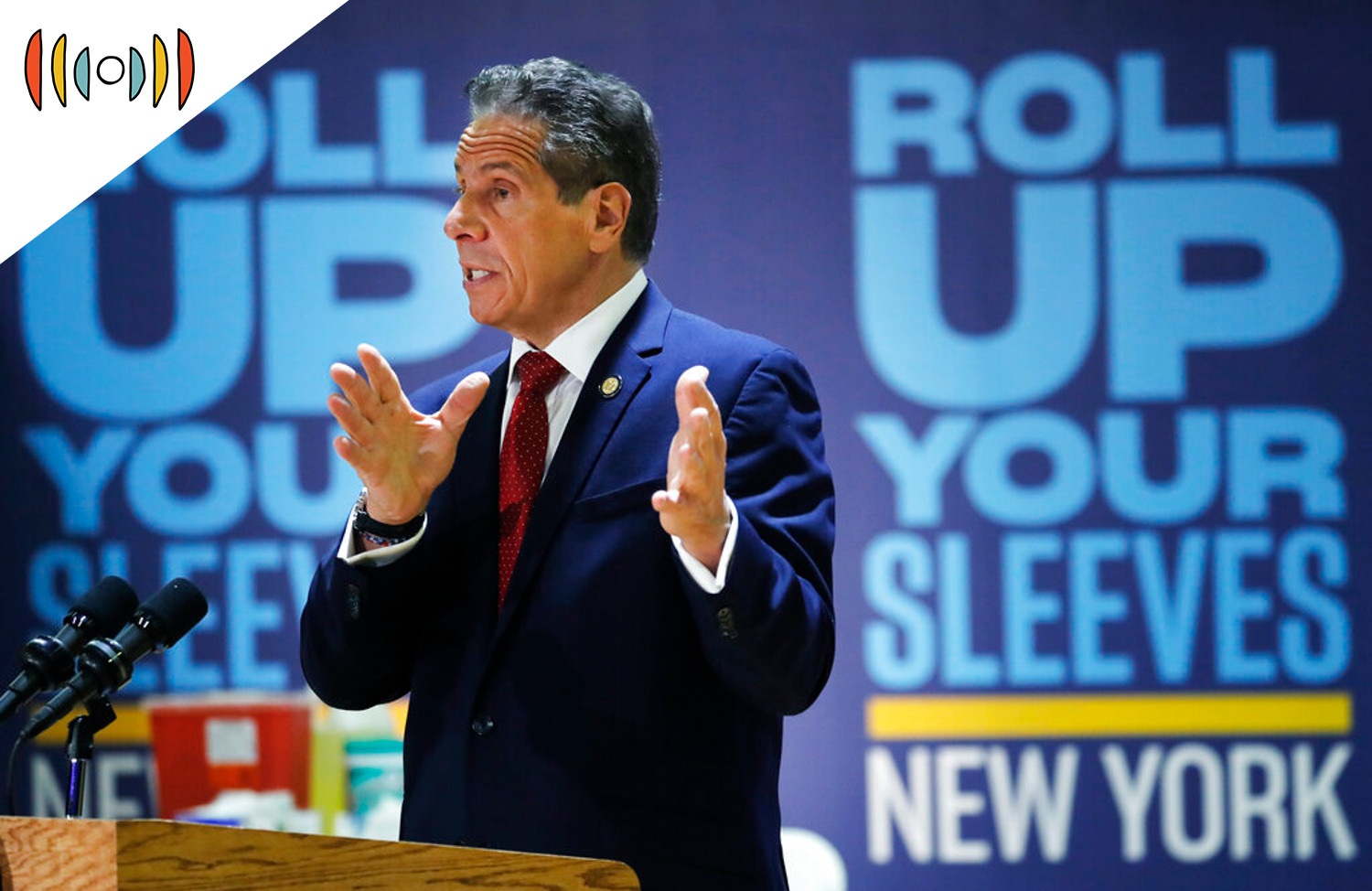 EICHER: Demographers predicted most of the changes ahead of time. But that doesn’t mean state leaders have accepted them. New York Governor Andrew Cuomo was especially unhappy. Just 89 fewer people was enough to cost his state a seat in the U.S. House.

CUOMO: Eighty-nine is the differential. Do I think it was accurate to within 89? No, and we’re looking at legal options. Because when you talk about 89, I mean that could be a minor mistake in counting.

BROWN: Cuomo blames the Trump administration for the alleged undercount.

And the legal challenges that preceded the 2020 census seem likely to drag on for years to come. In the meantime, state legislatures are scrambling to redraw their districts ahead of next year’s midterms.

EICHER: Joining us now to talk about all of these congressional changes is Mark Caleb Smith. He’s a political science professor at Cedarville University, a Christian college in Cedarville, Ohio. Good morning, professor!

MARK CALEB SMITH, GUEST: Good morning. It's good to be with you.

EICHER: Well, for obvious reasons, the Census Bureau needed extra time to finish the 2020 count. But other than the delay, is there any reason to doubt the quality of the data this time out?

SMITH: I mean, not any more than usual. Anytime you're trying to count two to three hundred plus people, it's going to be difficult, to be complicated. There will be mistakes. There's just no way to avoid it. The real question, though, legally speaking, would be whether there are discriminatory mistakes—the kinds of mistakes that could result in a legal challenge, and a successful legal challenge. So based on what I know, there's no reason to dispute what we're looking at right now. But there will be some, I'm sure there'll be some court battles that unfold.

EICHER: And that's what I was going to ask. As we heard just a moment ago, you heard the Governor, Andrew Cuomo, considering legal options after his state lost that seat. Is that unusual? And how likely do you think it is that he'll succeed?

SMITH: It's not unusual, necessarily. I think a lot of this is driven by politics, obviously, to some extent. I mean, there may be a legal argument to make. But New York continues to slide in terms of population and in terms of influence—the Electoral College in the US House, in particular. And so I think some of his reaction is really trying to push back against that narrative, which is taking over New York for quite some time. You know, over several decades, we've seen them lose about 19 house seats, I think, over the last seven years. And so it's a pretty remarkable trend in New York State.

EICHER: Yeah, New York is big. But let's zoom out and look at the bigger picture for a bit. We know that some states picked up seats in the House. Others lost them, and it's a zero sum game. Whoever picks up, it means because somebody lost. But almost all of the changes were expected, no big surprises. It's only that they weren't as significant as some demographers predicted. Why do you suppose that is?

SMITH: A part of it is I think we're seeing maybe the slowing of a trend that's been unfolding for quite some time here. The population is shifting pretty significantly out of the Northeast and the Midwest, toward the South and the West. That was begun, as anyone could probably predict, it was begun by the advent of air conditioning in the South and in parts of the West. Once that became sort of a reliable household good, people began to flock in those directions. We've seen it pretty consistently over the last several decades, however, you're starting to see some of those states become expensive in and of themselves. You're seeing some of those things slow down a little bit economically, comparatively speaking. And so you know, the South thing is going to continue to grow. The West will continue to grow. But it wouldn't shock me if we're looking at a little bit of a plateau here.

EICHER: Now, there's been an awful lot of talk about how states that tend to trend Republican picked up most of the seats. But that doesn't necessarily mean a net gain for the GOP. I don't want to oversimplify. But that's true, isn't it?

One thing that we see is when people come into those states from out of that state, the politics within those states actually change as a result over time. And so you know, Texas is looking more competitive, for example, the statewide level compared to 10 years ago. And so, yeah, I think it's true Republican states tend to benefit, but there's no guarantee that those states will remain quite as solidly Republican now as they have done.

EICHER: So it's a very narrow margin in the House between Democrat control and possibility that the Republicans would take back control. So think a little bit about how the trend of politics is headed right now. And we know what the trends are for midterms for the first term of a new president. What do you think the net impact on the House is going to be? Do the Republicans have a really good shot at taking it back?

SMITH: I think they really do. I mean, as you said, the historic trend is for the president to suffer in those, that first midterm election fairly significantly. And honestly, I would expect that we would see that in 2022. Also, some of these new states with all these shuffling will have to result in redistricting. As you mentioned in the introduction, Republicans control the redistricting process and most of these states that are gaining seats. So you'd expect those new lines to be drawn in such a way that it actually benefits, potentially, more Republican House members than Democrats.

So I think all things being equal, I'd expect the Republicans to pick up some seats. However, you know, as the last year and a half has shown us, it isn’t always predictable what might take place over the next year. What role will Donald Trump continue to play in the party? Will we see more infighting and more difficulty maybe mounting? Unified message? A little bit too early to tell. But I think generally the trends look good for Republicans.

SMITH: Yeah, so once we get those redistricting, those census results, virtually all the districts have to be redrawn to some extent. Because when you have population shifts, then the lines around our political districts—whether it's state House, state Senate, or U.S. House seats—they have to be moved to accommodate those changing populations. Here in Ohio, for example, we're going to lose a House District seat, which means the redraw has to be more dramatic. In a case like that, you're going from a certain number of seats, you're seeing a decline take place. Now you're gonna have probably either an extra incumbent on your hands, or maybe someone will choose to retire, for example. And then they'll draw districts accordingly. It isn't shocking. Sometimes they put two incumbents in the same district, you know, and they fight it out in the next midterm election. So what will take place exactly? We'll have to see. But generally, the state legislature draws a map of the kind. There may be another body or the governor who signs off on it. And then that goes into effect for the next election. And of course, legal challenges might mount as they often do, depending on the nature of the lines that are drawn.

EICHER: But just to be absolutely clear that work has to be done in time for the next year's midterms.

SMITH: That's correct. Yeah, it needs to be done quickly. And it can be done quickly. If everyone is sort of on a similar page, there's fierce opposition to it, of course, the minority party will fight it all the way through the process. But if we're honest about it, in most of these states the party that's in power essentially stacks the deck in its favor, so that it's a relatively clean process if they want to make it that way.

EICHER: Are there any interesting trends within the states? I mean, does the census affect what happens in state politics? Or is this just a federal question?

SMITH: Yeah, it affects state politics as well. So those lower level districts are redrawn at the same time. So you know, you won't see a change in a county line, for example. But if the county contains two or three legislative seats, like in Ohio for the General Assembly, then those lines will get shifted around a bit in the process as well. And of course, population change affects a lot of policies that we look at. And so the distribution of government benefits—whether we're talking about something like Medicare, or public school benefits, or free lunch programs—those tend to get distributed based on population changes also. And so once the census comes out, there's kind of a cascading effect, a cascading policy effect that really starts in Washington and works its way all the way down to local government.

EICHER: Did you see any trend toward more urbanization, or did rural areas gain? What was the overall sense that you saw there?

SMITH: Now, generally, urbanization and suburbanization is the continued trend that we're looking at when it comes to our population shifts. You know, if you look at America now compared to what it was 50 years ago, or even more so 100 years ago, we've gone from really a pretty rural environment where significant amount of our economy was built around agriculture, to now much more of an urban-suburban environment. And that's really continued. The really only shift is which suburban or urban area are people moving to, whether it's in a coastal area or whether it's in the South or in the West. That's really the the only real mystery that we're looking at right now.

EICHER: Mark Caleb Smith is a political science professor at Cedarville University. Thanks so much for joining us today!

SMITH: Thank you. It's my pleasure.