How do health officials monitor potential problems with COVID shots? 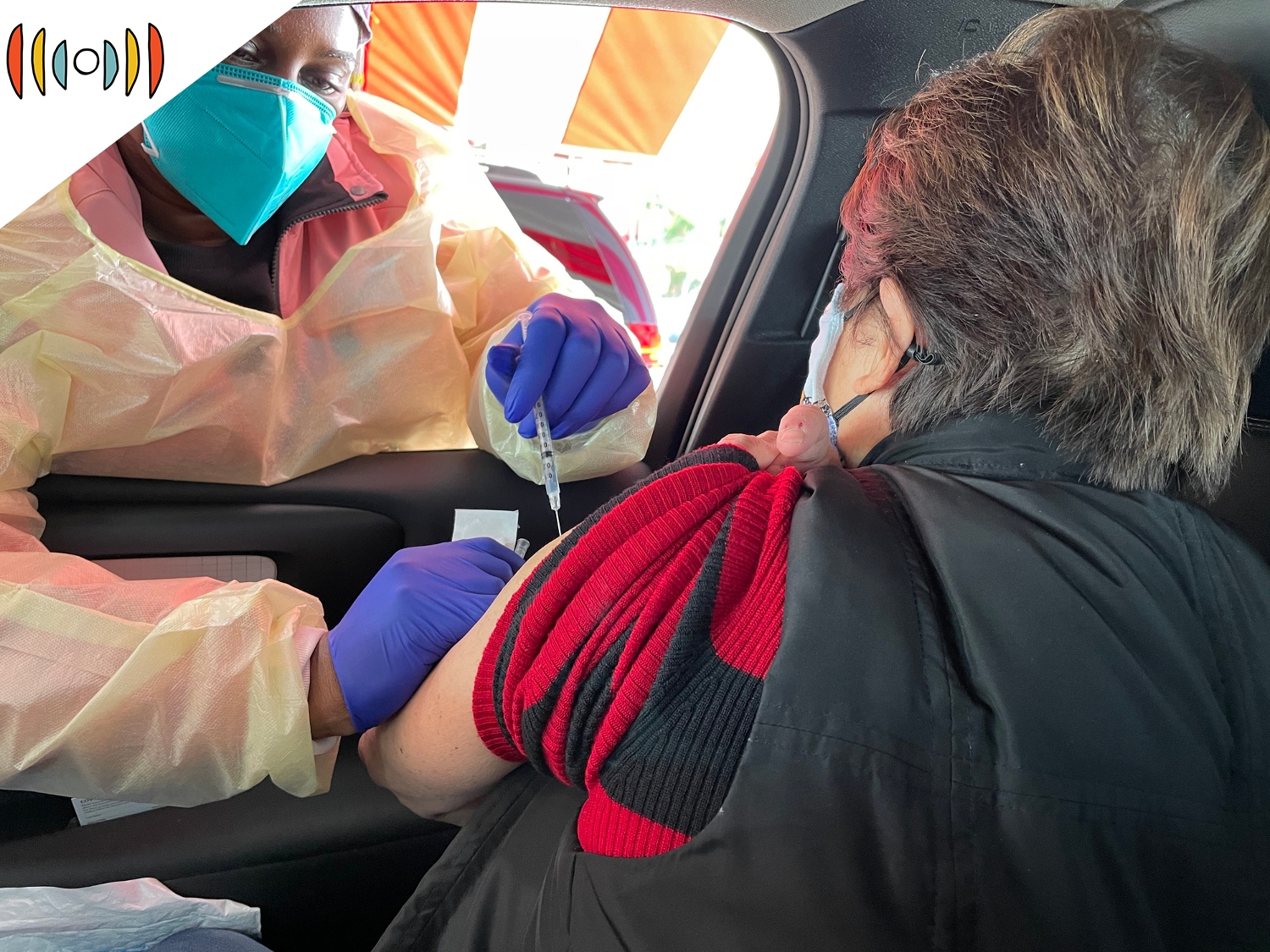 You’re listening to The World and Everything in It and we’re so glad you’ve joined us today! Good morning, I’m Mary Reichard.

First up: tracking the side effects of vaccines.

Federal health officials put the Johnson & Johnson COVID-19 vaccine on hold earlier this month. Reports linked the shot to a series of rare but life-threatening blood clots. The CDC and FDA have completed investigations and are set to decide tomorrow whether to clear the vaccine for continued use.

Still, the pause amplified fears about side effects of the vaccine. And many people wonder how health experts track safety problems. One official database in particular is raising a lot of questions. WORLD’s Anna Johansen Brown reports now on how it works.

ANNA JOHANSEN BROWN, REPORTER: If you’ve been on social media lately, you might have heard something like this.

SOT: And nobody is telling us how bad this vaccine is, how bad the side effects are. Patient received COVID-19 vaccine 1/9, died 1/17.

This Instagram user is reading reports from the Vaccine Adverse Events Reporting System, or VAERS.

He isn’t wrong. Those reports do show up on VAERS, an official government database. But do they actually prove that COVID-19 vaccines are dangerous?

JENKINS: The vaccine adverse support report system is really a public database. So anyone can actually submit any reaction to a vaccine to it.

This is Zach Jenkins. He’s an associate professor of pharmacy at Cedarville University and a clinical specialist in infectious diseases. VAERS is technically run by the Centers for Disease Control and Prevention and the Food and Drug Administration. But medical professionals aren’t the only ones submitting reports to it.

JENKINS: Problem with VAERS is that because it's a public database, and anyone can input anything, you end up with entries that still exist today, like someone's saying a vaccine turned them into the Incredible Hulk.

In other words, what you see on VAERS is completely unfiltered.

Susan Ellenberg is a professor of biostatistics, medical ethics, and health policy at the University of Pennsylvania. She’s pretty blunt about VAERS’ limitations.

ELLENBERG: When I was working with this at the FDA, I would say this is the worst possible database anybody would ever have to try and analyze.

Why? Well, not everybody thinks to report side effects, especially if they don’t expect the vaccine to have any. Some people assume their symptoms are a separate issue. So on the one hand, VAERS vastly underestimates the number of adverse events.

But on the other hand, it also overestimates.

There’s no guarantee that the vaccine caused the reported result. It might have been a separate issue, or a previous health concern. In VAERS, some reports say a person died a few days after getting the COVID vaccine, but that person also had cancer. And the report doesn’t list the actual cause of death.

To disqualify a vaccine, the CDC and FDA have to prove “clear biological plausibility.” In other words, a direct link: The vaccine does X and the result is Y.

Reports to VAERS tend to spike any time a vaccine gets a lot of publicity. People start to connect dots they might not have thought of before. And according to Susan Ellenberg, that’s not a bad thing. People should be aware of potential side effects so they can weigh the risks and make a decision for themselves.

ELLENBERG: We know that there's no such thing as a medical intervention that doesn't have, you know, any possible side effects at all.

Ellenberg recalls a case in 1999, when the FDA approved a vaccine to prevent rotavirus in infants. The clinical trials were pretty small.

Researchers looked into those cases and determined that yes, actually, the vaccine did cause that complication. So after about a year of having the vaccine on the market, the FDA scrapped it completely.

When it comes to the new COVID vaccines, even some doctors are concerned about long-term risks, side effects that haven’t shown up in clinical trials.

RYAN COLE: The long term safety data is not there.

Dr. Ryan Cole is a board certified pathologist and runs a diagnostic lab in Idaho. Here he is speaking at a forum hosted by Idaho’s lieutenant governor.

COLE: I’m not anti Vax, not tinfoil hat. I’ve had lots of vaccines. My kids have had vaccines, that’s fine…

But he has concerns about COVID vaccines.

Zach Jenkins at Cedarville University doesn’t agree with that view, because, he says, most side effects do show up within about six weeks. But he understands why some people are concerned or feel like they aren’t being told the whole truth. Articles raising questions about vaccine safety have been removed from social media platforms.

JENKINS: There's definitely been deplatforming that's gone on. And that, in my opinion, sends absolutely the wrong message whenever we do something like that.

He encourages people to talk to their own medical providers about their worries.

JENKINS: Talk with people who've actually read the primary literature and can interpret what that information means, what the bias was in the studies, whether it was influenced by any outside politics, that sort of thing. Have conversations with those individuals because I think they can give you a pretty honest answer about things.