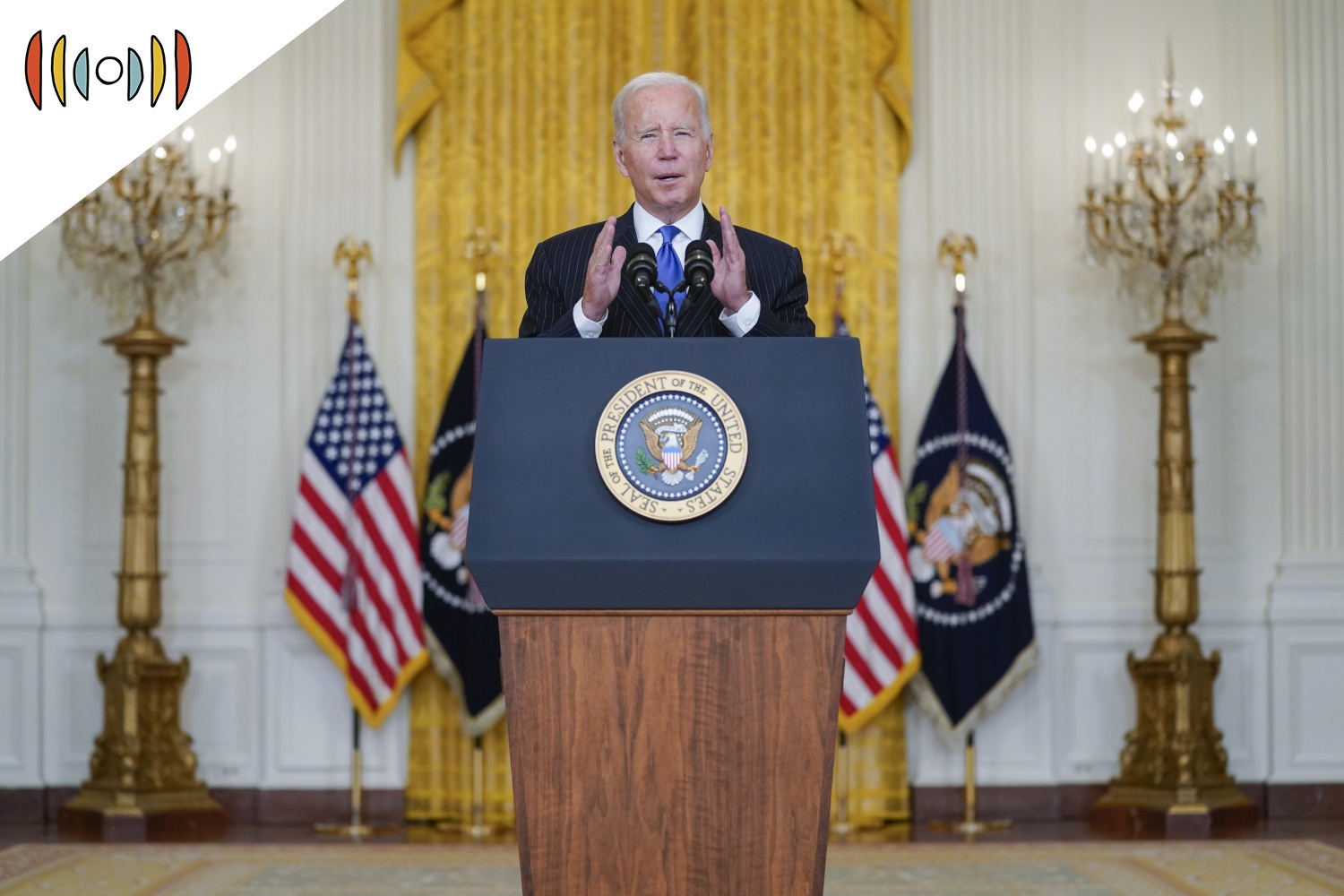 White House holds supply chain meeting » The Port of Los Angeles, one of the busiest in the nation, will begin ramping up its operations to help ease supply chain bottlenecks.

BIDEN: By staying open seven days a week, through the night and on the weekends, the Port of Los Angeles will open over 60 extra hours a week.

According to the Marine Exchange of Southern California, 62 ships are currently birthed at the ports of Los Angeles and Long Beach. Another 81 are waiting to dock and unload.

Together the ports account for 40 percent of all shipping containers entering the United States. Long Beach moved to 24/7 operations three weeks ago.

President Biden held a virtual meeting Wednesday with the heads of several companies that play an integral role in the U.S. supply chain. They included Walmart, FedEx Logistics, UPS, and Target. Representatives from the Teamsters Union and the U.S. Chamber of Commerce also participated.

Afterward, the president said the changes they discussed would have long-lasting effects.

BIDEN: Our goal is to not only get through this immediate bottleneck but to address the longstanding weaknesses in our transportation supply chain that this pandemic has exposed.

To help ease port backups, Walmart, FedEx, and UPS agreed to unload during off-peak hours, clearing the way for other cargo to move during the day.

Social security payments get a boost amid inflation worries » Meanwhile, the White House is downplaying concerns about inflation linked to supply chain shortages.

PSAKI: We know that what the Federal Reserve and Wall Street economists and others are projecting is that the rate of inflation will come down next year.

But until then, consumers are struggling to absorb higher costs on everything from food to gasoline. To help ease the pain for retirees, the Social Security Administration announced the biggest cost-of-living adjustment in nearly 40 years.

Monthly benefit checks will grow by 5.9 percent. That will raise the typical monthly payments by about $92 dollars. The change applies to roughly 70 million recipients, including disabled veterans and federal workers.

Nearly half of U.S. senior citizens live in households that depend on monthly Social Security benefits for half their income.

LEIGH JONES, REPORTER: Pandemic-related restrictions cut off nearly all vehicle, rail, and ferry travel between the United States and its northern and southern neighbors for the last 19 months.

But under new rules announced Wednesday, the Biden administration will ease restrictions for nonessential travel. Not everyone’s welcome though. Foreign travelers must be fully vaccinated to enter the country.

The new travel policy takes effect in November, when restrictions on air travel are also easing.

But the rules only apply to legal entry. Anyone crossing the border illegally will still be subject to removal under the pandemic policy put in place by the Trump administration and continued under President Biden.

The Alisal Fire erupted Monday and high winds are fueling its spread. Daniel Bertucelli is with the Santa Barbara County Fire Department.

BERTUCELLI: With 40-50 mile per hour winds, extensive drought and steep topography, it's just a perfect storm of a fire that's going to be very challenging to contain, and to control.

The fire prompted officials to shut down Highway 101, the famed coastal roadway. They also issued evacuation orders for the lightly populated area.

On Wednesday, the blaze was just a few miles from the ranch once owned by former President Ronald Reagan and his wife, Nancy. The president hosted several world leaders at the property then known as the Western White House.

FDA approves e-cigarettes » The Food and Drug Administration has authorized the first e-cigarette to help smokers cut back on traditional forms of tobacco.

The agency’s decision only applies to the Vuse Solo e-cigarette and tobacco-flavored nicotine cartridges sold by R.J. Reynolds. Regulators said data from the company showed the device helped smokers reduce their exposure to the harmful chemicals in traditional cigarettes.

The FDA is still reviewing applications by the most popular e-cigarette maker, Juul, and others. In September, the agency said it rejected applications for more than a million products due to their potential appeal to underage users.

E-cigarettes have been sold in the U.S. for more than a decade with minimal government oversight. But companies must now prove their products benefit public health.