The fight to stop vaping 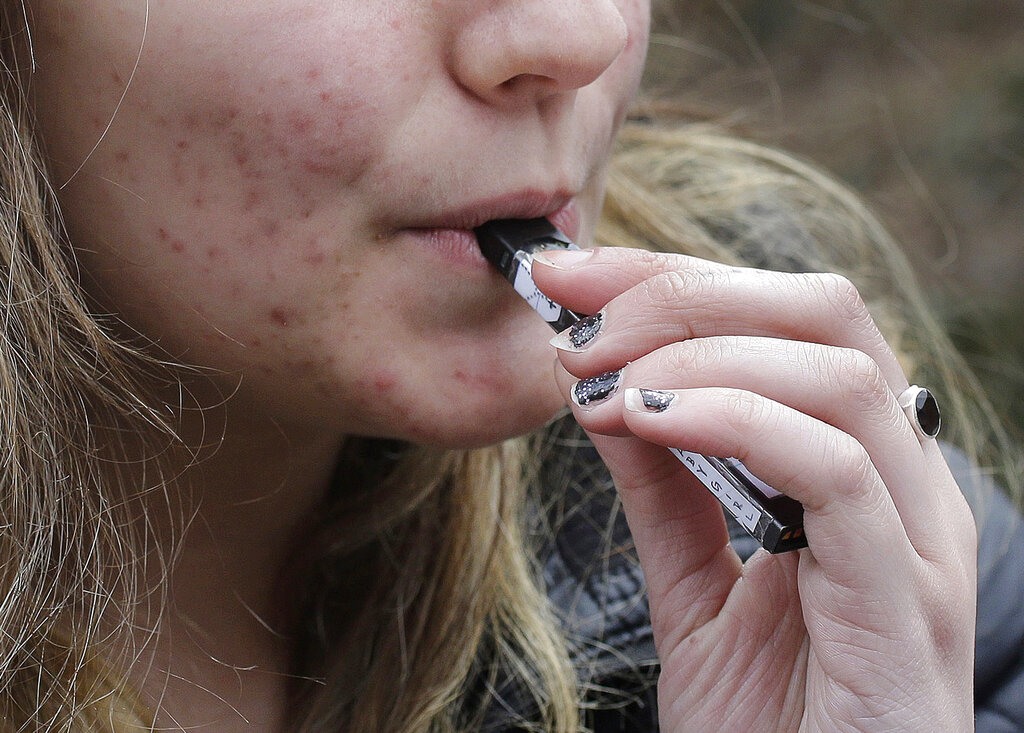 NICK EICHER, HOST: And I’m Nick Eicher. First up on The World and Everything in It: Vaping.

If you don’t know the term ‘vaping’, it’s like smoking, except it’s done with a battery-powered vaporizer—that’s where ‘vape’ come from—a vaporizer that simulates smoking, but without burning tobacco.

Doctors report patients with severe symptoms from it: difficulty breathing, chest pain, nausea, and vomiting. These patients suffer severe lung damage, similar to chemical burns. More than 1,000 cases have been reported, and at least 19 people have died.

And now the Centers for Disease Control and Prevention warns everyone to stay away from vaping—at least until they figure out what’s going on.

Vaping isn’t really new. It’s been around for at least a decade. So why is all this happening now? WORLD Radio’s Anna Johansen has our story.

ANGIULO: Somebody had introduced me to a vapor pen and I noticed it could, you know, fulfill my desire for nicotine.

ANNA JOHANSEN, REPORTER: Frank Angiulo used to be addicted to cigarettes and chewing tobacco. He was overweight and had bad asthma. Then, he started vaping instead of smoking.

ANGIULO: It was a positive effect. It increased my workouts by like 100% once I became a full time vaper.

Angiulo says vaping was “heaven sent.” His asthma went away and he started working out. He opened his own vape shop in 2012. It was a huge success. In the first year and a half, he opened four locations and took in a million dollars in revenue. He says doctors would send people to his store to help them quit smoking.

But now, it’s a different story.

NIFORATOS: I don’t know who in their right mind would want to vape right now given the situation with people’s lungs collapsing, people dying.

Luke Niforatos is a senior policy adviser for an organization called SAM: Smart Approaches to Marijuana. SAM works to decrease all types of marijuana use—and that includes vaping.

NIFORATOS: A vaping device looks a lot like a USB drive that you’d stick in your computer and you stick little pods in it that have oils in them and you can use it for really any kind of drug delivery you want.

Adults might use e-cigarettes to quit smoking. But teens are attracted to flavored vaping products with catchy names like “Unicorn Milk” and “Razzledazzle.” They give it a try and become addicted.

NIFORATOS: Certainly the companies that create these products are not creating them so that users will stop using them.

No one is completely sure what’s causing the lung damage in so many Americans. Seventy percent of patients in these cases used marijuana vapes before being hospitalized, so THC could be the culprit. Early investigations said vitamin E might be a factor. Frank Angiulo believes salt nicotine is to blame. Bottom line: It’s something about vaping, but no one is really sure what that something is.

AMESBURY: The liquid that is heated actually is technically an aerosol and it’s an aerosol of many chemicals.

Dr. Stephen Amesbury is a lung doctor in Illinois. He’s seen multiple vaping-related cases in the past few months. One patient had been vaping regularly for years. Another had just started two weeks before.

AMESBURY: People are unaware, especially young people, that there’s anything harmful in it. They really think it’s just a simple flavored water that they’re breathing in and breathing out and that it’s all harmless.

It’s definitely not a simple flavored water. There are a lot of different chemicals in vaping products. Heating those ingredients to 4- or 500 degrees creates new chemicals. And while some ingredients are safe to eat, it’s not always safe to vaporize them and inhale them deep into your lungs.

Chris Bostic works with a group called ASH: Action on Smoking and Health. He says it’s time for the government to step in.

BOSTIC: This is exactly what governments are supposed to do, which is to look out for their citizens in terms of third parties that could harm them.

But what kind of steps should the government take?

BOSTIC: I do think there’s a bit of hysteria. It looks like they may be overreaching a bit. But I don’t blame them at all because it’s better to take a precautionary approach.

Bostic thinks the federal government should go through with its plan to ban flavored vaping products. That would help decrease the appeal to teenagers. But some states are taking it a step farther. Massachusetts completely banned vaping. Bostic thinks that’s a bit too much.

BOSTIC: I wouldn’t want to see them take all e-cigarettes off the market because there are some people who have moved to e-cigarettes from regular cigarettes and we don’t want to take away the only option from them there.

Luke Niforatos says vaping can be a helpful tool to help people quit smoking, but not with the way things are now.

NIFORATOS: If it truly is a cessation device, then the FDA should regulate it as a medical device that you should be able to get a prescription for from your doctor. And you should get your vaping device from a pharmacy, in my opinion.

That would set higher standards for vaping products. They’d be more closely regulated and controlled.

Vape shop owner Frank Angiulo says that something needs to change, but the government ought to be careful.

ANGIULO: In no way, shape, or form should they rush to judgment. They should really focus on what’s actually causing these ailments. If overall vapor products were to have been a problem, they would’ve noticed years ago.

NIFORATOS: Ultimately what people need to understand is your lungs should not have anything outside of oxygen in them.