How Dave Radford of The Gray Havens developed his songwriting style 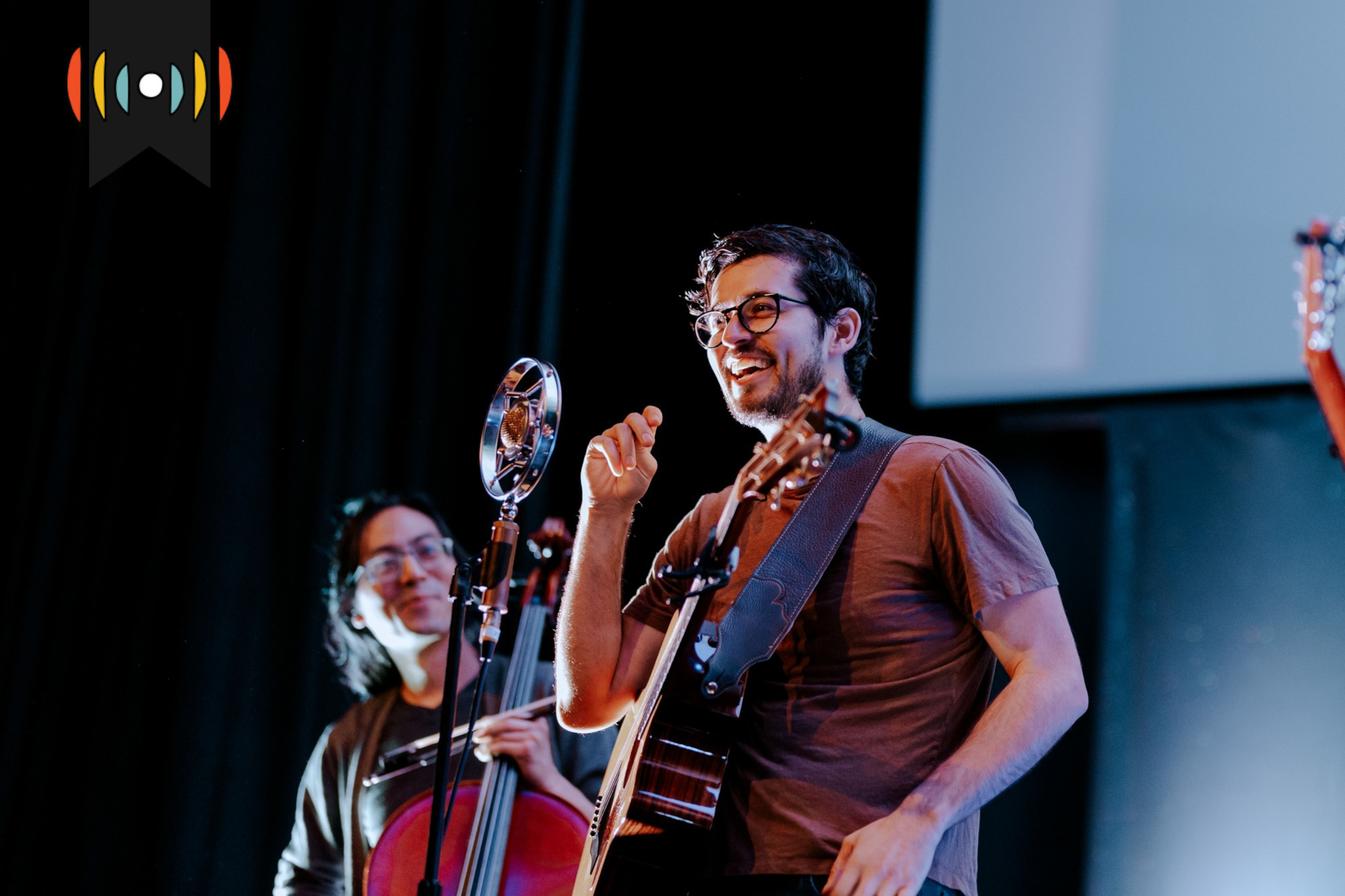 MYRNA BROWN, HOST: Today is Friday, November 11th. Good morning! This is The World and Everything in It from listener-supported WORLD Radio. I’m Myrna Brown.

NICK EICHER, HOST: And I’m Nick Eicher. Next up…The Gray Havens. You might be familiar with the fictional harbor on the coast of J.R.R. Tolkien’s Middle Earth. But these Gray Havens are landlocked, smack in the center of the U.S. Nashville, to be precise.

BROWN: The Gray Havens is a musical group. A husband-wife duo who take much of their inspiration from writers like Tolkien and C.S. Lewis. They also present theological truths packaged in story form. WORLD’s Anna Johansen Brown says that’s what sets the group apart, providing rich source material for one album after another.

AMERICAN IDOL - RADFORD SINGING: Oh the Autumn wind and the Winter wind, they have come and gone...

ANNA JOHANSEN BROWN, REPORTER: Back in high school, Dave Radford was a crooner. At age 17, he broke into the top 24 on American Idol, season five.

Audition: Sammy Davis Jr., Dean Martin, all that rat pack age, that’s totally who I am.

But then Radford started writing his own music. A different set of musicians informed his songwriting.

RADFORD: And all my favorite singer songwriters were storytellers like Paul Simon and Cat Stevens and James Taylor.

And a specific set of authors informed his lyrics. Writers like J.R.R. Tolkien and C.S. Lewis, and the way they wrote theology into stories.

Narrative pop folk isn’t anything like contemporary Christian worship music. You won’t hear it on a radio station like K-Love: A catchy pop beat, usually with stringed folk instruments, but paired with allegorical, storytelling lyrics.

In 2012, Radford married his wife Licia. In 2015, the duo recorded their first full album, “Fire and Stone.” It’s an eclectic mix of folksy songs, rich with charm and allegory.

“Jack and Jill Part 2” tells the story of Jack who falls down a hill, hits his head, and goes to another kingdom…where he meets other nursery rhyme characters, all tipping their hats to Biblical double-meanings. Like Mary who had a lamb and he was white as snow.

JACK AND JILL PART 2: He cried, no I saved my robe and my ring for you. Yes, I'll throw you a feast as soon as the cow gets back from the moon...

Most of the songs on the first album were from Radford’s college days, written here and there over years. But as the duo started looking ahead to more albums, Radford started running into a problem. The music came easily. The lyrics, not so much.

RADFORD: There's nothing more, I don't know discouraging in to me in music, then sitting alone at a piano with a chord progression that you like and the melody that you like, and no idea how to say the thing that you want to say.

He calls it playing matchmaker. Here he is in The Gray Havens Podcast, explaining his process.

GRAY HAVENS PODCAST - RHYTHM OF THE EAST: I’ll come up with all these different lyrical ideas or phrases and I’ll bring it to the music and kinda say, eh? Like is this what you want?

The uniqueness of Radford’s new style was both a blessing and a curse. Finding an audience was tough. The Gray Havens used a grassroots approach, doing home concerts and Kickstarter funding. When they landed a collaboration with a more well-known hip-hop artist, things started to take off.

Sometimes, the songs can be a little too hazy, with fewer solid melody lines to hum along with. But the lyrics continue to offer profound truths wrapped in narrative, often allegorical form.

RADFORD: And that book is basically Lewis's life story as told through the lens of this one recurring experience that he calls joy. And he defines as an unsatisfied desire, more desirable than any satisfaction.

At one point, Lewis uses a symbol to represent that longing: The Blue Flower. It’s a symbol from German Romantic literature meant to represent that wistful, bittersweet longing for a thing we don’t fully comprehend. For Lewis, it hit him often when he was out in nature looking at a landscape or a tiny garden in a tin.

THE BLUE FLOWER: Saw you blue flower and who’s to say where you come from…

RADFORD: And the continual question that he keeps asking, is, does this feeling or experience have a source?

RADFORD: Lewis would say that it primarily serves as a signpost to who God is and the New Jerusalem ahead.

THE BLUE FLOWER: Felt you blue flower in my soul

You got me longin' for somethin' more,

At the end of his autobiography, Lewis writes that the bittersweet longing has lost much of its fascination for him.

RADFORD: Because he knows where it comes from now. Once he believed in the place itself, the signs on the side of the road felt less important than the destination itself.

Right now, Radford is in the middle of writing a new album. This time, a collaborative project. He hopes that having other musicians involved will spark new ideas and keep the lyrics flowing.

RADFORD: So it might just that I get bored easily and when I always try new stuff, but we're always trying to serve the song and ask ourselves what is the song need to be more like itself? And that's always exciting to me.

THE BLUE FLOWER: If only I could finally reach you,

The garden’s where you grow....