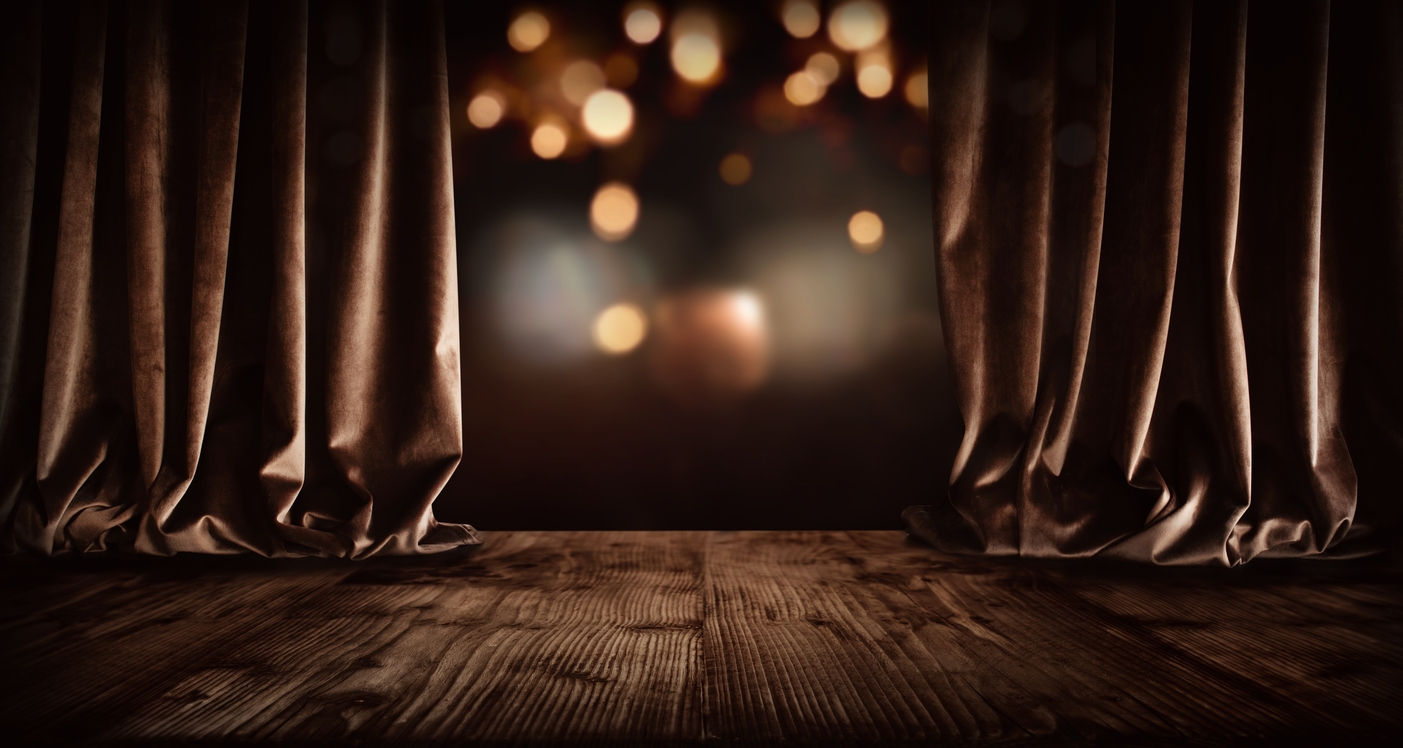 MARY REICHARD, HOST: It’s Tuesday, the 22nd of September, 2020. Thank you for listening to today’s edition of The World and Everything in It. Happy to have you along! Good morning. I’m Mary Reichard.

Theaters and concert halls were among the first to shut down because of COVID-19. It’s hard to meet social distancing guidelines within most venues that usually accommodate about 1,000 people. Many arts groups have been waiting in the wings, hoping they’ll be able to start performing again soon. But when is soon? And can they survive until then?

ANNA JOHANSEN, REPORTER: The Raue Center for the Arts is an old theater in a little downtown district about an hour north of Chicago. It was built in 1929. Red velvet seats. Starry ceilings. The marquee out front has yellow bulbs that flash in rippling patterns. The theater has cautiously begun to reopen, having a few artists perform for audiences of 50 in a space meant for 750.

But finding an audience these days can be a challenge. Richard Kuranda is the Raue’s executive director.

KURANDA: A healthy percentage of our demographic are over the age of 55. I think the older demographics who typically go out to support the arts are going to be very shy of returning just based on health concerns.

So, to survive financially, the theater has had to branch out.

KURANDA: This past June, we ran an art auction. We started online classes for children. We’ve had some chalk competitions on the sidewalks downtown.

The Raue is treading water financially. Kuranda says it was a stroke of dumb luck that the theater paid off almost all its debt a couple years ago, giving it a better shot at making it through a lean season. But other theaters aren’t so fortunate.

KURANDA: So I think the last number I saw from one of our trade organizations was an estimate that something like 60 percent of the theaters were not going to be able to survive past November without severe government funding.

The iconic Mercury Theater in Chicago has already shut permanently. Like many arts organizations, it streamed online content for months, but that didn’t generate enough income. In June, it finally closed its curtains for good. The theater’s business manager said simply, “We cannot plan for an imaginary future.”

Another theater in the area, the Paramount, plans to hibernate until spring. By then it hopes COVID-19 will have blown over and the theater can reopen to full crowds.

And the Paramount isn’t the only venue adopting that strategy, which has been a problem for Abigail Henninger. She directs Magnum Opus, a Christian ballet company in Madison, Wisconsin. Henninger usually rents theater space for performances, but with so many venues closed until next year, she’s had to look elsewhere.

HENNINGER: Right now we’re currently renting out places like community parks or outdoor amphitheaters and hoping and praying for good weather as we do that.

Dancing outside is a very different dynamic than dancing on a professional stage. You can’t just throw the dancers out on concrete pavement at a local park pavilion. That’s actually dangerous for the performers.

HENNINGER: So we have invested in outdoor flooring, in specific sprung floor that is definitely going to cushion the dancers and protect the dancers’ ankles and backs.

Henninger sees that special outdoor flooring as a positive investment. One she never would have made without COVID-19 regulations forcing her to think outside the box. But now that she has it, she’s thankful.

HENNINGER: I think that we’re going to be much more portable in general and it’s going to open up new venues and new ideas of how we can perform in the future.

The real test for many arts organizations is going to come when the weather turns cold or wet. The holidays are a crucial time for fundraising. And many ballet companies count on a Christmas performance like the Nutcracker to generate a lot of income.

The Houston Ballet already lost millions of dollars from canceled productions this spring. Its annual Nutcracker typically generates $5 million in revenue every year, but not this year. It’s already been canceled.

WELCH: We could have a loss of anywhere between $11 and $17 million, I think is the estimate from our budget.

The ballet furloughed a lot of staff this spring and just brought its dancers back to restart rehearsals at the beginning of September. They’ll start with filming content to stream online, and hope to start live performances in December. But that plan, of course, could change.

WELCH: I’ll tell you what it’s taught me is to not plan anything. And I pace around the house and I have tables with different plans and then every morning you wake up and you’re like, Okay, which one? Which one are we pushing for today? It’s crazy.

Carol Engelhardt is the executive managing director of the Chicago branch of CYT, Christian Youth Theater. Students age 8 to 18 sign up for classes with CYT, and then have the option to audition for full scale productions. Those productions are the big draw, but they’re also the hardest to coordinate. Like Magnum Opus, CYT rents theater space from other venues.

ENGELHARDT: A lot of our venues expect pretty hefty deposits, 40 to 50 percent deposit, but you haven’t necessarily brought in any income from ticket sales or from student participation.

CYT Chicago has canceled all fall productions and will try again in the spring. But until then, it’s tough keeping kids engaged in classes. Try having a vocal class where every student has to stay, not just 6 feet apart, but 12 feet apart because of extra-stringent regulations on people singing. Engelhardt says only a third of the expected students signed up for classes this fall.

ENGELHARDT: It’s going to be a really tough year.

So does she think CYT Chicago will make it through this?

ENGELHARDT: Yes I do. Lord willing, I do.

Richard Kuranda at the Raue says live performances will look different in the future. They’ll be small, community-oriented performances instead of mosh-pit festival events. But he, too, has hope for the future.

KURANDA: I think the arts will definitely bounce back. Once we do come through, I think there will be an outrageous birthing of new arts organizations.

Kuranda says audiences and artists are just waiting for the right cue.