Pain at the pump

WORLD Radio - Pain at the pump 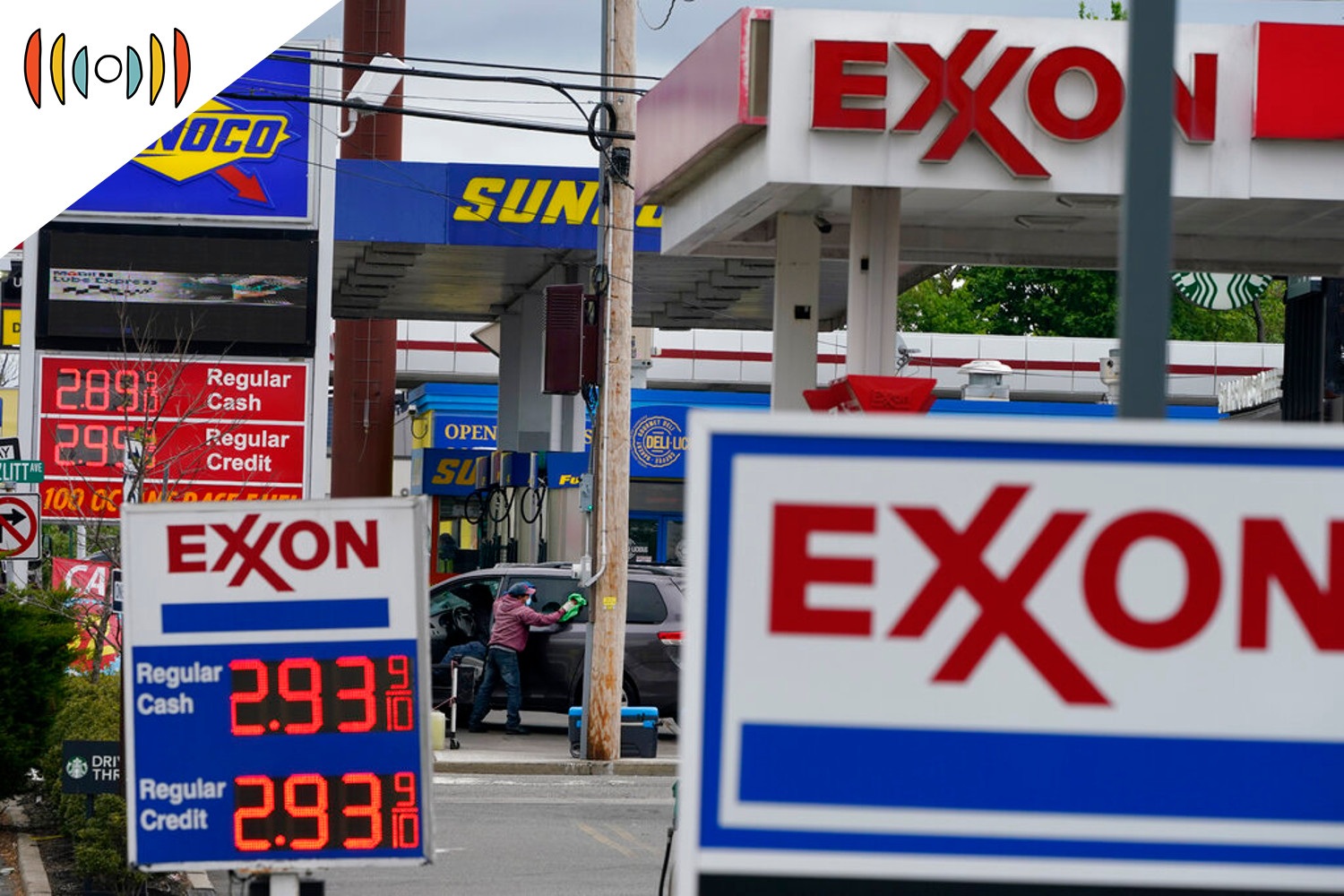 First up, getting from point A to point B.

Consumers are seeing a 30 percent increase in the cost of a gallon of gas. Granted, that’s compared to last year when fuel was in dramatically less demand and prices plummeted. But, other than the economy reopening, what’s driving the price spike? WORLD senior correspondent Katie Gaultney reports.

GAS STATION CUSTOMER 1: How much is it going to be this time? That’s the first thing that comes to mind.

GAS STATION CUSTOMER 2: Every time I go to fill up, I’m like, “Are you serious? Ugh!”

And with road trips on the horizon, consumers shouldn’t expect prices to fall any time soon. In fact, analysts expect fuel prices to reach a three-year high this summer. Nationwide, prices are hovering just below $3 a gallon for a tank of regular, on average.

So, what—or who—can consumers blame? Certainly not gas station owners. Karen and Jessie Chhina own and operate a Chevron just north of Dallas. Between taxes, freight, and credit card fees, their margins are already—well, on fumes. And this comes after a year of very little business during the pandemic.

CHHINA: I would say like 50, 60 percent business is down…

And, COVID’s financial toll means people aren’t spending as much inside the store.

CHHINA: I even ask them—you know how you know your customers? They buy certain type of soda, certain type of candy. But I’m like, “You don’t want your M&M?” “No, Miss Karen, we have to cut down.”

So, it’s not the individual operators setting the high price. Who then? Some Republican leaders point the finger at President Biden, saying the federal focus on alternative energy and climate change triggered a spike. Philip Rossetti is a former director of energy policy at the conservative American Action Forum. He says Biden’s administration isn’t to blame.

ROSSETTI: I would say Biden's policies are not the big explanation for what we're seeing right now. I think that's more of a long-term issue.

BARRETT: Right before the pandemic, Saudi Arabia and Russia were kind of in a price war. And so production was ramped up above probably what it really should have been at, and that was pushing prices down.

Add to that turbulent environment a sudden halt in production as governments closed businesses and restricted travel. Rossetti again:

That caused the price of oil to crash almost overnight, and gas prices plummeted with it. Now, suppliers have an opportunity to begin to rev their profit engines. But, Barrett calls oil and gas a “slow-moving industry.” Many oilfield wells went offline during the downturn, and it will take suppliers time to catch up to demand.

BARRETT: They're kind of cautiously moving to gradually increase the production.

Another annual factor: As the temperatures climb, so do gas prices.

ROSSETTI: Gas prices fluctuate with the seasons. Summer tends to be the most expensive time...

Is there any reason to hope drivers will get some relief anytime soon? Both Barrett and Rossetti say probably not. At least not in the next few months. For all of the contributing factors, surging gas costs come down to market dynamics: relatively low supply and rising demand.

Barrett pointed to increasing confidence as people re-enter public spaces and plan travel after getting the COVID-19 vaccine. And more employment and stimulus money means more people may find travel economically feasible, despite the higher cost of a tank of gas.

BARRETT: The American economy and several other economies seem to be moving along nicely again, as the vaccination rates are going up and, and, and all of this. And there's obviously been a lot of stimulus that's put into the economy.

One hopeful note for drivers: OPEC and its allies, like Russia, have agreed to gradually increase supply through June. The cartel will decide at a June 1st meeting what actions to take to impact July and August pricing.

SONG: BABY YOU CAN DRIVE MY CAR BY THE BEATLES