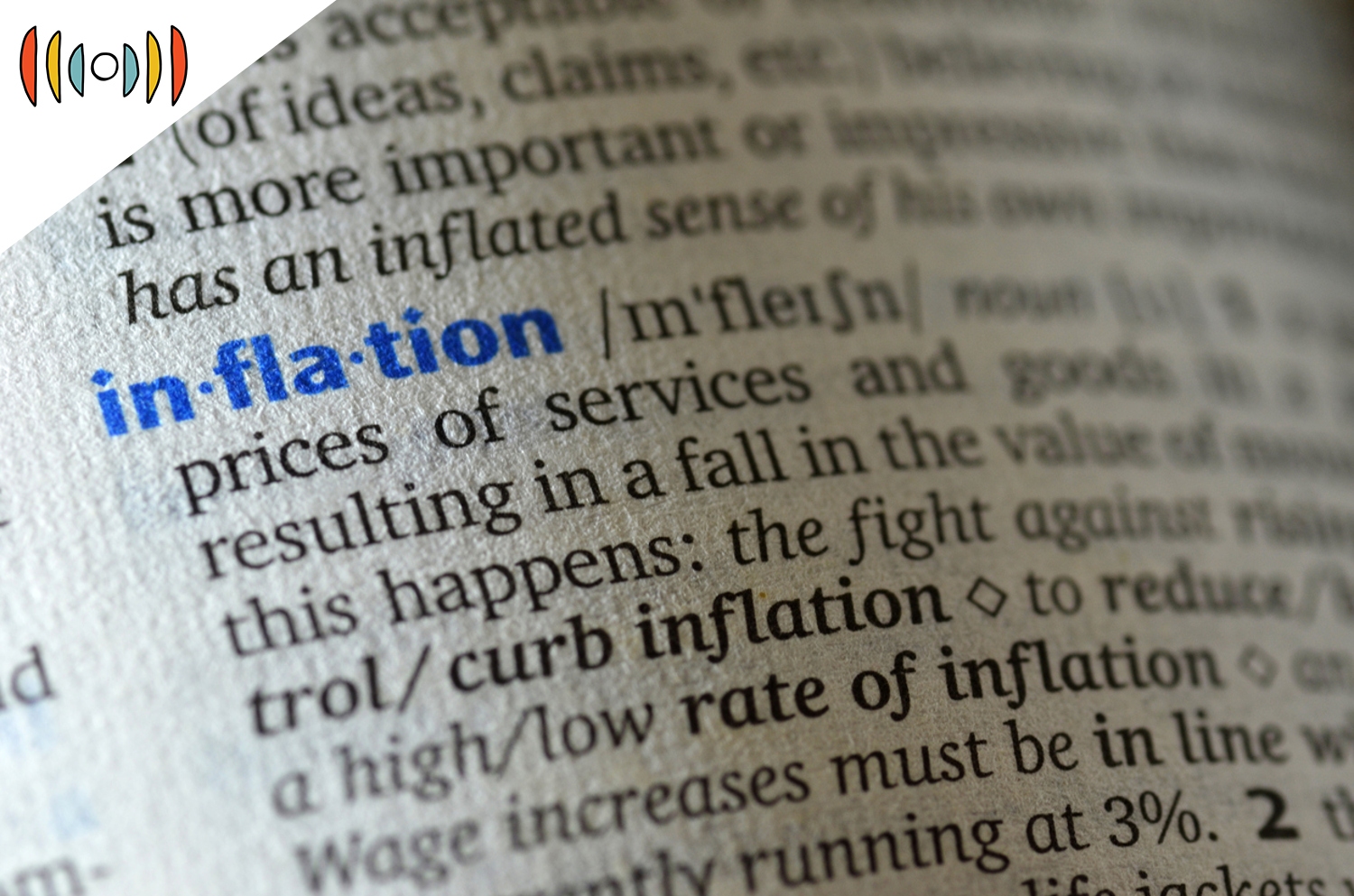 DAVID BAHNSEN, GUEST: Well, good morning, Nick, good to be with you again.

EICHER: David, you’ve seen all the mail that’s been coming in. Listeners are hearing and reading stories about inflation and they need to know how to interpret that. So I chose one letter to represent the many who’ve had essentially the same question, and I want to give you plenty of room to stretch out and explain it.

So here’s what the letter says: "I have been listening to the Monday Money Beat and I have heard some discussion about inflation but maybe there are different types of inflation. The type I am concerned about is rising prices and the value of savings falling. From my perspective I see shortages in many places driving up prices. The price of cars, lumber, certain grocery items, anything recreational, electronics, etc. are all going up." Skipping to the end, "[Then you] Add to that the Government giving people cash to spend making them more willing to pay higher prices and I think you get what we have. Can you clear up my thinking? I am concerned."

And ultimately, a lot of the things people are worried about representing too much money, we've learned that the quantitative easing, this thing of the Fed adding to their balance sheet is adding reserves to the banks, but it does not add money into the system, unless a bunch of people go demand money, and there is so much activity in the economy, that then it creates new money that turns over. Because one guy is doing a transaction with another guy who then takes the money and does another, and that's called velocity. It's a complicated word. But that's where you get inflation. We have the lowest velocity in history right now.

So I think what we have to look to is this issue of rising prices and say, what's going on? And I think it's three different things. And that's the problem is when our analysis leads us to view it all as one and the same.

There are some issues that are what we call base effect. And there's just simply no denying that some of the price increases we've seen are coming off of price decreases from a year ago, and so the increase looks dramatic because of the base effect—because of what base price it is moving from 12, 13, 14 months ago. So the question is, why are prices rising now? And is there anything going on more than recovering from the low prices of a year ago? And the answer is yes.

The second factor are supply chain disruptions. That's very much at the heart of a lot of the issues this week with auto manufacturing. There is a massive delay in getting various things to the country that are involved with making various things, and therefore that lower supply and constriction on production leads to higher prices.

The third piece is indeed cyclical inflation. There are some aspects where you just have to say that housing prices, lumber prices, certain inputs that are commodity related, are in right now reflating and that we're in a bout of this cyclical inflation.

And the most important thing I can say about this topic is that the type of price increases we're seeing now are in no way contradictory to the debt-deflationary thesis that I think is much more concerning. That is, the growth in the economy that is taking away loan demand and ultimately, the growth in the future that we have spent in the present, the so-called Japanification.

This is very similar to what I think we saw post-financial crisis. We saw a continuation of it now into this COVID moment. And I think with COVID, both the fiscal side—Congress’s willingness to spend money incredibly—and the Fed's willingness to be incredibly aggressive in the medicine they gave the patient, those were both emboldened by the what they believe worked out of the financial crisis: 'Hey, we did a bunch of really crazy aggressive things. The world didn't end. Now let's do it again, but just add a few more zeroes.' That's kind of the world that we're living in.

But as far as that question that I've given a very long answer to about pricing, I think it's a real concern. But I think it's coming from three different things. And those three things are base effect, supply chain, and cyclical inflation. They all need to be understood distinctly from one another.

EICHER: I do want to ask you about the big newsy supply chain issue, which was Colonial Pipeline with the hack and the shutdown of fuel supply, and we saw gas lines. We’ve talked about the danger of cyber-hacking and we’ve seen a little reporting on the subject, but this was the big one that everybody paid attention to. What's your analysis on Colonial Pipeline and cyber hacking? And how big of a part of our economy is this going to be going forward?

The reality is that now people know, right now there there was a whole group of people in the eastern part of the United States that went without oil and gas this week and had prices skyrocket. And the reason why is because we rely on pipelines to ship, and when and when we don't have an adequate amount of pipelines. I mean, it's just absolutely inexcusable, that one pipeline gets hacked and there wasn't another pipeline that could deliver from a competitive company. But why is there not that competition? Because we have not built enough energy infrastructure in this country. Period.

But the second piece was the the hacking the gangster criminality, and that they got paid. And then they got paid with crypto, which to me may be the very first step that brings down this utterly ineffective, disastrous, speculative tool that right now is being used only for rank criminality. So that's my view. I think it is potentially the beginning of the end of mainstreaming crypto, but I most certainly think it is the beginning of a new understanding and appreciation for pipelines in our country.

EICHER: David, I’m gonna let you go. Thank you for the thorough answer to our listeners who wrote in.

BAHNSEN: Anytime, I love doing it. We have, it's really neat how thoughtful the listeners of WORLD are. It's great.

EICHER: David Bahnsen, financial analyst and adviser. He writes at DividendCafe.com, and you can sign up to have his newsletter delivered to your email if you’re interested. Thanks again. I hope you have a terrific week. Talk soon.

Have to say, if Mr. Bahnsen is doing a good job of explaining things, then I’m dumber than I thought. Because three-fourths of what he said, I couldn’t understand.