Moneybeat: The persistent problem of inflation 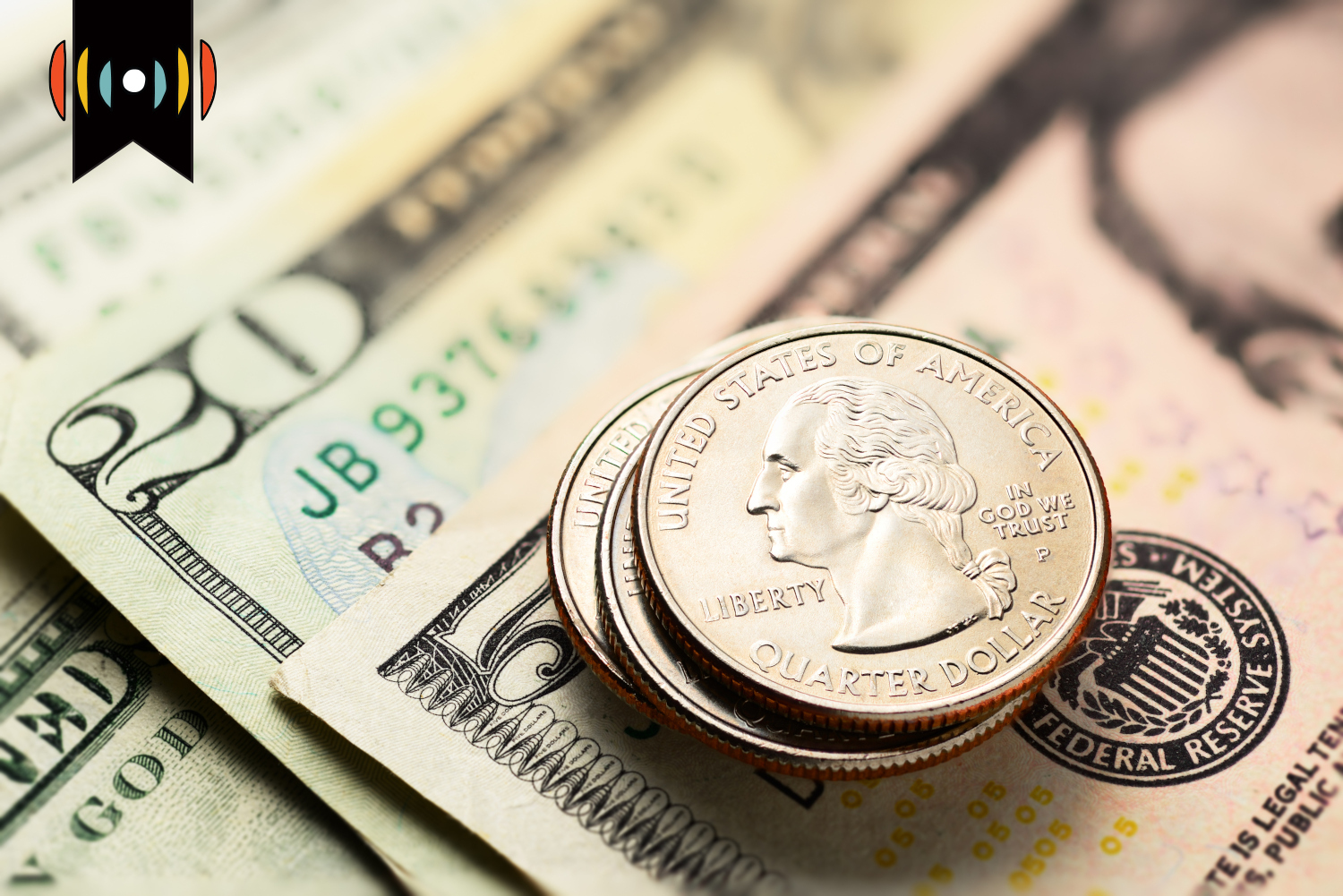 DAVID BAHNSEN, GUEST: Doing very well, Nick. How are you?

EICHER: Doing well, but we need to talk about what not doing well and that’s inflation. Let’s jump the new inflation number just out last week. This one is the preferred number, the one the Fed takes most seriously. It’s called the PCE—personal-consumption expenditures—and it’s distinct from the CPI, consumer price index. So the PCE showed 6.2 percent year-on-year inflation for the month of August. The core-PCE number, when you back out volatile categories—that’s food and energy—the core-inflation for August year-on-year is almost 5% - and that’s higher than July. Any surprise, David?

BAHNSEN: Yeah, it wasn't a big surprise. That number didn't do much in terms of where we are going forward, there was a CPI number that everyone knows about from August that showed food inflation moving higher, even as energy had come down. And then the PCE number, which has a lower weighting in housing than CPI, but is more delayed, and it was really reflecting rent increases from about three months ago. And now since, you know, we get real time data from other various housing sources, we know that August was the first month in years where rent was actually down and nationally, month over month, which is, again a reflection of a softening economy, and also the fact that housing, both rents and purchase prices were just so overinflated. So it just has to do with the lag. Really, I think food inflation is going to come down to the issue that most politically matters and most drives headline news around inflation. The volatility of energy inflation is kind of baked in at this point. There's a lot of geopolitics there - and a lot of manipulation. The strategic petroleum reserves have been just totally depleted, and now the administration is begging our US companies not to export globally because they need to refill stockpiles here. And those are stockpiles that our administration emptied. And frankly, I think that lower prices and housing and rent is a good thing. I think that those were just significantly overpriced and hit on affordability levels that were untenable. So food inflation is the area that most people feel in their pocketbook, because everybody does eat.

EICHER: Well, they do. I want to quote from an editorial in The Wall Street Journal on the inflation number, quoting now: “All of this weighed heavily on financial markets, with equities taking another header. The Dow Jones Industrial Average fell another 500 points … [and] wrapped up its third straight quarter of declines, the worst in the first nine months of a calendar year since 2002. So much for the summer sucker’s rally.”

How do you respond to that?

BAHNSEN: Yeah, I mean, we're past the point of markets being moved by inflation itself, it's now the knock on effects and on the bond yields having gone higher, and most importantly, the dollar rallying to extreme levels as the pound and yen and Euro are making multi-decade lows. Those are the issues that have really created a lot of disruption in the stock market. And so I wrote at Dividend Cafe, over the weekend about the reality of bear markets and where we now are, and I don't think anyone can try to time this bottom. It was an absolutely brutal September, the first half of the third quarter was a huge rally to the upside, and then it gave all of that back, and then some in the second half of the third quarter. And so when you get to that point, from a sentiment standpoint, where there's just very, very few buyers, no eager buyers, and an awful lot of selling pressure, it's just simply a matter of markets, finding that bottom and that capitulation. And there's no question historically that these are the times where opportunistic buyers can end up doing very, very well. As long as they can be patient. So markets are oversold, they'll get to a point where they find a bottom at some point, but what you never know is the length of the process. We all experienced a bear market during COVID that lasted 30 days. And when I began investing money professionally over 20 years ago, we entered a bear market that lasted basically almost three years. And so the average bear market has lasted about a year, we're nine months into this one. We've had now 13 since World War Two. And they're never fun for people to go through, but they always end and they always make new highs after they end. So that's sort of the nature of risk asset investing, equity markets in particular. And I think that this will end up having other knock on effects, it's going to definitely affect the administration and the midterm elections. There's a lot of history about the correlation between stock market and elections. I believe it's 58% of Americans that own stocks in some form or another with a 401(k) or retirement account or whatnot. And yet, in terms of those listening who happen to be investors, it really is much better to be buying things low than high. And so there's a ‘glass half full’ side to this as well.

EICHER: David, I want to get your thought on this inspector general report that tallies up fraud in Covid benefits—this is a Labor Department IG report—that identifies a total of $45.6 billion in fraudulent unemployment scams. This is three times what we’ve shipped off to help the Ukrainians fend off the Russians. Monumental scale of Covid-relief fraud.

BAHNSEN: Yeah, I've seen some that have the number far higher than that. Because it depends, I think, what category. When you go into falsely obtained PPP loans, that number alone is going to be higher than 45 billion. When you go into unemployment claims in California, I think the number is is very close to that. So the total ‘all in’ number is going to be hundreds of billions, not 10’s of billions. And you're right, that's going to prove much, much higher than what we sent Ukraine for support. I think two things, Nick, I think that it's a shame from the standpoint of virtue and character in American society, that that type of thing can and does happen. And that in a more virtuous society, there would be much less of that. And that is my aim, and something I pray for and think about every day.

The second thing I think about is that you really do attract grift and corruption when you start giving a bunch of money away. And so there's no justification for corruption and fraud just because the government is putting a sign up saying free money here. But it is going to happen. And in the case of PPP, I think that you can make an argument that they felt the possibility of some fraud was a small price to pay for what they needed to do to keep employment together and so forth. And with hindsight, I certainly think that they did it in a way that made it too easy to rip off the system. And while there were certainly some good borrowers, there were plenty who were not. So yes, this is the reality of public money being given away. There, the private sector, it could never happen. People would never tolerate it with their own funds. And it's an important economic lesson for us to remember.

EICHER: Speaking of giving money away, David, before we go, you saw the news that the Biden administration rolled back some eligibility on student loan relief. I heard one analyst saying this was an attempt to fend off what might be successful legal challenges to the whole program.

BAHNSEN: Yeah, I kind of thought that some of the headlines I saw this week about the administration's rolling back we're a little overdone, but I do think more is coming. But telling the private loan folks that okay, they're not going to get relief wasn't much of a rollback, because the federal government really does hold the vast majority of the loans on their balance sheet. And I don't think they have a constitutional right to do that. But I certainly never thought that they were even by their argument, claiming a right to forgive loans that were not even owed to them. And so that is what they peeled back here this week. But yeah, it's going to court and we're going to see what happens there. And my hope would be, and I have a sneaking suspicion, the Biden administration's hope is going to be that they kick it out and put an end to it in the courts. And why do I say the Biden administration? This thing has not been politically popular. I think they thought it was going to push them higher with some of the younger voters. But I think for the most part, it's done more harm than good, even politically, let alone what it would do financially and academically.

EICHER: I do want to encourage listener questions for David, just get in touch by way of [email protected]. Based on how many we receive, we’ll be sure to make time for them, going forward. But you can ask anything that’s on your mind around business, economics, and finance: [email protected].