Moneybeat - The economy gets some good news

WORLD Radio - Moneybeat - The economy gets some good news

Retail sales and weekly unemployment claims both trend in the right direction. 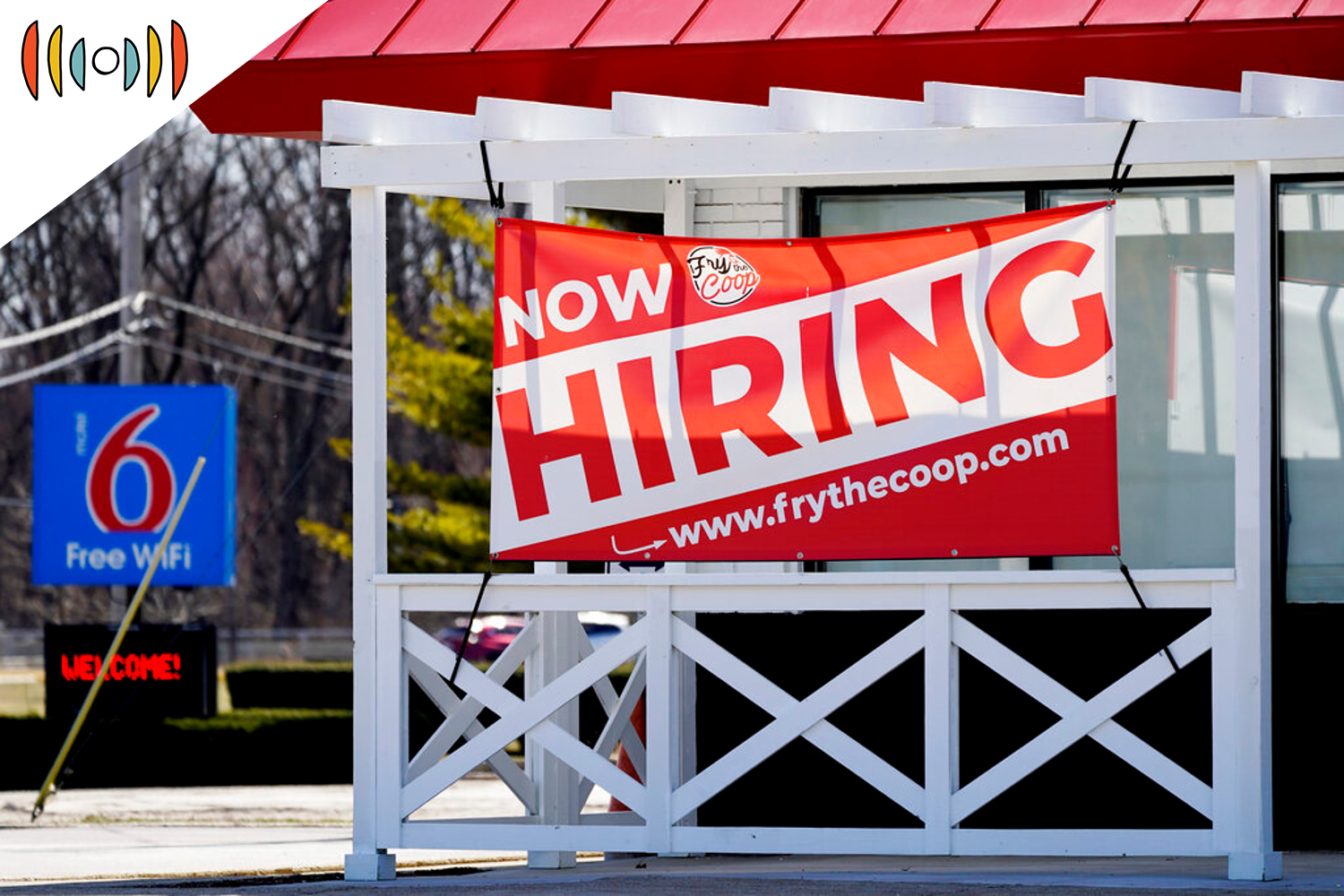 MYRNA BROWN, HOST: Next up on The World and Everything in It: the Monday Moneybeat.

NICK EICHER, HOST: Two strong economic reports for you today: First, the government reports retail sales showed a big spike up—just shy of 10 percent in the month of March versus February. Overall, retail sales is a measure of everything you buy at stores and restaurants and online, and it represents the biggest share of how we measure economic growth—the GDP number, gross domestic product.

The retail sales rise represents the biggest monthly gain since last May, but we have to place a conspicuous asterisk on the percentage gain because it’s a rise over a fairly small number. And so we have a lot of lost ground yet to make up. But still, gains are better than declines.

And second, weekly claims for initial unemployment benefits. We’ve been watching the trend as the economy continues opening back up and people start working again. The jobless benefits claims fell to below 600-thousand, and that’s the lowest number since March of last year. It’s a significant drop.

Here now to talk about it is financial analyst and advisor David Bahnsen. He joins us now for our weekly conversation. David, good morning to you.

EICHER: The retail report generated a lot of chatter in the business press. And I think when the listener hears that retail sales jumped 9.8% in March, he or she might say, That’s great, you know, we're getting back. What do you say about that?

BAHNSEN: Well, I mean, there were a lot of data points this week that indicate us getting back and the retail sales growth is one that I guess you're right, average Americans will probably resonate with the most, but it is the one I'm least interested in.

So all that to say, I will never in any economic environment be primarily interested in what the consumer number says. Because I'm so much more interested in the production in the economy.

So it's an economic concept that is at the moral, and existential core of the supply side economic movement.

So you have the virtuous cycle of productivity, driving consumption, which drives more productivity, and provides incentive for all the above.

This is contrary to the Keynesian view of economics, Nick, which says that all economics feeds off of human demand to consume. And while there's no question humans enjoy consumption, it's a silly idea to dispute that, economically, humans were made to produce and consumption is a byproduct of our production capacity.

EICHER: And so now the jobless benefits number, David. These are initial claims for unemployment benefits. Weekly number. And we should start with some context: At the beginning of the Covid crisis that number exceeded 6 million and week on week. We watched it fall, and I remember talking with you about looking toward a milestone of 1 million, that hitting that number would be meaningful.

And again, context. Before the pandemic, the average filings for unemployment benefits were around 200-thousand. That was normal at a time we basically said, this is full employment.

Another piece of context: Pre-Covid, the highest weekly unemployment filings was around 600-thousand, so that should give a sense of the scale of the jobs turmoil in the country.

But the very latest number has now fallen below 600-thousand, and that’s for the first time since last March.

So again, is that kind of one of those milestones that you'll point to and say, that's a good number? That's a really good marker of progress?

BAHNSEN: Yeah, well, it is a really good number. But um, you have to understand the part of this that is being thought about and talked about, including by you and me on an apples to oranges basis, because when you talk about, we're so happy to have gotten millions down to 1 million, and we're so happy to have gotten a million now down to something with a five in front of it. And yet, the record was 2, 200, that's the average is 200, the pre COVID level is 200. Nick, we're not getting back to 200. When the government's paying people $20 an hour to not work.

It's not quite 20, by the way. So I want to make sure we're a little more clear. Estimates vary state by state, because each state has a little different formula and their own insurance fund for unemployment. But just on the the week by week, subsidy from the federal and state government combined, it's something in the range of $19 an hour.

And I think this is a massive story in our economy, that we have on one hand on the lower skill, lower wage side of the labor force, a huge incentive created by government policy for people to not do what you would think is the most obvious thing in the world we want people doing emotionally, existentially, economically, and spiritually and that's working.

And then on the higher end or or mid-tier end. There are just so many small businesses and companies that can't find the skill level they need of laborers, something in the range of four or 5 million job openings that require some degree of pedigree certification, expertise, and they can't fill those jobs.

Both of those things are two labor markets stories that we cannot lose sight of.

EICHER: David Bahnsen, financial analyst and advisor. Always stimulating conversation. David, have a great week and we will talk to you next time.