Last week, the U.S. national credit card got maxed out

The light in the cupola of the Capitol Dome is illuminated, indicating that work continues in Congress, in Washington, Wednesday, Oct. 6, 2021 Associated Press Photo/J. Scott Applewhite 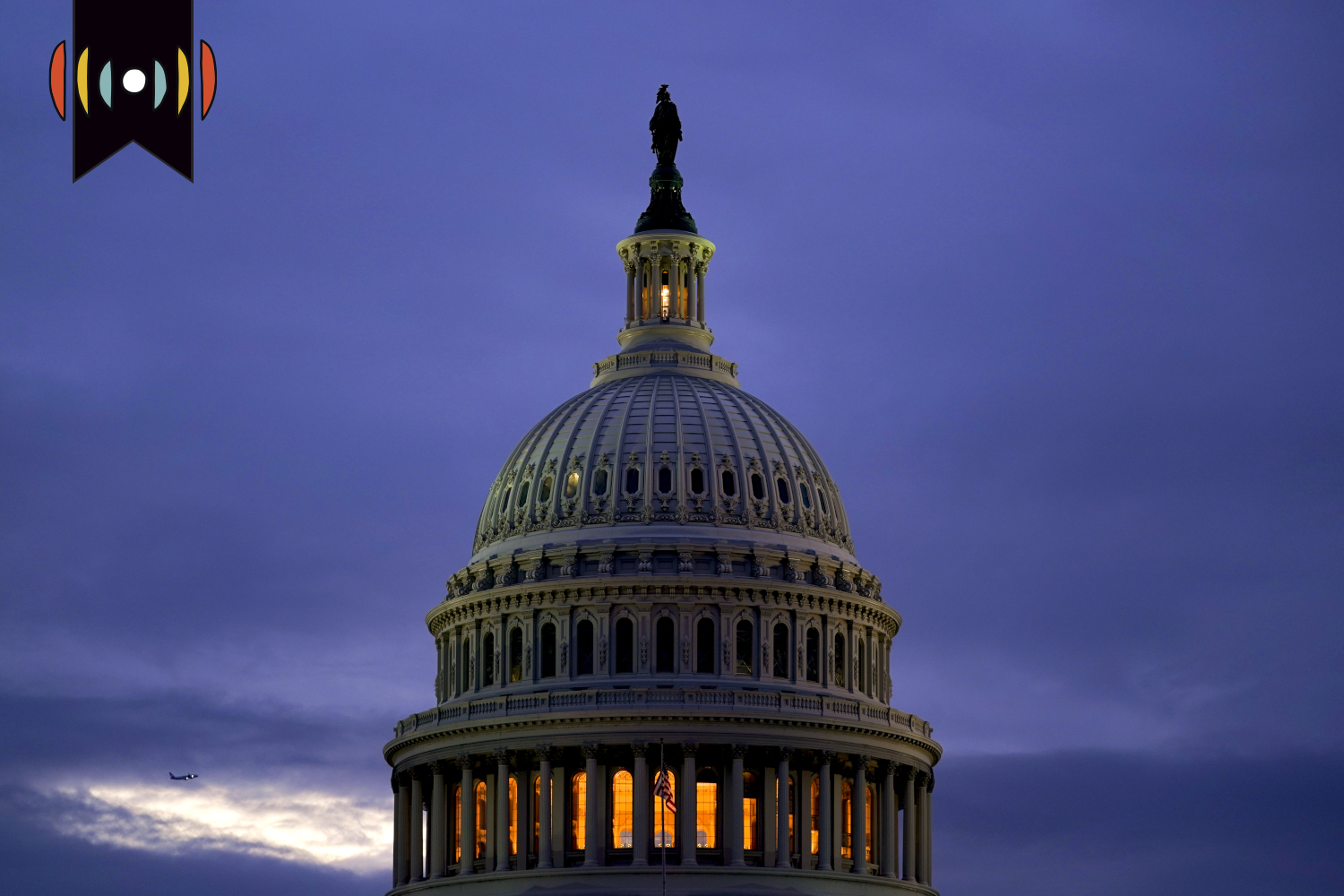 MARY REICHARD, HOST: Coming up next on The World and Everything in It: it’s the Monday Moneybeat.

EICHER: Well, last week, we maxed out the national credit card, David, we hit the debt ceiling. And now for the next weeks and maybe months, I guess, we'll have negotiations in Congress around increasing the debt ceiling. Otherwise, as we hear, we won't have the ability to pay on spending commitments we've already made. So let me just ask at the outset, because this is the question that people have, what is—to begin with—the simplest way to speak in a meaningful way about what's at stake here in this debt ceiling question?

BAHNSEN: In terms of what's at stake in the immediate debate and discussion and controversy of the debt ceiling, what's at stake is entirely political, and short-term media sensitive. Fundamentally, there is no possibility of defaulting on the U.S. debt. And by default I mean what the word default means, which is a missed interest or principal payment. Without issuing any new debt, the government has ample ample many, many, many times over cash flows to service its debt. So do you get to a point where they have to be more creative in how they raise some funds to make other payments? Sure. And do you get to a point where certain payments might have to be prioritized in a way and even some payments potentially missed? Yes. And I think all of it's inexcusable. There's no reason to let that happen. I believe we should have a national drag down fight over what kind of money we want to spend. But once we decide we're going to spend the money to then subsequently—for political performance—decide not to approve the funding necessary to pay for the spending you already approved I think is unhelpful. But as far as what's at stake, I think it's mostly, instead of six days of the media bugging us, it could end up being six weeks or a few months. But about seven times this has happened in the last 12 years, and nothing came of it at all. The last time it was a more noteworthy event was the summer of 2011. And that ended up resulting in a sequester, which brought deficits down a lot. That's not going to happen this time. The Republicans do not have the majority in the House necessary to get much out of this. So it's really just going to spin wheels for a little while.

EICHER: Do you think in this debate that there could be a positive outcome? I mean, I think a lot of people were expecting a negative outcome. But if it went well, how would it go well?

BAHNSEN: I don't think that's very possible. It would require an act of true generosity from the Biden administration because they hold all the cards. There's no reason for them to give in. They have the media on their side, national sentiment on their side, and the rule of law on their side. These expenditures have already been approved and budgeted. And so to now not raise the debt limit as a result of just a few, not very many, a few people saying don't raise the debt limit, it would really be incredibly odd, politically, for the White House to do that. So I don't think you're going to get great spending cuts imminently. And I don't think this is the right process to go about getting it. But if you mean what could positive come out of it? I suppose more attention on the fact that our country has fiscally lost its mind. That can be helpful. But I actually think it could also go the other way, that people associate the cause of fiscal responsibility and a balanced budget with acts of political lunacy and extremism. I'd rather the cause of a balanced budget be made the right way procedurally, ethically, legally, ideologically.

Why have a debt ceiling at all?

BAHNSEN: You shouldn't have a debt ceiling. I completely believe that. You should have a balanced budget amendment. Legally force the Congress to not commit to spending money that they don't have. So then who cares what the debt ceiling is, if you're not going to spend more than you have. Congress has the right to make laws. They don't have the right to make laws, they have the obligation to make laws. That's their duty. So the debt ceiling is a completely procedural inconvenience. It is unnecessary. You could have no debt ceiling and spend significantly less money. Well, how do you do that? By budgeting less money, by committing to spend less money, or constitutionally require the White House—and particularly in this case—those who make laws in our country, the House and the Senate, to spend less than they bring in. And then give the president wartime powers to suspend certain things. You can work around the things that have come up for national emergencies. But my point is, the debt ceiling isn't the way to do that. It never has been. It would be like saying that the way in which we're gonna get our fiscal house in order in a family is by changing which credit card we use or the credit card that has a different limit. Why not actually just get a budget and stick to it, right? I mean, so to me, we're just trying to find procedural things that always in forever can be and will be worked around.

EICHER: I guess what is at the core of my question—why have a debt ceiling?—is at what point is the reckoning point?

BAHNSEN: Well, how is anyone supposed to know? What we know is that people thought the reckoning point was $30 trillion ago. When we were getting close to $1 trillion in national debt, when Reagan was president, people said we're on the verge of fiscal collapse, and it would ruin the country. And obviously, that was wrong. And now we've raised it at 30 times that. So I brought this up many times. I do want to make the point. One of the most important variables to how much debt we can take on is how much growth we can generate. A family with $500,000 of income can handle $100,000 of debt more than a family with $60,000 of income can handle $10,000 of debt. So the amount of debt divided by income and divided by GDP, which would be equivalent to a family's balance sheet or net worth household wealth, the more growth you get, the more debt is tolerable. But regardless, I would just favor reducing the debt and I would favor reducing the debt not because there's some point that I know or you know or another economist knows as to when we hit the reckoning, because all that does is lead to Chicken Little false prophecy. What I would like is for us to focus on economic growth and reducing the size of government. That is the issue here. It's not a fiscal thing. It's that we want a larger private sector relative to the overall economy because then you get a better allocation of capital. You are resourcing things more productively, generates more growth, more innovation, more opportunity, and you unleash the human spirits more. So that's why this has got to become philosophical. It's got to become theological, rooted in creational truths, trying to mathematically pinpoint the number which the government can't spend any more money is not going to work because I'm telling you that we are wrong about how creative they can kick the can down the road. They can do more than we think they can do to continue extending excessive indebtedness. So we have to root our argument in creational truths, and in my mind the most important one is that every dollar the government spends is a dollar that comes out of the private sector. And the private sector is where better unleashing of the human spirit happens.

EICHER: All right, good place to end it.

I expect we will return to listener questions next week. If you have something you want to ask, please get in touch at feedback@worldandeverything.com.

Email the question and I’ll summarize or, better, record yourself. You can make use of the voice memo app on your smart phone and email the file to me at the same address: feedback@worldandeverything.com.

David, thank you and we’ll talk again next week.