Despite last month’s jobs increase, we still have a big gap to fill post-COVID 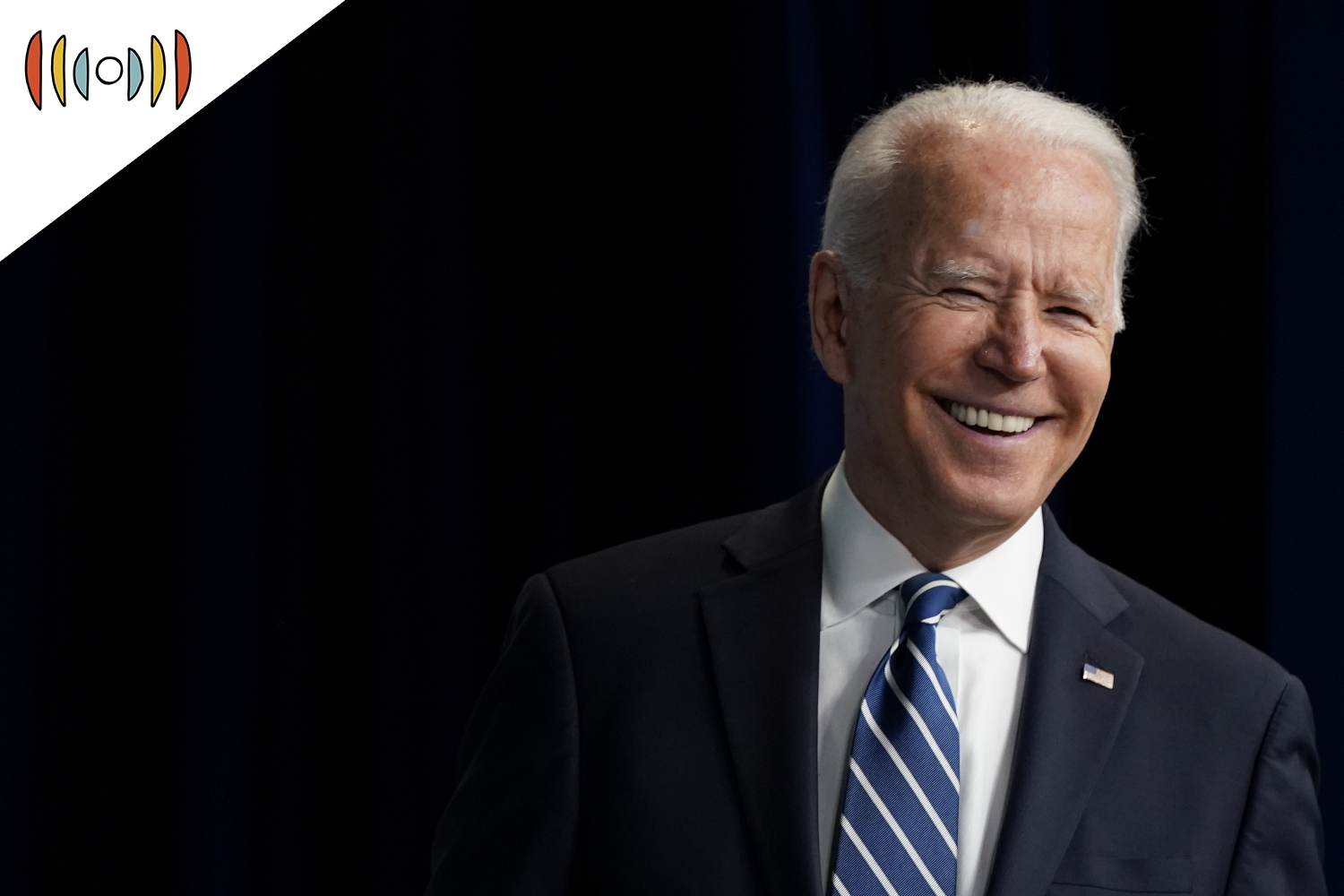 EICHER: Happy Fourth of July on the Fifth.

EICHER: June jobs report is out and finally a really good one. Actually beat expectations: 850,000 jobs added. Lots of superlatives here, beginning with the point that it marks the biggest increase in jobs in 10 months.

The unemployment rate ticked up in this case, but it’s for a good reason: because we had workers coming off the sidelines and actively beginning a job search.

The definition we use for the unemployment rate you read about in financial-press stories measures the unemployed actively seeking a job, so that’s why it can be a good thing if the rate ticks up as it is in this case.

And it’s especially good because of so many job openings.

But let’s listen to President Biden on Friday, talking about the economic recovery we’re seeing.

BIDEN: We've now created over 3 million jobs since I took office, more jobs than have ever been created in the first five months of any presidency in modern history, thanks to the incredible work of the entire team. This is historic progress. None of this happened by accident. Again, it's a direct result of the American Rescue Plan. And at the time, people questioned whether or not we should do that, even though we didn’t have bipartisan support. Well, it worked.

David, is he right to claim credit here?

BAHNSEN: Well, of course not. But that's not a partisan comment. That's just always true. And you know, it isn't right, when you only hear it on a good report, and you hear the opposite on a bad report.

So when there is report that underwhelmed, there's all these different reasons as to why things are going on. And then when there's a report that's a little better than expectations, it's because of something politicians did. Now, the only problem I have with saying that is that there's a president right now, that is in the Democrat Party. And so people may assume, oh, well, David's a Republican saying it because there's a Democrat there. But I promise you, I've been saying this for many, many years. I don't really like the idea that we coincide something like a monthly movement in jobs, with something that the president of the United States has done, I think it's really kind of silly. What I do like as an analyst, and trying to affect honesty, economics, is to look where there is an impact from policy.

And that's something we've done now on this show for months, is to look at the very traceable, empirically verifiable connectivity between people not going back to work because of an enhanced an extended governmental supplement, what they did is get two or three bad jobs reports in a row because of that policy, then you finally get one that's a little bit better than expectations. And they're saying, ‘Oh, look, this is what we've been able to create.’ I don't really think it's that bad, because it's just what politicians do. That's what their business is, is to take credit for things that have nothing to do with them.

EICHER: Okay, so let's get into the substance of the report.

It was higher than expectations. But I guess what you’re saying is these are just jobs that should’ve shown up months ago and finally now they have.

How do you look at this report overall?

BAHNSEN: Well, first of all, this report doesn't even really show that many more jobs coming back. I mean, I think overall, it is better to have had 850,000 non farm payrolls come back. But when you were expecting 1 million 3 months ago, and you got 200,000, you had a pretty big deficit relative to expectations.

The private sector payrolls rose in June, almost half coming from leisure and hospitality. Okay, so what about that could not possibly be tracked to just the delayed reopening of the economy, the leisure, hospitality jobs should have been come back months earlier. And there was both incentives for people not to take available jobs. And there were some states that were way slow on the go in terms of the post vaccine reopening.

But at the end of the day, I broke down the whole kind of scorecard this week, where you essentially had about 20 million jobs go away at the bottom of the COVID, the worst of the COVID. You locked down, you've had about 13 million come back. So now you say there's about 7 million to fill, and there's 9 million job openings. That's the scorecard of this, that technically, we should be back to pre COVID employment, and then some, except for that it doesn't work exactly that way because some of those jobs are not filled because they don't have qualified candidates, I get all that.

But my point is that numerically, we have a big gap to fill still and we do not have it because employers are not looking to fill it. That's a really big problem.

EICHER: And you're out in the economy with the traveling that you do. I travel a good bit myself, and I see a lot of the same things you see. It just seems that we're in this weird period where a noticeable number of businesses aren't open their normal hours. You'll walk by plenty of places that are open and full and then other places that are closed or have restricted hours because they just simply cannot find the workers to run their businesses the way they used to.

Do you think that that is going to continue for a bit, the economy opening up in fits and starts? Or do you think structurally something has happened to the economy, that businesses will figure out how to automate and a lot of these low-level, entry-level, starter jobs we’re just going to lose?

BAHNSEN: There's a few different things going on at once, I think that the majority of the low level jobs will end up getting filled, but they will get filled with people that are a year behind in their own maturity and development, and progression in training.  You cannot get back to the time that people were not on the job learning experiencing,  dealing with customers dealing with co workers.

It is very hard to find any data that measures this, but I know because of my belief that economics is human activity that people have lost out on a year of human activity. And that is very difficult to measure.

But to say it doesn't matter is to totally misunderstand economics, people losing out on opportunity to grow to show their boss that they have more capability, therefore, set the stage for some advancement, that stuff doesn't come back, the bulk of these jobs come back a lot do end up getting structurally replaced because of the kind of advanced incentive to pursue automation, get by with lower employees kind of embed a lower job structure into a certain business.

But then the final piece to this is the thing that happened in spades after the financial crisis. And it's by far the worst thing. And that is just those who decide 'I like not being employed'. So it's not so much the 25 year old who decided to take a government check and not go back to his, you know, entry level type job for a little while. I'm more thinking of the 57 year old that had a particular job and stayed out of the job for long enough that even when that economic transfer payments end, and they are in a position where they maybe don't fully have to go back to work, and on the margin decide not to.

It's what we call the labor participation force, people that are working, and people that want to be working but aren't. That latter category is a big deal because I think when people remove themselves from even the pursuit of a job, then it opens up a whole lot of issues regarding their dignity, their self worth, mental health, spiritual engagement, societal engagement.

That's my biggest concern right now, post COVID, is that we have done yet another hit to the labor participation force in this country. We need more people working, not less people. And I'm not just saying that because of the economic impact. I'm saying that to the existential impact of our society.

EICHER: David Bahnsen, financial analyst and adviser. He writes at dividendcafe.com and that’s your Monday Moneybeat. Thanks David, enjoy your holiday.

BAHNSEN: Great to be with you. Wonderful to celebrate our country's independence.