President Biden keeps a moderate at the Fed helm 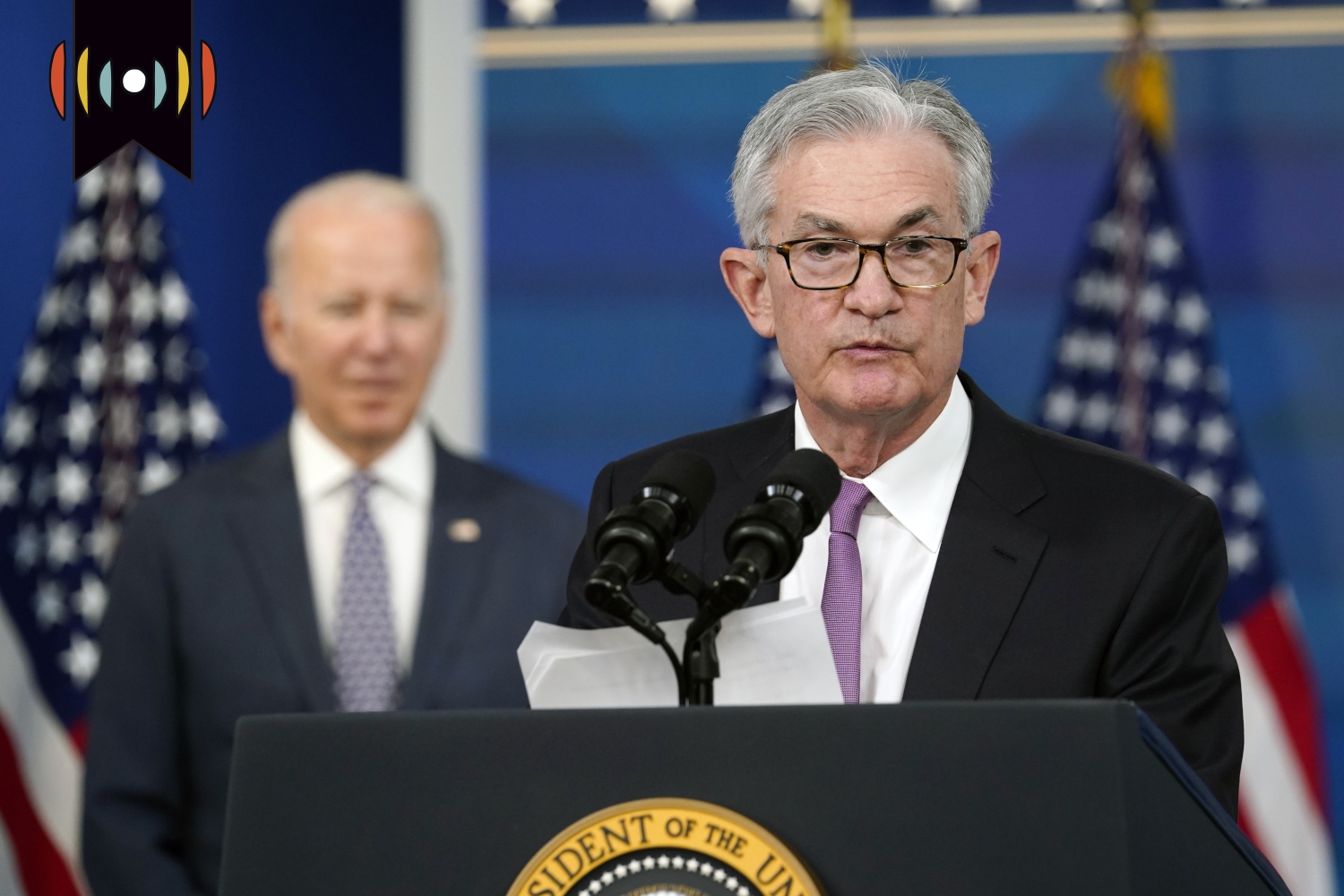 DAVID BAHNSEN, GUEST: Well, good morning, Nick. Good to be with you.

EICHER: President Biden’s staying the course on the Federal Reserve, choosing to renominate the Trump-appointed Fed chairman Jay Powell, instead of the more politically liberal Fed governor Lael Brainard to replace Powell. Clearly that’s the top story. David, what do you make of it?

BAHNSEN: I mean, I don't think it was big news, there was a slight chance that he was looking in the direction of Lael Brainard as an appeasement to some of the more progressive members of the Senate, but he kind of split the baby by moving Brainard into a vice chairman role and re appointed Jay Powell, who it really isn't a very political appointment. You know, Powell is a Republican, he was appointed by President Trump. But President Trump was at odds with him most of the time he was serving and so I don't think anyone thought of Powell as this big, you know, Trump affiliated character.

The disruption of would have represented would have been somewhat problematic. But at the end of the day, Powell, Brainard or anybody else, there's no Fed chair right now, who is not going to be in the same vein as the last few Fed chairs we've had, which is very accommodative to risk assets, very much in favor of easy monetary policy, meaning low rates, high liquidity. And the Fed views themself as having a very large role in the economy. And I think that the government has asked the Fed to - and in a lot of ways the citizenry has asked the Fed - to play a very large role in the economy. And so there wasn't much of a response to the news, because I think it was reasonably expected.

EICHER: Well, about that notion of the Fed’s playing such a large role in the economy, you don’t like that.

BAHNSEN: Well, it's not only that I don't like the Fed having a large role in the economy, it's because I believe it is distortive I believe that people make decisions that they otherwise wouldn't make. You want the ability for economic actors, to have good clarity, to the prices in the economy that help inform the decisions that they're making. And there's an economic school of thought that I hold to very deeply that says that prices are signals, they contain information. When prices are distorted, that information gets distorted. And therefore, the decisions that come out of that economic calculation can be bad decisions. So if interest rates, for example, are held artificially low for an extended period of time, someone who might not be able to afford a house, but gets the impression that they can or sees prices going higher and higher, and decides to jump into the home purchase, right in time for 2007-2008. To come along. You know, that's a simple, but yet historical example. But of course, it's more complicated than that, you get all sorts of decisions up and down the economic food chain that are dependent upon the price of money.

And so the Fed's large role is both distortive to the price of money, but now it's distortive to the risk/reward calculation people are making, because people believe the Fed’s gonna be there to make sure any decision they make, it doesn't have negative consequences. And it really does hold down economic growth. And you say, ‘Well, how could it hurt growth for them to kind of help out risk takers?’ Because it leaves alive, companies that maybe otherwise shouldn't be left alive. And so what I mean by that is, there's something called zombie companies that really don't make enough money, they don't have enough cash flow to flourish. And if it weren't for the low cost of debt that they can keep rolling over, they wouldn't even be able to meet their debt obligations. And yet, because the Fed helps keep those companies alive, then that's capital that stays deployed in these zombie companies that otherwise would be deployed into a better and more efficient use, and that is really damaging to long-term economic growth.

EICHER: Before I let you go, David, I’d like your thoughts on the news around the rough trading day for stocks on Friday, with the Dow Jones Industrial Average down 2-1/2 percent, the other two major indexes off just over 2 percent as well with big financial press headlines calling it the worst day of the year—biggest one-day percentage drop since October 2020.

BAHNSEN: Yeah, I don't think that the news was even so much about the stock market, it's about the positioning of yet another variant of COVID. So there is apparently a new COVID strain. We knew more mutations were still out there, and that's the way these viruses go. We have no reason to believe that the vaccines are not efficacious against the new strain, we have no reason to believe this has more severity. I do believe the vast majority of the population doesn't care. And it most certainly shouldn't care about higher cases, as long as the treatments are there to hold down severity, to hold down mortality. And I believe those treatments are there. So, you know, the market having one day - and it's kind of a fake day, because Friday was a half day in the market the day after a holiday and you had an awful lot of traders not at their desk and a lot of the, you know, best and brightest and engaged in institutional trading, not really participating. So all that to say the market could go down 1000s of points for any reason. But I think this COVID strain thing was is really bizarre. And unfortunately, I fully expect the media to have a field day with this.

EICHER: All right! David Bahnsen, financial analyst and adviser. He writes at dividendcafe.com. Sign up there for his daily email newsletter. Thank you David.

BAHNSEN: Well, thanks so much, Nick.

EICHER: Well, we are down to our last two days of our November New Donor Drive. We’re getting close, but I did check with our office and we’re not there yet. The goal is to reach that $40,000 mark to take full advantage of the matching gift that will double all new gifts. So if you’ve never given before, I hope you’ll do that today and we have an added incentive. Another friend offered to kick in a $10,000 bonus if we can hit that goal. So please, if you would visit wng.org/donate and make a first-time gift today. wng.org/donate and thanks!