Moneybeat: Questions about the economy

Questions about the Dow, inflation, and the value of currency 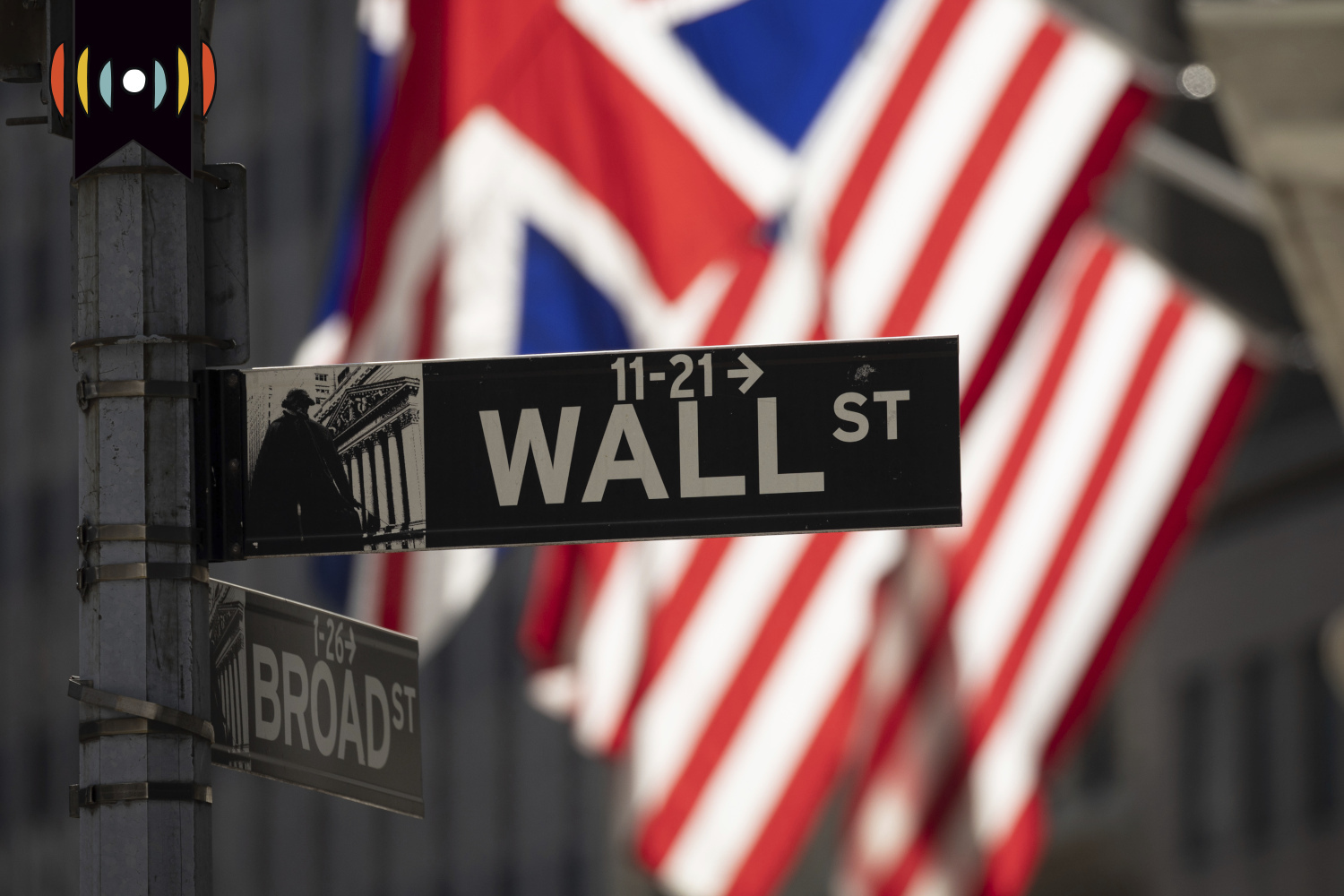 NICK EICHER, HOST: Time now for our weekly conversation on business, markets, and the economy with financial analyst and adviser David Bahnsen, head of the wealth management firm The Bahnsen Group. Good morning!

EICHER: Well, today we start making good on listener questions, David. We have a lot of them. As it turns out, we had a glitch in our system where not all of our email was getting through, but our team was able to fix it and we believe recover them all. I’ve read through everything—I hope—several weeks worth of backlogged email and let me say, you may not hear yours right away. I’ve had to place them into categories and one of those categories I’ll call “evergreen”—appropriate for any time—and so David let’s get right into it. First question relates to your comments of last week.

This is from Jacques Pye and he writes this:

While I understand and agree with your comments that the notion that the good jobs report [in September] would cause the Fed to raise the prime rate in order to cool the economy (producing so many jobs) … [that it] was NOT the cause for the large decrease in the Dow Jones Industrial Average on the preceding Friday, I would like to know your thoughts on what did cause the Dow to drop 600+ points that [day].

So David, maybe recontextualize your comments and then address our listener, what did cause the Dow drop a week or so ago.

BAHNSEN: He’s referring to the day when the employment number comes out and looks pretty good, which means the Feds will not be likely to slow down tightening. And they’re not likely to slow down raising rates, and so it causes the Dow to drop. That’s the basic thinking in the media’s narrative.

But first of all, the question of what drives the market on any given day is a really dangerous thing to try to answer because you’re not going to know. And by seeking out an awareness of what could be potentially moving markets, you can embed an arrogance or a confidence that becomes actionable. That would be in opposition to the approach of humility that says the market can go up or down any day for any reason, without telling you why it’s doing it. For example, last Friday you could say the market absolutely knew that the Fed was still going to be hiking rates in the next meeting. And then the employment report comes out pretty good. But the market dropped anyways. So maybe the market didn’t know.

But what I would say is maybe there were a lot of people positioned in trades, short term traders, hedge funds, high frequency algorithmic players, who were positioned for the other way. It didn’t happen. So they had to cover their trades real quick. This kind of thing doesn’t need to be fully knowable or transparent, and it isn’t. I don’t declare it with an incredible certitude. But what I’m pointing out is that those things do drive a lot of short term market activity. And those things are incredibly irrelevant to investors.

EICHER: Next question from Matthew J.S. Jackson. He listens to us, he says, almost every day in Northern Ireland:

JACKSON: Hi David. My name is Matthew. I'm from Northern Ireland. I've got a question about the United Kingdom market. The UK market has seen a big change in the last week. And I guess I just wanted to understand your thinking behind it. Whether you think it is due to the mini budget or the Bank of England, and whether you think that the mini budget will actually help with the rise of inflation in the UK or whether it will just exasperate it as it’s penting up more demand rather than stymieing the demand and getting supply back to a normal level. So your thoughts would be very much appreciated. Thank you.

BAHNSEN: All right. In a way, the question is a broader economic philosophy question: Does greater production or incentive to greater production create more or less inflation? He happens to contextualize it in the context of UK right now. Their new Prime Minister Liz Truss is not having a lot of political success driving this agenda. I have—by the way—been in touch with their economic department in a number of conference calls now trying to push the agenda of supply incentives being the solution to inflation and not the problem of inflation.

Returning to the question: Does it stimulate more demand which exacerbates the problem? And this is, again, the philosophy of demand side versus supply side economics. The issue we have with inflation in the UK and the United States is an inadequate level of production of goods and services relative to demand and the money supply behind the demand. And there is no possible way that incentives to produce more goods and services is counterproductive to inflation.

The greatest argument we have in history for this was the massive and structural disinflation that the supply side activities in the United States created [during the 1980’s], where output exploded after Reagan’s tax cuts and his cabinet’s process of deregulation and you had significant lowering and moderating of inflation. I very much believe that the UK would be well served to stimulate or incentivize greater production. However, I am quite skeptical that they’ll be able to politically do it based on the uphill battle that they’re fighting.

EICHER: Let’s stay on the subject of Europe, David. A question from Matt Himsey asking this:

BAHNSEN: By definition, both things are happening at once; I happen to believe one is driving the other. You have one that is trading relative to another. That’s how currencies always are, because a currency’s value is the amount of the other currency you can get for it. And so if one is going lower, it means the other is going higher. This is textbook zero sum. And the dollar has risen this year against the euro, but also substantially against the yen and against the Sterling Pound as well. And the question is to why these other currencies are declining, and the answer is very simply that demand for dollars is driving dollar prices higher. And the reason there is demand for dollars relative to these other developed currencies is the Fed is ahead of the other central banks in tightening monetary policy.

If you go into the treasury bonds, sovereign debt of our currency and the fact that we dollar denominated so much of global trade, and particularly if you go into our control via our currency over world oil markets, the dollar has that leverage. In times of economic distress, both domestic and global, people fled into dollars, not out of dollars. And so it’s a great argument for understanding the economic concept in the sense of having the cleanest shirt in the dirty laundry or the best house in a bad neighborhood. We can have all kinds of criticisms of the dollar and US monetary policy that weakens the stability of its own currency. But as long as other countries are more guilty than we are in the relative and zero sum game that is foreign exchange of currency, then the other currencies are going to take it worse. And there’s no question that the instability of the euro has been more severe than the state of the U.S. dollar.

RICE: Hi, David, Jeb Rice here. I love your spot on The World and Everything in It podcast. I appreciate what you do. My question is about inflation. So the causes of inflation are multifactorial. If those causes were successfully addressed, would you anticipate that prices would stay about where they’re at? Have we reached a new set point for what we pay for things like food, energy, things of that nature, or do you anticipate a period of deflation with prices start dropping again, going back to close to where they were prior to this inflationary period? Thanks for your time, David. Really appreciate it. Take care.

BAHNSEN: Yeah, it’s a great question. And there’s also a third option where the rate of growth of prices drops significantly—what we call disinflation—but where prices themselves don’t deflate and go lower than where they are.

I would answer your question by saying I expect something different amongst different goods and services. I believe housing is going to deflate, and I believe rents are going to deflate as a result of the lack of equilibrium between supply and demand. I think that food prices will disinflate, and perhaps get back to near pre COVID levels. But there’s a lot of work to do with food inflation, and energy is also a tougher story that has to be determined because of where supply policies will be in the United States. Going forward, there’s a lot of electoral and political significance there. But if you look to this sort of fictitious idea of the price level—an aggregate summary of all prices—as a general price level, then I believe that we face debt and severe disinflation in the near future. And at some point, we would face deflation, that I would not want to go on record with a timeframe for.

We have been very fortunate in the United States as—besides the great financial crisis, and of course the depression before that— we’ve had very little deflation over the years. The kind of purgatory we are looking at isn’t really great, where the economy is slow with no growth, but it’s better than deflation. And even apart from negative contraction of the price level deflation, “slow with no growth” feels a lot like deflation. It exacerbates social divides. It takes away job and productive growth opportunities, and the excessive indebtedness that is responsible for this lingers, and that would be my forecast going forward.

EICHER: Well, as I say, we have a lot more questions than we have time. But don't let that discourage you, or stop you from sending a question in because David is willing to stay after class as it were. And we're looking into recording a special podcast where we go much longer and get through all of them. So we are considering a special one- off or two-off, whatever we need to take care of all of the questions because I know David loves to do that. So if you have a question, do email us at feedback@worldandeverything.com. Whatever is on your mind around business, economics and finance: feedback@worldandeverything.com. Do send me a recording if you can, have you asking the question and we'll be able to hear your voice.

David Bahnson is founder managing partner and chief investment officer of the Bahnson group. His personal website is Bahnsen.com. David, we will talk to you next time. Thanks again!

BAHNSEN: Appreciate it. Thanks so much, Nick.