Moneybeat - No one wants a job right now

WORLD Radio - Moneybeat - No one wants a job right now

Economic incentives and the will to work, or not 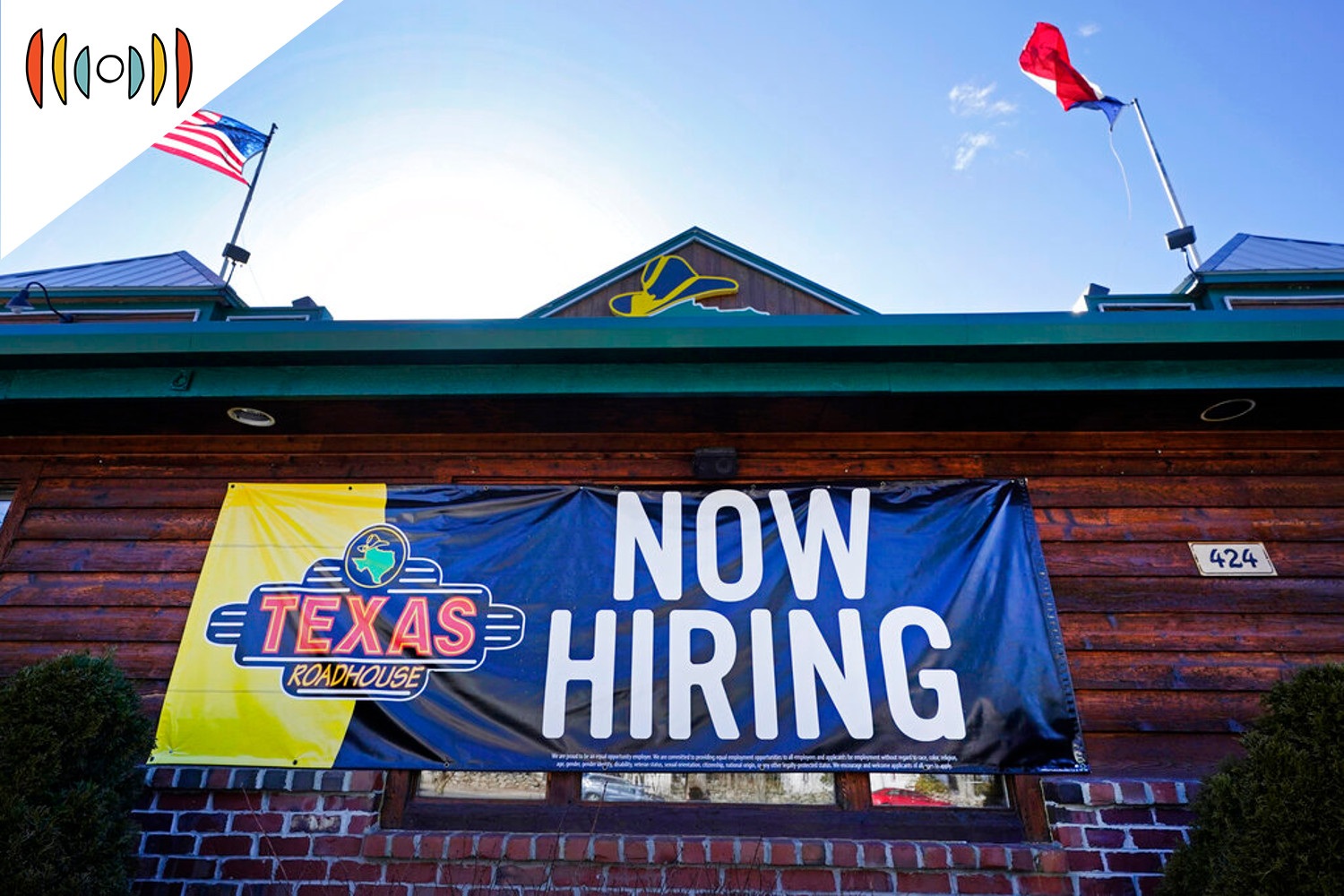 MYRNA BROWN, HOST: Coming up next on The World and Everything in It, the Monday Moneybeat.

NICK EICHER, HOST: Financial analyst and adviser David Bahnsen is on the line now for our weekly conversation and commentary on the economy. A word about the line before we get started. The sound quality is just not quite up to snuff. We couldn’t bring it to standard before airtime today, so we’re just going to have to power through it this week and keep working on it until we fix it.

But David, maybe the poor quality today is just going to have to be a metaphor for the surprisingly bad jobs report we just received for the month of April.

We expected a million jobs to come back, and instead of that, only a little more than a quarter of them did—266-thousand. And the headline unemployment rate ticked up a tenth of a percentage point. So let’s get in to that report. But first, good morning to you.

DAVID BAHNSEN, HOST: Good morning. Good to be with you.

EICHER: So you’ve been stressing this for a long time: incentives in economics. They apply to labor markets as well. People who can earn more by not working than by working tend not to work.

That’s not just theory. I have a little restaurant-level reporting. I was at the home office last week and we went out to get a bite to eat, walked into the restaurant, and saw this sign at the hostess table. I snapped a picture of it, and I’ll read what it says. “We are very short staffed, and no one wants a job right now.” Then in all capital letters, “IT’S THE NEW PANDEMIC.”

“Most of us,” it goes on to say, “are working doubles every day. Please be kind to the ones that did show up for their job today.”

I’m struck by the line, “No one wants a job right now.” I mean, you can just feel the frustration of this business owner.

BAHNSEN: Well, I admire the candor of the entrepreneur. And I do think you're right, that they're kind of projecting a sentiment that is somewhat systemic right now, particularly in that industry.

I’ll do my little qualifier first, because I want to be intellectually honest, there is obviously a chance that this the gravity of this miss, the largest miss versus expectations in the history of the Bureau of Labor Statistics, there is a chance that there are some lumpiness in numbers. And I've always encouraged whether a number looks too weak or too strong to roll off of three-month averages, that averages eliminate a lot of noise in the month-to-month data. I expect that there will be some improvement in the data through the averages relative to expectations, but no way enough to offset what is the clear and obvious reality, validated in the continuous claims this week. The continuous claims being the number that is largely done nothing but that might get better for about a year, and it itself now has kind of frozen and even backed up a bit.

With every economist I'm following who I respect—I'm referring to labor economists—saying they don't think that number will move on the continuing claims now until September. So we basically got to the max level we can of people who were out of the labor force filing for unemployment insurance, and then were back in the job force. There won't be any more until September when this benefit goes away.

Well, if that's true, it will be one of the colossal policy failures of my lifetime. And I think that we have to look at it first and foremost as a moral policy failure. Because I think it is awful to think about people that are losing their dignity, their achievement, their ability to learn new skills, their vertical mobility, being totally sidelined out of any kind of productive activity right now. I think that that is an awful issue around the subject to human dignity. But if we just want to talk about basic economics, the longer one stays out of the workforce, the harder it is to come back in. And I think that this is going to have a lasting impact.

EICHER: Let’s have a listen to what the president had to say about the disappointing numbers.

BIDEN: Today's report just underscores in my view, how vital the actions we're taking are. Checks to people who are hurting, support for small businesses, for childcare and school reopening, support to help families put food on the table. Our efforts are starting to work, but the climb is steep and we still have a long way to go.

EICHER: Then five questions from the media. Three on Putin, Ukraine, and Iran. One on masks, and this one.

REPORTER: “Mr. President, do you believe enhanced unemployment benefits had any effect on diminishing a return to work in some categories?”

THE PRESIDENT: “No, nothing measurable. Thank you.”

EICHER: No follow up. But note he did say he thinks, as you heard, that the jobs report is an argument for more of the same policy he’s pursuing. What do you say?

BAHNSEN: It was a real painful thing to listen to just if nothing else for me to detect the total lack of sincerity in what he was saying, and it's not merely for a policy disagreement. I don't usually do this because I don't claim to be someone who can read hearts and minds. But I can tell you in this case, I have very little doubt that they themselves know this is indicative of the problem that you and I referred to, which is the government incentivizing unemployment.

Now, some in administration may very well believe it's worth it. We already know there are some who basically said, 'Yeah, at the end of the day, this paying some people not to work, but that's a small price to pay relative to the greater good.’ And so I think that's largely where they're coming from, is that they don't think it's a big deal if you take some people out of the workforce, because at least ultimately, we're providing this transfer payment. And so I, obviously, vehemently disagree with it. In this case, Janet Yellen, Secretary Yellen yesterday took a far more defensive tone.

President Biden basically tried to turn it into the opposite of what it was. Like, 'Oh, look, this is really an argument for more giveaways and social support,' where Secretary Yellen came out to try to explain why maybe it doesn't actually mean that.

So I think that's a mixed messaging. But I think it all refers to the fact that they're afraid of this becoming a narrative. I don't think they mind if a restaurant in South or North Carolina is hurting. I wish they did. But what I do think they'll mind is if it becomes a national narrative, that they have impeded progress in the labor market through thoughtless policy, and I very much believe that national narrative is coming.

EICHER: Financial analyst and adviser David Bahnsen. He writes at Dividend Cafe.com. Easy sign up for his newsletter if you’re interested. David, thanks!