Moneybeat - Getting aggressive with inflation

What can the government do to get inflation under control? 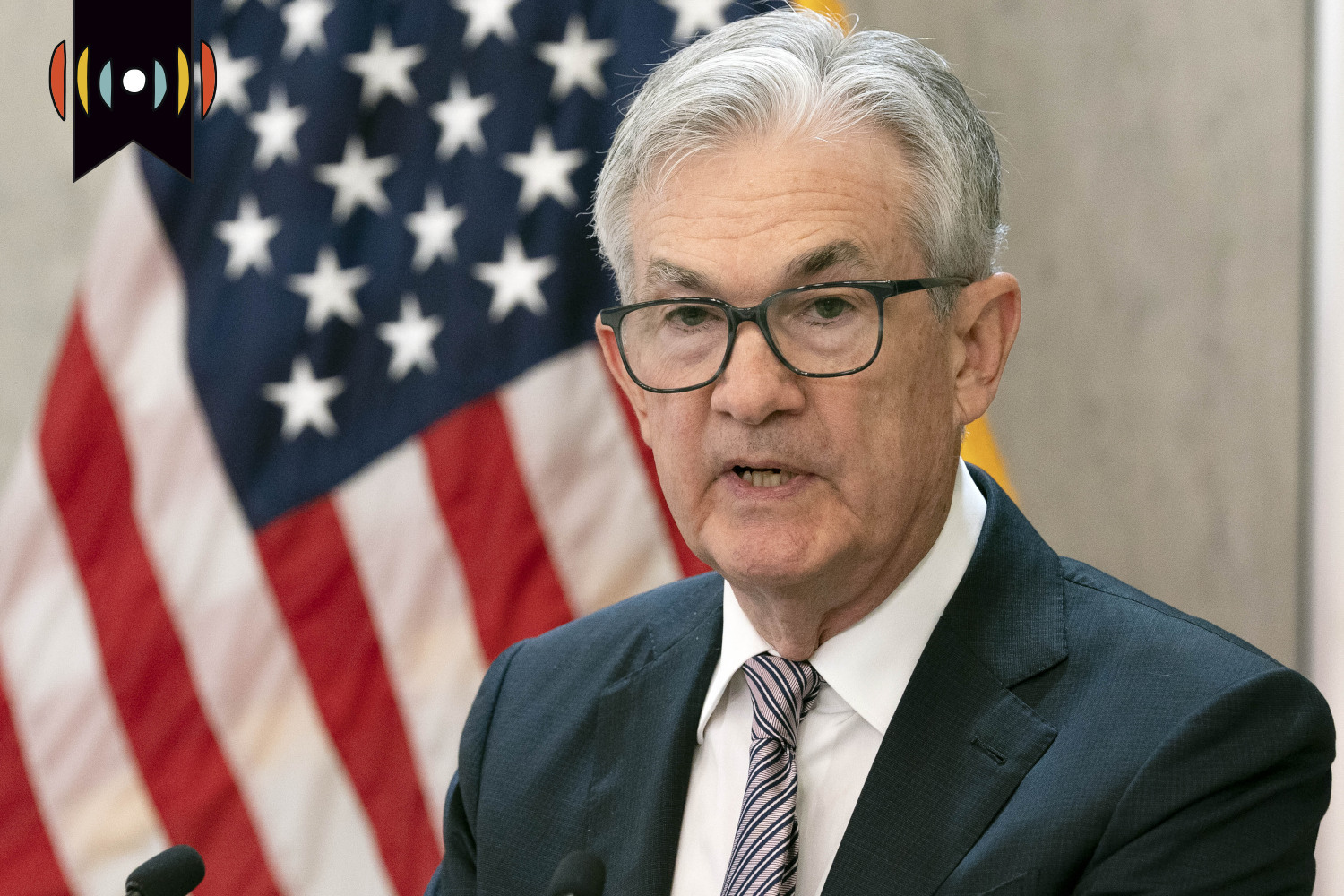 NICK EICHER, HOST: Time now for our weekly conversation on business, markets, and the economy with financial analyst and adviser David Bahnsen, head of the financial planning firm The Bahnsen Group. He is on the line now. Good morning.

EICHER: Well, the Federal Reserve got a bit more aggressive last week—pushing up its policy interest rate three-quarters of a percentage point and signaling, possibly, another 75 basis point increase at its July meeting. So it all seems there’s an urgency to move more aggressively in response to signs of inflation. But it was interesting, too, that Fed chairman Jay Powell said that the notion of tamping inflation down to meet its mandate of the 2 percent range. Well, that may be too tall an order right now. Let’s hear him.

POWELL: What's becoming more clear is that many factors that we don't control are going to play a very significant role in deciding whether that's possible or not. And there I'm thinking of course of commodity prices, the war in Ukraine, supply chain, things like that where we really can't, the monetary policy stance doesn't affect those things.

EICHER: David, talk about what the Fed is doing.

BAHNSEN: Well, look, I've been pretty consistent in wanting people on The World and Everything in It to not think of it entirely in political terms or a political context. One of the things I think we just have to remember is yes, there's a big component of what the Fed has to do right now, that is about undoing the monetary policy from COVID. But there really is a lot going on that has to do with undoing the monetary policy of the financial crisis, because they never undid that. Back in the aftermath of the financial crisis, they brought the Fed funds rate to zero and left it there for seven years. And they added $4 trillion to their balance sheet. And they never got close to normalizing - either with rates or the liquidity in the financial system. And then in late 2018, early 2019, they chickened out in doing that. And then COVID came. So there's a lot of this complexity in the historical context of what we're dealing with. Right now, I think it's entirely possible that the Fed will end up tightening things to a point that puts us into a recession. I have been hesitant to say that's a foregone conclusion, because it isn't. There's certain things that could happen that could keep that from happening. Nobody knows for sure, but I think one has to assume that if financial conditions tighten enough, there could end up being a recession out of it. And in the meantime, I believe the Fed is largely doing the right thing for the wrong reasons. I'm not remotely convinced that higher interest rates are going to be an antidote to inflation, because I don't believe that low interest rates were the cause of the inflation. I think they exacerbated it in some cases, I think they did have a negative effect in inflating housing prices. But for the most part, I think that they're needing to raise interest rates because interest rates were too low. They were distortive. They were a bad price signal. They encouraged speculation in financial markets. And they left the Fed without a policy tool for emergency measures, which is what the central bank is supposed to be there for - a lender of last resort during times of extreme stress. We were not in extreme stress. So if you keep emergency measures in the economy on and non emergency times, what are you supposed to do during a real emergency?

EICHER: So there are political questions around dealing with the supply crisis that is driving the substantial pain we’re feeling at the gas pump and last week, the Biden Administration was placing the blame on energy executives, in addition to Russia, for that pain.

BAHNSEN: Yeah. So I think that this is the element that is most concerning politically, is energy inflation. And so this energy component is where I think the Biden administration has the most vulnerability and it's where I think they deserve the most blame. Because I've said all along that I'm not remotely convinced that the broad inflation rate is primarily about government spending, otherwise, we would have had 25 years of inflation, not 25 months. The fact of the matter is that energy is a supply side inflation, meaning that we do not have enough production to keep up with the demand. The demand did not surge higher, it normalized. The demand is where it was pre COVID. We are not consuming more barrels per day of oil than we were in 2019. And yet prices are double. And the reason for that is there is a kind of, you know, surcharge, if you will from Putin and Ukraine and all that. But primarily, we were way above the trendline of oil prices before. And the reason is that Biden declared war on the energy production aspect of American industry. He joined the far left in saying that not drilling would be a good thing, that not approving new leases, not approving new permits, stopping construction of new refineries, new pipelines, new infrastructure, that signaled the markets that we're not going to have new energy production in the future. And it demanded of markets less energy production in the present. And then now they're very mad that, you know, they got what they wanted. It's a wholly bizarre and confusing set of circumstances. So what's his remedy? Well, he can blame Exxon and Chevron, play into the class warfare a little bit. It's an irrational and incoherent argument. But it's worth it for him to try - politically. But then from a policy standpoint, he is going to get on a plane and go meet with Saudi Arabia, and ask them to increase production to try to bring energy prices down. So I would consider that a political and economic loser as well. This is a very, very unfortunate decision by the Biden administration.

EICHER: And finally, another rough week for the stock market: the S&P 500 and Dow Jones wrapped up their worst weeks since 2020. David, this is your business. You must be hearing investors freaking out a little bit. What do you tell them?

BAHNSEN: Well, first of all, I want to say, partially because some of the people listening are clients of our firm, that it is not true that we have people freaking out. And the reason for that is because, first of all, the worst pain people have felt this year by far, has been in what we called shiny objects. If one has not been in crypto and in Fang, and in hot tech and new tech and money losing tech, then one is down, but not really down that much. And to the extent that one is focused on energy, on high quality, on dividend growth, until about four days ago, they weren't even down at all. Now it's gone into slightly negative territory this week. But I mean, for the most part, it isn't really true that this has been hammering everything. There's been a number of elements in investing that have done just fine. But I also believe that, hopefully, people are hearing whether it's on this podcast or the communication they receive from the people they paid attention to, I know what our commitment is at our own firm, that they're getting the communication about the fact that bear markets are part of being an investor, that volatility is part of being an investor. It's not only not something that can be or should be avoided, it's something that should be embraced. You get a risk premium in your long term performance because of the reality of market volatility. It's not always easy emotionally or psychologically. But this is a principle that cannot be ignored, or soft peddled or lied about, I won't lie about it. There, if it wasn't this, it could be something else. It could be a recession, it could be the Fed, it could be a global pandemic, it could be something geopolitical, we have events that create vulnerabilities in markets. And that's a good thing, because it creates the risk premia that results in long term investor results. And so people have to behave, they have to stay calm. If it's upsetting them, they probably don't need to be looking at it every single day. And that's the right principle here. But there are parables that speak to this, then there are principles that speak to this. There's they're both in some cases, explicitly exegetical, and in other cases, they can be induced from from what we understand about wisdom. So that's my answer to your very fair and understandable question.

EICHER: All right, that's David Bahnsen. He's a financial analyst and advisor and head of the financial planning firm, the Bahnsen group. David writes daily at Dividend-Cafe-dot-com. You can sign up there to receive his daily newsletter, The DC Today. David, thank you so much, and we will see you next week.