Is the economy in better shape now than at the beginning of the year? 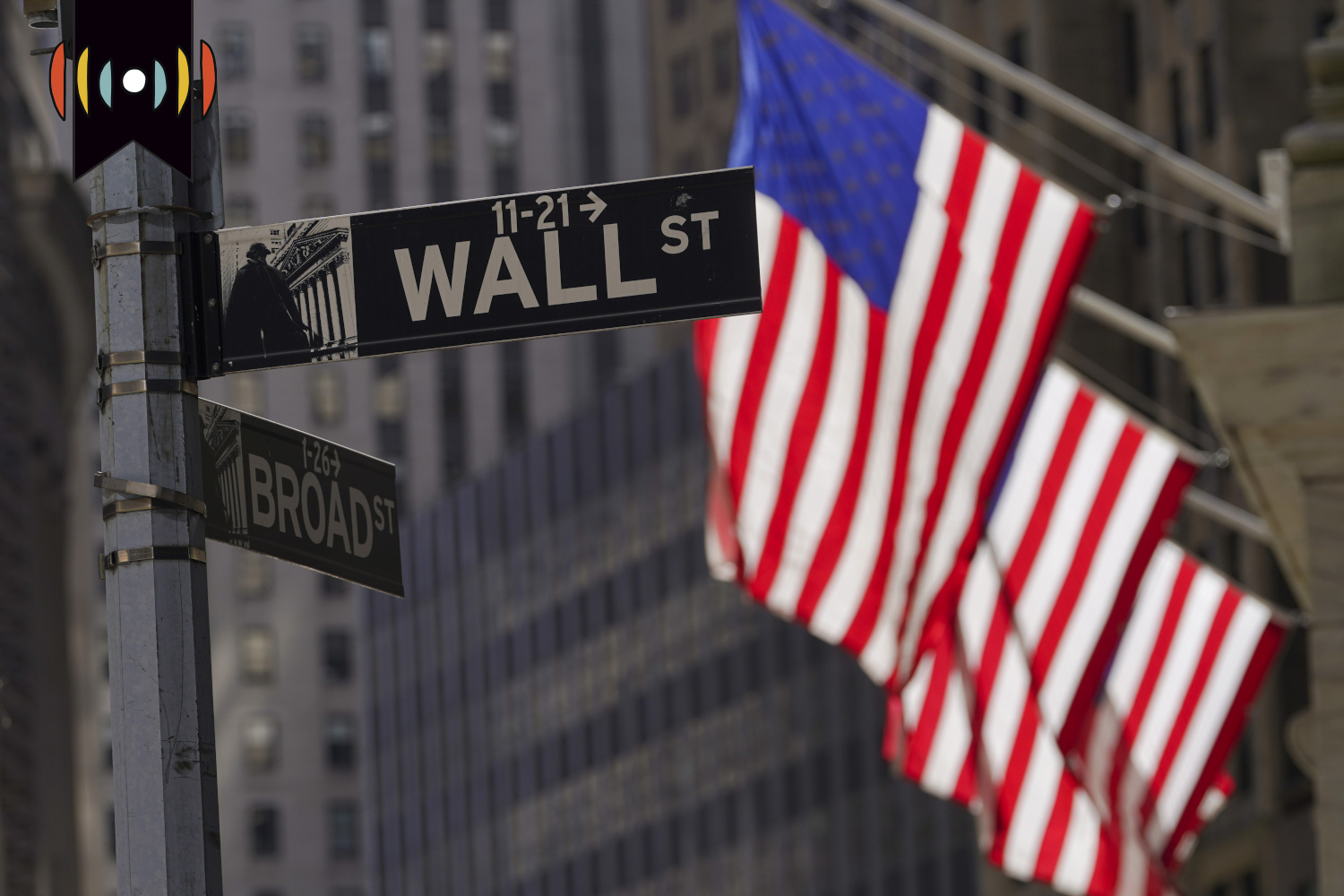 EICHER: David, before we tackle listener questions, let’s talk briefly about the report on 3rd quarter Gross Domestic Product and the good news that GDP picked up in July, August, and September, the growth rate at an annualized rate of 2.6 percent. That follows contraction in the GDP number in Q1 and Q2 and you doubted then we were really in recession. Do you think the economy is in significantly better shape now than it was the first half of the year?

BAHNSEN: No, I actually think it's in worse shape. And this speaks to what I wrote about in a Dividend Cafe you and I talked about in the show that the same thing that was causing GDP mathematically to come down, when it wasn't in the sustainable down categories around production, consumption, things like that, is now having the reverse effect. You basically had a really big boost in net exports - and that is a byproduct of us exporting a lot more energy than we normally do - and a lot less imports from China as a byproduct of their COVID policy. And so the way net exports flow into the GDP formula, it just simply provided a much higher number. What you didn't see negatively in the first or second quarter was what they call ‘non-residential fixed investment’ - and it's a fancy term for business investment. You didn't see that pulling the economy down, and now you don't see that pulling the economy up. So I prefer to look at what I call ‘core GDP,’ which is far heavier weighted into business investment, and yes, into what consumer activity is, which is just generally positive - Americans love to consume, as I talked about all the time - and a little less wading into inventories and in net exports. And when you look at the core side, you don't have a recession right now., but you do have a very muted, virtually no growth economy. That's where I think we are right now.

I’m a fan of the Fair Tax and believe it could be the single greatest opportunity for the US economy … just seems to me that taxing spending is a much better idea than taxing income. Curious of your thoughts about that belief but more importantly, curious if you see any opportunity for any real tax policy changes that positively impact our economy over the next 5-10 years?

Thanks for all you do, David!

BAHNSEN: Yeah, the subject of the Fair Tax has a certain kind of ideological attraction in that it is meant to tax consumption. And I believe that wealth creation and economic growth comes from production. And so our current tax code focuses on taxing the things that we say we want more of. So, our three forms of taxation at a federal level are on corporate profits (I want more business activity), on personal income (I want more personal productivity), and on investment gains (I want more capital formation). So we tax three things we want more of.

However, the solution to it being a fair tax, there are two problems, I believe will keep it from ever happening. One is that it just, indisputably, is an incredibly regressive tax. But it isn't politically doable. We're not going to pass a tax that results in a much lower tax burden for high earners and a theoretically higher tax burden for lower earners. But even apart from the politics, Nick, here's the thing. Why would an advocate of a fair tax believe that in the future, they wouldn't bring back the income tax and the business tax and the investment tax on top of the fair tax, which is exactly what I believe would end up happening? If you try to solve for tax code before you've solved for spending and the size of government, they will eventually end up with both/and, not either/or. That's my biggest critique of the Fair Tax.

As far as optimism about some changes in tax code coming, no, I don't think that anything happened with divided government if after the 2024 election there's a tax reform minded president and a majority in House and Senate that are looking to move the ball a bit. But I don't believe that we have either party in this country really focused right now on lowering the size of government and you inevitably need to lower spending before you can really effectively and sustainably deal with changes in tax policy. Along the way, the best we can hope for is what we got in 2017, which are kind of improvements around the edges.

EICHER: Next question, David, an email from Sue Peck.

She says she’s always believed in free-market capitalism. But, she says: the brand of capitalism we have in this country seems more like greed.

Companies earn billions of dollars each year, they give away millions to causes I usually don’t support and executives have salaries in the millions.

I’m wondering why people or companies need that much money, when their customers are struggling to make it one day to the next on their paychecks.

Why don’t these companies lower their prices a bit, and let their customers decide what cause they want to support?

Bottom line, she wants to know: Has capitalism become untenable?

BAHNSEN: In a way, there's an implicit answer to the question in one of the premises when she says “why not let customers decide?” But of course, customers do decide when they pay the prices. And so to the extent that companies are overcharging the customers who would make that decision, the question comes down to, “who is most qualified to set prices: two people in the transaction, the person selling and the person buying, or a third party not in the transaction?” And what Friedrich Hayek taught us is that when the central planners tried to set prices, you greedy companies, you're charging too much, we're going to tell you what the right price level is. They first of all, make everything worse, because they discourage the needed production that will bring prices down. Why would someone come in and provide competitive productive capacity that would help bring prices down if the government is putting a ceiling on what prices can be? But second of all, neither myself or you or the person asking the question, let alone anyone in Washington DC, has the knowledge or has the incentives to know what the right price level is. So I think when we talk about greed, we have to understand that there's more than one side to this. Companies lose money for different years when their cost of production is greater than what they're able to sell for marginally. And then other years, they can have bigger profits. And these factors have to be weighed into the total decision making. So as long as there are movie stars that get $40 million for a picture, and companies that have record profits, some people are going to accuse folks of excess profits. But I do believe fundamentally that fear, that concern, that problem really comes down to the 10th commandment. I don't think that there's a solution to one of us subjectively thinking so and so makes too much money or charges too much money. I don't think there's a solution that isn't far worse than the problem itself. And when a remedy, a cure becomes worse than the problem, that's when you can do really bad economics.

EICHER: Next question from Bill Mech. He’s been taking your free economics course at Bahnsen.com.

Bill has finished up the last few lessons dealing with Minimum Wage Laws, Price Subsidies (or Controls), Mandated Health Care and the like.

He writes this: David makes the point that government interventions such as these interfere with the efficient operation of markets to properly balance supply with demand and efficiently allocate capital and other resources. At the same time he makes a point about efficient markets being positively correlated with public morality, and that markets will function sub-optimally and eventually self-destruct without the underpinnings of a moral society.

So here’s his question: if governments can intervene in markets to help alleviate poverty and all the social ills that go with [poverty], shouldn’t they [intervene], even if it interferes with efficient markets? [In other words]: … Is that not a small price to pay in order to do what’s right?

BAHNSEN: I would inverse the question and say, “How can we possibly trust government to alleviate poverty when they've now spent mega trillions of dollars on it over a 50 year period, and we have the exact same poverty rate that we did when they started?” So I don't trust any sinful institution to fully handle, but I do think we have an obligation to find the best possible solution and the best possible solution is indisputably in the private sector.

But even if I accept his premise that we're just going to pretend the efficiency could be equal, or it could be even better, I then have to answer it this way. That's not charity. If you solve for poverty with compulsion, then what you've done is say we're not going to do charity, we're not going to do virtue, we're not going to do compassion. When one is compelled, Person A forces and confiscates money from Person B to help Person C, neither person A nor Person B did any charity. And so that act of theft and confiscation is not what the Bible refers to as charity. Charity starts in the heart; all virtuous activity starts in the heart and compulsion can never be confused with real charitable philanthropy.

Fundamentally, even if the government does confiscate to help poverty, they don't have anything to confiscate apart from the productive activity of a private sector. Only wealth creation provides the fruit that can be then distributed towards meeting the needs of humanity. So, on a level of historical accuracy, on basic vocabulary, and then on the economic nature of the topic, all three scream for the government getting out of the world of poverty alleviation and beg for a virtuous populace to take seriously the needs of their neighbors.

EICHER: All right, keep your questions coming. We will address them all. And we’d be most grateful if you could record your question, in your voice, on your phone, and send us a file to feedback@worldandeverything.com.