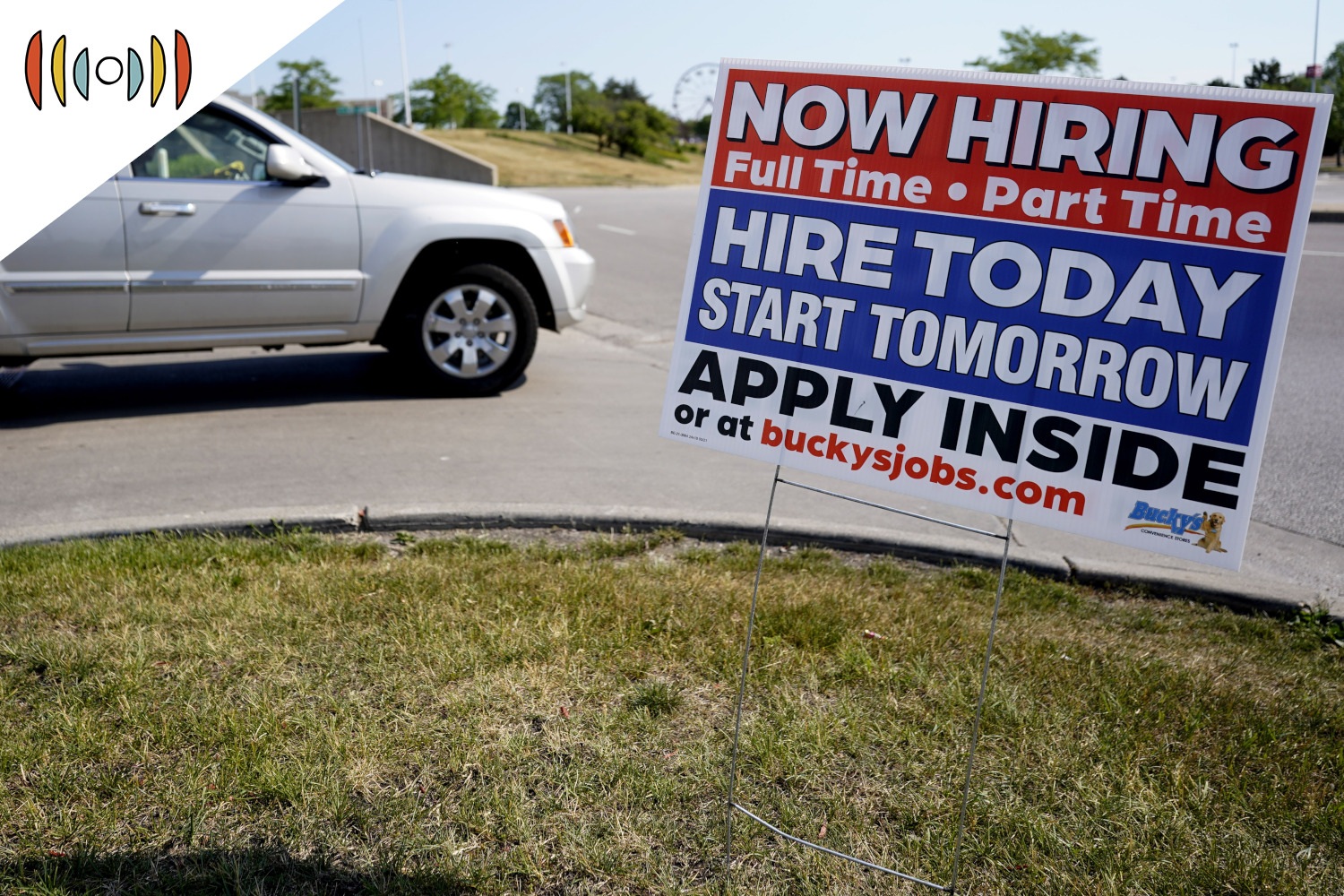 MARY REICHARD, HOST: Next up on The World and Everything in It … the Monday Moneybeat.

EICHER: I’ve got a lot to cover, quickly today—a grab bag of reports I’d like your thoughts on.

But I want to start on oil. Some interesting developments: number one, a legal matter in the Netherlands on Royal Dutch Shell, essentially a court there imposing emissions caps on the company to bring the company in line with the Paris Climate accords. Really unprecedented and the possible effect there of empowering Russia, China, OPEC, all of them, maybe. We don’t know the effect.

That's number one. Number two, President Biden suspended ANWR oil leases—so no oil production out of the Arctic national wildlife refuge. Number three, Trans Canada abandoning the Keystone pipeline, the company just is done fighting with the U.S. government. And I bring all of those three up under the broad umbrella of American energy independence or a resurgent OPEC.

BAHNSEN: Well, I think that there's some truth to that conclusion.

But I would add, though, because you're like you said, you're referring to the supply side, OPEC, having greater control of the supply. And I would also point out that we're giving more and more power to China on the demand side.

Because to the extent that we're asking the oil and gas, the use of it, the consumption of it to decline, while China does not, we're getting no environmental benefit, we're getting no carbon benefit. And then on the production side, any incentives for those for American production, are necessarily beneficial to the OPEC plus cartel.

EICHER: Another month and another record high for job openings, the government’s JOLTS report came out, again, a record 9.3 million jobs for May. That’s after April’s record high 8 million job openings, with employers reporting they can’t find workers. So month after month records falling and new records being set. When does this end?

And and that's actually right now, my new sort of prediction on this is that, who set this thing up to be a big benefit to President Biden, because they will say, in the fourth quarter of this year or the first quarter of next year, when unemployment inevitably dips lower, because the federally subsidized incentive to not work goes away. They will take credit for an improved unemployment rate.

But I think what they miss around that is how much damage gets done along the way. How many people lose out on over a year's worth of on-the-job training and other development and other opportunity, the seasoning in the job, and then also Nick, how much corporate America does and small businesses do to move the ball in not needing that level of entry-level employment, more automation, more technology?

So do I think that they're adding into a sort of secular entrenchment of permanent structural unemployment? I definitely do. And the timeline right now has got to be when this thing goes away, because it's one of the most unforced errors of disastrous implication from public policy that I've ever seen in my adult life. And I mean that, obviously, economically, but really politically as well, there is just no reason for that provision to have been part of that mostly thoughtless COVID bill.

EICHER: Alright, more talk of inflation—the government’s consumer price index year on year up 5 percent and The Wall Street Journal editorialized—quoting here—“This is a price shock largely made by government. Congress has shoveled out trillions of dollars in transfer payments, and the Fed has [interest] rates at zero, while the economy may be growing at a 10% annual rate.” End of quote. Concerning whether that 5 percent rise is simply transitory, the Journal says, “let us pray.” David you know these numbers as well as anyone, what do you say?

BAHNSEN: Yeah, it's really a very bad analysis. And so the reason when you look at 5 percent and are including energy, I guess most people have forgotten that in the month of May last year, nobody was driving and nobody was flying anywhere.

But if one wants to go back to 2019, and just do a two-year annualized level, most of these numbers are much, much smaller, right in that range—around 2%, not three, four, and five.

But my point is that inflation right now is not easily measurable monolithically.

We have to do better than that. And when you look at the food prices being up 2.2% year over year, that doesn't indicate big, broad monetary inflation.

You have mostly government policy errors, where there are inflationary problems.

Where prices are moving, obnoxiously higher, tend to be the areas where the government is directly subsidizing. We've had very benign inflation, low inflation for a long time, except for the areas of healthcare, higher education costs, and housing prices. And, of course, all three of those are basically the three areas of our economy that the government is most directly involved in, including in the form of direct subsidies.

You have some idiosyncratic things like the supply chain inadequacies and bottlenecks around various commodity imports.

But at the end of the day, I don't say that because I think everything is hunky dory, I think that there are significant challenges, but they are more in economic stagnation, not in an overheating economy.

It's just that we're coming out of COVID right now, and naturally, we're getting really great economic numbers. But I want to look to post-COVID to see how much stagnation this excessive government debt brings. The idea of a society living above its means, is a radically deflationary idea. And, and I pray that we start getting this right, regardless of one's political orientation.

EICHER: David Bahnsen, financial analyst and adviser. He writes at dividendcafe.com. If you’re interested in his newsletter, you can sign up and David’ll send it to your inbox. Good info if you want to keep up with markets and the economy. Appreciate it.

BAHNSEN: Thanks so much, Nick. Always a pleasure.

Not only tragic, but lacking intellectual reasoning......