Deficits, debts, and a $6 trillion budget 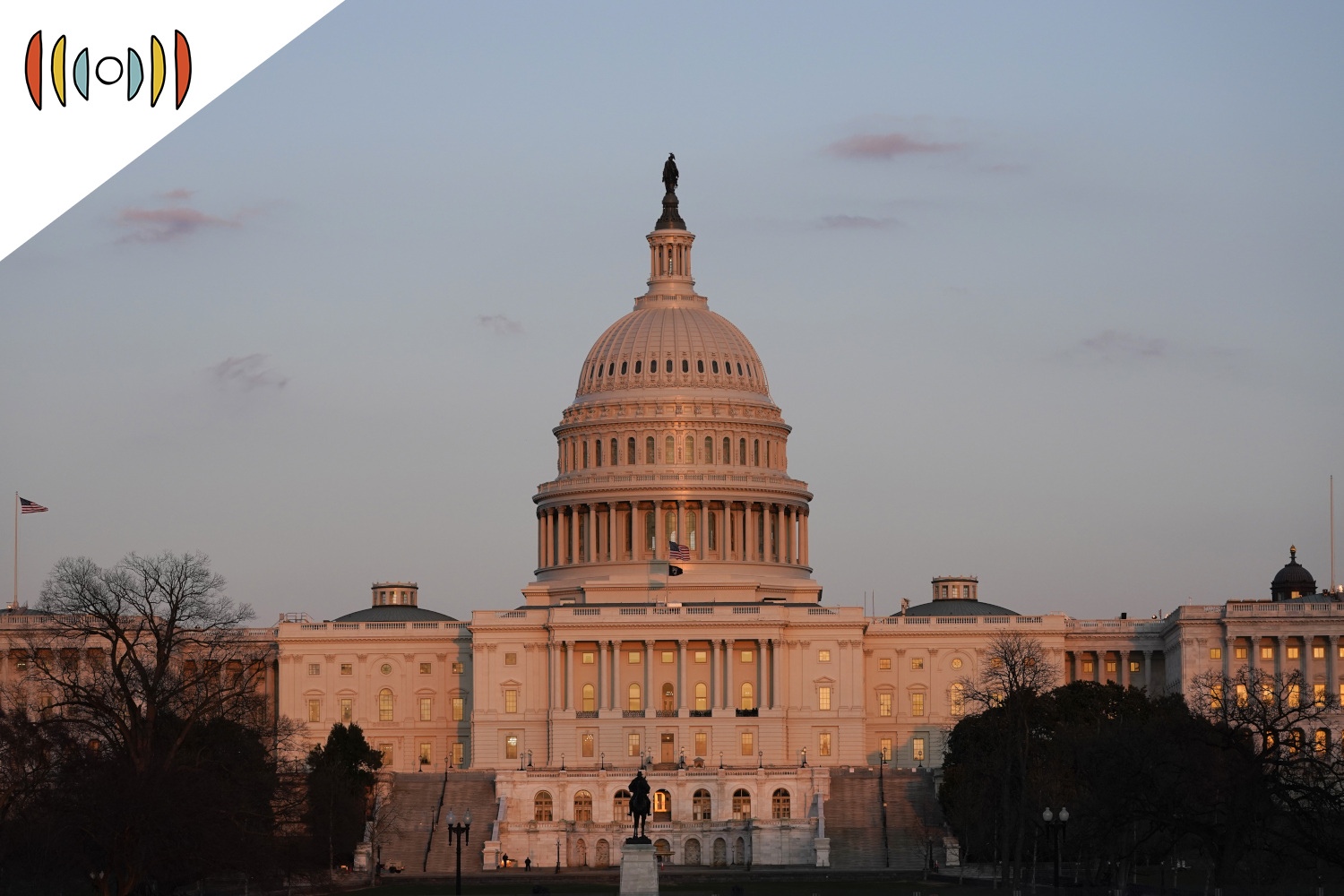 MARY REICHARD, HOST: Coming up next on The World and Everything in It, the Monday Moneybeat.

BAHNSEN: Yeah, I'm a little different than some of my conservative friends on this stuff. Because the math of it is not anything we didn't know, right there. They're coming through and putting together a budget because they have to by law.

But all of the things that are in there are things that already been proposed, and were part of the campaign. And so I think at the end of the day, the notion that we are in a period where politicians feel that the people want them spending exorbitant amounts of money in a combination of things, mostly transfer payments, but that there isn't necessarily a clearly defined point at which there's resistance, clearly defined point at which the taxpayers say "no," that, you know, the sort of Tea Party moment in 2010, 2009 doesn't really exist anymore. I think that's that's pretty well known.

I think that'd be true if it were a Republican president as well.

So right now, the notion of there not being a limit to the fiscal side of economic management is well baked in.

EICHER: So I’m taking your point that this budget proposal is no surprise. But still, looking at this Wall Street Journal story on the budget and we’ll be talking about deficits and debts so before I do, just a quick definition of terms: deficit is the one-year difference between what we spend and the tax revenue that flows in and a single year’s deficit piles into the overall debt we carry. And so debt is the total and deficits are the year-to-year increase of it.

So now looking at this: The White House is projecting a deficit for fiscal 2022 just under $2 trillion. Compared to the overall economy, that’s about 8 percent of GDP, what America produces in a single year. Compared to last year, it’s a decrease from an almost $4 trillion deficit with all the emergency spending. Those are the deficits.

The debt now: and here I’m quoting, under the budget plan, “Debt held by the public would rise to [almost 112 percent of GDP] in 2022, surpassing the level seen in the wake of World War II. Debt would continue to rise in the following years, reaching 117 percent of GDP in [the year] 2031.”

BAHNSEN: Yeah, the conversation, I agree is somewhat important, regardless of the details.

What's really important about you said, by the way, that'd be the smallest deficit next year that we've had in the last few years. The point is, next year, they're projecting that deficit post COVID, without COVID Bill Three, COVID Bill Two, COVID Bill One, and infrastructure bill, etcetera.

Just in a normal pro-forma of the United States P&L, they are projecting with no wars going on, and in substantial economic recovery, deficits of well over a trillion dollars. And that's after we had a run in about a two year period $5 or $6 trillion combined deficit on top of the national debt, we entered COVID with a $21 trillion. Do the details matter a whole lot beyond that? I don't, I don't think they do.

I think that the point is, there's no austerity, that's gonna fix it. You're not going to hire you know, McKinsey or Deloitte and Touche to come in and advise on how you can cut some costs. There's no Medicare or Social Security reform coming there or being proposed or being discussed in even the most remote of ways.

The last Republican president we had, ran against the idea of entitlement-spending reform. So the vast majority of what affects the national budget is transfer payments, Social Security, Medicare, Medicaid, Obamacare, more recent times, the various COVID relief measures. And there is absolutely no appetite whatsoever.

So in a sense, I'm all for talking about it. But I just think we have to be very honest on what's going on.

Sometimes you got to talk about it, because there's this battle taking place—like there's some that want to spend more, and there's some that want to not spend more, there's no such battle. There's no conversation to join in taking sides, there is no side here. And what is happening is that the people have demanded this level of spending and the people are getting it.

And my view is that such debt represents a continued deceleration of growth of the American economy, which continues to exacerbate inequality, socially, and otherwise cultural inequality. For the very kind of obvious reason: that rich, successful people are incredibly resourceful at navigating their way through such times. And most people lack the resources to do such navigation. And that's what I expect to happen for years and years to come.

EICHER: And so people hear this—increasing the government debt—and at the same time seeing stories of rising prices, we’re hearing talk of inflation in the economy, you’re hearing the same things I’m hearing.

BAHNSEN: Yeah, I am of the opinion, this is not what a lot of my conservative friends want to hear right now. Because I think there's a lot of people that do like the inflation narrative. They like pinning price increases on the really poorly thought through third COVID, stimulus bill, on Biden administration policy, all of that. And I'm really critical of those policies in that bill myself. But I'm really more and more in the camp, that these inflationary price signals are going to prove to be highly cyclical. I think that the deflationary pressures that are coming on the other side of this are going to be quite, quite significant.

And so this is not ever to be taken as me having a positive outlook about this. It is very concerning. It's just simply the disagreement as to whether or not excessive government indebtedness in developed nations is primarily inflationary or deflationary.

But it comes down to this, Nick: I believe that excessive debt pulls growth from the future into the present, which therefore means you get less growth in the future, that less growth means less loan demand. And less loan demand is by definition, a tautology, deflationary. And so when a dollar is spent in the economy, even a printed dollar that becomes inflationary when it gets spent quickly, and over and over again. But when it gets spent once and then sidelined and put into a savings account and sits in a bank, it gets sort of exterminated or removed from circulation. That's not inflationary.

And the correlation in history, the better way to say this is the inverse correlation, that velocity goes down in direct proportion to debt going up, is about as perfect an economic law as anything I've studied.

So I just simply don't believe that excessive government debt is inflationary in a developed country. In a banana republic it is. It's a failure of government policy. It's the byproduct of a subsidy. When you subsidize something, you raise the prices of it. And those are the inflation stories we should be talking about. Those are economic, those impact people's lives, those are permanent. The other inflation stories, I think a lot of people are going after them for clickbait, for a political jab in a moment. And it's not very thoughtful in my opinion. So that's my little hobbyhorse about all this stuff.

EICHER: Alright thanks, David Bahnsen. Financial analyst and adviser. He writes at DividendCafe.com—easy email signup if you’d like that in your inbox. David, talk next week!

Great stuff, as usual. Thank you for your great work and for striving to remain neutral and nonpartisan in this sort of coverage. The world needs more of this! Keep up the great work!