The September jobs report underwhelmed at almost every level 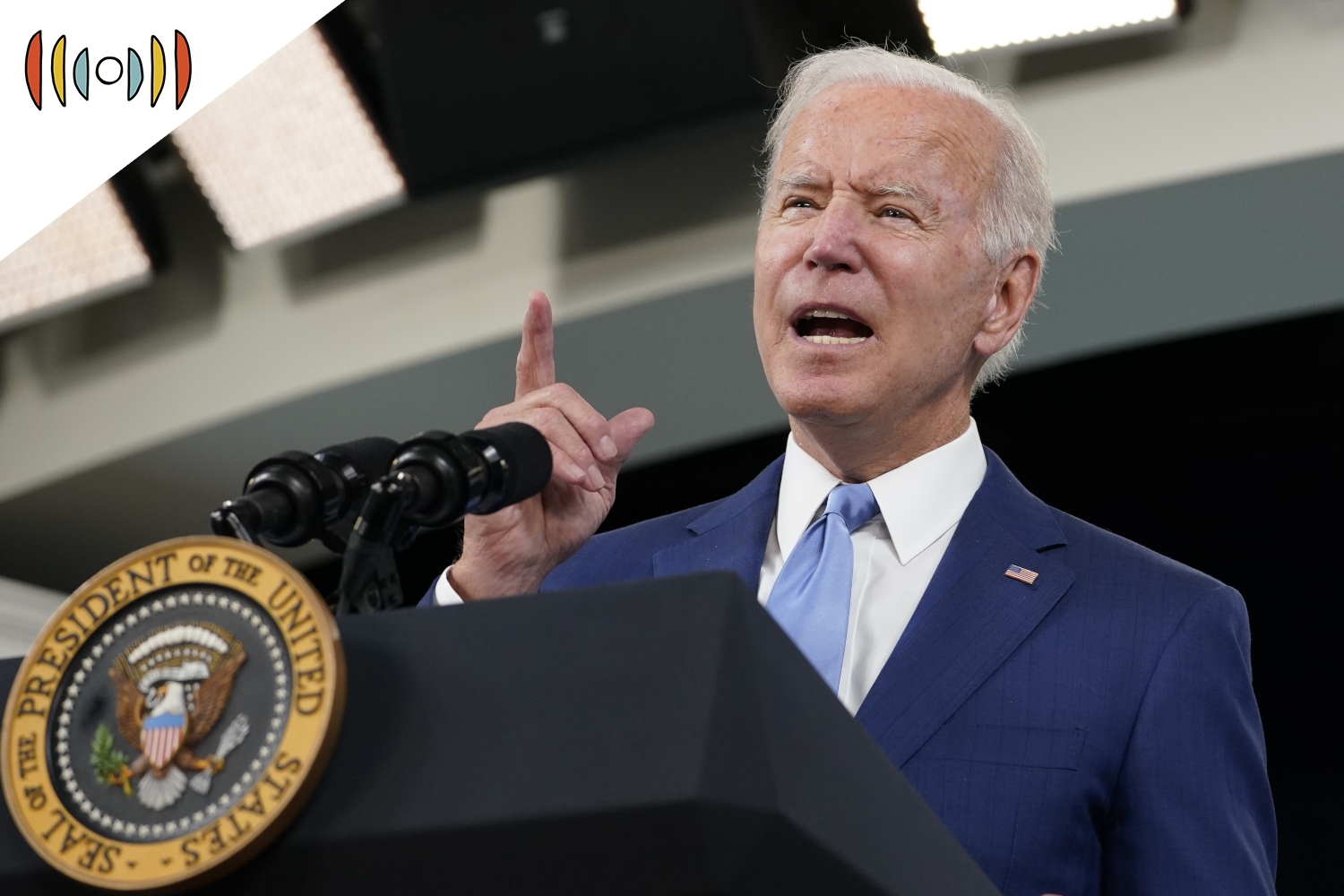 BIDEN: Today’s report has the unemployment rate down to 4.8 percent, a significant improvement from when I took office and a sign that our recovery is moving forward even in the face of a COVID pandemic.

NICK EICHER, HOST: President Biden referring to the September jobs report—touting it as good news—even in the face of the economic headwinds of the Delta variant of Covid.

The jobs report from the BLS—the government’s bureau of labor statistics—had American employers adding just shy of 200,000 jobs in September. 194,000 to be exact. And it brought, as the president said, the unemployment rate down from 5.2 percent the previous month to 4.8 percent.

Financial analyst and adviser David Bahnsen joins us now for our weekly conversation and commentary on markets and the economy.

EICHER: This jobs report fell way short of expectations. It’s got to be disappointing at a certain level.

BAHNSEN: It's disappointing at almost every level. I think that it is impossible to ignore the underperformance in the private sector relative to what was expected. But on the monthly numbers, we got some foreshadowing from ADP in the pure private sector payroll number a couple days before, that came in lower than expected. And then, of course, the BLS number Friday at 194,000 was substantially lower than what had been expected.

EICHER: You’ve explained this before, but it bears repeating: if the report falls short of the number of jobs that really need to come back—in other words, it’s a disappointing jobs report, but still you see a nice decrease in the unemployment rate. How can that be?

BAHNSEN: The reason that the unemployment rate drops sometimes, even when the absolute number of new jobs created is less than expected, is because there's two numbers, two inputs that go into the percentage, the numerator and the denominator. But then when you have the total amount of people that are looking for a job, that are basically either employed or wanting to be employed, it's what we call the labor participation force. And when that number drops, you can end up with an improvement in the unemployment rate, because the total amount of people who are unemployed is divided by the people in the labor force, the math moves in that direction.

This is the problem that I've talked about for a long time now, that is far more important, in terms of long-term impact, the structural impact right now month by month with the jobs number, that indicates a few things about people coming back to work: The fact of matter is the two big things that have mattered over the last, let's call it two years, were the huge numbers of jobs lost when they shut down the economy for COVID, and then the huge recovery that's taking place. Then the rest becomes kind of marginal.

The fact of the matter is that the labor participation force declining indicates more and more people that are giving up or just plain not interested in going back to work. That to me, as I've talked about several times with you, Nick, is very, very concerning, from a societal standpoint, a cultural, the productive impact for the economy. And then, of course, just existentially I want to see more of these people working, not less.

EICHER: I want to ask you to comment on President Biden’s explanation why the report wasn’t the strong report economists were looking for. He opened up his statement talking about the enormous progress his policies are making: The monthly totals bounce around, he says, but if you take a look at the trend, it’s solid.

Nevertheless, he reminds us of this. Have a listen:

In other words, it would be much better, but Covid.

BAHNSEN: Well it isn't true. That's my response. It's inaccurate.

I am somewhat encouraged by the fact that he doesn't think it's accurate either. I'd be far more concerned if they were actually operating off of bad information. But it is spin and it's a distortion of reality, and it doesn't explain at all the various movements in prior months, and it doesn't explain the job openings. We’re supposed to believe that people were not wanting to hire because of COVID increases in cases, and yet there's more job openings and a need for labor at record levels. It's totally contradictory.

But when it just comes to the basic math of did people want to hire folks last month but chose not to because of Delta? It defies anybody's empirical observation. And it defies what the data tells us about many employers' desperation to get new workers, not reluctance.

EICHER: We talked for many months, David, about the disincentives to work from the extended unemployment benefits—government policies that discourage work—and with those coming to an end in September, we’d start to see improvement. But we really haven't, not yet. Is it just too soon to tell, or what explains the lag between policy change and practical effect?

BAHNSEN: Well, yeah, I think that there's two things going on: You needed the month of September for those things to work through, like even people who stopped getting their government checks in early September, they likely weren't going to go out and get a job on day one. And so you kind of needed a few weeks for it to work its way through. And in fact, this week was the first weekly jobless claims number that actually dropped by about 30,000, from the week before. But in terms of monthly data, I definitely think that there will be a bigger lag there, it would take into the month of November to get the month of October report.

But it's entirely possible you don't get a big bounce back. Just simply if there are enough people that after 7, 8, 9 months of the extra government checks, for many people, they could potentially have been out of the workforce all the way since the beginning of COVID, maybe seven, eight months worth of their employer not having a job for them. And then another year of them choosing not to work with the extra benefits and things like that. And not to mention the direct payments that were received, three different occasions of thousands of dollars that were directly infused on top of the unemployment supplement.

But I think that there's two things that we're going to have to solve for that I don't know the answer to. One is how many of those people just decided ‘I'm going to, I just really don't want to go back to work, I'll try to make something happen in a stay at home environment.’ You know, there's different behavioral decisions that could be evidenced when you get conditioned to unemployment. But of course, the other possibility is there's employers that don't hire some of those people just simply because they feel that they're less skilled, less, you know, disciplined, they're, they're not job ready. And there's plenty aspects of the economy that are going to require somebody who might have been engaged over the last year, not, you know, whatever they were doing, and so I'm not trying to throw shade on anybody. I'm making a generalization on purpose.

The fact of matter is that we are both an employer and employee side that could be problematic for people who have been out of the workforce, voluntarily, an extended period of time reentering jobs or like exercise. It is very hard to get up and running again at full speed when you've taken a lot of time off.

BAHNSEN: Thanks so much.

I have had a number of friends get fired or quit because they did not want to get the COVID vaccine. What impact is that having on unemployment numbers? I would love for a World journalist to do some digging in this area. I am especially suspicious that this is a factor because it's the kind of truth and news the major media outlets don't want to talk about. One of these friends is a health care worker who inputs data from home. She can no longer work from home because she didn't get the vaccine - despite already recovering from Covid and having the antibodies. Because of the Federal governments mandate that all businesses with over 100 workers must fire their employees who don't get vaccinated, the only place that would hire her would be a small business but there are not many of those in healthcare - hence a "skills mismatch" also.