Vaccine mandates could further divide the country, and the economy 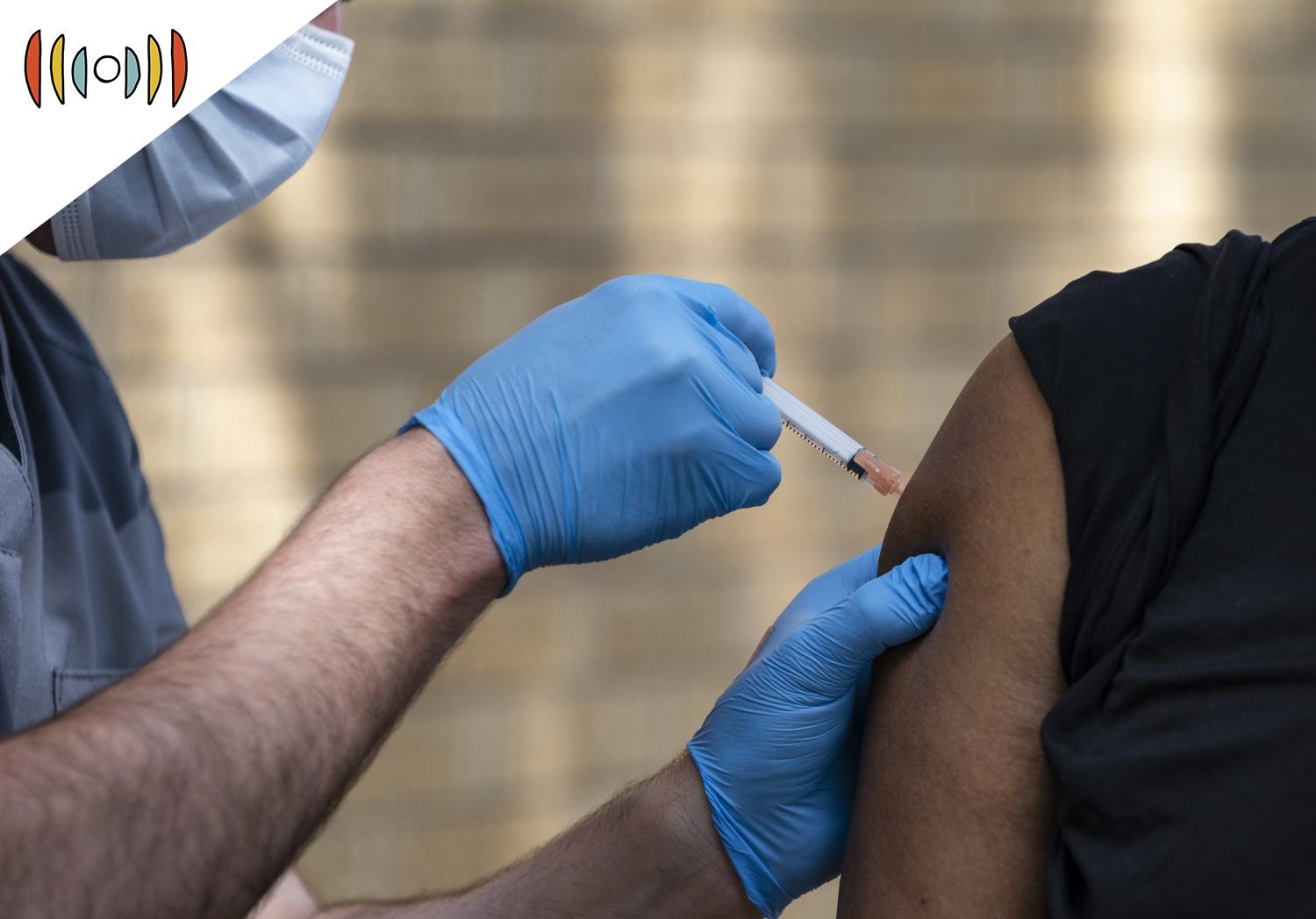 DAVID BAHNSEN, GUEST: Good morning, good to be with you.

EICHER: Need your help here off the top. A lot of smallish economics stories last week, but nothing really stood out, couldn’t discern what the true, big story was of the week. What was your sense of that?

BAHNSEN: Oh, I do think even though it has such a big political overtone, and obviously is connected, all the COVID stuff, but I think even economically, this move by the administration on vaccine mandates on Thursday night of last week will prove to be the big economic story of the week. It also was a, you know, modestly challenging week in the stock market each day saw a little bit of downward pressure. It wasn't anything substantial.

So then you get down to what took place Thursday night and the idea of the executive branch of government, using OSHA as an enforcement mechanism, DOL, to mandate vaccines for any company over 100 employees. Why do I say it's an economic story? You know, I imagine people listening have different opinions on the subject. My point is that economically, the executive branch, utilizing explicitly regulatory discretion, this abusively has no limiting principle, and economically employers that now have to price in to the way they think about their business. The fact that not just particular local agency or regulatory body or something, you know, that they have proximate kind of accountability over, but that the White House, or the president knighted states has this kind of authority, the enforcement mechanism is going to be wild. Potentially, the cost to businesses will be wild, I imagine there won't be as much because there'll be so much non compliance, and fraud and just all kinds of, you know, really unexpected outcomes from it. But my point being, this invites a level of uncertainty into a period of time in the job market where it's the last thing it needs. We're living in really interesting times.

EICHER: David, I read a handful of stories on the mandate and came across several—and I grant this is anecdotal—business owners quoted suggesting they’re a bit relieved to have government be the bad guy here, they’ve wanted to require a vaccinated workforce, but they didn’t want to be the bad guy. Now they can say, my hands are tied, you’ve got to get the vaccine, government says so.

So the economics of that—studying the tradeoffs—you have the heavy hand of government, but isn’t the tradeoff that maybe Covid goes away completely and faster and we get on with normal life? How do you analyze that?

BAHNSEN: Look, I do think that you'll get more vaccinated people out of this to some degree. But then there's tradeoffs. A great economist once said, there's no free lunch. And and I've decided to write a book by that name. What's the tradeoff here? I think you'll get more people vaccinated. And that is what I want. I don't mind at all saying to our listeners, I'm vaccinated. I'm for the vaccine, all of that. I also, by the way, Nick, and this may be somewhat controversial, but I have no problems with employers who mandated the vaccine to the extent that it is their company, and they have the right to do it. And I have to be consistent in my application or free exchange, I think the employee or would have had a right but you're bringing up interesting point employers who wanted to do it, but didn't do it. And now can say, Okay, well, I can rely on the mandate of the government to get away with it now. That what the trade off is that it further exacerbates the distrust of government. It further exacerbates the split that's taking place. There are a substantial amount of non-vaccinated people that are still not going to get vaccinated. They're digging in their heels. So we are living in times where civilly and socially, there is a great deal of unrest, and that rift has been getting worse, not better for about, you know, five years. I think this is going to make that worse, and that has an economic cost to this is something I've been arguing for for some time. I wanted more people vaccinated but did not want mandates. Because I wanted persuasion and human empathy and argument and friendship and conversation to make the case not mandates and unfortunately, they're going about it in a way that I think is yeah going to get more people vaccinated but also going to further divide the country, and that has all kinds of effects, and one of them is economic.

EICHER: We’re still watching the big government spending drama play out—many, many moving pieces to all of that—but you’ve started I know thinking about the economic impact of the related tax increases to pay for some of it. Is it worth walking through that before we go—the economic impact?

BAHNSEN: The economic impact, the negative economic impact from this bill is going to come down to the size of the spending, because it isn't like, well, let's say they decide to spend $2 trillion and not three and a half. And I think that's very likely that the number becomes between one and two, I think Manchin and Sinema have set this thing up to cut the bill in half. At that point, then if they decide to pay for half of it with taxes, or a quarter of it with taxes, the biggest economic issue is that we raise the size of government. And therefore you inevitably decrease the size of the private sector. And that crowding out of the private sector, the percentage of GDP of the economy, represented by government is the problem. That is what put because it is less productive, you then have a less productive workforce, you have less productive engines in the economy, less innovation, so forth, and so on. And so the size of the package will matter. The vast majority of this spending is pure transfer payments. There is very now the infrastructure bill has some things that are more productive in their orientation around the infrastructure of the country, broadband and water and rail and highway and things like that. But for the most part, this larger spending bill is social spending. There isn't an economic productivity that's associated with it, there's just simply a cost that currently exists that gets moved to somebody else. That's why we call it a chance for payment. As far as where I think the biggest economic costs will be borne in tax increases. As a supply sider and one who believes so deeply in capital formation and investment as a means of boosting productivity. Anything you do to tax something, you get less of it. So if you tax more of investment, you get less of investment. National Savings is what is impacted by a bigger government, but just definitionally Okay, it's a tautology, you have less savings, when you have more government spending, you cannot have investment without savings. That's where investment dollars come from, and savings dollars. So the less savings you have, the less investment and the less investment you have, the less economic growth and so I am concerned about the size of government concerned about the size of spending and then I want to get concerned on what they might do with some of the tax stuff, but we really just don't have clarity for me to get overly worried there. And we have bigger fish to fry.

BAHSEN: "I have no problems with employers who mandated the vaccine to the extent that it is their company, and they have the right to do it. And I have to be consistent in my application or free exchange, I think the employee or would have had a right . . ." So is it true that Mr. Bahsen believes it is ethical to require employees to take certain medicines if the employer thinks they are good and necessary? Does the employer have the right to do anything he wants with employees? The current law and the courts have said emphatically "No!" Employers have many restrictions on what they can do with employees, but according to Mr. Bahsen they have great power over their employees even to the point of invading their health care privacy and forcing medical on them. I don't think Mr. Bahsen has thought through the implications of his position. I also support more rights for employers. I don't believe un-vaccinated people hinder free exchange. I also believe the government has put too many restrictions on private companies. But forced medical treatments is a bridge too far.

I agree with David. My concern with the mandate is that whatever good is done in terms of lives saved via coercion will be outweighed by the increase in bitter polarization that weakens our democratic institutions and makes us more vulnerable to the next crisis.