A new term for government confiscating money, either directly or indirectly

This May 4, 2021, photo shows the Treasury Building in Washington Patrick Semansky/Associated Press Photo 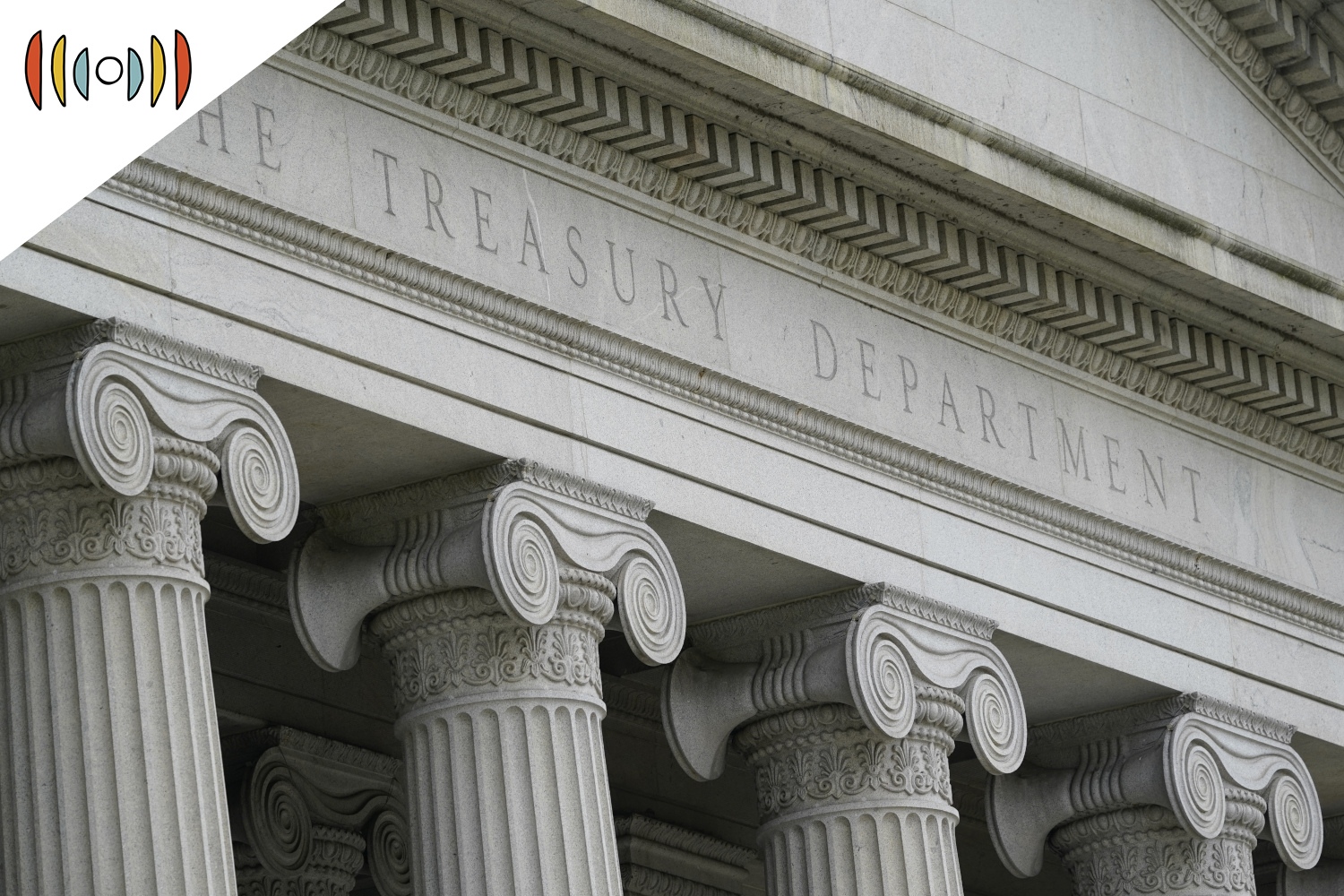 DAVID BAHNSEN, GUEST: Thank you for having me.

EICHER: Well, maybe for the big economic story, I think we have to talk public policy. President Biden made a trip to Capitol Hill to meet with congressional Democrats and the big news was announcement of a budget agreement with Bernie Sanders, the budget chairman in the Senate, $3.5 trillion.

The dollars are big, not as big as the progressives wanted, but as I say Sanders is on board, maybe that’s the biggest part—that’s what made it news.

BAHNSEN: That’s the only part of it, that’s what was basically announced, is that Biden and Bernie have an agreement and that is big news because they had to cut two and a half trillion dollars out of it. So they're clearly working backwards. But within a few hours of Senator Bernie Sanders and President Joe Biden saying that they had come to an agreement. And now they have to do the hard work of getting 50 democrats on board, because they don't intend to go forward on this bipartisan, they're going to bring it up through a budget reconciliation. You can't bring up a budget reconciliation, you can't open a reconciliation window, unless you have passed a budget. And the very first response came from Senator Joe Manchin, who said, I want all of it paid for, and my own back of napkin math, is that they are not going to be able to get much more than about 2 trillion done through some of the different pay fours. So I suspect it comes down even further. And then there are other pieces that are less quantitative and more qualitative. We're both Senator Sinema and Senator Manchin and I'm quite confident, several Democratic Congress, representatives on the House side that I don't think they're going to agree to the language about eliminating fossil fuels and things like that. So the Biden administration's left themself in a very precarious position, I still believe that they do end up getting something done. But when you set expectations high and have to keep going lower and lower and lower, it's not good politically. And then the two, and I'm sorry for the long answer, but there's so much in all this, the two big things that I think are very likely to come out of it is as they push forward to the American Families Act, I think they're going to lose a couple Republican senators on the on the infrastructure package. But then the other piece is the progressives in the House, they got Bernie Sanders on board in the Senate. But I'm not at all convinced that the kind of AOC squad is ready to give in on this reduced package. And what I mean by reduced to three and a half trillion seems like a lot of money to you and me, but what they wanted was a full public option on Obamacare, and they're not going forward with some of that, to scrap two and a half trillion out of what they planned, is quite a bit. So it's been a difficult week for some of the Democratic legislative agenda. But they're, they're not out, they're just gonna have to keep making the sausage and seeing what comes out.

EICHER: I'm struck by this language that we have to use now, the term “pay-for.” We don't talk about taxes anymore. We talk about pay-fors. And so I want to pick up on the comment that you made about Joe Manchin and budget pay-fors.

EICHER: I mean, everything’s paid for. There’s no free lunch. Even deficit-financing’s paid for in delayed, but still-unpleasant ways…

BAHNSEN: No, no, he means that’s what “pay-for” means, not with deficit financing. But I think you’re right: ideologically, all pay-fors are a form of taxation. But in this case, what he is referring to are, for example, the infrastructure bill, this is a Republican notion, it's one I actually support is user fees. So that would be an example of a pay for if you say the people that are using the cars that are on the highways are going to have a certain cost for what they're using the covers the infrastructure, higher tolls, for people using the bridges, things like that. We wouldn't think of that as taxes, and we certainly wouldn't think of them as tax rates, where incentives come into play. The other pay for that's going to be a big part of whatever they end up doing on this American Families Act is pharma reimbursement. So again, it's not necessarily a tax, but it's an incoming revenue, but it has to do with just a reduced payment to the pharmaceutical companies for the drugs that they provide through the Medicare program. So all of it's a tax in the sense that it's the government confiscating money either directly or indirectly. But that's where there's a little creativity for some of these lawmakers and creativity when it comes to pay for lawmakers is usually not a good thing.

EICHER: David, the core of the Republican argument against all this and they're all going to vote no, but it seems like the core of the public debate talking point is, ‘Hey, we can't have this kind of spending. This is inflationary. Just look around. Prices going up. Lumber is through the roof. You can’t get a car.’ Everybody feels this. You've heard Republican arguments that the Democrats are pumping inflation with this spending blowout. And I know the inflation narrative is one of your favorite topics, but you think this is a mistake

BAHNSEN: Well, it’s one of my favorite topics in recent months, because it's only become a Republican talking point in recent months. And it's a wrong Republican talking point. I'm against this government spending, and I'm against inflation. But this spending is not inflationary, and a Republican Congress and Senate that oversaw the expansion of the national debt to the tune of $8 trillion in 4 years, government spending constricts growth; it does not overheat the economy, it cools the economy, it does not lead to too much productivity, whatever that is, it leads to not enough productivity, it mis-allocates capital. And the reason it does that is because productive growth in the economy comes from investment, and no dollar can be invested unless it comes from national savings, there is no dollar to invest that was not first saved. This is mathematical logic. And the more government spending you have, the less national savings, you have, ergo, the less productive growth. This is a very simple algebraic formula that I think most people can understand. Lumber prices have now become this big embarrassment, because they blew up a few 100% because they couldn't get any timber. There was this massive supply disruption. And you had a lot of Republicans, some of them well meaning, some of them disingenuous, saying ‘Oh, look at this hyperinflation and it's hurting housing, and we can't build our backyard decks.’ And now lumber prices have collapsed 70% in the last six weeks. Calling something inflationary because of supply disruptions from semiconductors, the used car issues and so forth, it is only going to backfire, because these things do end up going away. And then the people that have said been saying, ‘Oh, it's transitory, it’s transitory, government can spend more’ are going to not only take a victory lap that they were right, they're going to then claim the moral and economic authority to spend more. So I want to call this what it is - excessive government spending is a bad idea, living outside of our national means is a bad idea. But labeling it as a bad idea because of inflationary ramifications is very concerning to me, and does not stand up to the test of history. Excessive government spending contracts growth, it does not inflate it.

EICHER: David Bahnsen—financial analyst and adviser. He writes at dividendcafe.com. And that’s your Monday Moneybeat. Thanks David, see you next week.