Is it a systemic problem or just one bad apple? 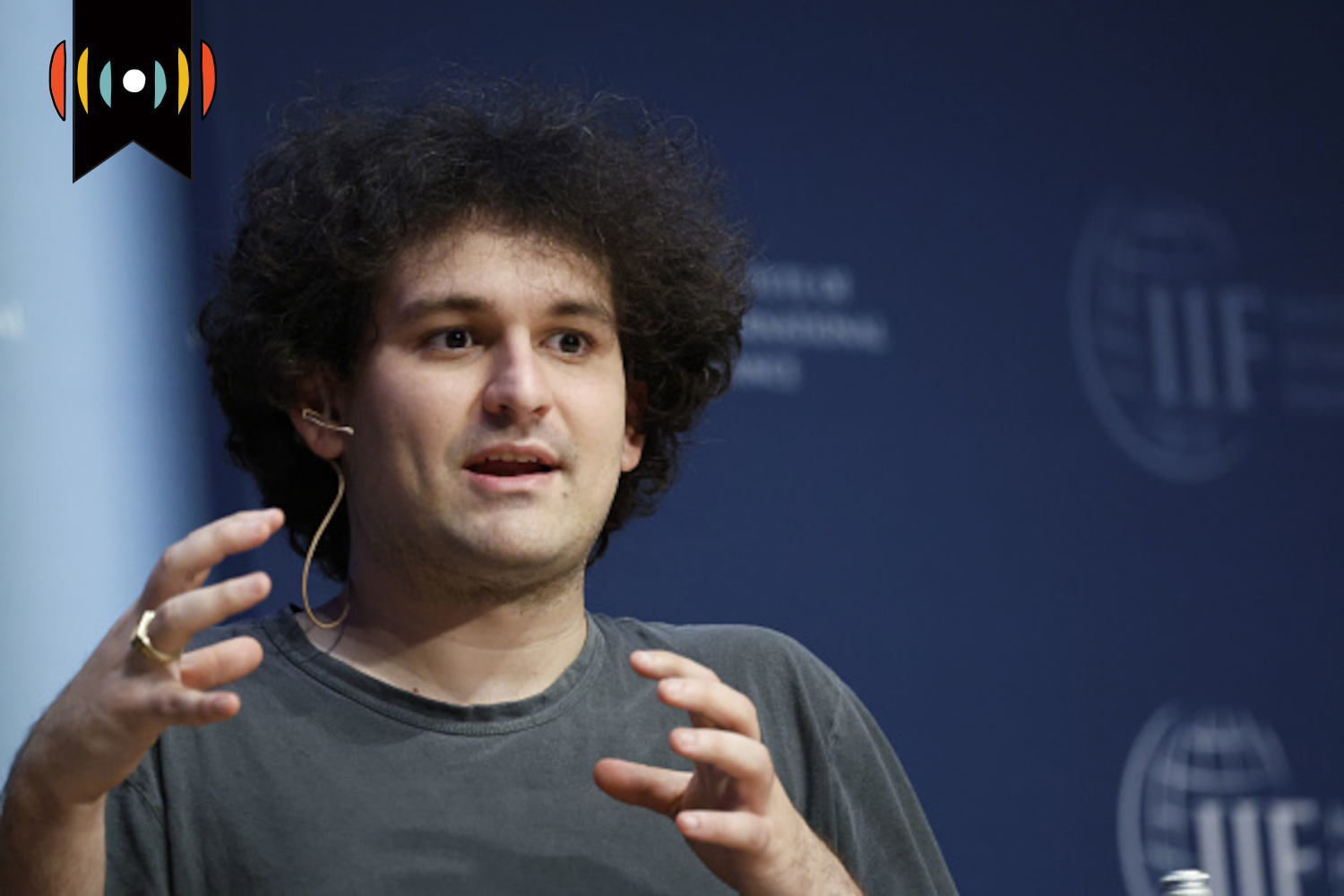 NICK EICHER, HOST: Time now for our weekly conversation on business, markets, and the economy with financial analyst and adviser David Bahnsen.

EICHER: So the collapse of the big cryptocurrency exchange FTX was more than a week ago, but it was only last week that we really started picking through the rubble of this story.

And it seems that with every day, we start to see what a mess this is, so I’ve been looking forward to talking with you about it. But big picture: Does this story speak more broadly to the issue of cryptocurrency, do you think, or is it just a picture of one bad apple?

BAHNSEN: No, it’s definitely a bigger story than just one bad apple. Because what the one bad apple reveals is how many other bad apples there are, and how much of the earlier price hike of cryptocurrencies was actually related to leveraged buying: People buying other cryptocurrencies with money they didn’t have. It shows that they’ve introduced a Ponzi like dynamic in the normal market functioning of cryptocurrency. Then when you have someone taking that money and using other people’s money as leverage and so forth, that adds another level of grift.

One of the concerns people have had in the crypto space from day one—and skeptics like me have constantly asked—is what is the functionality outside of criminality? I’ve been unable to see who would use crypto aside from hackers and criminals who have adopted it at a high rate. What an incident like this seems to reveal with its offshore component is that these exchanges engage in the skirting of different margin requirements and other regulatory aspects of financial markets.

Even the most mainstream and the most conventional… I mean, this guy had naming rights at the Miami Heat arena. He was the second biggest donor to the Democrat Party. His parents are professors at Stanford. He was a sponsor at all kinds of financial conferences I attended. This wasn’t some dark shadows, Russian hacker-type actor, this guy was in the mainstream of the financial world and a big proponent of ESG: Kind of modern spokesperson for the crypto world. And it has imploded in a way that I think is going to reverberate for quite some time.

EICHER: You mentioned ESG and I’d intended to ask about that as well, David.

But Sam Bankman-Fried, the head honcho of FTX, really let loose with some serious cynicism about ESG with this quote in an interview with Vox: That ESG is—and I quote—this “dumb game we woke westerners play where we say all the right shibboleths and so everyone likes us.”

So again, I have a similar either/or. Do you think ESG is flawed at the core or has it just as Bankman-Fried says become “perverted beyond recognition”?

BAHNSEN: Oh, I think it’s corrupt to the core. I think it was always intended as nothing more than a shadow for environmental extremism that everyone who adopted it engaged in. So for marketing reasons, I think it was grift.

And I don’t think it ever had a real fundamental virtue behind it. And then what it did—and I’ve written about this at National Review and other places—is that it allowed all kinds of other people who wanted to feel good about themselves—to feel like they were doing something good without having to make any sacrifice. That’s sort of the way of the world, that you can atone for sins without any sacrifice.

Things like ESG produced that tokenism. And what happened—in my opinion, and I’ve talked about this quite a bit—is it sort of coincided with a period where big tech firms were performing really well in the stock market and energy firms were not. It enabled people to feel like wow, I can get better returns and save the planet. Because apparently owning Facebook was gonna save the planet and owning Exxon was gonna ruin it.

Well, then what I bring up ESG in the context of this FTX crypto implosion is that this guy’s company was getting a score for governance, from these ESG scorecards that was higher than Exxon’s. Well, I don’t know what governance they were doing. But the guy who ran the Enron cleanup has been appointed the new Deputy CEO hoping to fix FTX’s mess. He said in all of his years of his being one of the most high-level corporate cleanup specialists in the world, he’s never seen worse lack of governance, lack of internal controls, virtually no accounting whatsoever. I mean, generally, corruption involves sophisticated accounting to cover up stealing; their problem here was they simply didn’t even have records. So this is a big mess. ESG has once again taken a big exposure, and you are right. Even this individual basically admitted, yeah, it’s always been kind of a way to sprinkle virtue on top of our day to day market activities.

EICHER: And with regard to the markets or any of the economic data, David, any reverberations from all this?

BAHNSEN: Yeah, I think it was a reasonably slow week for economic data. And I guess I’m a little surprised that there hasn’t been a bigger contagion effect from this FTX explosion. I mean, there is; across the crypto world now there is over $2 trillion of wealth destruction. You would think that would have started having a bigger impact into other things. But it sure feels to me like this is going to be a dot com moment where the people who took the risk get hammered, but the rest of the people are kind of left alone. And that’s what you kind of want to see.

EICHER: We have time for two listener questions, let’s jump right in.

GAFFIN: Good morning. This is Rich Gaffin in Washington DC. I'm wondering if David Bahnsen could comment on the utility of price earnings ratios for valuing stock indices. The markets are down this year. But even so, the price earnings ratio of the s&p 500, for example, is higher than the ratios historical average, particularly if you look at periods where interest rates are comparable to what they are today. So is it reasonable to think that the ratios will revert to the mean at some point, and if not, why not? Thank you.

BAHNSEN: Yeah, I have written about this subject immensely this year at Dividend Café, and I actually just wrote a lengthier piece about it a few weeks ago. I agree with the premise, but perhaps I might apply it differently.

I don’t think that the case needs to be made that the price earnings ratio—which is just a way of saying the valuation of the market—is at a level now that requires it to go lower. There are a few things that can happen that might keep that from happening. One is that interest rates drop, and so the P/E, adjusted to the interest rate, becomes a little more normalized. Another is that earnings rise. And so the P/E ratio then therefore drops because the denominator changed. There’s a few different factors that could change that. However, I certainly agree that it makes the case that the return expectations will be different. To believe they’re going to get the returns from the market in an index [during] the next decade the way they got it the last decade, when the price earnings ratio was expanding, the valuation of the market was expanding dramatically, I think is crazy. I believe that whether or not it reverts to, let’s say, a 16 times P/E ratio in the market, it’s not going to go back up to a 24 times or 23 times ratio. And so the valuation that he’s talking about right now that was really pricey, and now it’s a little pricey, and whether or not it gets cheap or not - that’s one thing that could happen, but what I don’t think it’s going to do is spend 10 years constantly going higher.

I think investors that are in in index right now that are dependent on that P/E ratio going higher, are going to be very disappointed. This is one of the reasons we advocate ay my firm for Dividend Growth Investing; we don’t think you can just buy the whole market and expect the P/E ratio to bring you to a higher return when the Fed is not bringing you down to a 0% interest rate. I essentially think that companies are going to have to be growing free cash flows for investors to make money.

EICHER: And, David, this is listener Morgan Buchek of Fairview, Texas.

BAHNSEN: Yeah, I will. Let me just first address the issue of banking at large.

I do generally prefer local banks. I think people benefit from a relationship with a regional or a local community bank, and my company and my family bank at a local Southern California bank that’s family owned by devout Christians. And we’re able to do a lot of banking transactions and be involved in a lot of business activities that require me to have a relationship with the people I’m banking with. And I don’t think you’re gonna get that at a Chase, or a Bank of America, or Wells Fargo in the same way.

As far as the issue of Chase in particular shutting down accounts, I have not heard that. So it would be better for me to be able to respond to specific allegations as opposed to a general concern. I certainly hope it’s not true. I’d be very surprised; they do not have that reputation. Jamie Dimon, the CEO of JP Morgan—which owns Chase Bank—has been reasonably good about resisting things like that, at least at a public level. So I’d have to hear more specifics to know. But no, I think that there’s an advantage to having a local relationship with a bank. And yet, I don’t think that there’s a huge concern at this time. I think big banks are going to continue to play into ESG and woke public marketing, but as far as behind-the-scenes being actually discriminatory? I honestly haven’t heard that yet. And yet, you know, the world’s moving quickly.

Thanks to Rich Gaffin and Morgan Buchek for your questions and thanks to David for your answers. We won’t talk before thanksgiving, David, so I’ll wish you a Happy Thanksgiving with your family and look forward to talking again next week.

BAHNSEN: Well, Happy Thanksgiving to you and all the listeners. Thanks so much.