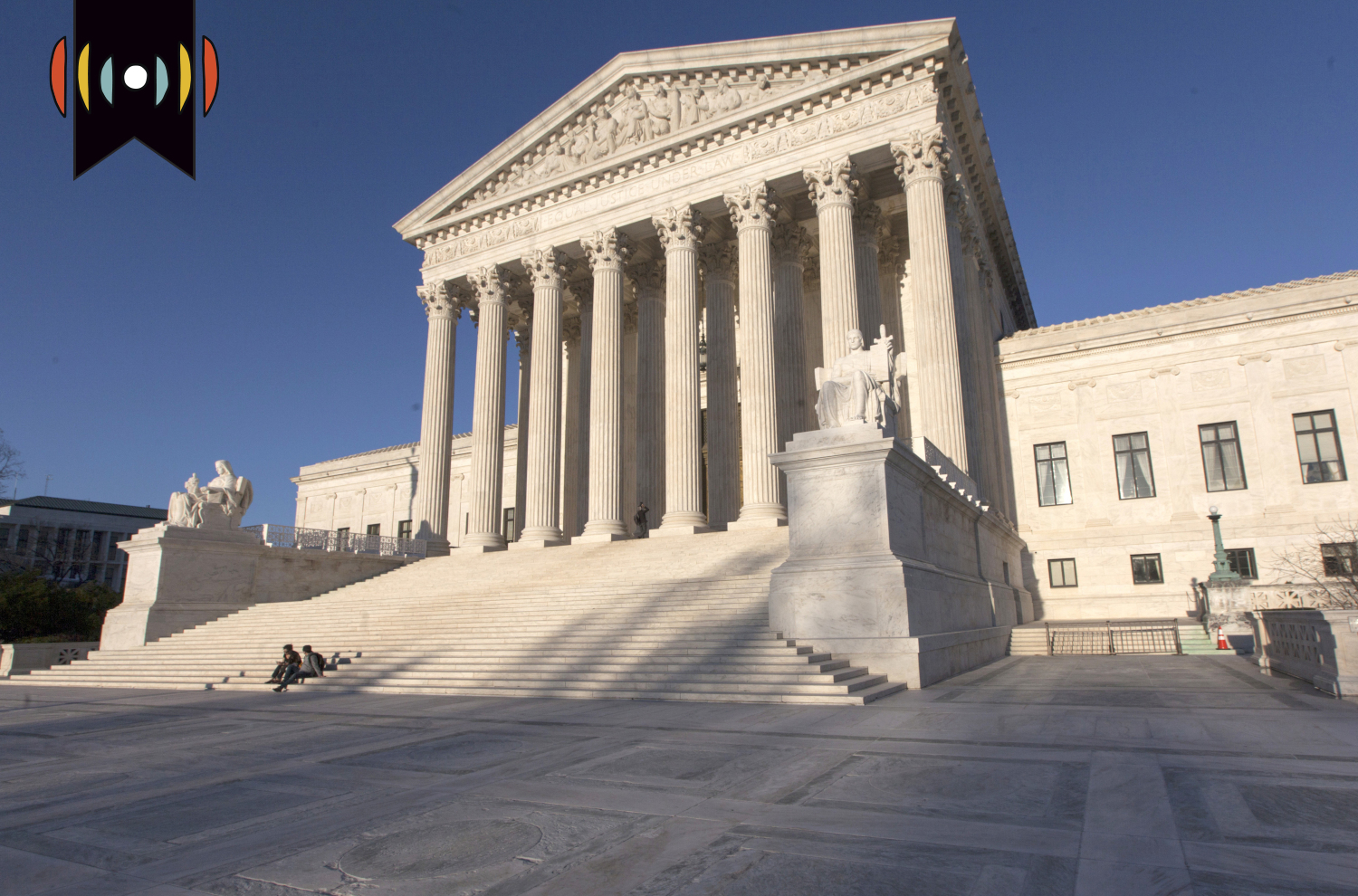 MARY REICHARD, HOST: It’s Monday morning and we’re so glad you’ve joined us for today’s edition of The World and Everything in It! Good morning! I’m Mary Reichard.

NICK EICHER, HOST: And I’m Nick Eicher. First, an update on a story we ran in June about Oberlin College in Ohio.

The school appealed a multi-million dollar judgment against it from 2019. That’s when a jury faulted the college for the way it handled race accusations against a local bakery.

Oberlin College appealed the judgment and lost. It then appealed to the state Supreme Court that last week declined to review the ruling.

REICHARD: The damages stem from the college defaming the Gibson Food Mart and Bakery, interfering with a food contract, and intentional infliction of emotional distress.

The case arose in 2016 when a black male student used a fake ID to try to buy alcohol at the food mart. The student also tried to steal a bottle of wine and when confronted, he ran.

Before the facts were in, accusations of racism took hold, student protests escalated, and Oberlin College joined in support of the students.

So it appears the years-long battle is finally over and Oberlin must pay more than $30 million to the Gibson family.

EICHER: Now for a dispute brewing in New York.

The state passed a law in July banning guns from many public places including Times Square. It also banned civilians from purchasing bullet-resistant vests and broadened its red-flag law. All of that and more in response to the Supreme Court in June, striking down the state’s discretionary gun permitting system as unconstitutional.

After that ruling came down but before the new state law passed, New York Governor Kathy Hochul said this in a press conference:

HOCHUL: It’s not what New Yorkers want. And we should have the right of determination of what we want to do in terms of our gun laws in our state.

But that right of determination apparently does not extend to New Yorkers expressing pro-second amendment opinions to their legislature by way of Twitter.

REICHARD: Will Silver found that out the hard way. I interviewed him last week.

SILVER: I live in New York. And in late June, early July, I tweeted at the New York Senate, they were considering some expedited legislation. So I wanted to have my voice heard. And maybe 30 seconds to two minutes after I tweeted at them, they blocked me. And I believe they hid my tweet, you know, from other Twitter users.

Silver wanted to voice his opposition to the proposed gun legislation. He’d read a lot of it and disagreed with what was in there.

SILVER: I tweeted just two words, “shall not,” which are an excerpt from the Bill of Rights from the Second Amendment. Again, just to oppose what I thought was not really prudent legislation to address Second Amendment issues. That's about it.

At first, he thought how petty it was that a government body couldn’t withstand criticism.

SILVER: But then, when I thought about it more, I became more concerned. Because the New York Senate, by blocking people and hiding tweets, it seems they're using Twitter as more of a PR tool than what it is, which is a venue for conversation between politicians and governments and their citizens. So that concerned me even more than just me being blocked individually.

Silver got in touch with The Foundation for Individual Rights and Expression, FIRE. One of its lawyers is Adam Steinbaugh. He explains the legal problem here.

STEINBAUGH: Twitter is new in the broad scheme of things, but the law is not. The first amendment limits how state actors like the New York Senate, obviously an arm of the government. It limits how they can limit the speech of people online. So if the government goes and creates an online space where people can exchange views or speak to the government, you know, for example, the thread of tweets underneath each tweet, they can't limit access to that space on the basis that the government disagrees with what you are saying in that space. And that is exactly what happened here. Our government has a tough time getting people to care about what is happening in our democratic systems. And it is not helpful for government to respond to someone who is trying to be engaged in the democratic process by telling them don't bother. And that's the message that the New York Senate sends here.

I emailed the New York Senate for its side of the story. No response.

Will Silver had only tweeted two words and got blocked. But I wondered, what if someone is completely obnoxious online? Does that change things?

STEINBAUGH: The First Amendment tolerates obnoxious speech. You know, if the people running the account itself don't want to listen to someone that they think is obnoxious, they don't have to listen to them. They can mute them and never hear a word from them again. But what the Senate is doing here is preventing people like Will from being engaged in the process itself, they're not allowed to participate in the process. And that is the violation of the First Amendment here.

Turns out, there’s court precedent to back up Silver.

STEINBAUGH: You might recall that President Trump, when he was elected and became president, he used his real Donald Trump Twitter account to block a lot of his critics. And he was sued, he fought it. And the case went up through the Second Circuit, which had held that this violates the First Amendment. When you create a space, when you create a forum like this, government can't discriminate based on viewpoint. So if they're blocking you because you're a critic, that violates the First Amendment.

So FIRE sent a letter to the New York Senate asking for a few things.

STEINBAUGH: We want them to unblock everyone that they have blocked unhide any content that they've hidden on their social media channels, whether it's Facebook or Twitter, and commit to a process, or a policy by which they will not repeat this in the future. You know, even if they unblock a couple of people here and there, or unhide a tweet here and there, they can just you know, what if what if Will tweets the rest of the Second Amendment at them? There's no guarantee that they are not going to just block him again, or block anyone else. And we want them to commit to ceasing that conduct.

Silver isn’t the only one this has happened to. FIRE’s letter says New Yorkers regularly complain that the Senate blocks their accounts after they criticize legislation, lawmakers, or the Senate. People have been blocked for criticizing rising crime or Covid restrictions. The session about gun control led to at least 79 tweets being hidden that were critical of the state’s pending gun legislation.

Steinbaugh said that’s not all.

STEINBAUGH: We issued a public records request to the Senate asking them for copies of policies about how they use their account, and there is no policy.

As of Saturday, the New York State Senate had yet to respond to Silver or his lawyer.

Meanwhile, Will Silver’s eyes have been opened.

EICHER: Hey, before we go, let’s talk about Season Three of the Legal Docket Podcast. Talk about how that’s going mid-season from your perspective.

REICHARD: Going great! Really happy with what we’ve been able to do so far. Just sitting back here for a moment and taking stock: Jenny and I—Jenny Rough—we’ve covered recent Supreme Court cases from death row, prayers at the fifty-yard line, arbitration disputes, and the gun rights opinion we talked about today.

EICHER: And they’ve been so interesting. Now, you can’t say this, but I can: this is in my opinion the best season yet. They’ve all been great, but you two just keep improving the series … and season three is best in my opinion. What sets it apart from other podcasts about the Supreme Court is that you talk to the parties involved in the disputes, get expert analysis, and consider history and context. A produced podcast, not just talking heads, I will just say if you’ve not heard the Legal Docket podcast, you really need to check it out.

REICHARD: I’ve learned so much just doing it, and from the podcast reviews, so have our listeners.

He’s had a front row seat to big court disputes for decades and has lots to reveal.

Jenny and I got to interview him at his home studio, his art studio. So we take you there next.

EICHER: But only if you take the time to listen to The Legal Docket Podcast and you can get it wherever you get your podcasts.