In this June 14, 1992, file photo, Michael Jordan celebrates the Bulls win over the Portland Trail Blazers in the NBA Finals in Chicago. John Swart/Associated Press Photo 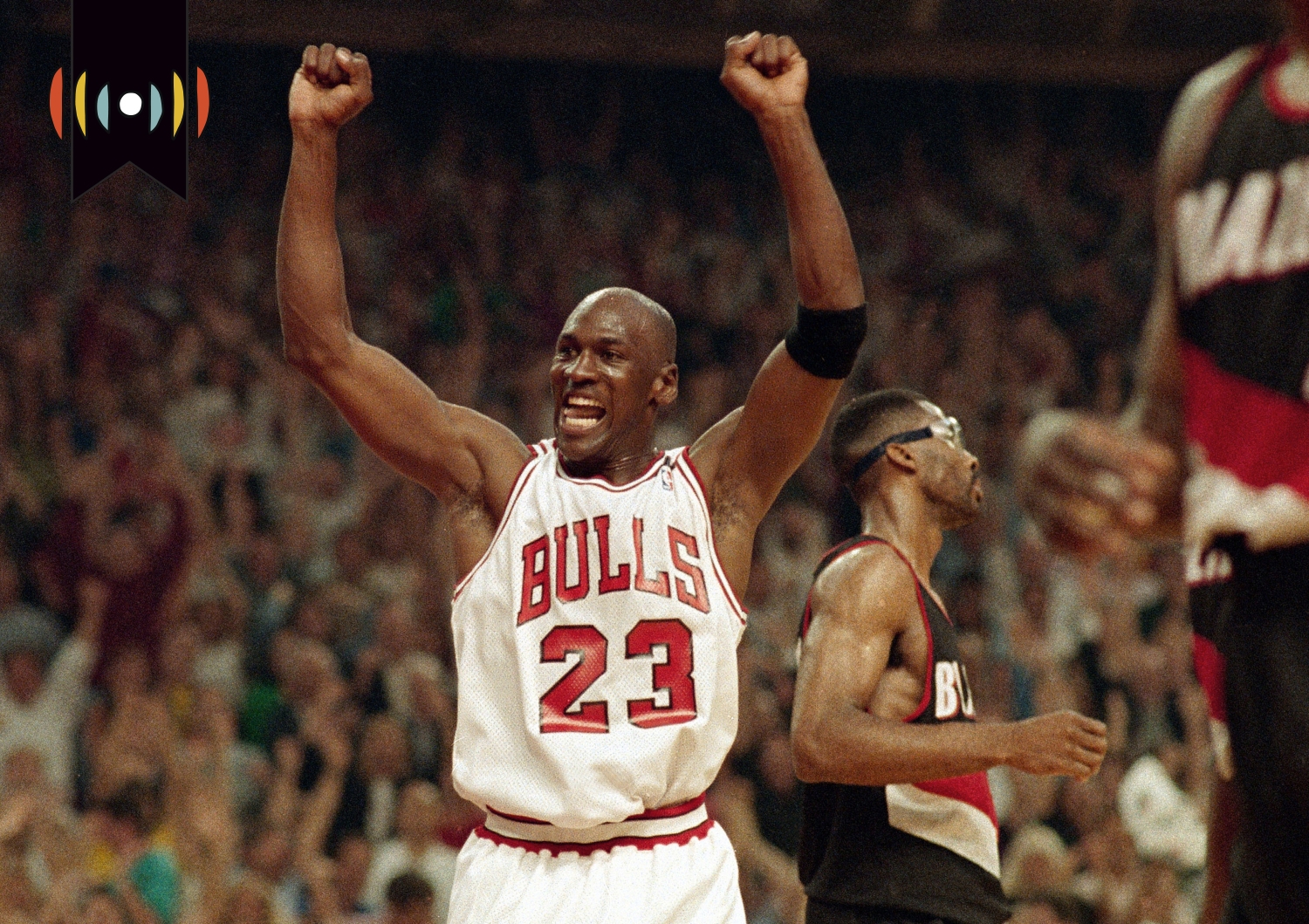 But so too are the people who sell to them, they’ll collect cash and lots of it.

Especially from those who crave rare athletic shoes.

One pair brought a record-breaking price recently—appropriately enough—they were shoes that belonged to a guy who, well, broke lots of NBA records.

It was a pair of autographed red and white Nike Air Ships, 37 years old, game worn by Michael Jordan back when he was rookie with the Chicago Bulls.

That broke the record for the most valuable game-worn shoes from any athlete.

The previous record: just over $600,000 for a pair of sneaks also worn by none other than Michael Jordan.