Kicker - Raffling off a Picasso 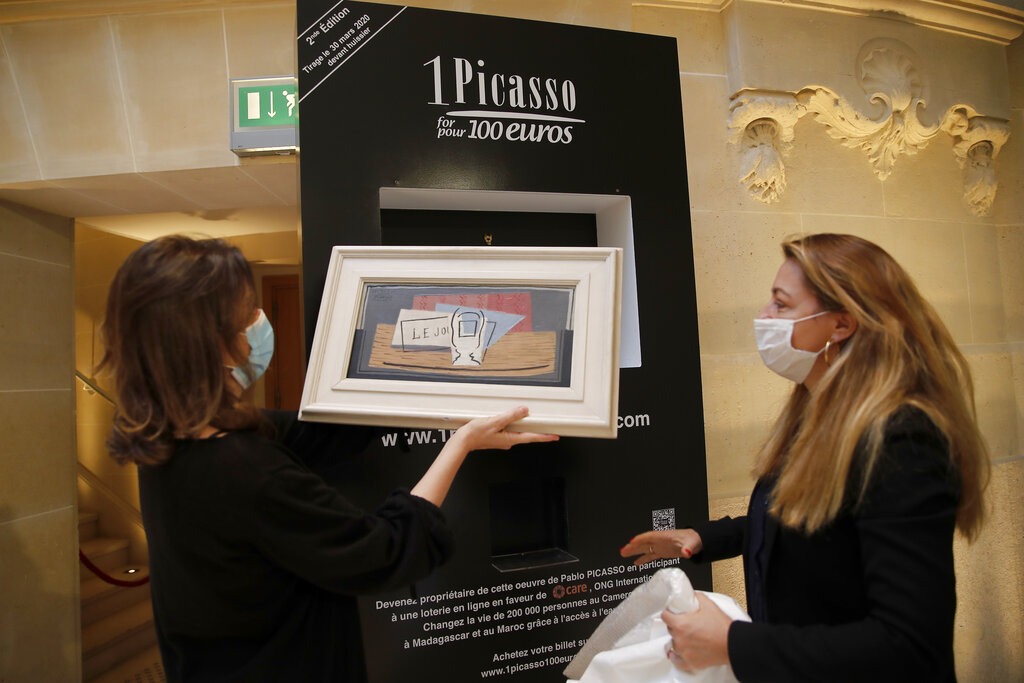 NICK EICHER, HOST: Most art lovers will never set eyes on a Picasso painting without standing behind a velvet rope.

But Christie’s Paris auction house is giving the average Joe a chance to hang an original Picasso in his living room.

Rather than actioning the artwork to wealthy art aficionados, Christie’s has been selling raffle tickets at a little more than $100 a piece.

The painting is a 1921 oil on canvas work called Nature Morte. It’s valued at more than a million dollars.

One art lover acknowledged the long statistical odds of winning, she’s excited for the opportunity.

AUDIO: Everywhere where you go in the world, you go to the Far East to the West Coast, anywhere you go, everyone knows who is Picasso. Even if you don’t know the work of Picasso and the details, you know who is Picasso. You’ve heard about Picasso.

Raffle organizers said they’ve raised about $5.5 million. That money will go to charity: to provide access to clean water to communities in Africa.

Christie’s will draw a winner today.