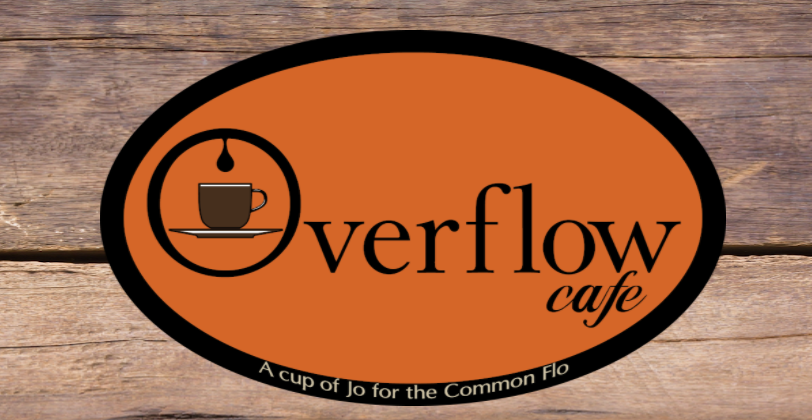 NICK EICHER, HOST: Today is Tuesday, September 8th. You’re listening to WORLD Radio and we are so glad you are! Good morning. I’m Nick Eicher.

MARY REICHARD, HOST: And I’m Mary Reichard. Coming next on The World and Everything in It: the Hope Award for Effective Compassion, part three.

Anna Johansen takes us to a cafe in Cambridge, Maryland. It’s a non-profit that seeks to bridge the gap between two very different sides of town.

AUDIO: [Sound of outside]

The Overflow Cafe is stationed at an odd intersection. If you walk north a block, you’re in the upscale business district. If you walk a block south, you’re in a pretty rough neighborhood.

The cafe has floor-to-ceiling glass windows and enormous potted plants and palm trees inside. The tables are painted with a swirling blend of bright colors. The food is inexpensive…Two fifty or three dollars for a sandwich; 75 cents for a cup of coffee.

Dudley Parr and his wife, Anna, took charge of the Overflow Cafe in 2014.

PARR: You can get almost any drugs you want within, within 100 yards of here.

Parr has a long gray ponytail and pale blue eyes. We talk over the humming drone of an industrial refrigerator.

The cafe draws people from both sides of town. And Parr says the location is deliberate. He wants those different groups to mix. In fact, that’s why the Overflow Cafe exists. It’s a place where all kinds of people are welcome. People like Eddie. He’s a bit of a character.

EDDIE: “In case you see buzzard circling, you’ll pop in and make sure it’s not me.”

Eddie has long, white hair down to his elbows and wears a battered captain’s hat. He’s lived rough for a while, spent a number of years homeless, and just recently moved into the building next door. He’s been coming to the Overflow Cafe almost since the day it opened.

EDDIE: On my way back from town over to wherever I was staying, when it was open, I’d come by, coffee was cheap, people were great, lot of good connections.

He helps out around the cafe, fixing computers and appliances in exchange for free coffee. That happens a lot at the Overflow. Most of the staff behind the counter are volunteers, people from the community who need a simple job. Some of them just want to keep busy so they stay out of trouble. Others need job experience.

The Parrs train them to work in the cafe, and they introduce basic workplace etiquette. If a volunteer keeps showing up late, they get removed from the team. The Parrs aren’t as strict as a real employer, but they start building that expectation: You need to show up to work on time. And you need to work in exchange for food.

PARR: So you saw Tommy come in, I think a couple times today. He’s got glasses, short guy, beard. So, Tommy, when he’s got money, he’s buying drugs. So he comes to us because we’ll give him a cup of coffee. We’ll give him water. Well, now he’s kind of gotten into this thing. Like he’s coming by regularly looking for a handout. Now we’re getting to where we’re enabling him.

The Parrs want to be generous and loving, but they don’t want to enable people to stay in the same broken lifestyle.

PARR: So yeah, Tommy, I can’t keep giving you this stuff. Yeah, I got dishes to do. I got things to sweep up.

They turn it into an exchange instead of a handout.

She came by the cafe and met Dudley Parr a few years ago.

MONICA: And I probably was having a problem or something that day and he could tell him my face, I guess. And he was like, you know, do you need to talk? And I was like, sure. And he helped me out.

That relational aspect of the cafe is a huge part of its mission. Parr says working alongside people gives you a chance to get to know them and talk about deeper spiritual issues.

PARR: You know, with men, you can talk about the gospel when you’re swinging hammers better than you can sit down over a cup of coffee.

The Overflow Cafe doesn’t have any official programs. There are a number of AA meetings that gather here weekly, but the cafe doesn’t have any classes or an application process or a year-long program to get a person a job and a house. Instead, it’s all about conversational evangelism.

PARR: As we get to know folks, and they start sharing things about their lives, and then well, have you ever well, where did you go to church? Did you grow up in you know? Yeah, just finding out those kinds of things. The evangelism, discipleship is very much individualized because of who they are and where they are.

It’s messy. There’s a lot of trauma. A lot of addiction. But Dudley and Anna Parr walk through it with each person. Sometimes they get the joy of seeing someone profess faith in Christ. Parr has done baptisms, weddings, and funerals.

PARR: We’ve done three funerals—two for two other guys who we baptized. But to be able to do to be able to give the eulogy and to be able to say, I know I will see him again to feel confident where they were in their faith, to be able to hear from other people the change that was made, you know, that became obvious in their life. Yeah, those are some of the successes.

The Overflow Cafe isn’t a massive, structured organization. In one sense, it’s just ordinary people living on a mission, ministering to their broken neighbors.

PARR: Part of the vision is to actually see this become the norm. Not, not just having a cafe but to have people in the churches in Cambridge engaged outwardly in ways that make a difference, that take the kingdom to people.