US President Joe Biden, left, poses for a photo with Britain's Prime Minister Boris Johnson, during their meeting ahead of the G7 summit in Cornwall, Britain, Thursday June 10, 2021 Toby Melville/Pool Photo via Associated Press 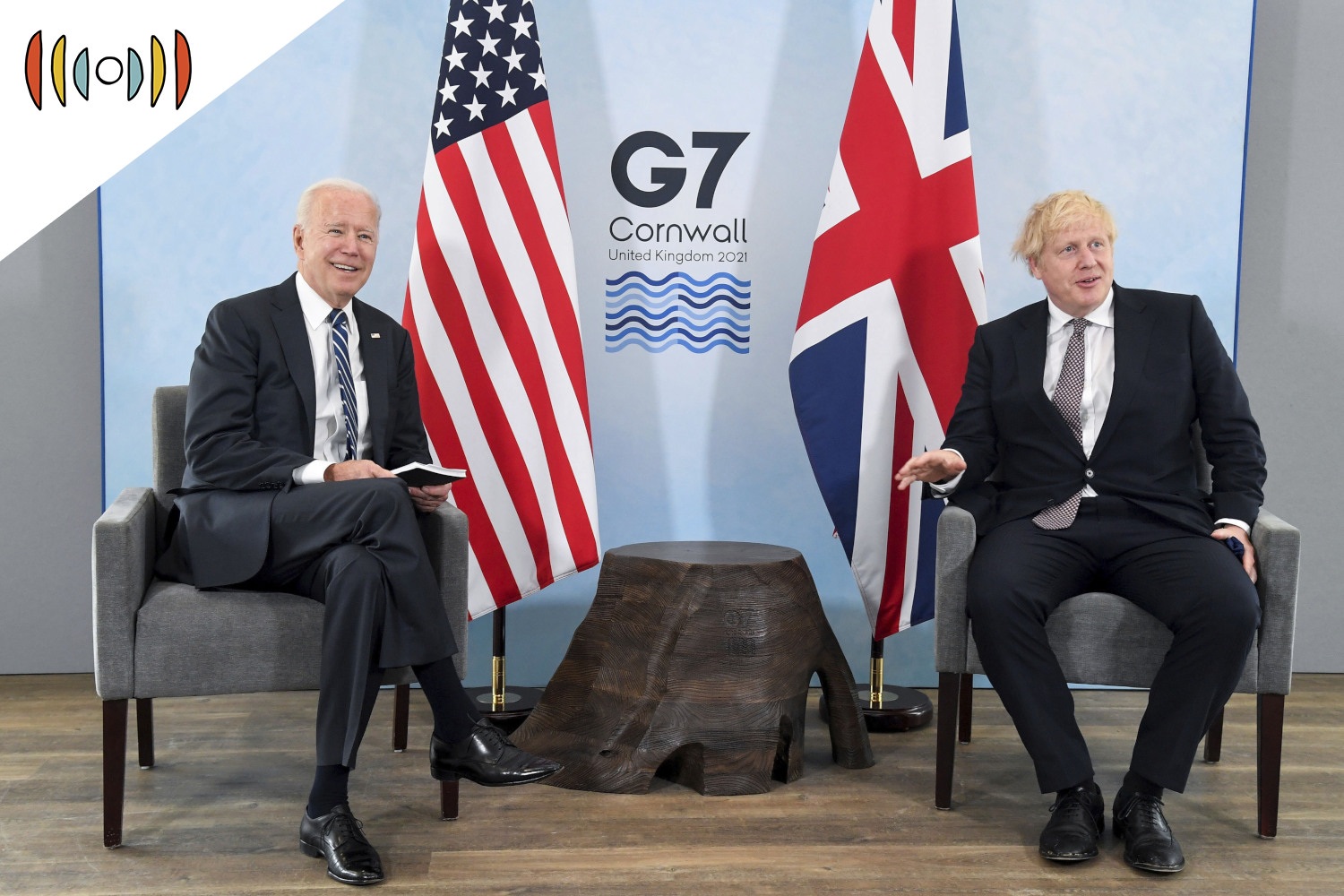 President Joe Biden arrived at the site of the G7 meeting in Cornwall, England, on Thursday. He got a warm welcome from his host, British Prime Minister Boris Johnson.

The two leaders highlighted their commitment to strengthening ties between the United States and Great Britain. And in a symbolic nod to that unity, they signed an updated version of the Atlantic Charter.

British Prime Minister Winston Churchill and President Franklin D. Roosevelt signed the first charter in 1941. It set out common goals following World War II, including freer trade, disarmament, and the right of all people to self-determination.

BIDEN: Today, we build on that commitment, with a revitalized Atlantic Charter updated to reaffirm that promise while speaking directly to the key challenges of this century: cyber security, emerging technology, global health, and climate change.

The new charter promises to promote free trade, human rights, and a rules-based international order. In a veiled reference to Russia and China, it also aims to counter “those who seek to undermine our alliances and institutions.”

SARAH SCHWEINSBERG, REPORTER: Consumer prices surged again in May, rising 0.6 percent over the previous month. That brings overall inflation during the past year to 5 percent, the biggest spike since 2008.

Rising prices are partly due to demand. More people are shopping, traveling, and eating out as pandemic restrictions end.

But a shortage of supplies is also driving up prices, everything from lumber and steel to chemicals and semiconductors. Airline fares and hotel prices also jumped ahead of the summer travel season. Some analysts blame loose policy from the Federal Reserve for the price hikes.

Among the most expensive items to purchase right now? Cars and trucks. Prices for used vehicles rose more than 7 percent in May, on top of a 10 percent increase in April. The price of new cars rose 1.6 percent—the largest one-month increase since 2009.

JBS confirms ransomware attack payment » FBI Director Christopher Wray is warning U.S.-companies not to pay hackers who take over their computer systems and demand a ransom.

Wray addressed the issue during a House Judiciary Committee oversight hearing on Thursday.

WRAY: It is our guidance from the FBI that companies should not pay the ransom, for a number of reasons. One … that it encourages more of this kind of activity. But then there’s a second, more practical issue, which is sometimes the encryption, or the locking up of the system that the hackers engage in may not be undone. You could pay the ransom and not get your system back. And that’s not unknown to happen.

On Wednesday, the world’s largest meat processing company confirmed it paid hackers $11 million following a ransomware attack. Brazil-based JBS said it decided to pay up to avoid any further disruption to its systems.

Jeffrey Lichtman is her attorney.

As head of the Sinaloa cartel, Guzman smuggled drugs into the United States for 25 years. He was sentenced in 2019 to life in prison.

Coronel Aispuro was arrested in February. She will be sentenced in September.

PAUL BUTLER, REPORTER: Senate Republicans approved the bill without any support from Democrats. It would require abortionists to provide written confirmation that sex, race, or a Down syndrome diagnosis did not influence a mother’s decision to end her pregnancy.

Gov. Roy Cooper, a Democrat, has not said whether he will sign the bill into law. But he has vetoed other pro-life measures in the past.

Planned Parenthood and the American Civil Liberties Union of North Carolina have urged Cooper to kill the measure.

I'm Kristen Flavin, and for more news, features, and analysis, visit us at wng.org.