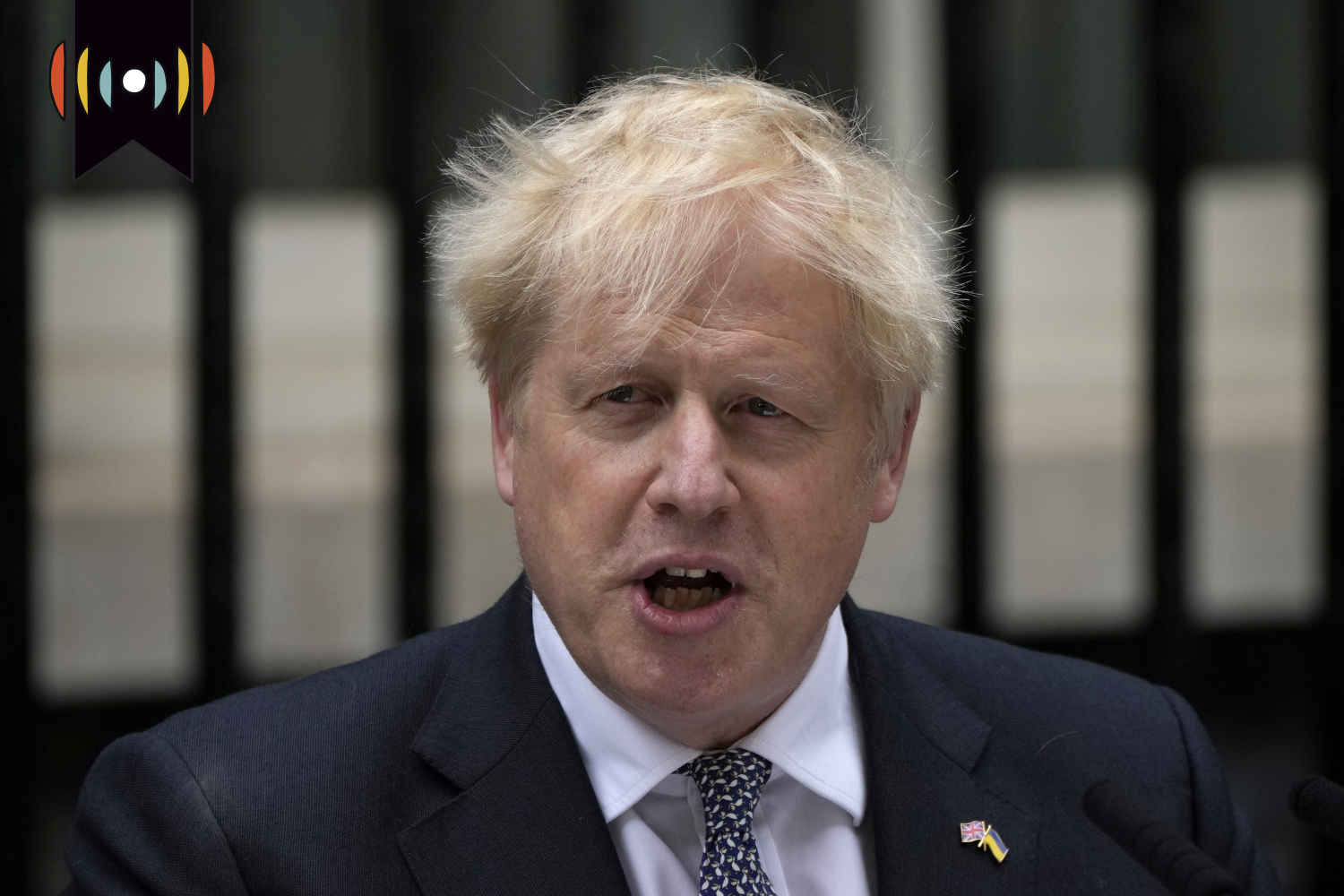 Johnson said Thursday he would remain in office while the Conservative Party chooses his successor, even though critics said he should leave sooner.

JOHNSON: And the timetable will be announced next week. And I have today appointed a cabinet to serve as I will until a new leader is in place.

Johnson agreed to step down due to scandal. A recent report showed that he knew about one of his colleague’s alleged sexual misconduct and promoted him anyway.

During his three-year tenure, Johnson oversaw the end stage of Brexit and the U.K. response to both the pandemic and the war in Ukraine.

Russian police detained her outside of an airport in February for allegedly having cannabis oil in her bag, which she said she packed by mistake.

The U.S. says it is trying to get Griner released. Here’s John Kirby with the national security council:

KIRBY: We continue to work this very very aggressively. It’s very much top of mind for the president and frankly the whole national security team.

Over 99 percent of people charged with a crime in Russia are found guilty and an expert said it is almost always best to plead guilty to try to get a lesser sentence.

Analysts have confirmed the statement, saying Wednesday was the first time in 133 days that Russia did not take more Ukrainian territory.

Ukrainian President Volodymyr Zelenskyy said in his nightly address, “We will not give up our land—the entire sovereign territory of Ukraine will be Ukrainian.”

Russia is still shelling villages and Putin said his country has barely started its action against Ukraine.

Jobless claims rise » The stacks of jobless claims at employment departments across the country grew by 235,000 last week. That, according to a Department of Labor report Thursday. WORLD’s Josh Schumacher reports.

JOSH SCHUMACHER, REPORTER: This report marks 5 weeks in a row that new unemployment benefits applications have topped 230,000. The continuing number of unemployed individuals is at around 1.3 million.

Job openings for the month of May dropped slightly to 11.3 million.

Some companies—such as Tesla, Netflix, and Carvana—have announced thousands of looming job cuts as well.

BIDEN: Today, she adds to her medal count of 32 — how are you going to find room?! Thirty-two Olympic and world championship medals …

The 25-year-old is an advocate for foster children, sexual assault victims, and athletes’ mental health.

Other recipients included Steve Jobs and Denzel Washington, along with educators, activists, and union leaders.

The two sentences will be served at once, but the latest conviction pushes back when Chavin can apply for parole—effectively making his sentence longer.

Despite that, he pleaded guilty to the new federal charges in exchange for moving to a federal prison.

In a Minnesota state prison, Chauvin has been in isolation for 23 hours a day for his safety. He hopes to avoid that in federal lockup.

The actor, known for Hollywood tough guy portrayals, rose to prominence with roles like Sonny Corleone in The Godfather.

In a 1999 interview, Caan explained that, given his Godfather fame, many were surprised to learn that he was actually the son of Jewish immigrants from Germany.

CAAN: I’m not Italian, although I’ve won the Italian of the Year twice over here in New York. I keep saying, you don’t get it, I can’t accept this award.

Younger audiences may remember him best as the workaholic father in the Christmas comedy Elf.

The family did not announce a cause of death. Caan was 82 years old.