Attack on the airport in Kabul, Capitol Police officers sue Trump, California wildfires spread, and a tropical storm heads into the Gulf of Mexico

President Joe Biden speaks about the bombings at the Kabul airport that killed at least 12 U.S. service members, from the East Room of the White House, Thursday, Aug. 26, 2021, in Washington Evan Vucci/Associated Press Photo 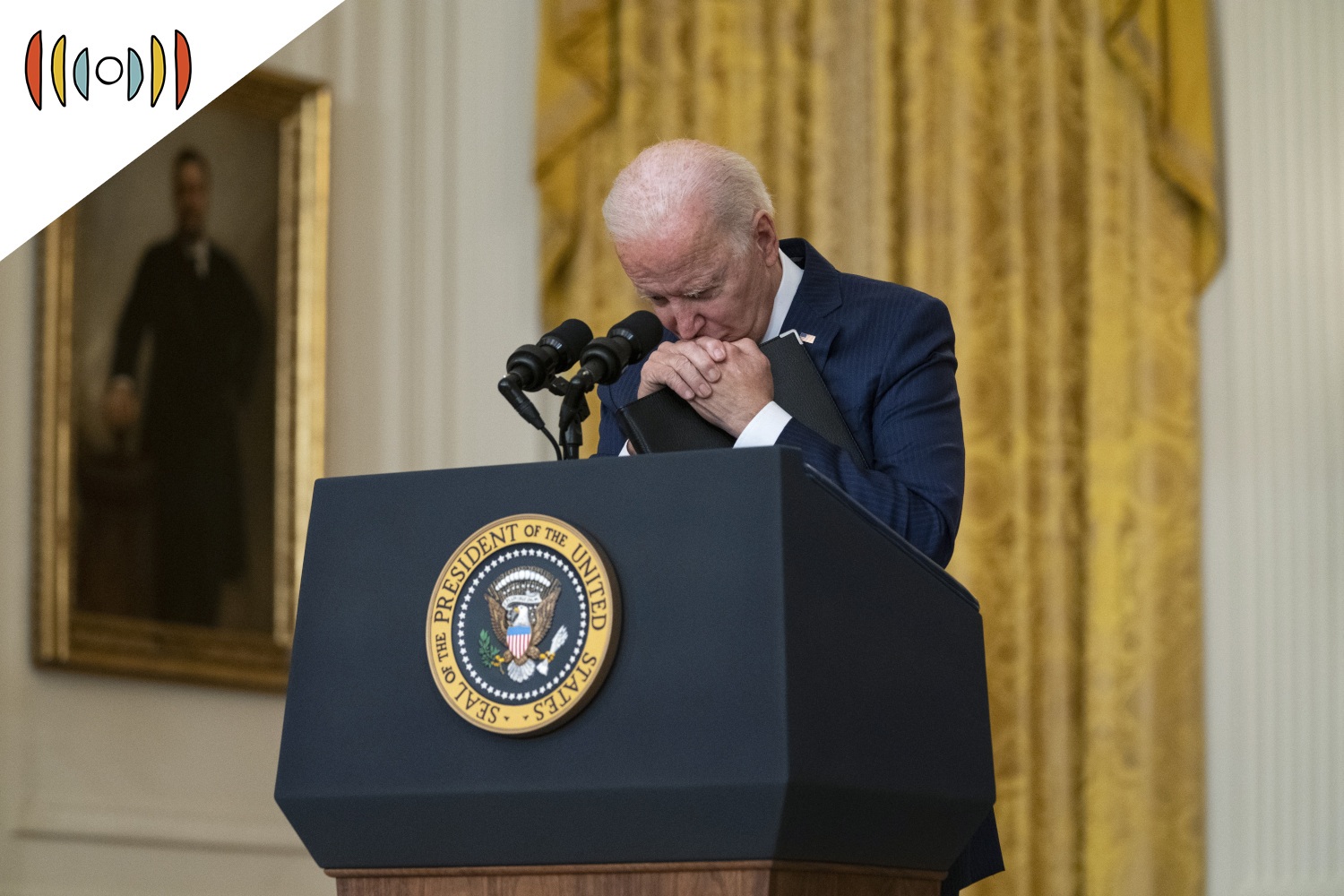 Two suicide bombers detonated their devices in rapid succession. One outside an airport gate where people had lined up, trying to get in. The other attacker blew up near the Baron Hotel, a staging ground for Afghans and Westerners leaving the country.

MCKENZIE: While we’re saddened by the loss of life, both U.S. and Afghan, we’re continuing to execute the mission. Our mission is to evacuate U.S. citizens, third country nationals, special immigrant visa holders, U.S. Embassy staff, and Afghans at risk.

The Afghan offshoot of the Islamic State terror group claimed responsibility for the attack on social media. Western officials had warned of a major attack just hours before the bombing.

And McKenzie says he expects more to come.

MCKENZIE: And we’re doing everything we can to prepare for those attacks. That includes reaching out to the Taliban who are providing the security for the outer cordon around the airfield, to make sure they know what we expect them to do to protect us. And we will continue to coordinate with them as they go forward.

But as word of a possible attack spread late Wednesday, a Taliban spokesman denied claims of imminent danger.

In an address to the nation Thursday afternoon, President Biden vowed to continue the mission. And he vowed to find those responsible for killing U.S. service members.

The U.S. State Department estimates about 1,000 Americans are still waiting to leave Afghanistan. Thousands of Afghans are also still trying to flee the country.

Earlier this week, Taliban officials said they would not accept any extensions to the Aug. 31st deadline for a full U.S. troop withdrawal.

It alleges the former president violated the Ku Klux Klan Act and committed acts of domestic terrorism in an attempt to stay in power. The Lawyers’ Committee for Civil Rights Under Law filed the suit in federal court in Washington.

The former president has not yet responded to Thursday’s lawsuit.

Storm headed for the gulf coast » Forecasters are keeping an eye on Tropical Storm Ida. It formed Thursday in the Caribbean and could become a major hurricane before hitting the northern U.S. Gulf Coast late Sunday or early Monday.

Dennis Feltgen is with the National Hurricane Center.

FELTGEN: Once it gets into the southeastern Gulf of Mexico, the combination of very low vertical wind shear and a very moist environment is going to allow for some good strengthening.

Forecasters predict the storm will make landfall somewhere in Louisiana. It passed over the Cayman Islands last night and is expected to roll over western Cuba today.

And in the Atlantic, Tropical Storm Nora could bring heavy wind and rain to western Mexico over the weekend. The storm will skirt the coast before making landfall on Mexico’s Baja Peninsula early next week.

Meanwhile, in California, wildfires continue to threaten communities on both ends of the state.

In Northern California, the Caldor Fire is getting dangerously close to Lake Tahoe. A sickly yellow haze blanketed the popular vacation spot on Thursday.

The Caldor Fire has consumed 500 homes since it started on August 14th. But the Dixie Fire remains the state’s largest. It has burned more than 1,100 square miles and 1,300 buildings. Seven hundred of those are homes. And in the southern Sierra Nevadas, 10 communities near Lake Isabella are under evacuation orders as the French Fire grows.

In Southern California, a new fire erupted earlier this week in the foothills northeast of Los Angeles. Fire crews quickly subdued it. But officials warn hotter weather over the weekend will once again boost the risk of new blazes.

In an unsigned opinion issued late Thursday, a majority of the justices ruled the Centers for Disease Control and Prevention did not have the authority to enact the ban. The opinion said such a move required explicit congressional authorization.

The Trump administration issued the first eviction moratorium in the early months of the pandemic. Landlords say it lasted longer than was necessary, especially as the economy began to recover. But as many as three and a half million people recently told the Census Bureau they face eviction within the next two months.