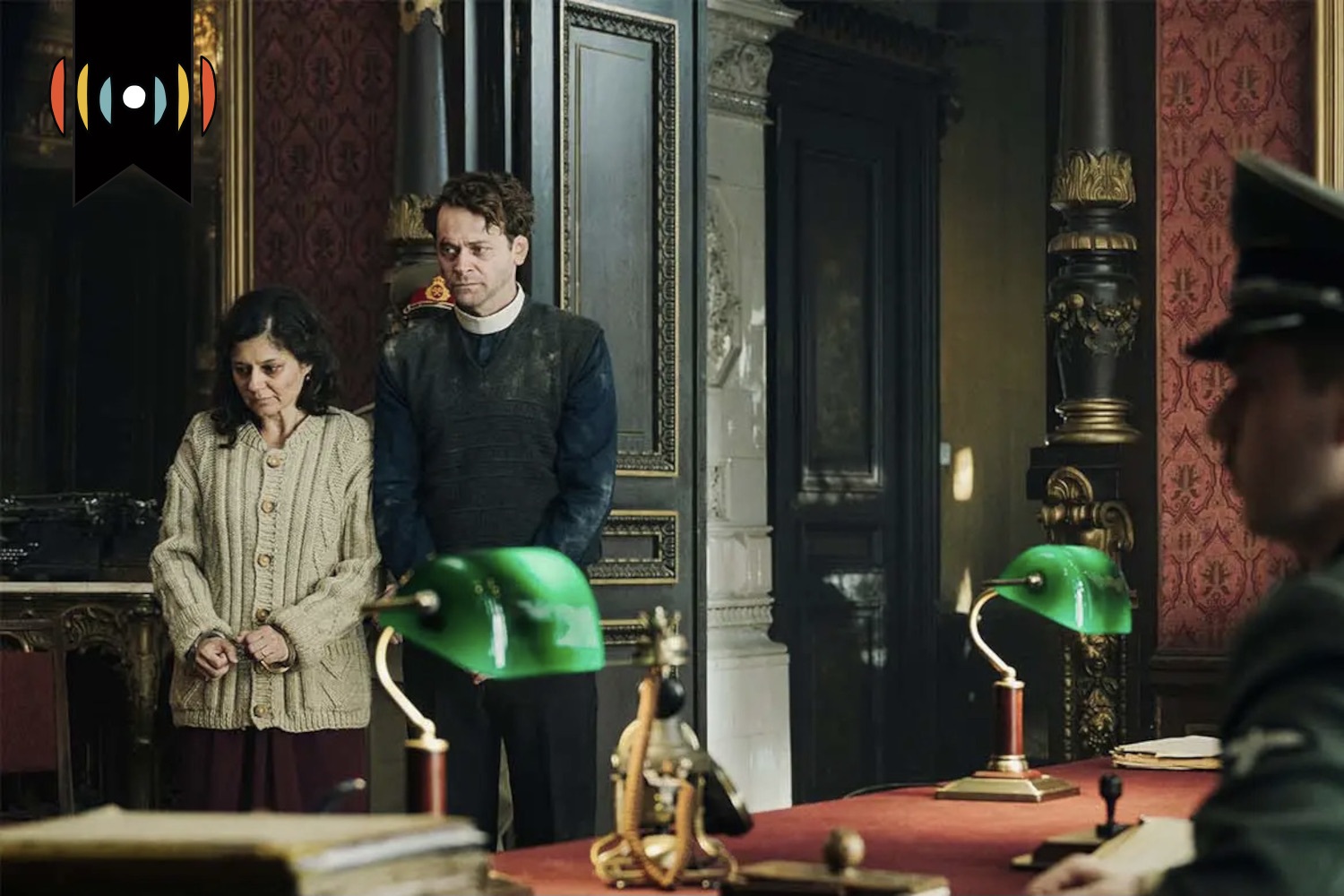 NICK EICHER, HOST: Today is Friday, November 5th. Thank you for turning to WORLD Radio to help start your day.

MYRNA BROWN, HOST: And I’m Myrna Brown. Coming next on The World and Everything in It: faith on screen.

A new film tells the powerful story of Sabina and Richard Wurmbrand—it’s titled Sabina: Tortured for Christ, the Nazi Years. Perhaps you don’t recognize the names, but you’ve almost certainly heard of the organization they founded: Voice of the Martyrs.

EICHER: The film is based on Sabina Wurmbrand’s classic book, The Pastor’s Wife. But reviewer Emily Whitten says the film project doesn’t quite live up to the promise of the book.

EMILY WHITTEN, REPORTER: Sabina Wurmbrand’s autobiography, The Pastor’s Wife, happens to be one of my favorite books … of all time. So, when I heard her story would be the focus of a new film, I was eager to check it out. Here’s a short clip of the trailer in which Sabina meets her future husband, Richard.

CLIP: I want the same things every girl wants. And then a little bit more. I want you to meet someone. Who? He’s every bit as ambitious as you. Who’s this? She is my niece, Sabina Oster.

The film will be in theaters for three nights: Nov 8th, 9th, and 10th. And it definitely has its merits. For one thing, the heroes of the film are just that—true heroes. Richard and Sabina Wurmbrand suffered imprisonment for their faith while in Communist Romania after World War II. They eventually emigrated to the West, and they founded what’s known today as Voice of the Martyrs—an organization serving persecuted Christians around the world.

Sabina serves as a prequel to the 2018 Voice of the Martyrs film, Tortured for Christ. That earlier film is told through the eyes of Richard Wurmbrand, and it portrays the couple’s witness for Christ under Soviet rule.

CLIP: We loved the Russians so much that we risked everything to bring them the gospel.

In Sabina, though, we go back to a time before World War II. We see how the Wurmbrands met and married, and afterwards, how they became Christians, even as Nazis took over their country. This time, Sabina Wurmbrand tells their story to German soldiers hiding on their property from the Soviets.

CLIP: My name is Sabina Wurmbrand. And I am a pastor’s wife. That is the last thing I ever thought I would be.

Both Sabina and Richard are played by Romanian actors. That gives their accents and the movie more credibility than many other Christian movies. The film also uses authentic quotes and paraphrases from Sabina’s book, reflecting her poetic but direct way of speaking. Here’s one such narration after the Wurmbrand’s wedding.

CLIP: In those days we cared very little about God. Not very much about other people. We didn’t want children. We wanted pleasure.

Before their first year of marriage runs out, though, Richard contracts tuberculosis. He goes to a sanatorium for a year to recover and there he finds Christ. It takes Sabina a little longer to overcome past prejudice she felt as a young Jewish girl living in Romania.

CLIP: Dirty little Jewess...If that is Christianity, we should want nothing to do with it.

Once both Wurmbrands see the light, God begins to use them in remarkable ways. They form a close-knit church with their once isolated, racist neighbors. They work with other Christians to save Jews threatened by the Nazis. Sabina’s ability to forgive the Nazis as Christ forgave her is put to the test by the film’s climax.

Unfortunately, the storytelling and cinematography leave a lot to be desired. Characters often seem isolated and one dimensional, and the plot feels forced. Worst of all, many important scenes disrupt the flow of the film. For instance, just before Sabina’s conversion, the camera flits from one closeup of a characters’ eyes to another. I assume the director hoped to show Sabina’s confusion, but the approach left me confused and emotionally unengaged. Those misfires, along with an uneven musical score and soundtrack, undermine the film’s many positives.

Sabina: Tortured for Christ, the Nazi Years is rated PG-13, partially because of violence by soldiers. We also see disturbing but powerful black and white images of the Holocaust that do add context. Beyond that, prior to their conversion, we watch the Wurmbrands drink, smoke, and dance fairly provocatively.

At one point later on, a non-Christian married couple tries to pick up other partners at a bar. Because of these mature themes, parents might want to let younger kids sit this one out.

My bottom line for adults: skip the theater presentation of Sabina. Instead, listen to the audiobook version of The Pastor’s Wife. It contains profound theological truths, anti-Communist insight, and human drama, all conveyed in well-crafted prose. Here’s a short clip of the audio version read by Sadie Alexandru.

AUDIOBOOK: Few guessed that a new and more lasting tyranny had begun. Certainly I did not know we had just set out on a road which led to prison and would be marked by the graves of friends.

Some men might prefer Richard’s classic book, Tortured for Christ. Whichever book you read, when Sabina finally hits streaming platforms, I hope you’ll watch both Tortured for Christ films at home, judging for yourself what’s great and not so great about each of them.