Culture Friday - What if Roe remains?

Plus: A new Canadian law censoring preaching about Biblical sexuality 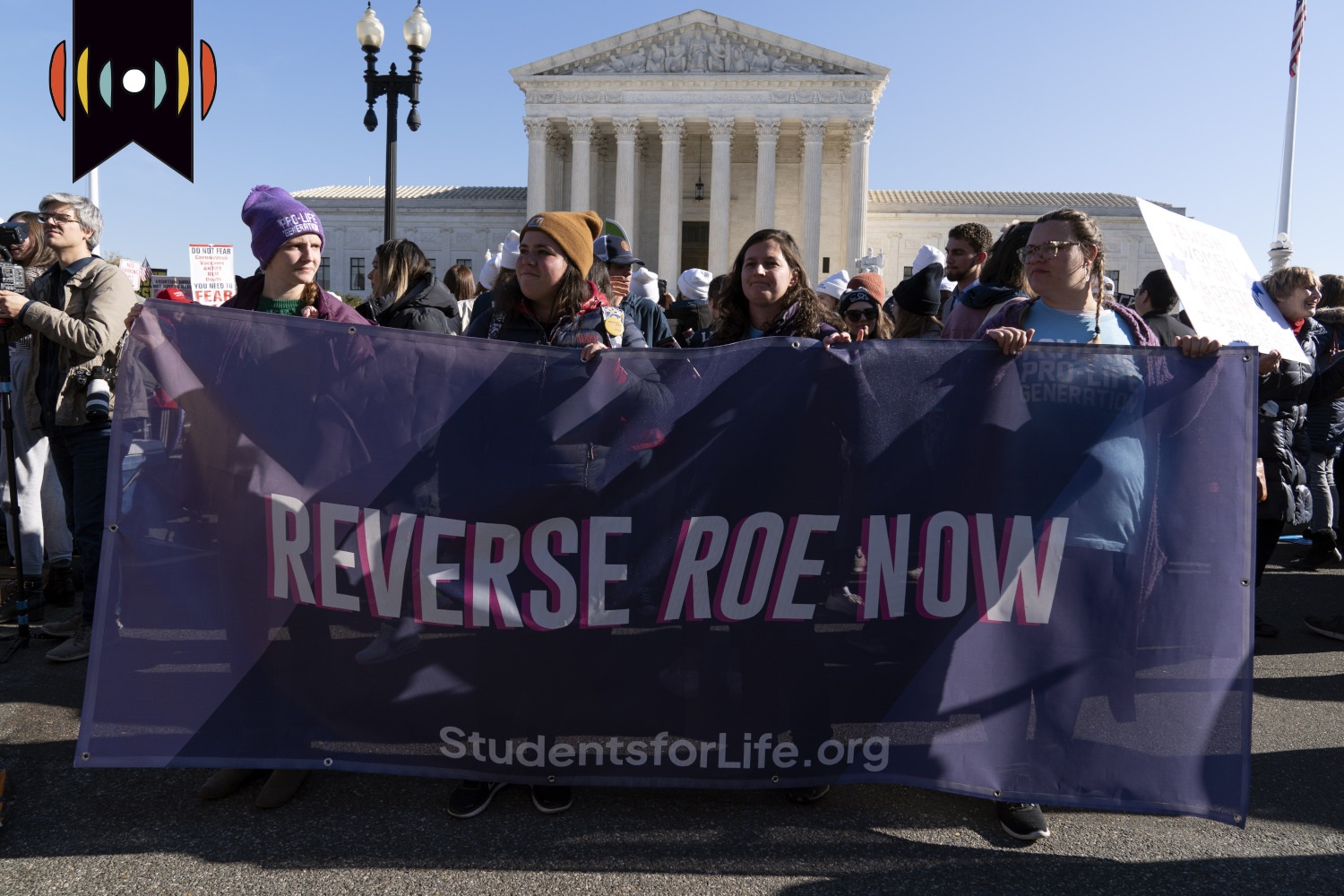 NICK EICHER, HOST: It’s Friday, December 10th, 2021. Glad to have you along for today’s edition of The World and Everything in It. Good morning, I’m Nick Eicher.

Thanks for the terrific first week in our December Giving Drive! An encouraging start, but still a long way to go to reach our goal.

I want to stress that everything we produce does require significant resources and so much of what we do, we make available to the public at no cost because we want to equip as much of the world as we can reach with sound journalism grounded in God’s word.

EICHER: Right, for example, the Sift, which is our daily online news, that is not behind a paywall. And in fact, if you want that delivered to your email each day, it’s a convenient way, bright and early each morning, to get a quick read on the big stories of the day. You don’t even have to visit the website, and that’s completely free.

As are WORLD’s excellent series of reporting-based newsletters on key areas of interest, I think of Steve West’s “Liberties” newsletter on first amendment freedoms, Mary Jackson on family issues—we call that the “Relations” newsletter—Esther Eaton reporting from Washington in The Stew, Leah Savas on life issues in “Vitals.”

We have 10 newsletters in total, plus the daily Sift, available free at WNG.org/newsletters.

BROWN: In addition, we have an entire family of podcasts—including the one you’re listening to right now—that we make available to the public. Again, we’re here because we think sound journalism and trusted opinion, all from a Biblical worldview, is just that important. And if you do, too, I hope you’ll support it during this crucial time, our December Giving Drive. Please visit WNG.org/donate.

JOHN STONESTREET, GUEST: Good morning. And I want to officially go on record here and concur with that call for listeners and readers to support World News Group as a trusted resource for me and for the Colson Center. And it's a privilege to be able to weigh in each and every Friday here, too.

EICHER: I want to ask a sort of counterintuitive question: A lot of people on the pro-life side were talking about the likelihood of the Mississippi abortion law being the vehicle for overturning Roe versus Wade. I want to come at it from a different angle: Suppose it doesn’t. How do you suppose pro-lifers would react to a shocker like that and how should they?

STONESTREET: Well, you know, I think we have had plenty of times of disappointment from the Supreme Court, since Roe v. Wade, there has been a lot of story. So it would actually be within the kind of the consistent narrative, that there would be another one, you know, you don't put your hope in, in princes or horses or the Supreme Court, that's, I think that's in the Old Testament somewhere. It just continually lets you down. And many people who have been quite sure that their predictions about a particular Supreme Court ruling and the scope of it have been, you know, disappointed, and others kind of have been, you know, surprised. And then we've, we can never, you know, underestimate the power of the court to come up with some third way narrow ruling, you know, that speaks to the merits of a particular case, but doesn't actually pull off what we had hoped or what we had thought. So all of those things are live options, even though I do agree based on oral arguments, in particular, that Roe's in real trouble. But here's the zinger in my book. Whatever happens to Roe v. Wade is not a finished line. If it is not overturned, it's not a finish line for the pro life movement. If it is overturned, it's not a finish line for the pro life movement. I mean, it neither one of those, mark the end, because the goal is not nearly as we've said many times quoting our friend Scott Klusendorf that abortion becomes illegal, it's that it becomes unthinkable. The work is to bury it in the annals of history with the same moral status as chattel slavery., you know, in the early days of the United States, it's got to be just completely a thought where we look back and go how do we ever tolerate such a thing? Certainly, if it gets overturned, the best that's going to happen here is abortion rights are going to go back to the state. If it's not overturned here, then we have seen incremental victories. This is the closest we've come, we continue to move ahead. This is a chapter in the story, it's not the final chapter in the story. And that just needs to be clear whichever way this is decided.

BROWN: Nick mentioned Mary Jackson’s “Relations” newsletter a few minutes ago, and I want to call your attention to some of her reporting. She wrote about a bill in Canada to ban so-called conversion therapy and it’s set to take effect in 30 days.

Her story said that the bill is pretty draconian: If, for example, anyone preaches what the Bible says about homosexuality and transgenderism could be in danger of a prison sentence.

I guess we won’t know until we know for sure how this is enforced, but how long before that hits here in the United States and do you expect to see pastors behind bars for simply preaching the Bible?

STONESTREET: Well, that's a great question. I think in America, the the robust religious freedoms, and certainly the aim of the Supreme Court, even when it was under a more liberal, you know, kind of ideological bent, was very reticent to remove freedom of speech, or freedom of assembly, or any of the First Amendment freedoms from religious bodies. So I don't really foresee anytime soon, pastors being behind bars for preaching the Bible, I'm way more concerned not about the rights of pastors to preach what they want from their pulpit, but the rights of parishioners to order their lives publicly around their deeply held beliefs. And I'm less concerned about honestly, the government supporting the rights of everyday Christians, wherever God has called them as churches that are strangely silent on this, plenty of pastors that are willing to protect their own religious freedoms, but not really acknowledged the religious freedoms of the bakers, and the florist and the videographers and the other people in their pews. And that's a long term recipe for failure. In other words, if we can't understand, defend and articulate what religious freedom is in our churches, we're gonna have a really hard time doing it in the court of public opinion. Canada doesn't have that same robust historical vision of religious freedom that the states do, and they don't have that - certainly the checks and balances in government that the United States has, and so the basically the secular ideological tyranny of the Canadian government has happened in a hurry. and Canadian Christians that I've talked to are alarmed. And they know how quick this is going. But let's be clear, a ban against so called Conversion therapy is shocking, because it means that someone that preaches the Bible about homosexuality and transgenderism could be in danger of penalties of some kind, maybe even prison. But that also means, let's be clear, that Christian counselors are in danger of this, that also means that you know, Christian university professors and Christian professors in universities are in danger. That also means everyday mom and dads who want the best for their children, and don't want to go along with their children's dysphoria are in real danger. So I just want to be real clear what we mean by religious freedom, we mean the entire scope of people of faith, to order their lives according to their deeply held convictions. It's not just an issue of pastors. So when are we going to see, you know, pastors jailed in America? That seems to me to be far off. When are we going to see more and more restrictions on public expression in the so-called public square in the world of commerce? That's happening all around us. And if we're not alarmed already about that, then we're not paying attention.