Culture Friday - The worst of us

WORLD Radio - Culture Friday - The worst of us

Reckoning with the cultural decay that led to the Capitol riot 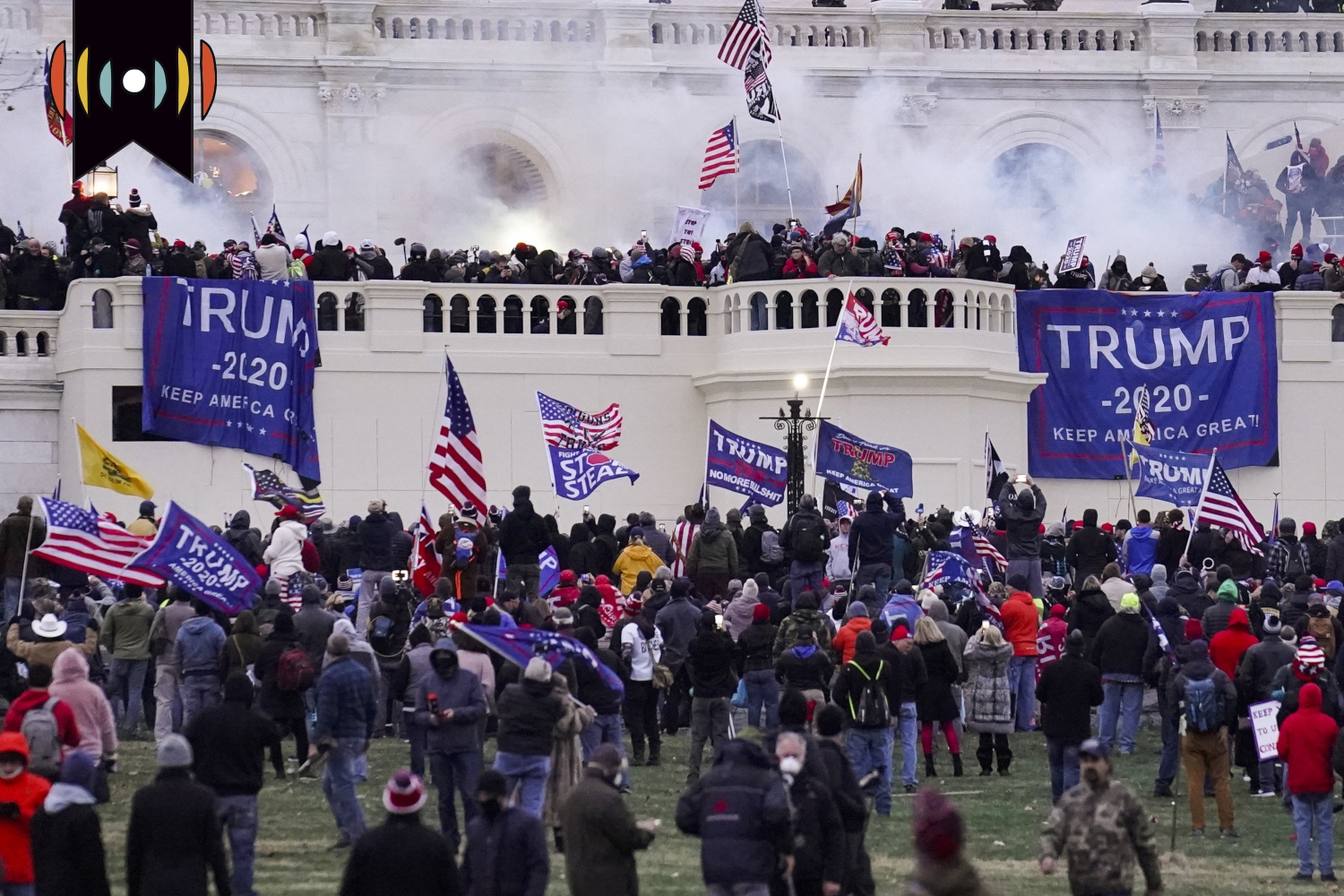 MYRNA BROWN, HOST: It’s Friday, January 7th, 2022. Glad to have you along for today’s edition of The World and Everything in It. Good morning, I’m Myrna Brown.

EICHER: Yesterday, we remembered a grim anniversary—one year since the Capitol riot of January 6th. Partisans handled this remembrance in predictable ways: one side will exaggerate it for advantage, the other will downplay it for the same reason. And on that score, I was glad for a WORLD Opinions piece yesterday by Erick Erickson, who called the attack, quoting here, “a logical stop on our republic’s road to decay.” And Erickson admonished all sides to condemn all political violence and all unlawful disruptions of government functions.

But this is one of those events, I think, where you really do remember what you were doing the moment you heard about it.

It’s interesting, because it was a Wednesday, and you and I were recording a conversation together you said, “Are you seeing this?” And in fact, I hadn’t until you said something. We clearly had no choice but to toss out our original plans and talk about the riot instead.

What’d you learn about it as you’ve had a year to reflect?

STONESTREET: You know, Erick Erickson's line that this is a logical stop on our republic's road to decay, I think is probably worth a little more unpacking. Chuck Colson used to love to quote Bill Wichterman, I think is the first one who coined the phrase that politics is downstream from culture. And I think that is true almost all the time. And I think this is a case where it is true. At the same time, I think one of the indicators of the health and well being of a culture is how much of it there is that's outside of politics. And I think that brings me to one or two conclusions about what we saw a year ago.

The first is, is that politics is filling the room. And when politics fills the entire room, when it fills the entire culture, everything seems to rest on political outcomes. And so one side can't lose, the other side can't win. Well, the other side has to see the other side as not just being people who are ideologically opposed, but people who are enemies, people who have to be, you know, eliminated from the picture, everything rests on every election. In fact, it's more than that. I mean, what we've seen in the year since is that everything rests on every headline. And every headline has to be understood in a political way. And I think we're just beginning to see the implications of a culture like ours, that historically was built on things way upstream from politics, where there was a whole lot more to us than just what happens in DC. What happens when all those kind of rich resources for our culture, what we might call the mediating institutions? The fact is, is we live in a country that doesn't trust those institutions. The fact is, we live in a country where those institutions have become increasingly thin, they become increasingly irrelevant. And all that's left to fill the room is politics. And these are the sorts of incidents. I don't know if it was a logical stop or a predictable stop. But it is a stop on our Republic's road to decay.

The other thing was, how many people looked at what was happening on January 6 and said, 'This isn't us. This isn't us.' I'm like, 'What do you mean by that? Somebody did this and it was us.' I mean, I guess, I think we are too quick to take our base instincts particularly on our side and say, you know, we're not capable of that sort of deception when you talk about the grandparent misinformation that is spread around the country from this, you know, the sewage sources of national media. And I use that phrase carefully, right there. I you know, this is us. We are a culture of misinformation. We are a culture without virtue. We are a culture that doesn't know how to govern ourselves. We are a culture that doesn't realize that there's way more to life than just politics. And now, it may not be true of me. It may not be true of you. It may not be true, somebody that's listening that has real concerns about you know, this happening on the left, this happened in the right look, this is us and we need to recreate with it, and I don't think that we have. So a year later we have people excusing it on one side and people using it for political ends of power on the other side. And I guess I'm not very encouraged by what we're doing with what we saw a year ago.

In just this first week of the new year, Christian author and ministry leader Lysa TerKeurst announced she and her husband are ending their 30-year-marriage.

After only 8 months of matrimony, Christian Congressman Madison Cawthorn is also getting a divorce.

But John, the announcement that I want you to respond to is from pastor and producer DeVon Franklin and his soon to be ex-wife actor Megan Good. And I'm quoting here, “We celebrate almost a decade of marriage together and a love that is eternal. There’s no one at fault. We believe this is the next best chapter in the evolution of our love.”

Now, you can’t blame one couple for a culture-wide problem and I wouldn’t do it, but I wonder whether these kinds of rationalizations and justifications, making divorce seem like just the next chapter of a love story—whether this kind of thinking and talking fuels more of it—helps others justify it. What do you think?

STONESTREET: Yeah, I mean, it's always hard when you hear these stories, and they seem to come in bunches when they're Christian, quote, unquote, stories. And you said, Well, you know, is there a trend here or something like that? The same week, there was an article in, I believe it was the New York Times, it might have been the Washington Post, where a commentator made the same comment about marriage, that the most courageous thing she could do was end her marriage. It does reflect that our culture has increasingly - and when I say our culture, I want to say our Christian culture, in particular in our church - increasingly sees marriage like a speed limit, not like gravity.

And here's what I mean by that. A speed limit, you know, is posted, it's a social construct, to help us govern our lives together. And we've seen that on a social level, this was the whole language around same sex marriage, you know, that we need to expand marriage by including parties that, you know, from every culture in the history of the world until yesterday, weren't seen, you know, weren't seen to be included, and marriage, including by cultures that had no Christian background at all, including cultures that had, you know, high tolerance for homosexual relationships. But that same rationalization that marriage is a social construct, it's a speed limit, not gravity, is emerging now in these comments. And it's one thing when you see in the New York Times, it's another thing when you see it out of pastors when you see it out of Christian voices, we heard these lines five years ago, 10 years ago from progressive Christianity. But now we're hearing from people who identify more clearly in the in the category of conservative Christianity or Orthodox Christianity.

This is a swerve. And just like embracing a transgender ideology, and various forms from our culture, is not just a moral move. It's a worldview move. It's a larger worldview more because you're saying something about the way that God created the world and the way that God said He created the world. And so it's a creation issue. It's an orthodoxy issue. It's not just a random, you know, theological sock hanging out of the suitcase. This is a little bit bigger than that, because it deals with the fundamental question, Are God's moral norms speed limits? Or are they gravity? Are they social constructs? Or are they, you know, baked into reality? And so, man, what a conversation we've had. Politics is downstream from culture, sometimes cultures downstream from law and politics sometimes and, and the two stories exhibit this, I think.

STONESTREET: Thank you both and happy epiphany.