Although marriage has been redefined by culture, the reality of sex, marriage, and babies still exists 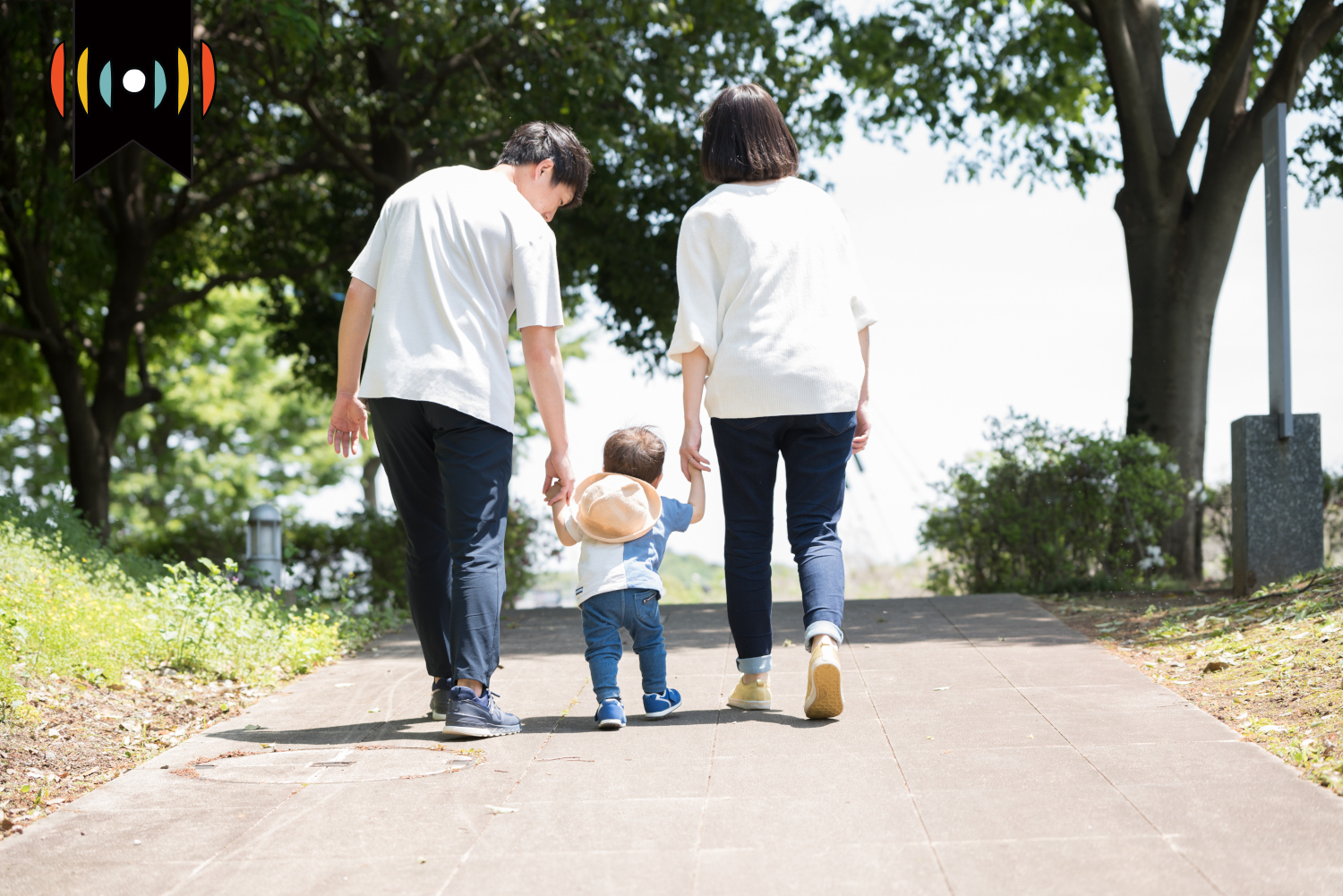 Let’s bring in John Stonestreet. He’s the president of the Colson Center and host of the Breakpoint podcast.

BROWN: John, I am a mother of two adult children and a step-mom of two more and honestly, I cringed when I read a recent article from WORLD Opinions contributor Shane Morris. I think you know him.

He wrote, “Millennials who are very cavalier about not having children are in for a shock when they enter their 40s and realize life is only half over. What do you do at that point? Keep trying to be sexy and have fun? I expect to see a lot of sadness and confusion about what to do at that point.”

That one statement produced an onslaught of angry comments on social media, I won’t take the time to repeat any of them here. But John, this seems like more than young adults turning their backs on parenthood. This has worldview implications.

STONESTREET: Oh, huge worldview implications. And I just want to be clear that I don't take any responsibility, or try to defend anything that my colleague Shane Moore says out loud, particularly on social media, but we he's talking about something that we talk about a lot around the Colson Center and Breakpoint, which is just completely how our culture has lost an understanding of sex, marriage, and procreation. And by a culture, I don't just mean them out there. I think, you know, I speak on this a lot. And when I make the suggestion, which I think is biblical, and historical, that sex, marriage, and babies are a package deal, and I make the case that they're built into reality, as created norms. And a lot of people think of the choice to have children as nothing more than a choice as the choice to have sex, as nothing more than a choice as an institution, like marriage is something that we made up and maybe was, you know, helpful at one point in time, but now we're just going to change. And we expand marriage, we changed the definition of marriage, we completely redefined it in all kinds of ways, and then expect it to still bring the kind of social goods. It's a completely different relational arrangement than what was actually baked into creation from the very beginning. And it just doesn't work. Now, one of the examples of this radical redefinition is what Shane was talking about here, I think, and that is just the birth dearth. And the future that's going to be determined, largely, as it always has, by demographic realities, you have the economic problems on a macro scale, but you also have this idea that life will go on forever as it is, and I can get what I want. And I will always be able to access what I want, even if I, you know, it's kind of like, I chose to step off the roof because I love the euphoria of falling, but I'm gonna choose not to hit the ground. That's not the way gravity works. That's not the way relational arrangements work. That's not the way marriage works. That's not the way children work. What we're learning and what Shane is pointing at, is there's a generation that's going to learn that marriage, family, sex, babies, these things are actually real things. They're not just, you know, figments of my imagination or objects of my desire. They actually exist in life in the world, and it matters what you do with them.

EICHER: John, I want to call attention to a really great roundup on state-level action on abortion on the November ballots, five states in particular: Kentucky (a pro-life amendment), Michigan (a pro-abortion one), California (pro-abortion), Vermont (pro-abortion), and Montana (pro-life).

Leah Savas reporting for WORLD: “The campaigns around the … upcoming abortion-related ballot measures have taken a similar tone. Whether pro-life or pro-abortion, the opposition to each of these state proposals plays on the extremism of the proposed language.”

That’s interesting to me. I think she’s got her finger on the pulse here: Where the abortion issue is concerned, it seems there’s a perceived advantage to be had if you succeed in painting the other side as extremist. I guess time will tell, because I can imagine California has plenty of leeway to be extreme, at least the governor seems to think so. But perhaps Kentucky and Michigan offer a really interesting test. I wonder, though, what that notion—“don’t be extreme”—says about where we are culturally in the early days after the fall of Roe vs. Wade?

STONESTREET: Well, I think the numbers have been all over the place. And, you know, you know, for the Democrats, there's no question this is providing some sort of issue by which they might be able to mitigate the absolute devastation that was headed their way in the midterms because of the economy. I think there's probably, though, at the end of the day, going to be an overreach of this. My take on this is the political forces are overestimating where most people are on this. Part of that is I don't think that two sides talk to each other very much. And that's probably part of it, too. But I think what you have is you have people who really care about preborn children, and you have people who really care about abortion rights, and then you have everybody else in the middle. And that's a much larger group than the others. So painting the other side is extremist, if you're able to do that, and stay away from the nuance that so many of these bills require, or so many of these bills offer, then you're going to be able to get the electoral advantage on this. Now, of course, it's completely different. If you live in Kentucky, or you live in Alabama, or Mississippi and you live in Minnesota or Colorado or California. It just is really all over the place. And that tells me that we'd have a lot of work to do. I mean, again, we've been saying this, but it's an example of what many of us have been saying: the Supreme Court didn't settle the issue with a doctor's decision any more than they settled the issue with Roe v. Wade. Basically, what you have is the supreme court saying that there's not a federal mandate for abortion rights that gets returned back to the state and the way that Roe was decided, in Casey was decided was actually bad law. And that's not the way law needs to be decided by the Supreme Court. So that just leaves it up in the air, in a sense, and you have a state level movement that is feasible, and we should take as much of that movement as possible. But we shouldn't expect the court to have done or even state level legislation to do what it cannot do. And that is it cannot build a culture in which abortion is unthinkable. You know, there's so much of this that makes me worry about the lessons learned from prohibition. Where legally you pass things, and culturally, it's not there. And you know, it's basically a short time of a prohibition. And then, you know, the idea of ever legislating this stuff again, becomes unthinkable. So I think there's a lot of historical lessons to be learned here, too.

EICHER: I have to bring up something that the commentator Matt Walsh has done exceptional work on and that is shining a light on transgender issues. He produced a really excellent documentary titled “What is a Woman?” and now he’s doing some whistleblowing activism on so-called “transgender medicine.” He’s brought evidence that his local hospital Vanderbilt University Medical Center in Nashville is prescribing hormones for young teens, doing double mastectomies on healthy girls, and even suggesting repercussions against conscientious objectors, doctors who won’t participate. He’s done enough that Tennessee officials are now demanding an accounting. Here’s the question: Right now, this whistleblowing seems to shock people who hear it and there’s really no defense offered when the whistle is blown, but do you think there’ll come a day when the larger culture will just shrug this off and just say, hey, that’s bodily autonomy, kids ought to have a choice to do this?

STONESTREET: Yeah, I mean, I think in some cases, that's already you know, what, what's being done is people are blowing this off, as if bodily autonomy explains what on earth is happening here. But I actually think there will come a day when we look back at this and say, What were we thinking? How were we able to harm little children this way? And justify it, I think, there was a time in the west where people looked at a grave evil being done against people like the British slave trade. And they shrugged it off, saying, economically, it's not feasible to end the slave trade. We don't want to pay too much sugar. And then there's another day, our day, which we look back at that and say, how terrible, how evil, how awful, that people actually justified, it was such a silly explanation. And I think that's what's going to happen. I think there will be a day where we go all the way down the pit of despair into this kind of bodily autonomy as all that matters for anything. And realize that what we were doing was pressuring and harming kids and in the name of advancing adult rights, because that's really what this is. There's no reason to push this sort of medicine. There's no reason to hurt kids this way. Unless you're trying to justify something that adults actually want. And we're backloading all kinds of different reasons. You know, on to this I think Matt Walsh and some others are on the front of saying this is really crazy. So I think we'll look back years from now and think about it that way. And I think one of the reasons is not only because of documentaries like this, or you know, investigative journalism like this, but because there's more and more voices stepping up, saying, I was harmed by this ideology. Social media is giving them a platform and a voice. And other social media is highlighting just how crazy and bizarre some of the language and some of the efforts are to, you know, violate parental rights to brainwash little children, and to force ideas on children at an age that's just irresponsible and really evil. So I think those are the things that are going to move the needle in the long run the most, but it's not going to be one thing. It's going to be everything. And we're gonna reach a point where we look back at this and say, you know, good heavens, what on earth? What on earth were we doing?

BROWN: Well, John Stonestreet is president of the Colson Center and host of the Breakpoint podcast. Thank you, John.