And female Olympians challenge the skimpy uniforms required by some sports 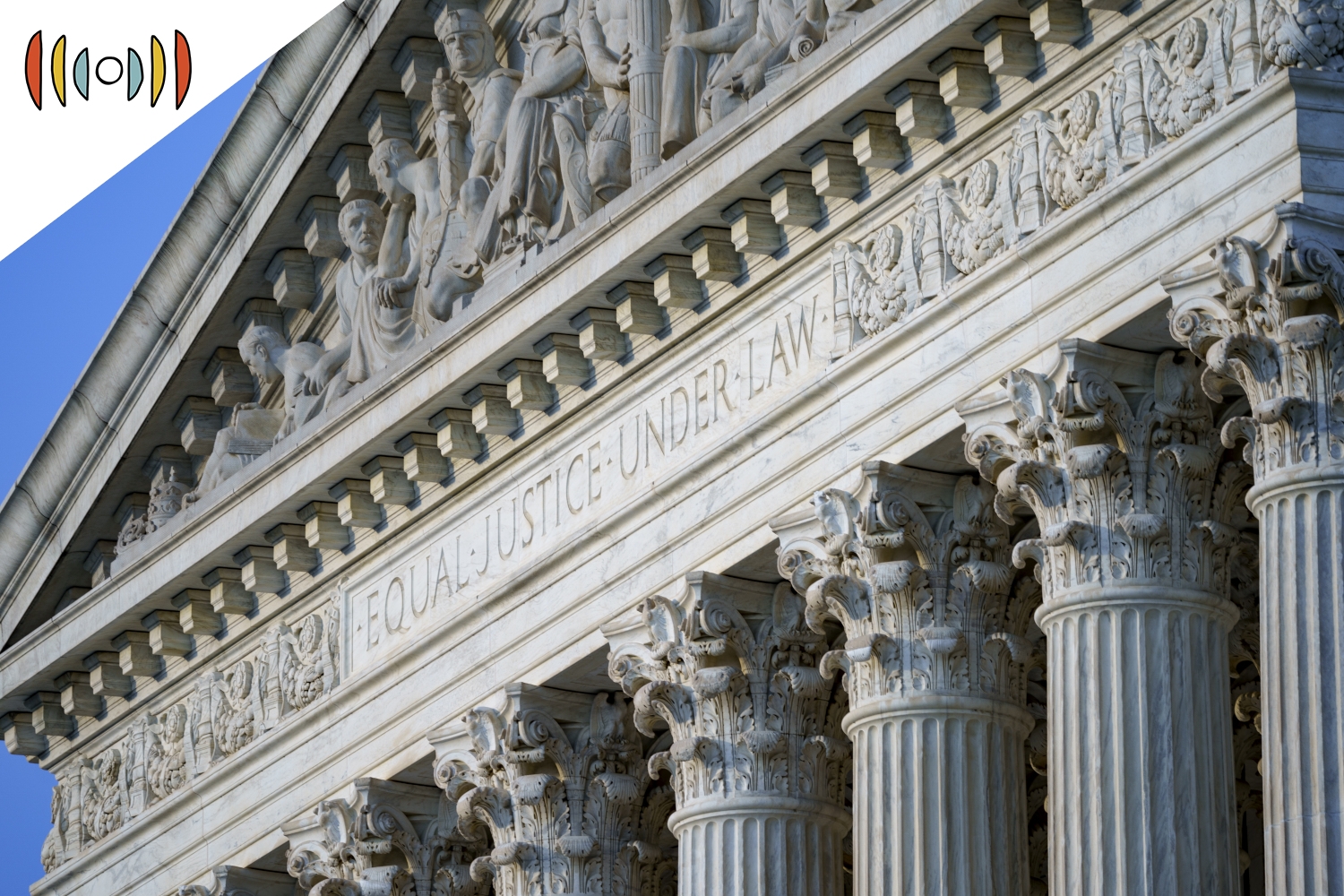 NICK EICHER, HOST: It’s Friday, July 30th, 2021. Glad to have you along for today’s edition of The World and Everything in It. Good morning, I’m Nick Eicher.

Back in 2018 Mississippi passed a law called the Gestational Age Act. It bans abortion after 15 weeks with two exceptions: pregnancies involving life-threatening health emergencies or fetal abnormalities incompatible with life.

In response, an abortion business in the state capital Jackson sued and won in federal district court, striking down the law as unconstitutional under Supreme Court precedent.

Undeterred, the state’s Attorney General Lynn Fitch took the case to the U.S. Supreme Court and the court will hear it.

Now, unlike other failed attempts to limit or ban abortion, Fitch is directly calling into question the constitutionality of the right to abortion, the central holding of the landmark Roe v. Wade decision of 1973.

EICHER: It’s Culture Friday. John Stonestreet is here. He’s president of the Colson Center and host of the Breakpoint podcast.

BROWN: John you like to say it’s important not just to make abortion illegal but unthinkable. I’d like you to talk about what those steps are, but don’t they at least include the lengthy and expensive legal efforts as well?

STONESTREET: Absolutely, they do. And it's important for me to note that I didn't make that phrase up. And listen, that line, I've heard it from many people who have spent a lot of blood, sweat, and tears trying to defend the lives of the preborn. And they get the fact that as many people say that politics tends to be downstream from culture. So you get the political results by getting the cultural change. It's not always that way. But it often is that way.

Sometimes, however, to overturn great evil, you have to do legal first. Or sometimes even the legal part of it, the political part of it, can be upstream, it can be political laws that do the right thing, even if the larger culture is not ready—the civil-rights legislation would be an example of that, I think.

Now, what I mean, in terms of making this unthinkable, and that's what makes this case in Mississippi, and particularly the words of Attorney General Fitch and her briefing so fascinating. I mean, this was the most devastating critique of abortion law that we have seen in this sort of a document: First of all, that America's abortion laws are completely out of step with the rest of the world. So, you know, the company that we keep in terms of abortion on demand, are some of the worst actors of human rights in the world right now.

Secondly, that what we now know, just a clear outline of what we know about fetal development, things that weren't known in 1972, things that have become clear, and also then make it clear what abortion is. And that's part of this cultural change Myrna which is you have to actually uncover evil.

And then I also found it fascinating that the attorney general outlined three parties that abortion harms, and at least abortion on demand, obviously, the child, but also the mom, that this idea that this is just like, you know, going in for an outpatient surgery, and everything is fine. That treats an entire group of women who regret their abortion who have physical and mental challenges because of their abortion. It treats them as if they don't exist.

But also, this is big. Attorney General Fitch outlined how this harms the medical profession. And what we're seeing across the Western world as abortion law turns into doctor assisted suicide law, that suddenly a profession that is built around helping and healing becomes a profession, that mutilates and even kills.

EICHER: I want to jump in on this—talking about culture change strongly implies cultural institutions to help bring about that change and it seems to be getting more difficult to protect those institutions. Latest example: the Virginia Values Act—as they call it—a revision to nondiscrimination law that brings in gender identity among other things. So here’s the story: A pregnancy care network, two churches, and three Christian schools sued the state saying the religious exemption was unworkable and now that case got tossed out because none of the parties had been harmed yet. They had to wait to be harmed, in other words.

And let me stop here for a note to the listener: If you’re not signed up for WORLD’s “Liberties” free email newsletter—you really ought to be, that’s where I learned about the story, from our religious-liberty specialist Steve West, former federal prosecutor turned journalist—and we’ll place a link in today’s transcript. But you can probably remember ​​wng.org/newsletters, really good stuff there—and free!

But back to the story. Steve reported for WORLD that the religious exemption they’re arguing about only allows churches and other ministries to base hiring and firing decisions on how employees self-identify religiously, not on whether they follow a group’s beliefs on things like sexuality and marriage. It’s a fine distinction, but it makes all the difference.

But here’s my question: don’t these realities make things different from the day of William Wilberforce, navigating a complicated modern society with its rules and regulations just to preserve institutions to help fight cultural battles?

STONESTREET: Yeah, institutions matter, greatly. Institutions matter on a number of levels within culture and cultural change. In other words, beliefs, and behaviors and identities are preserved by institutions within a society. You can see, for example, I think there's an example of this going on right now with the Olympics where there is a reticence of athletes to identify as Americans. You have athletes saying, I'm doing this for myself, not for my country, I mean, that blatantly, it's an interesting thing. And it's dramatically different than anything before.

So what does it look like when an institution like sport, like the U.S. Olympic team, has lost the loyalty of its people? And then what you have then is an individualism, and that's not going to be enough to sustain any sort of identity. So you're seeing this kind of happen in real time, I think, I think right now.

But that does underscore the importance of protecting institutions, but it's getting challenged every year, every term, there is a challenge to institutional religious freedom in the Supreme Court. And so that's why this matters. What you have here is what we have seen increasingly at the state level, we can go back to California, its assault on the religious freedom of Christian institutions, particularly colleges and universities. Not to mention pregnancy care centers, you remember, remember that whole deal where they had to basically promote abortion services with font that was big enough for people to read across the room.

It's an amazing and egregious thing of saying: ‘Look, you can believe whatever you want in the privacy of your own heads. But because you exist as a public institution, you actually have to go along with our values as a state.’ That's what Virginia has done as well. Virginia is aggressively trying to be a progressive place. It's going to be absolutely essential to preserve these freedoms. Sitting this one out is not going to be an option.

EICHER: I'm glad you brought up the Olympics because I'm noticing a really kind of interesting cultural story that is coming out of the Olympics. Female gymnasts from Germany wearing full-body suits in the qualification events. As the BBC reported the athletes “continued their stand against the sexualization of their sport.”

I saw a story, too, about Norwegian beach handball players deliberately defying a rule that required them to wear bikini bottoms—they went with shorts instead—to make a similar protest.

What strikes me is this is not coming from Islamic countries, for example. This is coming from Western countries and I don’t get the sense this is for religious reasons.

So I wonder if it’s a trend and I wonder whether you think this is a sign of possibly a more healthy culture?

STONESTREET: It's a great question. I think it's a sign of absolutely contradictory and confused culture. And I think we're going to see more and more of these things. Look, I applaud the modesty here, you know, but it's in the name of kind of having sexual autonomy. And that contrast comes from a another contrast, which is, ‘hey, you know, women be sexually liberated, because you've been victimized sexually.’ There's just so many contradictions in the sexual revolution. It's hard to know where to begin.

And because there's not a stable source for human dignity in Western culture anymore, but we still want human dignity. We still want value, we still want equality and all of these things. You know, a couple weeks ago, I did a Breakpoint commentary in which I said wokeness is a Christian heresy, because wokeness is fighting against discrimination and fighting against oppression. I think it's doing it wrongly. And I'm using wokeness in the common way people use it. But you know, what the, the idea that oppression is not a normal part of the world and should be fought against only owes itself to Christianity.

That's what's so interesting about this story, the idea that women's value should be protected historically never existed, until there's a vision of the image of God. And of course, in the first chapter of Genesis, before we know Eve’s name, we're told that she's also made in God's image. It's a beautiful grounding of human identity for these two, Adam and Eve, that are going to be critical in this human story and kind of representative of the rest of the human race.

So I think that's what's happening here. I think that sexual brokenness creates a context in which particularly women and children are vulnerable. And women also have been given that voice to fight back. And so I applaud these gymnasts, I applaud these Norwegian beach handball players who I also didn't know was the thing, but God bless ’em, you know, have fun.

I just, I think that, you know, the only potential for this to have some sort of long term change, and not be undermined. I mean, think about, for example, how all of women's rights are now at risk in the name of third wave feminism, which says that men can be women. It's so bizarre. We're just in this state of perpetual conflict and contradiction. So I'm not I'm not sure that there's longevity here without something more stable to ground it in, but God bless them for pushing back on the ways that they're being sexualized.

EICHER: John, thanks so much.