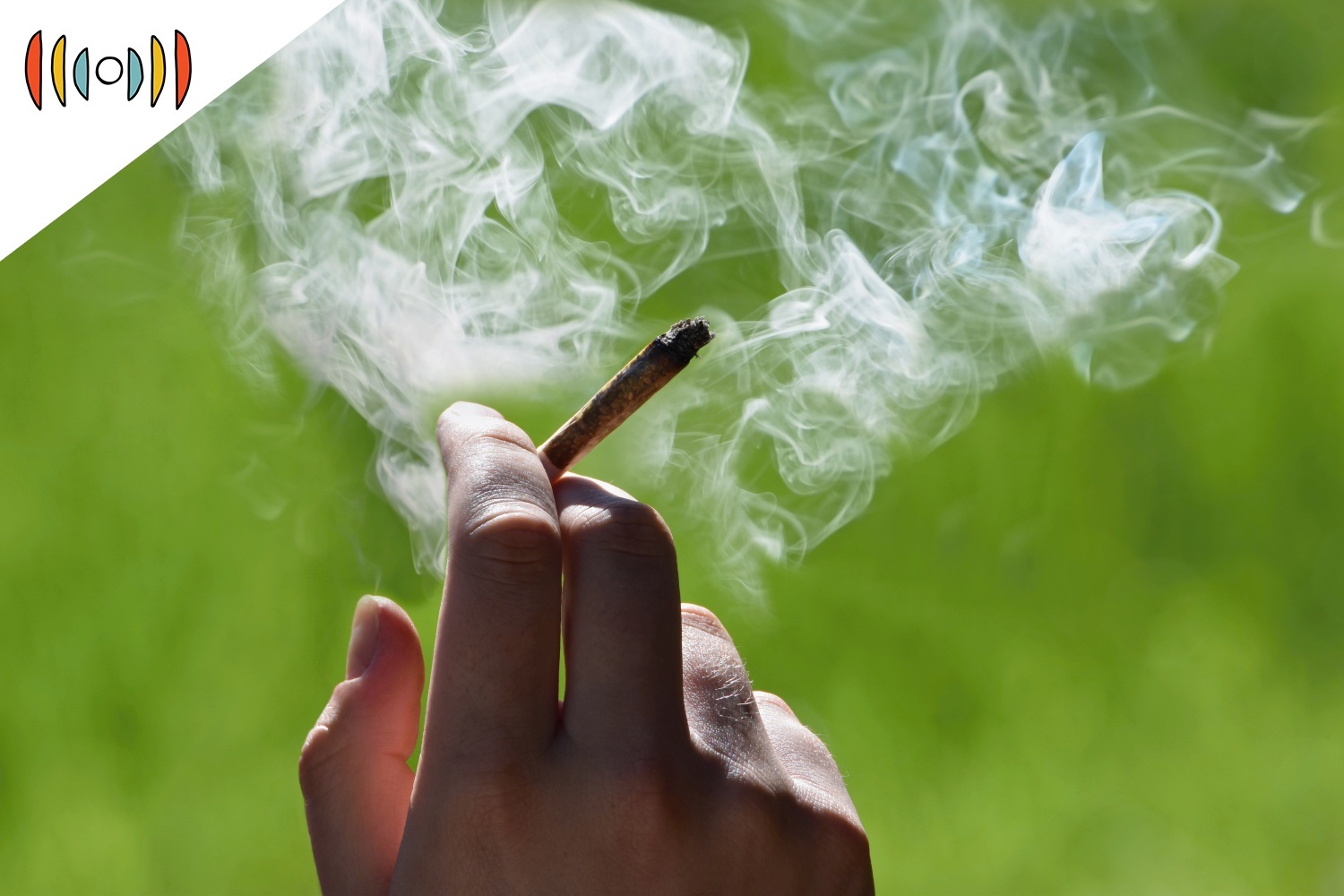 MYRNA BROWN, HOST: It’s Friday, September 24th, 2021. Glad to have you along for today’s edition of The World and Everything in It. Good morning, I’m Myrna Brown.

NICK EICHER, HOST: And I’m Nick Eicher. It’s Culture Friday. I want to welcome John Stonestreet, the president of the Colson Center and host of the Breakpoint podcast.

EICHER: I’ve been paying attention to the job market coming out of Covid lockdowns and government unemployment benefits, John, and what we understand as a continuing labor shortage.

Related to this, I want to note a move by Amazon, and a sign of desperation there. The company has now stopped screening many job applicants for marijuana use. Quoting one of Amazon’s HR executives: “We've found that eliminating pre-employment testing for cannabis allows us to expand our applicant pool.”

Amazon is also lobbying Congress to legalize marijuana at the national level. It seems in part because some Amazon jobs require Department of Transportation approval and marijuana use in such positions remains a no-no.

Now, Amazon is positioning this—and it may be true—as a issue of racial equity, saying that marijuana tests disproportionately affect minority communities.

You have your own experience there in Colorado with marijuana legalization, but now we’re seeing pressure from a major employer in this country to nationalize marijuana policy. Maybe well intentioned, but talk about possible unintended consequences.

STONESTREET: Well, it's not well thought out. And the mainly because the labor problems that Amazon is trying to deal with are, they're not dependent on this Marijuana Policy. This is part of a larger cultural thing in which we're struggling to get particularly entry level jobs and others filled by applicants for all kinds of reasons, there has been an incredible disruption because of the COVID pandemic in the labor market, everybody knows that. And even interestingly enough, some of the financial incentives aren't quite pulling off what people would expect. I mean, there's a McDonald's within a driving distance from my house that's hiring at 18 bucks an hour, at McDonald's. And let me just say, as a bitter, you know, former teenager, my first job was $3.25 an hour at a farm. Alright, I mean, this is just, there's something else going on here. And so there's a solution that's being offered, that doesn't match the problem. And of course, that never works in public policy. In other words, there's a problem with the Employment and Labor Market, and let's do all kinds of other things in which to incentivize workers, even if it's not actually directly related to the problem itself. That's been the approach from the very beginning, by the way, for the government is the incentivization of this sort of thing. You know, it's sold to a state with financial benefits, without a full understanding of the social costs. One of the social costs in Colorado has been on the roads, there is a direct correlation between the spike in traffic accidents and the legalization of marijuana several years ago. And, you know, one of the, that's widely assumed the number of people that are driving with, you know, still traces in their system of having used or, you know, marijuana is very, very high. I mean, the numbers are actually stunning. Another unintended consequence has to do with schools. The law is a teacher, when you teach that this thing is okay. Then you get consequences. And I know everyone compares it to alcohol and everything else, it is possible to indulge in almost all the other vices of which this is typically compared without actually getting to that point of drunkenness being, you know, basically unmotivated. The point of using this, except in specific medical situations is to get high, there's not a middle ground. The point is to be disincentivized from doing anything productive. So, you know, look, the cats out of the bag when it comes to public policy, I'm not sure how you're going to put it back in. That's tells you something else about the role of law and culture. We often talk about the law being downstream from culture, sometimes its upstream and the rest of the world, many aspects of culture weren't ready for marijuana. But thanks to states like ours, you know, we're essentially driving it and forcing it on the rest of you.

EICHER: John, Democrats and Republicans in Congress had been talking about a compromise measure to bring police reform and I just read that the talks had broken down. The Democrat side—Senator Cory Booker—called up the Republican side—Senator Tim Scott—and said the Democrats are done negotiating. What do you take as the broader meaning here? At one time, this was the story.

STONESTREET: Well, I mean, if you're asking me, what's the broader story of Republicans and Democrats not getting anywhere, I'd say, you know, welcome to another day. But I know let me point to this—there is a fundamental worldview difference that can be seen and what people think are the problem, and therefore what people think are the solution. What's the fundamental problem here that needs to be solved? And what's the fundamental solution is going to be based on that, and when it comes to and that's reflective on what one thinks is wrong with the world and wrong with individual citizens, there's going to be a fundamental disagreement in worldviews here, between the Democrats and the Republicans. You know, you have a one group that's being largely informed now by a vision of reality that says that moral guilt and moral superiority is the result of an accidental consequence of how you were born, whether you were born black or white, that is a dominant theory that is actually, you know, influencing what we think then is the problem. That's a very different thing than if you think the problem has to do with some deeper cultural issues within because of socio economic status, lack of moral formation, or all those other things. It's just a different way of seeing the problem. One side says that the definition of right and wrong is racially determined. The other one does not.

BROWN: John, in the latest edition of WORLD Magazine, our colleague Leah Savas wrote a compelling story about so called “Abortion Shouters” - radical abortion activists who insist it’s no longer enough to be pro-choice. The emphasis now is on being proudly and loudly pro-abortion.

On top of that, they’re also pushing the moral high ground for abortion, claiming that people who have had abortions are more holy and that people who create access to abortions that are safe for women are morally right people and are doing Jesus-work.

All of this despite the heart-breaking stories from women who are struggling with drugs, alcohol, anger, depression and shame and realize it’s due to post-abortion trauma

John what do you make of what appears to be the tightening of battle lines in the abortion movement?

STONESTREET: It is interesting, I mean, long gone are the safe, legal and rare days of this on a political agenda side, but when you start getting into the more extreme sides of the activist, it is pretty stunning. We're seeing things now, in the United States that we have seen in Italy and other places around the world where that basic conflict is seen as being so stark that the activism is extreme. In one sense, there is this degree to which, when the cultural darkness is in fact, the darkest than the light is the brightest. And for far too long, the evil of abortion, the abject horror of what actually happens when an abortion is performed, to an image bearer of God, it has been hidden, it's been hidden by euphemism. It's been hidden by language, it's been hidden by things that have kept it from being seen for what it really is. I think very often, people who care about life can quote the abortionist themselves, the abortion activists themselves. And in a sense, they're making the case that this is really what happens. Now, we're going to be mistaken if we think that this is going to convince people to join our side, because as I said, I think before, the problem is not that it's not become more clear what abortion actually is. The problem is, is that it's become more and more clear, in a cultural dominated by relativism. So to not prefer abortion because it's icky, or it's yucky, or it's even, I think it's actually wrong. It's not the same thing as saying abortion itself is fundamentally wrong. And it should therefore be stopped in any and every way that we possibly can. So in other words, this is, I think, something else that is usable, exploitable by those of us who want life to be defended, but it can never do the work for us that we're called to do ourselves.

I think one of those many factors is that most restaurants have gotten used to having the power to schedule their workers any way they like, without much consideration for the rest of their lives. (No regular hours, you come in when we schedule you to come in, you might get many more or fewer hours than you really wanted or planned for.) Personally, I think there are probably a lot of people who found different kinds of jobs when the restaurants laid off workers and aren't real interested in going back to that.