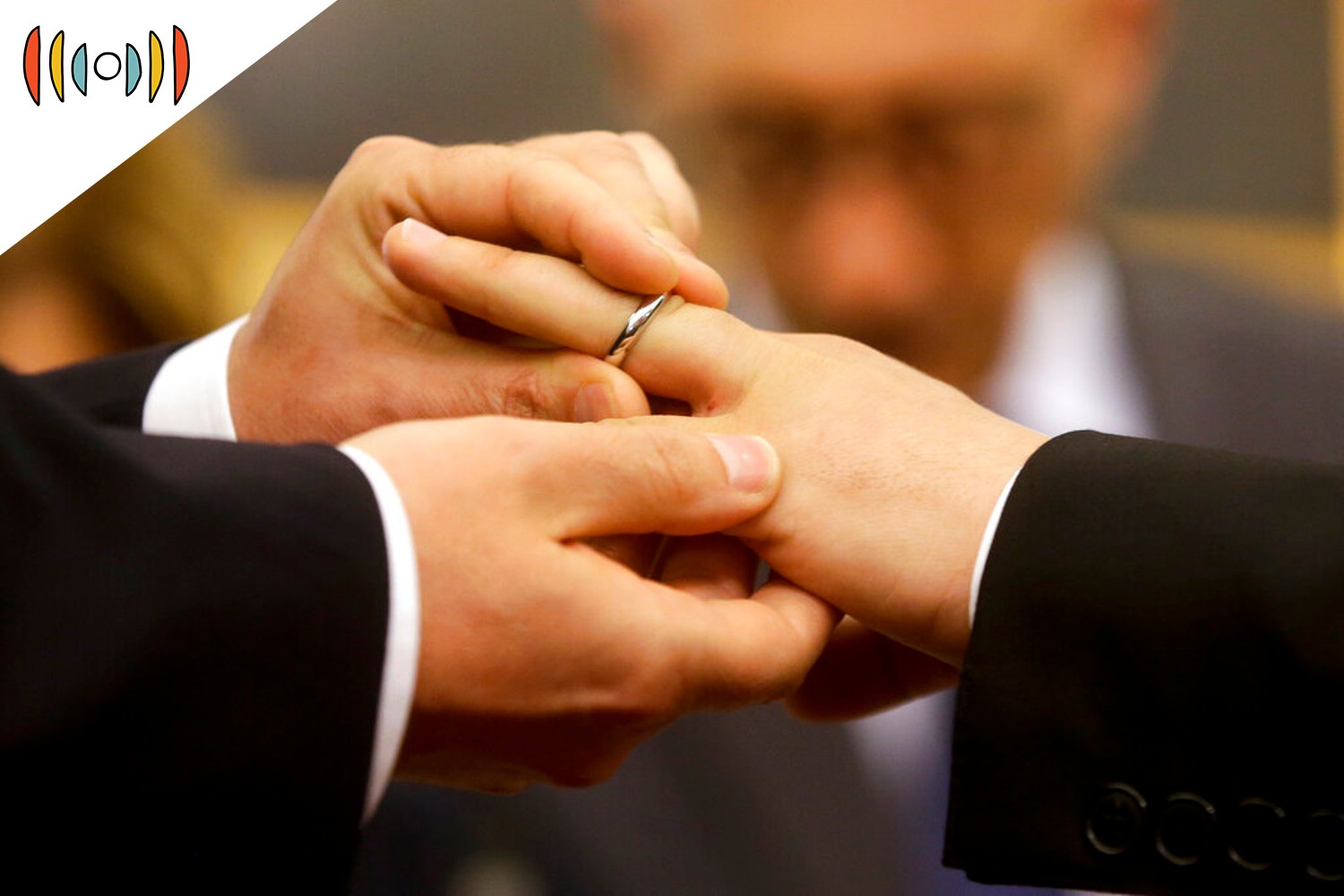 Liberal Catholics in Germany are ramping up the pressure on Rome. This week, they defied the Vatican by openly performing blessings of same-sex unions in churches, recorded and streamed online. It appeared to be aimed as a response to a Vatican communique back in March prohibiting such blessings— that God “cannot bless sin.” Progressive priests in Germany have scheduled about 100 of these ceremonies around the country, seemingly daring the Vatican to respond.

BROWN: American Conservative writer Rod Dreher weighed in on the German campaign of disobedience, predicting church authorities will do nothing about it before concluding, “These are the last rites of a dying liberal national church.”

EICHER: It’s Culture Friday. John Stonestreet is here. He’s president of the Colson Center and host of the Breakpoint podcast.

EICHER: There’s another church-related story I want your comment on. It’s from the United States basically involving a mainline church denomination that has been trending pretty strongly away from orthodoxy on questions of human sexuality.

But what’s significant about this dispute in the Catholic church is that for all the liberalism of Pope Francis, he’s kind of hemmed in by official church teaching. He doesn’t have a lot of freedom here.

I’ve read several different accounts on this. But for those of us non-Catholics, let’s begin with, how significant is this latest confrontation?

STONESTREET: That's a great question. And maybe we should get a Catholic in order to answer that question. But I do think that this is the central question of our time.

This issue is significant. Let me just tell you why it's significant for Christians, and not for Catholics in particular, but in general, Christians. Because if one thinks that this is a question about morality, one is missing the story here. Certainly, there is a moral element to the story. Much of the sexual revolution has involved a moral revolution, whereas things that were considered wrong are now considered right and vice versa. But all of the moral shifting that has taken place over the last couple of generations in culture is a actually the fruit, not the root. The root is a much more fundamental shift. A shift in cosmology—what kind of world do we live in? And anthropology—what kind of creatures are human beings?

So if the church then or church leaders suddenly decide to change morality here, what they're actually changing is a cosmology and an anthropology. And at this point, you're missing a biblical worldview in the first two chapters of Genesis. You're missing anything that can be identified as Christian, right off the bat from the very beginning. And that's what I think many people miss is that they think, "Well, you know, does God really care that much about who I sleep with?" That's not really the question. Where this issue is, does God really care about who he created us to be? And the Biblical answer to that is a pretty dramatic, yes.

STONESTREET: Well, you know, the thing about hierarchical churches—and nothing is more demonstrative of this than the Catholic Church and the Orthodox Church—you have change that happens very, very slow. And sometimes that's a good, because the church has survived heresies in the past and the church has survived false teachers and bad popes and bad archbishops and bad representatives. And, you know, the church has survived this throughout history. And I think that's, you know, there's a faith in that that's reflected in the structure of how these things get resolved. At the same time, this isn't difficult. This one should be settled very quick. tThere should be a quick pronouncement from the papal office. The question is, will it happen? I'm not sure.

EICHER: I mentioned before we got into this that I had another church story for you. A colleague posted a link to a story about the first-ever transgender bishop named in the Evangelical Lutheran Church in America. Now the ELCA in its official statements seemed to show some respect to traditional theological views on human sexuality. But at the same time, it long ago ordained LGBTQ clergy. Back in 2013 it named an openly homosexual bishop, and now a transgender bishop—another first.

And so this goes to the heart of my question about this. What’s the right reaction to such a story? Do you shrug your shoulders and say, this is totally expected? Or is this a major concern to push back against?

STONESTREET: Well, in light of the previous story, I want to ask what's going on with Germany? I don't want to shrug my shoulders, but I will say that it's totally expected. I, you know, we've been rehashing this idea. Several years ago, on a breakpoint commentary, I made an argument that anytime you have seen someone in the evangelical space—and I wouldn't put the Evangelical Lutheran Church in America in the evangelical space, which I know is somewhat of a denial of its name—but anyone that you hear... And this was at the time where there's some high profile evolvings on, you know, same sex marriage or the morality of committed sexual relationships between people of the same sex or whatever. That when you hear that, when you hear a theologian or a church or a some sort of institution that has famously evolved, they will have already evolved on other issues. In other words, they had already changed their minds about things, particularly the the authority of Scripture, the sufficiency of Christ, and the sinfulness of humanity.

In other words, you know, those three opinions, I mean, obviously, the church has a spectrum of views on a number of things, but when it comes to the the authority of Scripture and the sufficiency of Christ and the reality of sin, you know, that's pretty mainstream beliefs. So anybody that caves on marriage and on sexuality has already caved on those things. And I think that's been true for a while.

I'm curious about how long it will be true. And I think that's absolutely the case with the ELCA. I mean, ELCA is already fudged around on, you know, those other doctrines for a long time, which is really saying something, since their history goes back to, you know, Luther. That has a lot, you know, that tells us so much about how denominations evolve and so on.

But it's an important story to watch because we have been in this season in which the compromise on Scripture and Christ and sin has led to a compromise on these moral issues. I'm curious to see whether that will reverse itself. In other words, that will start, and but we've seen some more high profile, you know, recent insta-blogger-gram sorts of, you know, celebrity types in evangelical world—do you like what I, you know, that's, I just made that word up, Nick—but you've seen them that their first announcement of evolving of some kind has started with sexuality, and is that leading? So it's not unexpected, and it absolutely should be pushed back on. And it should be seen in light of a larger compromise. And kind of that fundamental question that started this whole mess thousands of years ago, you know, "Did God really say this?" And so much can be traced back to that.

EICHER: John Stonestreet is president of the Colson center, host of the Breakpoint podcast, and creator of neologisms! John, thanks.

STONESTREET: Haha. My pleasure. Thanks so much.