How can students encourage administrators to hold the line on Biblical orthodoxy? 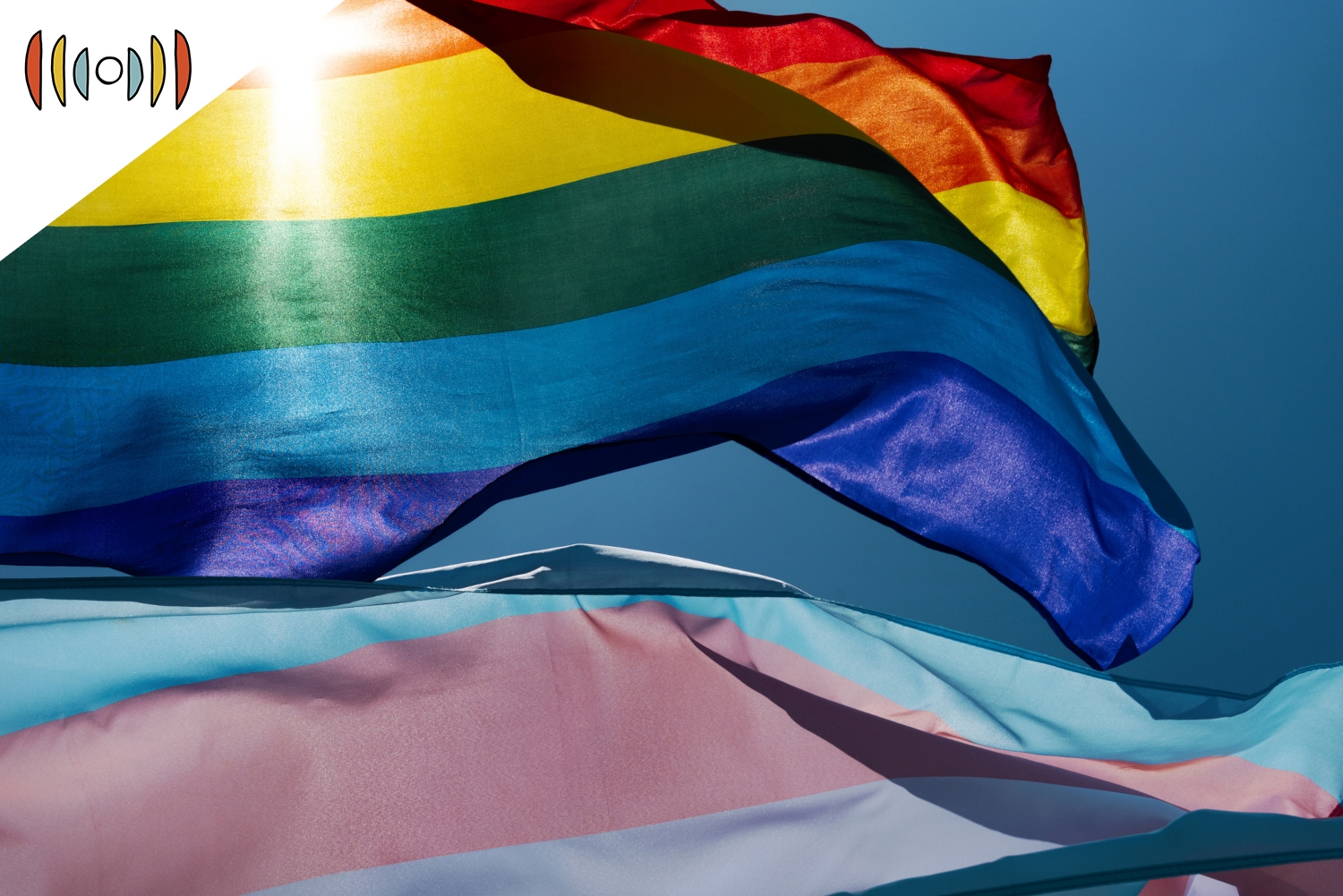 MYRNA BROWN, HOST: It’s Friday, June 4th, 2021. Glad to have you along for today’s edition of The World and Everything in It.

EICHER: We had a great couple of weeks on Culture Friday with student questions from World Journalism Institute and yet managed only to process four of them.

We had 25 students total, and we could go awhile trying to answer them all, so I looked through everything else they submitted—looking for themes—and here’s a common thread I noticed: Our students clearly recognize the cultural hostility all around them. Whether it’s LGBT issues or life issues or issues of ethnic conflict, they’re hungry to know how specifically and personally to engage. And to the point, they want to know how to engage quote-unquote “the other side.” They’re eager to be able to bridge the differences and speak intelligently but also compassionately.

This is in your wheelhouse, John, so take the next few minutes and just talk a little bit about what you do to prepare to engage culturally.

And so, to put it in the form of a question: What do you do to make yourself ready to give a genuinely Christian answer to the questions non-Christians are raising?

STONESTREET: Well, I think there's a lot of things that you can do to prepare yourself to, as the Scripture puts it really clear, give an answer for the hope that's within you.

And I think one of the things you find throughout cultural moments and transcends human history is that when people see hope, they ask about it. Because hope is not something that transcends kind of mere feelings for very many people. When it's when people really see it, it's inherently attractive to them, I think, especially at a time like ours, when so much is up in the air culturally, whether you know, how we should behave or even who we are.

I think another thing is, is learning to listen. You know, there was an old bumper sticker that I always thought was really profound, which is if Jesus is the answer, what's the question? And now we might think that everyone kind of shares the same existential questions. And I think at some level, to be human is to ask these questions. It's to have eternity in our hearts, as the author of Ecclesiastes put it. But not everyone's is aware of where the dull ache is coming from. Not everyone has the same sort of lifestyle or relationships where these nagging things rise to the surface. And so to assume, that people want to know about this or that or the other is not to listen. And that's almost always the case, think about it, you're much more likely to listen to anyone if you think they're listening to you.

I also think another way to another step in this being ready to answer the questions that non Christians are raising, I really appreciated how the question was asked, which is, ‘how do you make yourself ready to give a genuinely Christian answer to the questions non Christians are raising’? The best way to give a genuinely Christian answer to questions that non Christians are raising is not to believe the cultural line that every opinion counts. Some opinions are misinformed. Some opinions are dumb. If you think, ‘why, I don't think Jesus would have never done anything like that.’ But you've actually never looked at what Jesus said. You never studied it. You haven't trusted the teachers, and the preachers and the evangelists that have been gifted by God and called to equip the saints for the work of the ministry, then don't try to wade out and make stuff up. And I think too often, Christians not willing to do the work are much quicker to just make stuff up.

EICHER: I do want to single out one question from our class philosopher, Nick Jensen, who wanted to know: “What's your favorite argument for God’s existence that you've encountered in the study of apologetics?” So there you go, from Nick, asking for a friend.

STONESTREET: Nick, my favorite, yes, my favorite not the one I think is most compelling. But good news. I think they're both the same in my book, and I always recommend that young people buy a copy of Blaise Pascal's collection of writings, it's called Pensées, which means thoughts in French. Pascal was a brilliant mathematician, skeptic, who in his kind of, I think, late 20s, became a believer, died in his mid 30s.

But what he does in that book, in so many of those thoughts is the most compelling argument for God's existence, and I'll sum it up this way: Atheists have to believe that humans or animals, new agers, or Hindus have to believe that humans are actually divine. What's most what's more true? Well, neither. What Christians believe is that we're made in the image of God, but we act like animals.

And that's the most compelling argument I know about God's existence is an argument from the human condition. How do we explain the glory in the garbage of the human condition? What, what explanation holds those together? And I'm not just even talking about the intrinsic design, the brilliance of the design of the eye or the mind or, you know, various ways that biological parts of us or whatever, I'm actually just talking about, what best explains why humans have a moral intuition. Why we violate that moral intuition. Why we at times can do unbelievable acts of creativity, and also do really stupid things. What explains all of that? Christianity gets the human condition, right. The Christian God is an explanation for the human condition that no other worldview approaches.

BROWN: John, many of our WJI students go to faith-based schools that have been pulled into a big lawsuit filed by a group of LGBT students. The lawsuit challenges the right of the Department of Education to grant religious exemptions to Christian colleges. Schools like Westmont College, where student Addie Michaelian attends.

Addie says there have been campus-wide conversations about gender, sexuality, school policy, and the actions of administrators. At the end of last semester she says several students staged a protest that featured posters depicting rainbow crosses.

So Addie has two questions: how should she engage this issue with compassion but without compromising Biblical truth.

And as a student, how does she hold administrators accountable [to do the right thing]?

STONESTREET: Well, man, Addie's asking a very, very difficult question. And I think it's going to be far more challenging for many Christians right now. We know that Christians get challenged on university campuses that are public, that our state schools that are have a secular history, or who long ago abandoned, you know, Christian roots.

Look, I think you can’t assume that your fellow Christian students at that university, you can't assume that they have the categories of thought, that are necessary to believe what the Bible teaches about sexuality. Here's what I mean. Our culture has been running away not from a Christian moral vision about sex. But a Christian ontological understanding of sex. Ontology is basically the essence of being. In other words, what we have gone through is not our culture, saying, 'Oh, you used to say that was a morally wrong behavior. I'm saying it's morally okay.' The culture has embraced a fundamentally different understanding of what it means to be human, the nature of reality, the role of design in the universe. And so many students, if they have taken seriously the moral claims of the Bible on their sexual behavior, have not taken seriously the ontological claims of the Bible on their sexual identity.

In other words, they miss God's created intent for who they are as human persons. So I think you got to start there, I think you've got to actually ask questions like, 'Look, if God has revealed to us in what he has made, what do our bodies reveal to us about God and what he wants?'

Because really, in order to embrace the new understanding of sexual orientation and gender identity as a Christian, not only do you have to say that the body is irrelevant to who we are as human persons, but that it sometimes the body actually gets it wrong. And that's a statement not about the fall. That's a statement about God's creation. And so that's a way to do it.

And I think, how do you hold administrators accountable? I think there's a couple ways you can do that, I think. You do it with with respect, but you actually do it. You actually go and you ask questions, you actually go and point out flagrant violations of God's Word. You ask them why they think the way they do you learn how to make the argument on sexual issues.

EICHER: John, I’m always energized by student questions and I know you are, too. Thanks for digging in on those the last few weeks.

STONESTREET: Hey, you bet Nick. Thanks so much.