Whose responsibility is it to protect children from the harms of social media? 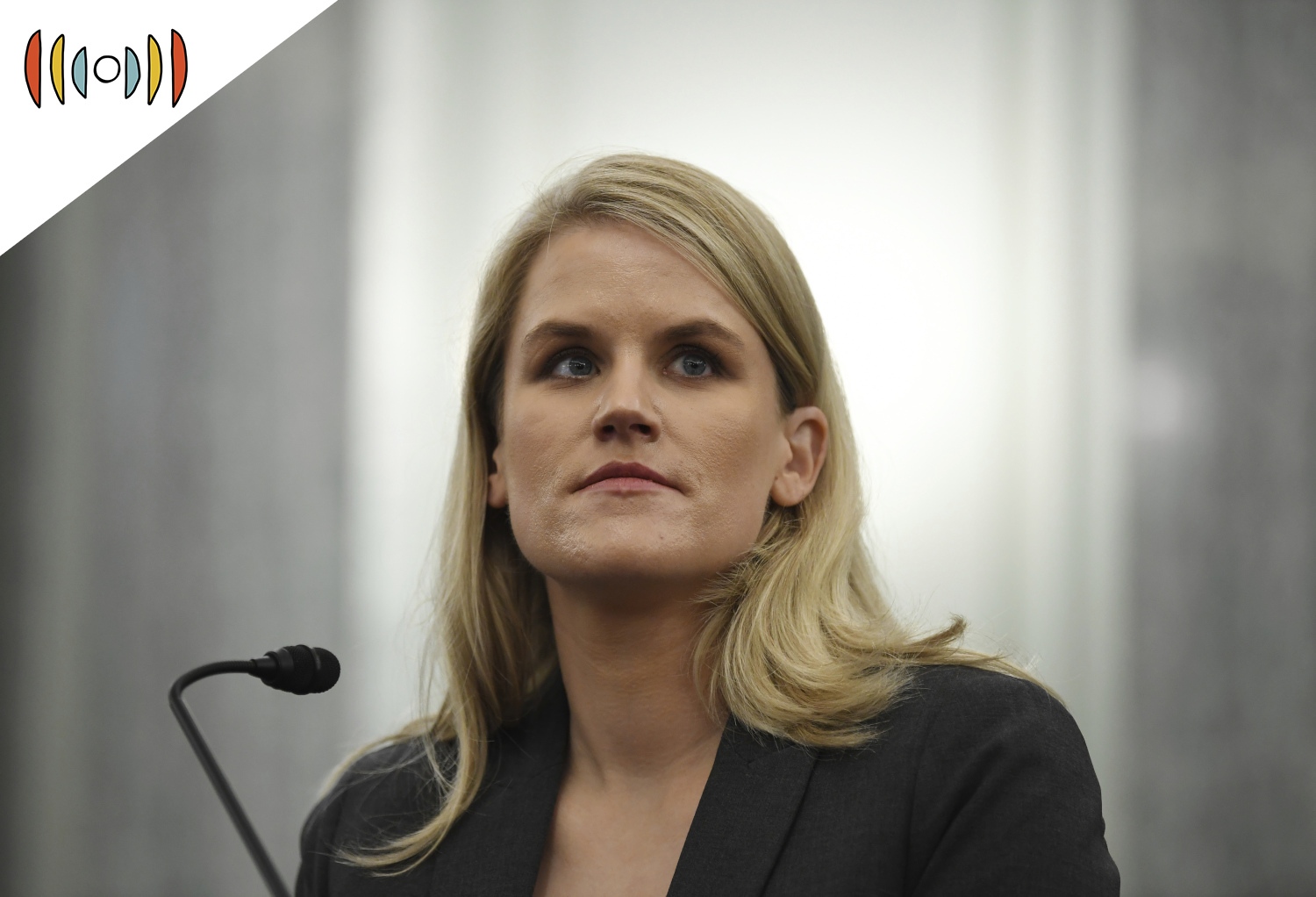 EICHER: Remarkable testimony this week in Congress about the harms of social media from the Facebook whistleblower, Frances Haugen. And I think this is all just getting started, but as it does, what’s your sense: Do you expect good to come of it?

STONESTREET: Well, I don't know if I expect anything good to come out of it, I guess we could expect something less bad to come out of it, less harmful. There's a lot of comparisons here being drawn to big tobacco and what happened there with cigarette companies. And, you know, when the truth finally came out the steps that they had to take to protect the consumer. And I, I think all of that is quite possible. I'm not sure, though, that we can expect the seller to fix what is effectively the problem of the consumer, the buyer, and that is a lack of discernment and inability to tell what is true from what is not true. An inability to seek information outside of my own echo chamber. I mean, these are all things that are endemic to our age in human history. And until we figure out how to navigate it with discernment, then, you know, this is going to be like putting band aids on gaping wounds. But you know, gaping wounds with band aids are better than gaping wounds without band aids.

EICHER: The Wall Street Journal worried in an editorial that the end result of all this would be more big tech control over freedom of speech, concentrating on unpopular political views instead of protecting children. The paper suggested the best outcome would be if “users [had] more control over their news feeds and parents more control over what their kids are exposed to online.”

I wonder, don’t parents already have that control? What’s the government going to require, in other words, or give parents that they don’t already have?

STONESTREET: Don't parents already have that control? What in theory? Yeah, of course they do. I mean, I think they should, it's stunning to me, how many parents think it's, for example, scandalous to know their kids passwords, or to check up on their kids history or whatever, they think it's a violation of privacy. And you think, well, when did this kind of pseudo definition of privacy, you know, get elevated or promoted to the highest good, especially when it comes to raising the next generation, who are, you know, somewhere between ignorant and innocent, or maybe both, I mean, it just doesn't make any sense that we wouldn't turn kids over, outside of our control, you know, to learn downhill alpine skiing, or, you know, to go hunting for moose. I mean, we wouldn't do it on any other issue. But here, when it comes, you know, to something that is not covered in almost any school media literacy that's hoisted upon kids that are at a really young age, these glowing rectangles everywhere. And we magically expect them to know how to behave on this. And I mean, the pushback you get from parents, and I can never do that. Well, either do it or somebody else is parenting your kids for you.

BROWN: This is a story that’s not widely known. My colleague at WORLD Steve West included this news in his Liberties newsletter this week: Has to do with a professor at UCLA whom the school suspended but had to reinstate. The controversy all began when the professor received an email requesting preferential treatment for black students in the wake of the George Floyd tragedy. Specifically, the request was to inflate grades on tests.

Now, the professor refused to do that, he wrote a pointed response to the email, and what followed was a student online petition, and the school’s placing him on leave.

This week, he sued UCLA for harm to his professional reputation.

So the question, John, is this: The controversy is supposed to be all about notions of “equity.” But how is it equitable essentially to refuse to challenge students because of their skin color and shortchange them of an education?

STONESTREET: Well, Myrna, I think it's a really, really interesting story. And you know, there's just so much of this that is completely against those who led us into the civil rights movement at the very beginning. There's so much about this response, this idea of what of what I think Thomas Sowell called the tyranny of low expectations, that would have just been nowhere, nowhere in the ideas, or practice or philosophy of those who were trying to pursue equality for African Americans and for ethnic minorities at the very beginning, it just wouldn't have been in their vocabulary in their philosophy at all. It is a short change, now, now just to be clear, you know, those who are promoting these sorts of ideas or these sorts of, I think really bad solutions are doing it because they're saying that there is something systemically racist or biased and the education itself, but I think that is an excuse. It's something that is allowed to be claimed, without ever being demonstrated, and to do it in the wake of a particular tragedy. Is there a break that, you know, that we can offer? Is there a way to prioritize someone's, you know, grieving and mourning? That's a legitimate? I think the answer is absolutely, but to what degree to what extent and and how much is enough? None of that's answered in these controversies. That just basically you find somebody that is sacrificeable, and you go after him with pitchforks and sacrifice them. And that seems to be the case here as well.

BROWN: Religious liberty cases just keep flowing from your home state of Colorado, John. A Colorado web designer lost a case that is about as similar to the cake-baking case of Jack Phillips as I think we’ve seen.

The web designer’s name is Lorie Smith, and of course she’s concerned about the kinds of wedding websites she might have to create: almost goes without saying that because she’s a Christian, she cannot in conscience do gay wedding websites. A lower court says she doesn’t have that freedom.

So she’s appealed her case to the U.S. Supreme Court.

Now, the court has turned down the florist case—the Baronnelle Stutzman case—but now it seems here’s another opportunity for the court to clarify the rules of the road for Christian business owners who face conscience choices. Meantime, we remain here in this legal no-man’s land.

STONESTREET: Oh, Good heavens, I know. I mean, Colorado is making a name for itself. It just will not give up. I mean, look, it's bad enough what the Civil Rights Commission has done to Jack Phillips, but this case with Lorie Smith is really interesting, because, look, the Supreme Court is going to have to deal with the mess they made.

I know Justice Kennedy, when he gave us the Obergefell decision had great faith that he could rid the world of—I think the word he used over and over was animus. You know, like the worst thing that could happen in U.S. legal history was animus, and he was going to rid the world of animus.

Look, what we have found is that the animus continues because this is not just a matter of preference. This is a matter of deeply held conviction on both sides of this aisle. And we're going to have to figure out if somehow America got a new First Amendment along the way and didn't tell him we didn't know what no one told anybody that it has to do with freedom of sexual expression as opposed to freedom of conscience, freedom of religion, freedom of speech, and freedom of assembly. All of that here is at risk.

The interesting thing about the Lorie Smith case is that the Supreme Court as it goes forward is going to have to actually deal with the issue. As you might remember, this Supreme Court basically just smacked the Colorado Civil Rights Commission for the language and the attitude and, and the well, the animus, if we want to go to Kennedy's words, that was clear and obvious and their treatment of Jack Phillips and in the refusal to treat those on the other side of the issue the same way.

But here in Lorie Smith's case what the two judges on this panel wrote was absolutely stunning, basically saying that the state has vested interest in curbing freedom of speech, freedom of expression on religious conscience grounds so as to protect LGBTQ people. I mean, this is a different degree. In other words, they admitted that this was a curbing of First Amendment rights up front, but said that this was a case of compelling government interest, and it's going to be interesting to see how they respond. I think it's going to be pretty clear how they respond. I mean, the one Colorado judge that wrote in opposition, you know, wrote the dissenting opinion in this, I mean, just was scathing, saying, look, this is basically an understanding of the First Amendment that is brand new in the history of America. And this changes everything we know about it. So the court went too far. I think that finally it's gone so far, at this lower court level that the Supreme Court is going to have to pick it up, and they can't keep you know, punting this issue down through the years.

And that's a good thing, because how many more Barronelle Stutzmans and Jack Phillipses do we need to pay the price to face financial ruin because of this. So it's going to be interesting to see where this one goes.

STONESTREET: You bet. Thank you both.