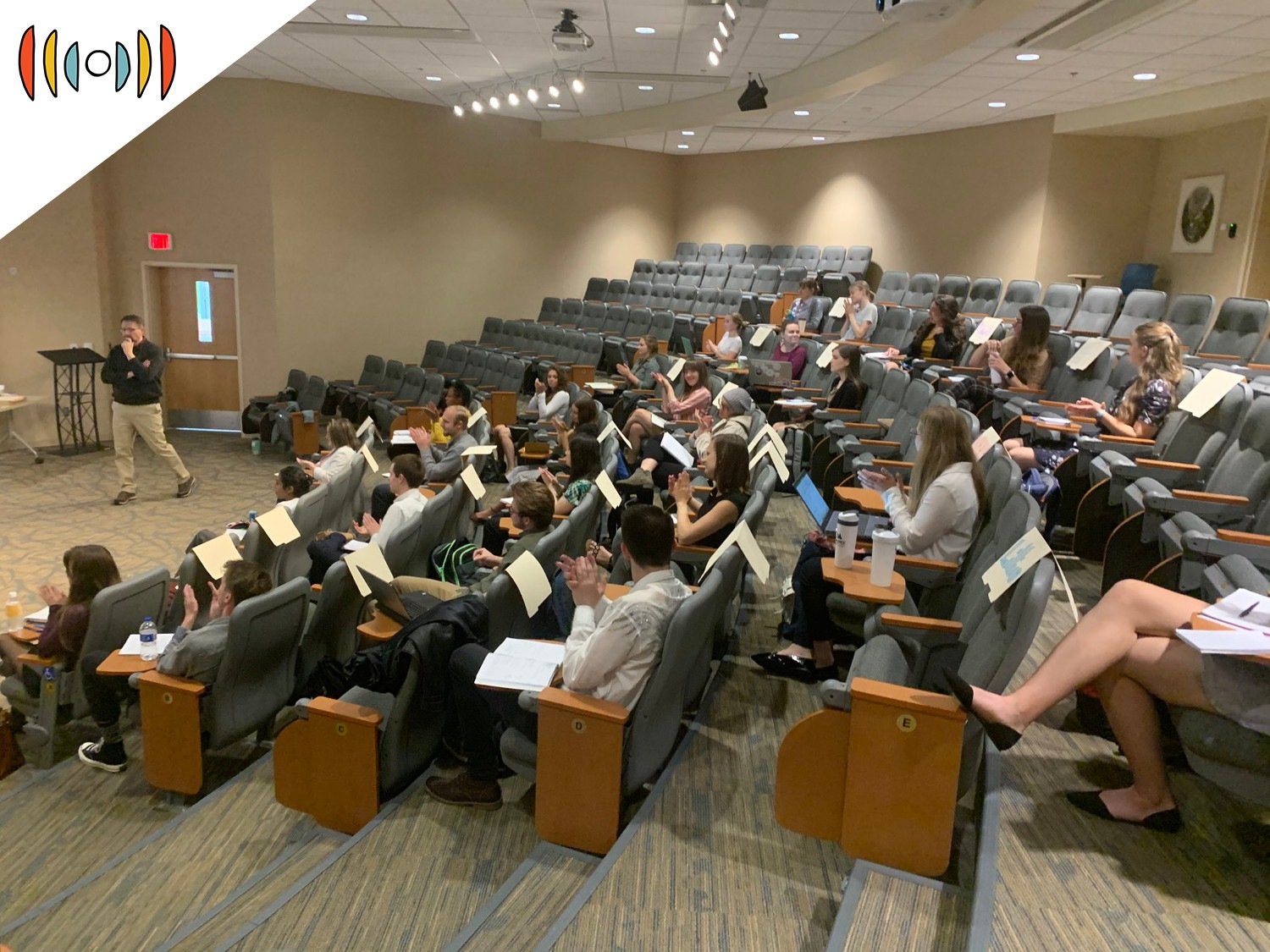 We’re on the campus of Dordt University in Sioux Center, Iowa, for the 2021 World Journalism Institute. We have an excellent class again this year and several of us on the WORLD Radio team are here working with them: Myrna Brown, Paul Butler, Sarah Schweinsberg, and Marvin and Susan Olasky.

It’s so great to be back in person in beautiful northwest Iowa, and as has been our tradition, we open the microphone to student questions.

To answer them is John Stonestreet, president of Colson Center and host of the Breakpoint podcast.

EICHER: Well, let’s get right to the questions.

TIMMIS: My name is Anna Timmis. I'm a graduate of Hillsdale College. How do I thoughtfully engage in the conversation about racial justice and police brutality when it's so hard to tell if the media coverage of incidents of police brutality are accurate, especially when many media outlets have an agenda?

STONESTREET: Hi, Anna, that's a question that not only are many people asking, but many people feel up close and personal.

I mean, look, there's there's a number of things that are making it more difficult to answer your question: First is a theory of everything that's now been applied to so many different contexts in our culture—academia, certainly journalism, certainly has overtaken certain, you know, generational demographics even. And, of course, I'm talking about various versions of critical theory. In our day and age, certainly critical race theory over the last couple of years has been the dominant narrative, when talking about any sort of interaction that involves anybody that's not of the same race.

So that's kind of super applied, you know, up front, before anything else is allowed to be asked.

Then you have kind of, you know, segments of culture that have a real vested interest in driving that narrative. And then you have a bunch of disenfranchised people who are so skeptical and cynical of anything that comes from the state of the media, that what is happening is they're using the specter of critical theory or critical race theory, to absolutely avoid having to have the conversation in the first place.

So how do we actually engage in this conversation?

First of all, we've got to start with the right foundation. The only foundation that provides the grounding for the conversation we need to have is the image of God, the image of God has been among the most consequential ideas in all of human history. It's not just something that Christians believe it's something that because Christians believed it and live that way, it literally changed structures and human hearts.

So when you talk about an idea big enough to both get to the human heart, and to get to some of the structural ways that sin embeds itself in the world, there's very few ideas in history that have been big enough for it. Redemption in Christ is one of them, and the image of God is the other you've got to start there.

The second thing we need to have is not just the right foundation, but we actually have to have the right habit. And the thing is, is that we have been catechized by our devices to react and not think.

Think of how many times a story makes everyone breathlessly angry. And just a few hours or days later, the larger context comes out, either through more video being released, and suddenly realize the entire story is wrong. Or the entire story that you reacted to was wrong. Now, I don't know any way around that other than have better habits than everybody else. Don't feel like you have to tweet about something because somebody, you know, says, anybody who doesn't speak up is complicit. That's bogus language, based on a society that is addicted to quick takes an outrage instead of the truth. And Christians have to be better Christians have to know better.

And Christians have to be better Christians have to know better and right now we don't. And we've got even, you know, evangelical, and Christian thought leaders whose living depends on this quick reaction. And it's way easier to virtue signal. And I hate that word, but it actually is what's happening by going along or tweeting, support or whatever, and then actually not doing anything in one's real life to love and care for somebody else. So our habits have to be different, not only in how we treat these stories, but in how we actually deal with real people, which are far more valuable than fitting a narrative anyway.

HARBOUR: My name is Jonathan Harbour, and I am a graduate of Southern Arkansas University. How can pastors be more diligent in addressing cultural issues such as ethnic tensions, political policies, and influential pop culture while keeping the focus of their sermons on Christ. It seems that a lot of churches ignore these issues from a fear of becoming too politically involved.

STONESTREET: Jonathan, it's a great question. I don't know that, you know, there's a magic formula other than understanding that the story of the Scripture is the grand story of everything. And in that story, we find ourselves, within the larger story, we find ourselves in a particular moment. So that's what that's the language that I like to use, is keeping the story in the moment straight. Pastors oftentimes are afraid that if they jump on the moment, they'll lose track of the story. And so they just lock in completely on the story.

Of course, we also have the other problem where, you know, pastors have locked in on the moment. I know, for example, pastors who have actually told me when we asked them to help out with a doctor assisted suicide bill that was coming in our state, and they were like, No, no, no, it's too political. But then, you know, as soon as they could, they spoke out on immigration, or march with Black Lives Matter, both of which, of course, are highly politicized. And I'm not saying they should have done one and shouldn't have done the other but how do they justify doing one and not doing the other?

It's because of this because far too often Christians are culturally engaged on those things that the culture has already decided on. If it's still in debate in culture, even something, I guess, that should be as non-controversial, in terms of the Christian position, like something about abortion, if it's not settled, church won't weigh out into that, why it has to be settled, it has to be settled by the culture, you know. The way you're supposed to step out has got to be decided for you. And then once it is, then you're gonna go.

And that's just really cowardly. And it's very, very common, unfortunately. It's sad, because the larger culture is defined by conflict, but lacks any sort of worldview framework by which to understand the conflict and to offer any way forward. And who has that? Christians do.

EICHER: John Stonestreet is president of the Colson center and host of the Breakpoint podcast. John, thanks.

STONESTREET: Thanks so much.