Culture Friday - Crowding out the family

What role should government play in civil society? 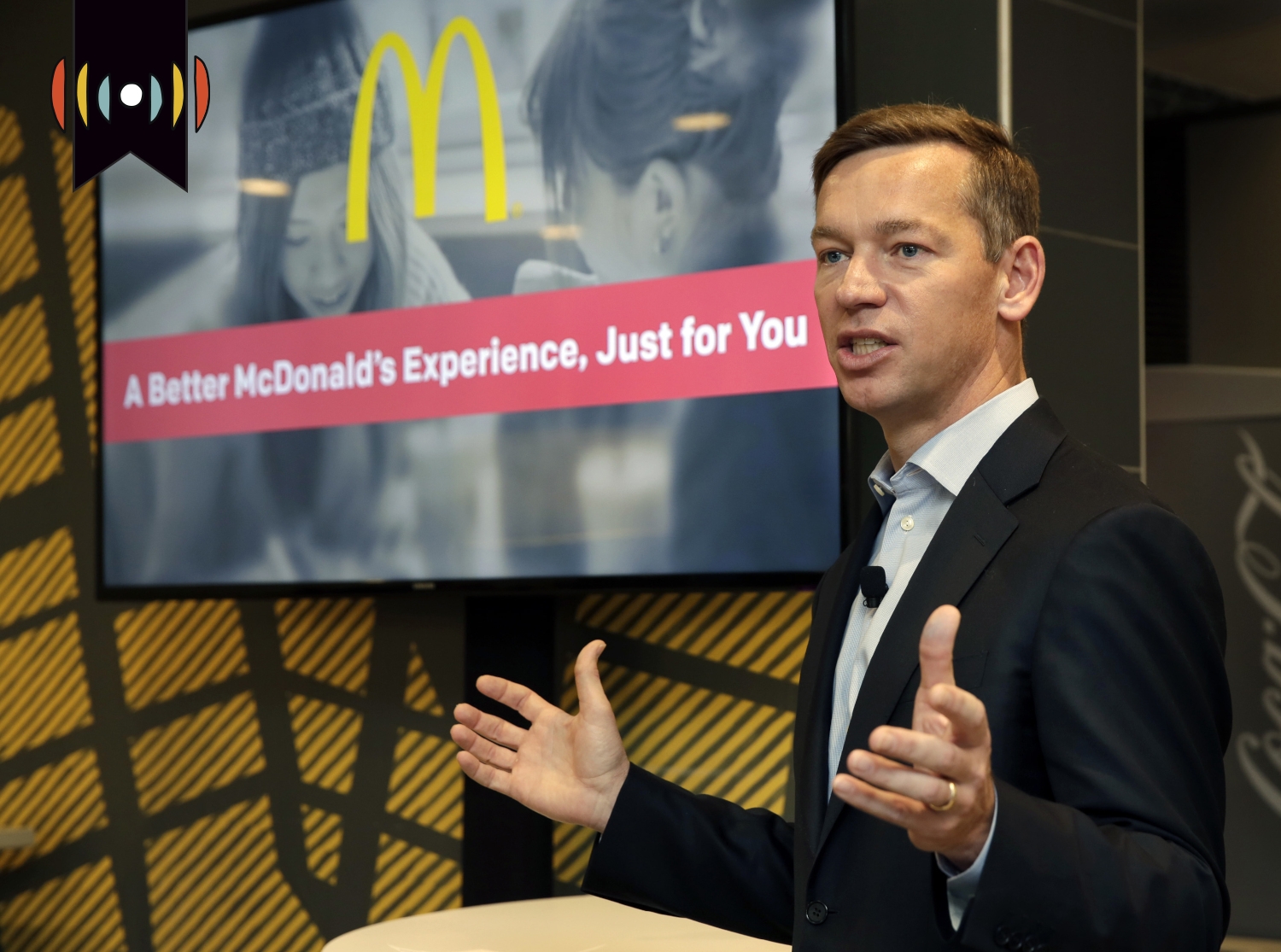 MARY REICHARD, HOST: It’s Friday, November 12th, 2021. Glad to have you along for today’s edition of The World and Everything in It.

The Biden Administration is working to promote its “Build Back Better” plan—also known as a tax-and-spend-bill that the Committee for a Responsible Federal Budget says will add an estimated $200 billion to the national debt over the next decade.

It’s not yet gone through the Senate nor even passed the House, but in the meantime the White House is smartly marketing the plan for the masses.

But the idea is to personify beneficiaries of the spending plan with a narrative of lifetime government support, cradle to grave. It’s comprehensive: tax credits for the young mom, free schooling for Leo and then government subsidized jobs for him, and ends up with government assistance for Linda’s health problems when she gets old.

EICHER: A recent piece in WORLD Opinions pointed out what’s missing from the Linda-and-Leo story—and that’s pretty much everything that’s not government. Dan Darling wrote the piece and here’s a passage:

“Imagine how Linda’s life and Leo’s life would be enriched in this story”—he writes—“if there were images of a loving church community, selfless neighbors, and a loose network of private social institutions? The government might offer a necessary safety net, but a faceless bureaucracy cannot play catch with Leo in the backyard, it cannot drive Leo to Sunday school, it cannot console Leo in those lonely moments when he wishes his father was in his life.”

REICHARD: Well, it’s Culture Friday. We want to welcome John Stonestreet to talk about this. He’s the president of the Colson Center and host of the Breakpoint podcast. Morning, John.

REICHARD: Now John, I realize reasonable people can differ on federal spending programs. You’ve talked a lot about “mediating institutions” and about the importance of intact families. Here’s my question: does a government program like this one tend to drive out family and civil society? Or do they just fill in where family and civil society have broken down? Or maybe it’s all of the above?

STONESTREET: Well as a big fan of Abraham Kuyper and his idea of sphere sovereignty, I'm about to just get so nerdy and explain the whole thing because it does explain this entire conversation that Dan was having on world opinions. And it's just a tremendous article and he hits it right on the head. When Alexis de Tocqueville came to America and, you know, looked at the American experiment, he noted that there was far more at work in an individual's life than just the state. That in between the individual citizen and the state were all of these layers of what had been called intermediary institutions. These are things that allow individuals to govern themselves, to be self sufficient to not be reliant on the State. And by the State, I mean capital as big State. But that also applies that, you know, individual states and local governments also provide an additional layer. But there are certainly some people who think that the State is the entire society, and that everything else is a part of the State. There are certainly examples in history of governments that see individuals as being just mere cogs in the larger machine that is the State. And there's this whole spectrum that exists between having a vision of freedom and not having a vision of freedom. Now, where Abraham Kuyper comes in, as he suggests this idea that God in His created design, and he quotes here, in Genesis where the scripture says that God created every animal after its own kind, he takes that to mean that there is a diversity of existence in the created order, including structurally. And yet it all works towards a common purpose - God's glory, though, the big theological word and I should win a prize for saying this: pluriformity, that was Cuypers idea. You have these various fears at work all working towards the same unified purpose. And the State functions well, when it stays within its sphere. It has a purpose. We're not anarchists. The family functions well when it stays in its sphere. But when one sphere jumps out of its God ordained space into another, you have problems. And when one sphere abandons its God ordained space, then another sphere has to pick up the weight. So the answer to your question is yes. So this is, you know, what you have is this, I think, an absolutely convinced progressive end of the political spectrum right now that the State really is all there is and that everything else serves the State. But you also have to place blame at the failure of the family. You know, you have dads in the picture. I think it was just a couple weeks ago when we talked about that wonderful story of the dads that showed up at the school and made sure their kids weren't fighting, and kind of turned the whole school culture around. That proves that there are there's this thing called fathers that actually exist and have to be part of the story for a healthy society to go forward. And there are other things as well. But yeah, this is an image of the world given by the White House as if the State is all there is.

Jason Riley of The Wall Street Journal wrote an interesting story about the CEO of McDonalds, whose text message to the mayor of Chicago recently became a matter of public record. It all flowed out of the killing several months ago of a little girl caught in a gang shootout in a McDonalds’ parking lot. The bullets were meant for her dad—a member of a rival gang—and ended up killing his little girl instead. What the McDonalds chief executive said about this killing and one other similar to it was this, quoting here: “the parents failed those kids, which I know is something you can’t say. Even harder to fix.”

So now that the text is out in the public, the CEO is in a real public-relations jam and he’s apologizing for it.

REICHARD: Really interesting piece. Jason Riley said the CEO said nothing wrong, and it’s discouraging that we can’t address issues like these forthrightly—namely, You can’t be a gang-banger and a good parent, no matter how much you love your kids.

Riley wrote that solving these cultural problems is “less likely to happen if well-intentioned people can’t state simple truths in public without having their character assassinated and their livelihood threatened.”

EICHER: John, is Riley off base or does he have a point?

STONESTREET: Riley absolutely has a point. And listen, I'm old enough to remember the former mayor of Chicago, saying something not unlike this and getting absolutely crucified in the press, Rahm Emanuel. I love how we're going back to, you know, the 2000s in our conversation today. But this is exactly what happened. You remember Rahm Emanuel was talking about the damage that was done really by five or six zip codes within the larger city of Chicago that contributed to the incredibly high murder rate that is in that city, and, and how it's unfixable outside of dads and he was absolutely crucified. This is what the CEO of McDonald's was saying, to to not be able to say this, or to reject something like this is an example in my mind, an idea that I've just come across, Nick, from a Cambridge academic named Rob Henderson, it's called luxury beliefs. What Rob is arguing is, is that what fashion accessories and kind of no use, you know, sort of things that we would buy in a generation past would mark a certain social status and wealth class, in the past certain beliefs, beliefs that you can state out loud, but you don't actually have to live, you know, like, for example, that marriage doesn't matter, or you know, something like that, that hard work is, you know, culturally bigoted, or you know, that dads really don't have a role to play in the safety and well being of a community. Those are beliefs that only the wealthy have the luxury of stating. But when those who don't have well don't have resources, don't have a safety net of you know, unlimited attorneys, or a trust fund to fall back on. And when they actually live it out, you know, like a no dad life, then you actually get communities like we see that are devastated in certain parts of the country, like certain neighborhoods, in the Chicago area. Luxury beliefs, that whole concept is one of the most useful ones that I've heard in a long time, because it refers to those beliefs that you have to say out loud, to be socially acceptable among a certain group of people. But to actually live it out, you have to have a certain level of wealth to avoid the consequences of it. And neighborhoods like the one that the CEO of McDonald's in Chicago was talking about, most people in that neighborhood don't have that same luxury.

REICHARD: John Stonestreet is president of the Colson Center and host of the Breakpoint podcast. Thanks, John.