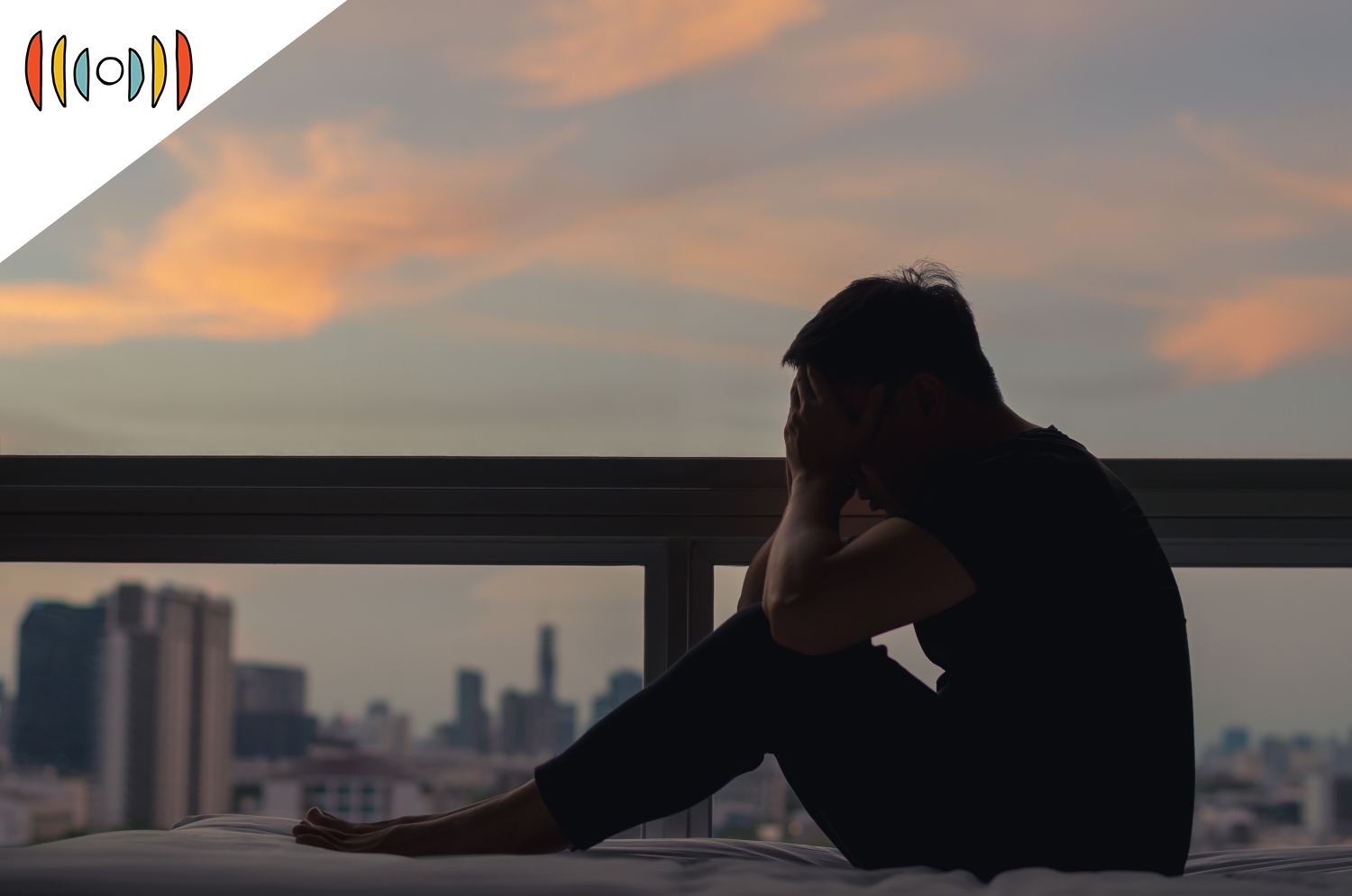 MYRNA BROWN, HOST: It’s Friday, July 23rd, 2021. Glad to have you along for today’s edition of The World and Everything in It. Good morning, I’m Myrna Brown.

And when I say “as best we can,” that is to say, not very well. Cuba is, after all, in the grip of a totalitarian, communist government—so information flow is a big problem.

What we do know is that everyday Cubans, the people who have to live under that crushing system, have become restless and a few weekends ago took to the streets, chanting “Down with the dictatorship,” “we want liberty.”

This week on this program we heard from a Cuban pastor who happened to be in Miami just as the unprecedented protests broke out. And so he was able to speak freely.

Talking with Onize Ohikere, reporting for WORLD, Pastor Alexis Pérez spoke about how the Cuban church is responding to what’s happening around them.

PEREZ: “… we have a lot of limitations in Cuba, we have a lot of persecutions, and things like that in Cuba. So it is difficult to be a Christian in Cuba. We don’t have the open persecution that you will see in other places. But the government is always trying to limit what church can do. So I think that most of the Christian they are, they are okay with what is happening, if this is coming to an end of the government. I will say that. Most of the Christians, because we have been suffering. Though, I think that most of the Christians also in Cuba, we don’t think that we should be involved in these kind of violent events and trying to take over a government. So we think that we need to wait on God, pray, be peacemakers. And see what God is going to do.”

BROWN: It’s Culture Friday. John Stonestreet is here. He’s president of the Colson Center and host of the Breakpoint podcast.

EICHER: Pastor Pérez told us that among those arrested as a result of the protests in Cuba were pastors. He was saying most Christians have not gotten involved in protests, but some pastors have. And what the government seems to fear is pastors getting involved and then the parishioners getting involved, too—trying to stamp that out. But I wonder whether it’s too late. What do you think?

STONESTREET: Well, it is hard to know exactly what's going on. It's notable, though—isn't it?—that someone like this, a government like this is afraid of Christians, afraid of the church, and that's because the church has been among the greatest forces of liberty in human history.

It often goes in unexpected directions. I think it's also notable, too, the silence that we've heard from progressive liberals in America who, you know, spend time telling us how great Cuba's, you know, literacy rate is, or you know, in the case of Bernie Sanders, Cuba's health care system, or you know, anything else.

Earlier this week, Rod Dreher carried the letter from a Cuban Catholic named Maria Victoria, Ola, Marietta, I think is her name, writing to the Pope and basically said, you know, the Pope's silence on this has been notable, and I'm going to quote her here. “It hurts a lot, that while they repress the people who took to the streets asking for freedom, you have words to congratulate Argentina's triumph in the Copa America, you talk about plastic waste in the seas, but have not made it even a public prayer for the detainees, the disappeared and all who are frightened in their homes throughout our country.”

And there is a remarkable silence, here from a lot of people that are the first to, you know, tell us that silence is violence in any other context. You know, whether or not the issues that they're talking about are anywhere near the moral and cultural and historical gravity of this event. I think one of the most interesting things here and of course, I can say it's interesting from the safety of our perch here in the United States, and it's brutal on the ground, you know, will this be the end of communism in Cuba? May it be so. But boy, whenever these things fall apart, there's an awful lot of victims in the blast radius, you might say, the damage affects a lot of people.

The last thing, Nick and Myrna, and that is whenever you see something like this in other parts of the country, you can almost sense there's got to be Christians involved. There's got to be Christians who care about the truth about reality that communism denies not just their suppression of you know, theism or their denial or the celebration of Christmas, but just the way God made people, that there is a yearning for freedom in the human heart that was put there by God. And that's what we're seeing in Cuba. I think.

EICHER: I want to go back to a report a week ago by the Centers for Disease Control, sadly interesting piece of data, and it’s this: Covid, of course, was the big health story in 2020, but here’s another: deaths from overdoses spiked up 30 percent year on year. The number was 71,000 in 2019 and 93,000 in the Covid year 2020. Is this a continuation of a deaths-from-despair trend we’ve talked about before? Have you seen analysis on that?

STONESTREET: Yeah, I have. And I think it absolutely is, because this is something that I worried about, from the very beginning. These are the pre existing conditions, culturally speaking, for COVID. They are clearly co-morbidities, the numbers you just read are just the overdose numbers.

When you talk about the suicide numbers, particularly of students in schools, this is something where, you know, the push of teachers unions everywhere to keep students home, it actually made being at home that much more dangerous. In terms of suicidal ideation, we saw it up close and personal here in Colorado, having had to deal with a dramatic spike in suicides among high school students, even in El Paso County, where I live, and the work that was done to address that in partnership between the public schools and the churches, it was a remarkable thing. And of course, COVID hits and all that gets put to a stop.

You know, you look at this, the CDC and themselves released a number a few months ago saying 25% of school aged children had suicidal ideation during COVID. I can't even believe that that could possibly be true. That number is so outrageous. And yet here we are. Look, the physical conditions don't define who we are, the physical conditions affect who we are in the in the context of our cultural moment. And there were plenty of pre existing conditions that have to do with isolation that have to do with the lack of accountability with other people that have to do with the the lack of meaning, and purpose, which is often found in being able to accomplish something to be live out on the creation mandate, in biblical terms. COVID left room for none of that.

And so staying home is not a solution. When screen time isolates us from real relationships, real friends from being known, takes us deeper into addictions than to just increase the time on screens might keep us physically safe and put us far more emotionally, spiritually relationally at risk, I expect all of these numbers that are just now coming out from COVID to be really bad, I hope I'm wrong. But I don't think I will be, unfortunately.

BROWN: I’ve spent a lot of time telling the backstories behind the music of a number of Christian singers and songwriters—that's why these next two stories caught my attention.

First one: Matthew West, whose voice we've heard here on WORLD, wrote a song called Modest is Hottest—a fun little song on modesty, which he pulled down after a Twitter protest! He said, sorry, guess I’m just an overprotective dad, or some such.

Switching gears to another award-winning singer/songwriter, Amy Grant—and I heard about this one from you, John. But for the listener I’ll summarize: Grant appeared on a pro-LGBT podcast and when asked about gay artists in country music, she said, and I’ll quote: “I think it’s important to set a welcome table for people of all sexual orientations because none of us are a surprise to God. Nothing about who we are or what we’ve done.”

So here are two hugely popular Christian artists—and maybe they’re really doing what they believe in—but I want to ask the question Van Morrison is asking in one of his new songs: Where have all the rebels gone?

STONESTREET: Yeah, that's it. That tells you an awful lot about cultural pressure, doesn't it?

And who knew Van Morrison is releasing new songs. God bless him. That's a that's kind of you know, success of Mick Jagger proportion. So you know, how's that still going on?

Look, the Matthew West thing I don't even want to talk about. I think it was a fun little song. And the controversy was a foe controversy. And this is ridiculous. And I'll just say that and leave it there.

The Amy Grant story was an interesting one because she's legendary in the industry. And she didn't say anything technically wrong, did she? “You know, it's important to set a welcome table for people of all sexual orientations. None of us are surprised to God nothing about who we are what we've done.” I agree with that.

What I said in our short commentary on this, which is concerning is that it is very easy to say the culturally acceptable truths, and then not say, the culturally unacceptable part of the truth. And to think what we've said the truth, the pro LGBT podcast host took her words as an endorsement of his lifestyle.

Now look, I get it, I mean, none of us want the conversation. To end none of us want, you know, lost people to walk away from the table. And I you know, I'm not saying there was any sort of nefariousness or that, you know, she herself has become pro LGBT. I don't know. I have no inside knowledge of that. I don't know at all. I just, I just know that there's an easy way to do this. And the easy way to do this often communicates the exact opposite of what is true.

In this case, you know, you're going to be asked these questions. And you can decide whether the goal of answering is to be liked to be invited back to be accepted, to not offend anyone or to honor Christ. And you don't always have to choose between those options, but increasingly in our culture, you need to be prepared to choose between these options.

EICHER: Good to chat, thanks so much and have a great weekend.

MUSIC: “Where Have All the Rebels Gone?” by Van Morrison