Are today’s graduates learning how to be good employees and citizens? 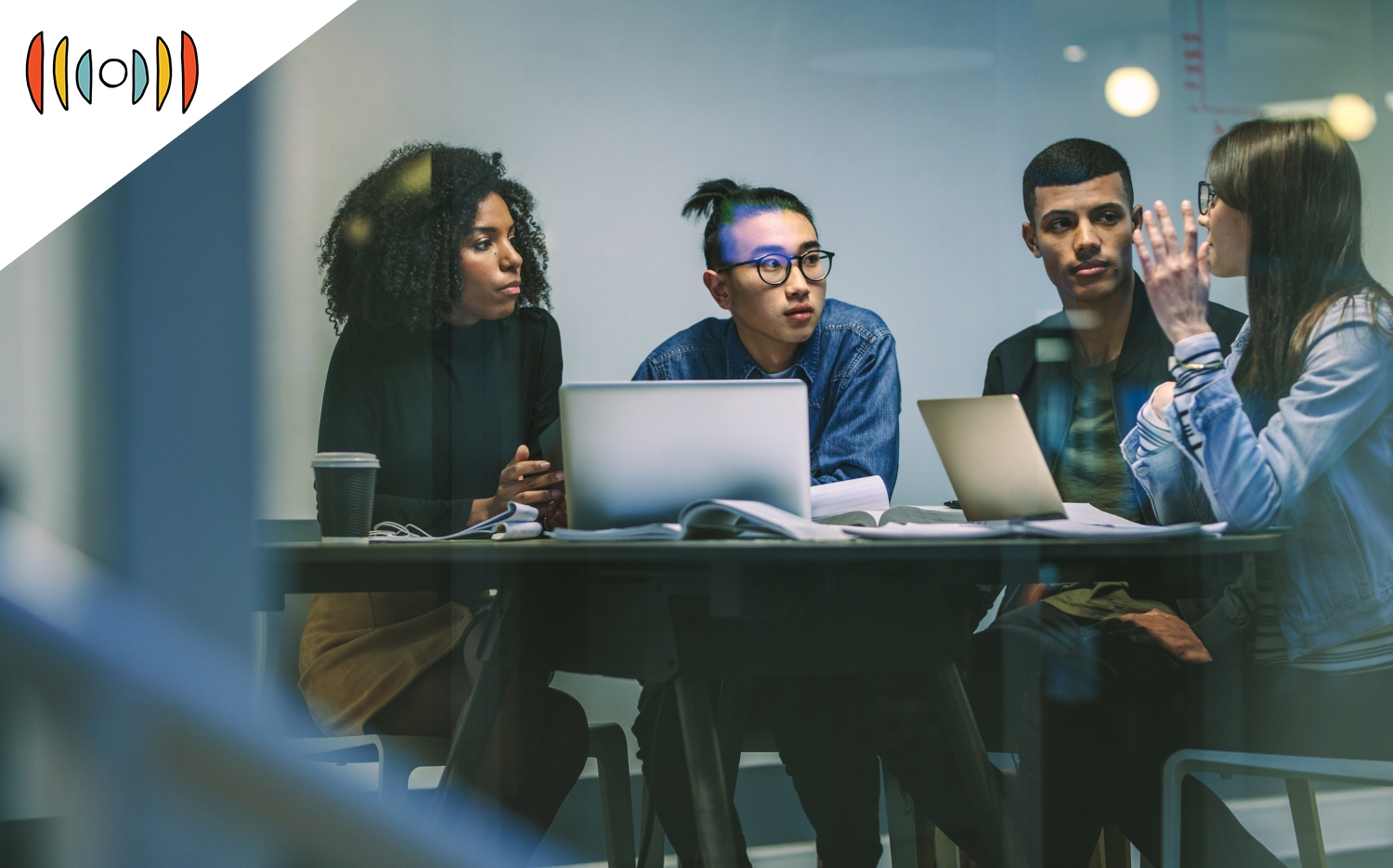 We spent the last few weeks talking about high-quality college students and this time, I’d like to talk about the other side of the coin.

Because I read with interest a piece in The Wall Street Journal by the editor of the publication First Things, Rusty Reno. He began his piece with a very provocative sentence, as a good editor would. Reno wrote: “I’m not inclined to hire a graduate from one of America’s elite universities.”

And he went on to explain why: It wasn’t simply because of what we hear about most of the time, namely, the “woke” students these elite schools churn out.

His point was broader than that.

It is—he says—that the habits these schools tend to foster in students—that is, to keep your head down if you dissent from the politically correct orthodoxy—that that produces a sort of moral and spiritual surrender. He wrote: “I don’t want to hire a person well-practiced in remaining silent when it costs something to speak up.”

And then, he addressed the flip side of that. The student with a sort of chip on his shoulder. The kind of person who has, Reno writes, “developed a habit of aggressive counterpunching that is no more appealing in a young employee than the ruthless accusations of the woke.”

Then finally, attending schools where the best advice you receive as a freshman is never to say what you’re thinking—That that is an indication that the institution is not under the leadership of “courageous adults” and therefore the students wouldn’t have been able to find good role models.

It’s Culture Friday. John Stonestreet is here. He’s president of the Colson Center and host of the Breakpoint podcast.

JOHN STONESTREET, GUEST: Good morning, both of you.

EICHER: Reno laid out a pretty thorough take-down of Ivy League schools there. Now you’ve been critical of some Christian higher education, John, and you speak on a lot of campuses. Do you worry that Reno’s indictment of the Ivies could be leaking into Christian higher-ed as well?

STONESTREET: The short answer is yes. The longer answer is what do you mean by Christian higher ed, because it is a very common thing, to find schools that that claim a Christian heritage basically have no difference in their worldview, particularly when it's applied in areas that touch on sexuality at all sociology, and so on.

I have heard from board members who would not send their children to their schools on which, you know, they sit on the board or board members who have heard from parents that said, you know, what, I'm okay, if my student hears these progressive ideals at a state university, but I do not want them to hear these progressive ideals at a university that claims that these ideals are somehow Christian. That's the confusion that they don't want to actually allow.

I think there's also the idea of faux courage. And, you know, Rusty didn't really mention this in the same way, but it's in a sense, you know, he talks about kind of this, you know, perpetual chip on the shoulder, the counter punching.

Listen, there are plenty of institutions, they coddle left and punch right. There are just like plenty of churches right now, where they are more than comfortable speaking out on cultural issues, as long as they're issues that the culture has already decided the right way to go. Right. I mean, it's it's not hard to find people outraged by sex trafficking because everybody agrees on that. But if you talk about sexual deviancy in the terms of homosexuality, or same sex marriage, not going touch it at all. And the real problem that we have to deal with is how mean Christians are

This is not courage. This is not moral clarity on the issues that are at most at stake right now. So, yeah, I mean, I could go on and on and on, which in one sense says, look, the problems are a multitude of problems to address, it makes me more thankful for those institutions that have been really, really clear on the fact that they want to do higher ed in a Christian way. And honestly, parents need to know just how rare that institution is.

EICHER: You may have seen this story, John.

Update on a religious-liberty, First Amendment controversy out of Northern Virginia. One of our legal-affairs writers, Steve West reporting for WORLD says a judge reinstated a school-teacher who was suspended for offering the following opinion at a school board meeting. This is Loudoun County elementary school teacher Tanner Cross.

CROSS: It's not my intention to hurt anyone. But there are certain truths that we must face when ready. I love all of my students, but I will never lie to them regardless of the consequences. I'm a teacher, but I serve God first and I will not affirm that a biological boy can be a girl and vice versa because it's against my religion. It's lying to a child. It's abuse to a child and it's sinning against our God.

WORLD reported that the judge found that “the board violated Cross’s free speech and free exercise of religion rights. [The judge] ruled Cross was entitled to First Amendment protection because he made his comments in his personal capacity and on a matter of public concern.”

Now, I wonder what might happen the first time he encounters a student dealing with gender dysphoria, but increasingly, don’t you think we’re going to see more of these clashes?

STONESTREET: Now I've got so many thoughts on this one. I grew up in the county adjacent to Loudoun County. And let me just tell you what Loudon County looked like when I was growing up. And of course, clearly, I'm so young, so it wasn't that long ago.

So the fact that this is a county that, you know, just yesterday, was so much would easily be considered kind of the middle America county and now is on the leading edge of wokeness. That's something for every school teacher in America, not to mention every school board member in America, to actually take note of.

In other words, are we really ready to be the nation in which we don't want teachers to believe those three things or live out those three things? That's madness. That tells you just how much things have moved.

The other subtext of this story, though, and it's being underreported right now, Nick—and I think it needs to be proclaimed from the mountaintops—again, just having grown up there and having some personal connections with the county, the church that this teacher attends, fully got behind him publicly and vocally.

The public advocacy of this church and these church members to get behind this guy is a model of what we have called before here on this podcast, the theology of getting fired. And I want to publicly affirm what this church has done to support Tanner Cross. And I hope they write a book that every pastor in America is now required to read, so that they know what to do the next time, it comes to, you know, to the next County, which was rural America yesterday is now at the center of the culture wars today.

BROWN: After more than four decades, Rick Warren announced he is searching for his successor. He was an influencer before the word became cool—Purpose Driven Life, the mega church, often at odds with the “establishment”

Says he’s looking for the next-generation pastor. But some are wondering why there isn’t already a person who has been mentored and discipled all along to just step in, kind of like Moses and Joshua.

That there’s a search like this reminds me more of an executive leadership search in the business world. Does that say anything at all about modern church leadership?

And I think there are plenty of things within the the way the church model goes these days, particularly the mega church model that, you know, smacks more of corporate America than it does of, you know, anything we would read about in terms of the first century church or, you know, historical church leadership.

And, and I think that just being in a cultural moment, that is where Christian convictions are less the home field, advantage, you know, sort of thing with parishioners that requires different skills as well. You're in trouble when you know, you choose an executive instead of a theologian or executive instead of a pastor or a pastor instead of an executive. And I think that there is there's plenty of ways to navigate those challenges within church leadership and board eldership.

But I've got no, you know, kind of inside visibility on the history of Saddleback, other than pastor Warren has done, I think, an incredible job for decades now propping up other pastors everywhere, including internationally and around America. And, you know, we've seen this on a number of occasions where you have people aging out and there's I think the wrong assumption that just because it's newer needing somebody younger. And I'm not sure that younger is always better. I think there's a little bit of a chronological snobbery and making some of these adjustments.

But it is a complicated thing. To do this when you're talking about an entity, that big in a cultural moment, like this. My appeal is just always the pastor as a pastor first. The pastor as a theologian. The pastor as a biblical teacher. The pastor as someone who can integrate that and connect it to the cultural moment. That's what can't be sacrificed, even if someone is, you know, really charismatic, or a great public figure that's not enough for the sort of role that a pastor actually is.

BROWN: John Stonestreet, president of the Colson Center and host of the Breakpoint podcast.