New survey shows less than half of U.S. residents belong to a church, synagogue, or mosque 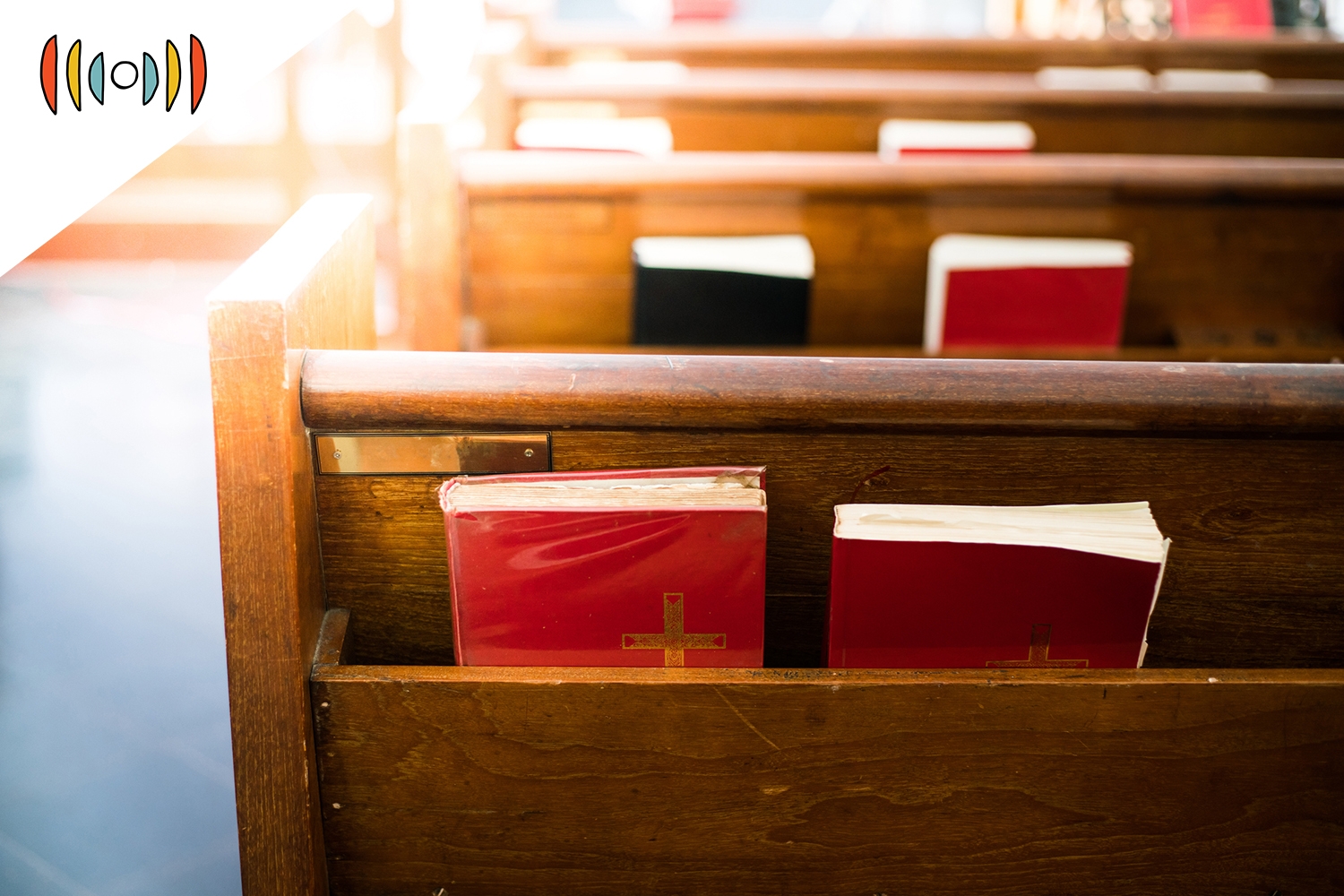 Here’s one of these slow-motion trend stories: We’ve all seen it coming. We all expected it. And yet, when it arrives, we’re a little shocked and saddened, in a way.

It’s the Gallup “houses of worship” survey of the United States. 80 years of surveys about the religious life of Americans.

And the shocked-not-shocked finding is that for the first time in the history of the survey, religious Americans are now in the minority. American membership in a house of worship sits at 47 percent. That is, just 47 percent of Americans said they belonged to a church, synagogue, or mosque.

This survey released several weeks ago, but we haven’t reported it here.

Still, it’s been a long time coming and its effects aren’t going away anytime soon.

EICHER: So we can slice and dice these data points any way you like. There’s a generational component: two-thirds of elderly Americans belong to a church, but as you get younger in the demographic, the drop-offs are noteworthy. Baby boomers, 58 percent. Gen X, 50 percent. Millennials and Gen Z, 36. There’s a decay of the culture component. Our elite institutions have been secularizing for a long time, and it just seems logical that this would be the result.

But just because this news doesn’t seem all that newsy doesn’t mean it’s not significant. Why does this story have your attention, Trevin?

WAX: Well, I think what initially struck me about this survey was something you might you might call it the snowball effect, in that if you look at the data, it really is in the last 20 years, that this decline has become much faster and more precipitous when it comes to who is identifying as a church member who says that they are a member of a mosque or synagogue or a or a church. And so for me, all of the generational components were about what you’d expect. I mean, we’ve seen a secular, secularizing trend. But I think the quickness of the drop off in the last 20 years going from where we were 20 years ago to where we are now being a minority of Americans saying that they are a member of a religious organization, that that in itself is a pretty stunning collapse, so to speak. And now that doesn’t mean that a lot of people still aren’t going to church. In fact, church attendance is measured differently than church membership. But it certainly gives us a view that commitment to a religious organization, commitment to religious institutions, commitment to a religious faith is on the wane rather quickly in our society.

EICHER: What about the Covid disruption? I look at economic numbers all the time and one thing we’ve seen is that the economic recovery was what they call “V”-shaped: that is, a violent plunge down—the upper left of the V dropping diagonally down—and then the bounce-back that’s just as abrupt. Might we see something of the same thing with religious attendance when the mask mandates end? Is that part of it at all?

WAX: I don’t think that that has much to do with Gallup survey of religious membership because there are a lot of people that have not been attending church regularly in the last year who would still say that they are a member of a congregation of some sort. Gallup was looking at membership rates. attendance rates, like I said, is a different survey. So of course attendance rates are going to be way way down this last year because of COVID. And I do think you’re likely to see something of a V shape that once the mask mandates are over and once we are really on the other side of the pandemic. I do think that you’ll see a recovery when it comes to church attendance. But I do think a lot of congregations are going to feel unstable for a while. So just because there might be a bounced back of church attendance doesn’t mean that they will be going back to your church.

I know of lots of cases across the country pastors I’ve spoken with who have lost members during this COVID season. Not because people have drifted away from the faith entirely, but because they’ve, you know, they visited other churches online and they didn’t I guess they didn’t feel super connected to the congregation that they’d been a part of. And so they had been on the periphery already and sort of migrated to another service where they might like to worship better, they might like the sermon more, I think there’s going to be a sense of destabilization in churches for the next year or so even if attendance does begin to creep back up.

EICHER: Is there a positive way to look at this, maybe in this sense? Couldn’t it be said that in a hostile culture, church membership has some cost attached to it, not just benefits. So naturally, it’s a little weird and countercultural to go to church, let alone believe what’s taught there, and maybe the health of a smaller church community is better.

I’ll quote the Baylor historian Thomas Kidd who writes at The Gospel Coalition: “If nominal, utilitarian, civil-religious ‘Christianity’ is mostly what’s fading away with the cratering of American church ‘membership,’ then I say good riddance.”

Do you say the same, Trevin?

WAX: So I appreciate Thomas good for a lot of things. And there is a sense in which I know what he’s saying. And I agree with that, in the sense of if we’re talking about a nominal Christianity that is devoid of the Gospels power to change lives, that because it’s just sort of a ritualistic cultural thing, then yes, we should want the true biblical Gospel to to be blazing to, to we should want that kind of nominal cultural Christianity that doesn’t really have intrinsic power to it to fall away. So in that sense, yes, I agree with what he’s saying there with that sentiment.

There is another side to that statement, though, and it’s that the plausibility structures of our society or what is it that there are enough people in society do a certain thing that makes it seem like a reasonable thing to do or a plausible way of life, when when those are affected? Be when you see stats like this, those plausibility structures are affected. So when you only have a minority now, of Americans who claim membership at a church, it doesn’t mean necessarily that they’re no longer spiritual in some sense, or that they even no longer have a religious practice of some sort. But they have no institutional ties. What that does is it makes those who do have institutional ties feel much more out of the mainstream than they might have before.

So what happens is culturally, there’s a massive shift here, where the the challenge and the task becomes all the harder for all the more difficult for Christians who are seeking to fulfill the Great Commission. You know, make disciples, baptize people, teach them everything that Jesus taught us to do and and to belong to his family. That belonging part where there is obligation, when it comes to religion is, is something that seems more and more foreign to people when you see numbers like this. So that is not a good thing. That is something that makes the Christian task harder in our day, rather than easier. And I think that that is something that we have to reckon with, even while we can appreciate the sentiment that yes, we want true Christianity blazing on fire for God Christianity to be the norm, rather than a sort of shell of cultural Christianity. That has often been the case.

BROWN: Trevin, Nick mentioned earlier the generational component and I want to drill down a bit more on that.

The numbers show a significant decline in Millennials and Gen Z. Only 36 percent belong to a church. That’s a 20 plus percentage-point drop from the Baby Boomers who traditionally have been more theologically orthodox.

So, out of a desire to be relevant to these young people, do you think pastors are feeling the pressure to create a reward system to pander to the younger generations?

WAX: Well, I think there’s all sorts of cross pressures that are happening for pastors in this cultural moment, and one of them certainly is generational. I hardly ever speak to a pastor when we talk about challenges facing the church that they don’t bring up younger generations and how to engage them in to involve them. One of the challenges that you have with a lot of younger people, and I think other surveys would show that would bear this out is that a lot of younger people simply don’t have many affiliations or associations at all. So it’s not just that they’re not members of a church, but they’re really not. There’s a lot of younger people that aren’t members of anything. You see the decline of civic institutions. I mean, it’d be hard, you’d be hard pressed to find, you know, a lot of rotary clubs and coladas. And, you know, those kinds of civic organizations that are just teeming with young people. The idea of obligation and reward in for many of these associations are, it’s just much less for younger people.

What we are finding in statistics and surveys, not from Gallup, but from other organizations, about churches that are effective in reaching and engaging young people, what you find is they don’t water down the biblical message, they take Jesus’s message seriously, you find that they are involving young people in leadership earlier, rather than just sort of catering to young people, they are reaching out to young people to have them lead, to have them serve in the congregation. So where are they? It’s clear that they own this, that this is not just church for them, but that they are for the church as well. And so that, you know, there’s Cara Powell’s book Growing Young talks a lot about different aspects of churches that are effective at reaching younger people. And some of the things that we find are not what you think. It’s not the size of the church, the the flashy worship service necessarily. It’s all sorts of different things than you might expect are what are effective in engaging young people and keeping them involved in the church.

WAX: Great to be with you. Thank you both.