How should a Biblical worldview intersect with difficult issues at Christian colleges? 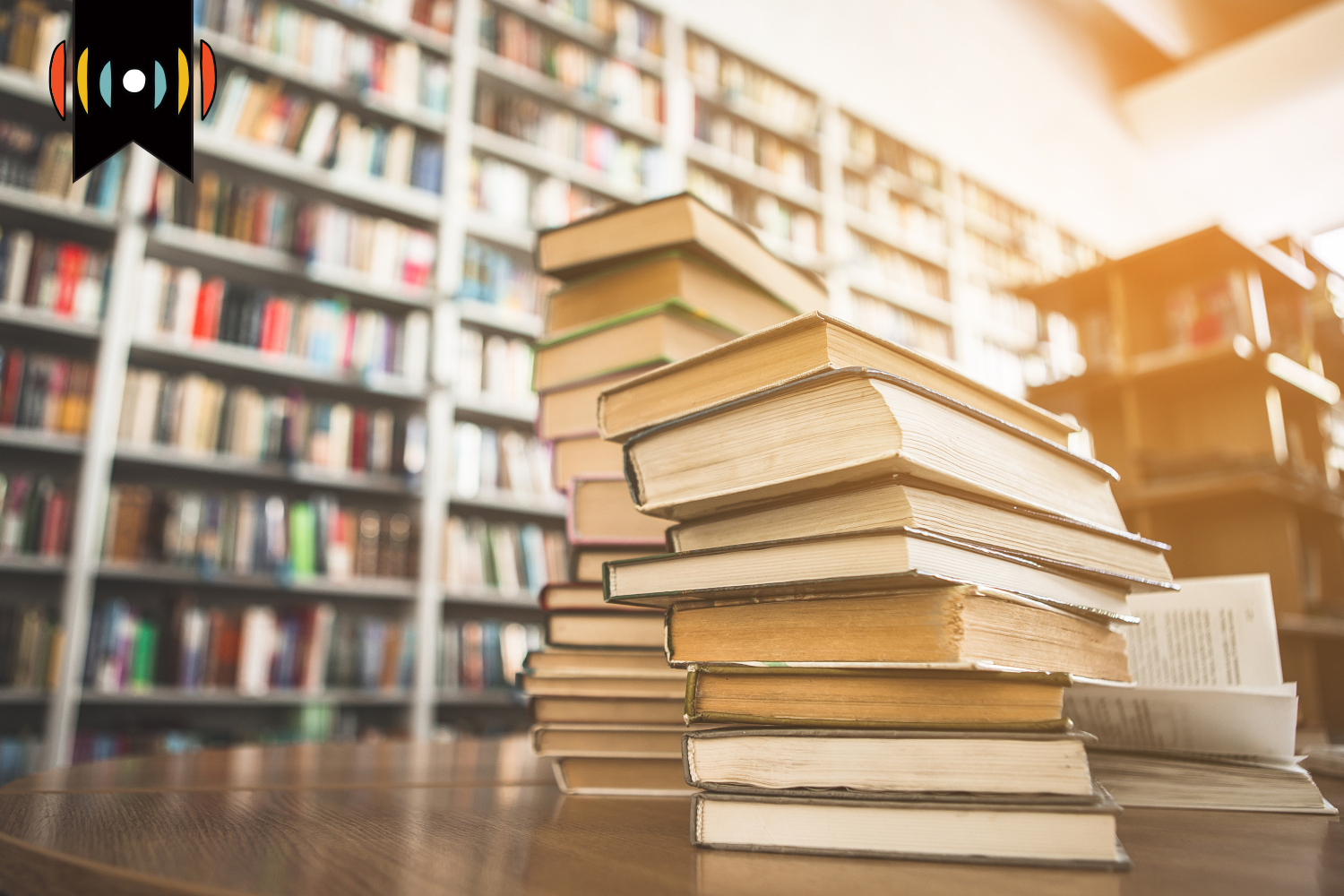 MYRNA BROWN, HOST: It’s Friday, April 29th, 2022. Glad to have you along for today’s edition of The World and Everything in It. Good morning, I’m Myrna Brown.

Let’s bring in John Stonestreet. He’s the president of the Colson Center and host of the Breakpoint podcast and he joins us now. Good morning, John.

EICHER: John, I’d like to start with a listener question. Dave in Nashville writes:

“As proud alumni of Grove City College and also parents of a daughter who is currently attending GCC, we would love to hear John Stonestreet weigh in on the claims by some alumni and faculty that the college has gone ‘woke’ and also Grove City's recent response … not just this particular situation but how Christian institutions can have academic freedom to discuss topics like race through a Christian worldview without going off the deep-end and into CRT. I am glad that college forcefully rejected CRT and took ownership for missteps in 2020, but I can also see the points of the other side who say we shouldn't be censoring conversation on the topic. Political topics have gotten so divisive in recent years that it seems we would rather shut out the opposing ideas rather than let them fail on their lack of merit. We would appreciate John's perspective.”

So John, I’m a Grove City parent as well—for what it’s worth. How do you answer that?

STONESTREET: Oh, I think identifying, you know, in particular two areas of student life, staff development and Chapel, those are two areas that are really vulnerable for Christian schools, not just on this topic, but on any number of topics, because it's not always governed by the same sorts of things that Orthodox Christian schools would have in terms of their faculty, and what would be expected of their faculty. And I think that the things that they admitted to, you know, that there was a speaker invited who certainly has gone even further in his views into the deep end of what, you know, I think could rightfully be called CRT, and also rejected points of orthodoxy along the way. I'm not always sure that those two things go hand in hand. But in this case, it did. And I think also, this one class with assigned readings, that professor has just responded in print, and I, it wasn't a very detailed response. So I'm not sure but his pushback has to do with this idea of academic freedom. And that is something that I'm sensitive to, because Christian students, especially Christian students who are the best and Grove City tends to attract really, really talented students with lots of potential, they need to have the goods, the academic wherewithal, they need to know what's going on. A Christian college is not a sheltered experience, or at least it ought not be. And this is a hard thing, because Christian colleges have to do the Christian part, they have to do the college part. And then they have to do the Christian college part. And they're not going to hit the bull's eye every time. But part of that bull’s eye is going to have to be the ability to engage with thinkers who are outside of the fold.

Now, when those things are done uncritically or when those outside the fold are brought in as if they're in the fold, I think that's where you have the problem. And I think that Christian colleges just can't have the same level of academic freedom, as if they're going to keep staying on mission, as other schools do. There has to be a different goal in mind, there has to be a different set of guidelines governing faculty and faculty orthodoxy and how that integrates in the classroom. And there needs to be some real thought given to how a Christian worldview intersects with some of these more difficult areas. The problem with CRT is not the fact that when people talk about “R”, the problem with CRT is the fact that when people talk about “R” they're talking about it from a “CT” worldview. So this stuff doesn't need to be routed out, but it needs to not be ignored. I don't know. This is hard, Nick. It's going to be really hard for Christian colleges to navigate this. So, you know, I know some of Grove City's faculty well enough to know that they do take counter ideas seriously and equip students to deal with them. But they also deal with it from the vantage point of truth. And so I think Grove City’s okay. I really do. I'm a fan. I'm a fan of the school. I'm a fan of a lot of the folks there. And I appreciate how they handled this, honestly. It was a hard thing and I think eventually they handled it the right way.

EICHER: Let’s talk about the Coach Kennedy case, John. The Supreme Court heard arguments in the case of a football coach who got in trouble with his public school district for holding prayers at the 50 yard line. Steve West, reporting for WORLD, said “during arguments [this week], the justices seemed sympathetic to the high school coach’s plight, yet they struggled to define at what point the coach’s personal, on-field prayer could be considered unconstitutional, as a lower court has ruled.” Steve reported the justices seemed conflicted during the oral argument: “Was Kennedy’s prayer government speech subject to school control?

“… [W]as it private religious expression that must receive the highest protection under the First Amendment?

“ … [I]f private expression, were school officials justified in barring him from praying on the field because it might indirectly ‘coerce’ players to join him in prayer?”

How important is the outcome of this one, do you think, John?

STONESTREET: Well, I think that we are in this kind of decades-long struggle to figure out where religion has a place, or whether religion has to be kept completely private. And you know, whether or not religious freedom means one can believe what one wants in the privacy of their own heads, homes, hearts and houses of worship, or whether religious freedom also entails some level of bringing one's faith into one's public life. And, you know, government officials also have religious freedom. It's a little bit different, I think, as opposed to say, for example, a privately owned, you know, business run and owned by a Christian who wants to integrate his or her faith top to bottom, or say, for example, a Christian school and what we would expect from the teachers and the football coaches, and the janitors and everybody else. But we do have to figure it out. You know, I think in the long run, this is one of the most important cases of this term. I think that this one's going to be an interesting one, even for a court that is, I think, clearly sympathetic to Coach Kennedy and certainly religious conviction and wants to err on the side of protecting religious freedom. I think we know that that's the case. But how far they go, will be the real question, I think.

BROWN: John, this week Oklahoma governor Kevin Stitt signed a bill regarded as the first of its kind, the first state explicitly prohibiting the use of so-called nonbinary gender markers on state birth certificates, meaning you will only be able to select male or female on a birth certificate.

I imagine other states will follow suit and still others will go in the opposite direction. This feels like the early days of the debate over same-sex marriage. Some states for, other states against, and then eventually the federal government and courts had to get involved. Do you think we’re headed that way on this question?

STONESTREET: Oh, I think absolutely. And I think that should make us all stop and pause, and just contemplate for just a moment that this is a conversation we're actually having. We're actually having a conversation about a scenario which will lead to a legal answering of the question, “is there more than boys and girls?” Or “is there fixed categories of male and female?” You know, it's not unlike Miracle on 34th Street, where a court is asked to decide whether there's a Santa Claus or not. In other words, we're out of the realm of government purview; there's really no purpose for it, except a culture that has, you know, run ahead of reality in just really interesting and tragic ways. So every once in a while, we need to stop and go, you know, we are here. We are absolutely here.

Now, I do think we are here, I do think that this is going to have to be something that the court weighs in on because this is a conflict not going away. Here we are, with 25% of young people identifying as LGBTQ. And the Democratic Party platform, essentially including it, and from the highest forces of the government, including the president, the president's administration, and maybe the Department of Justice, there were some rumblings out of there basically saying this is what we need to do, basically, government mandated embrace of gender dysphoria and surgical interventions, medical and surgical interventions. We just need to stop and say guys, we're here - so that we don't think this is normal. And that's the problem when culture changes is that the new normal becomes normal and sometimes the new normal is so far over the line, it shouldn't feel normal at all. This is quickly becoming one of those things. This is not normal. It's not normal that the court should have to weigh in and decide that birth certificate shouldn't lie, but that's what they're doing, so there you go.