Red states are pushing to ban CRT in schools, but is that the best approach? 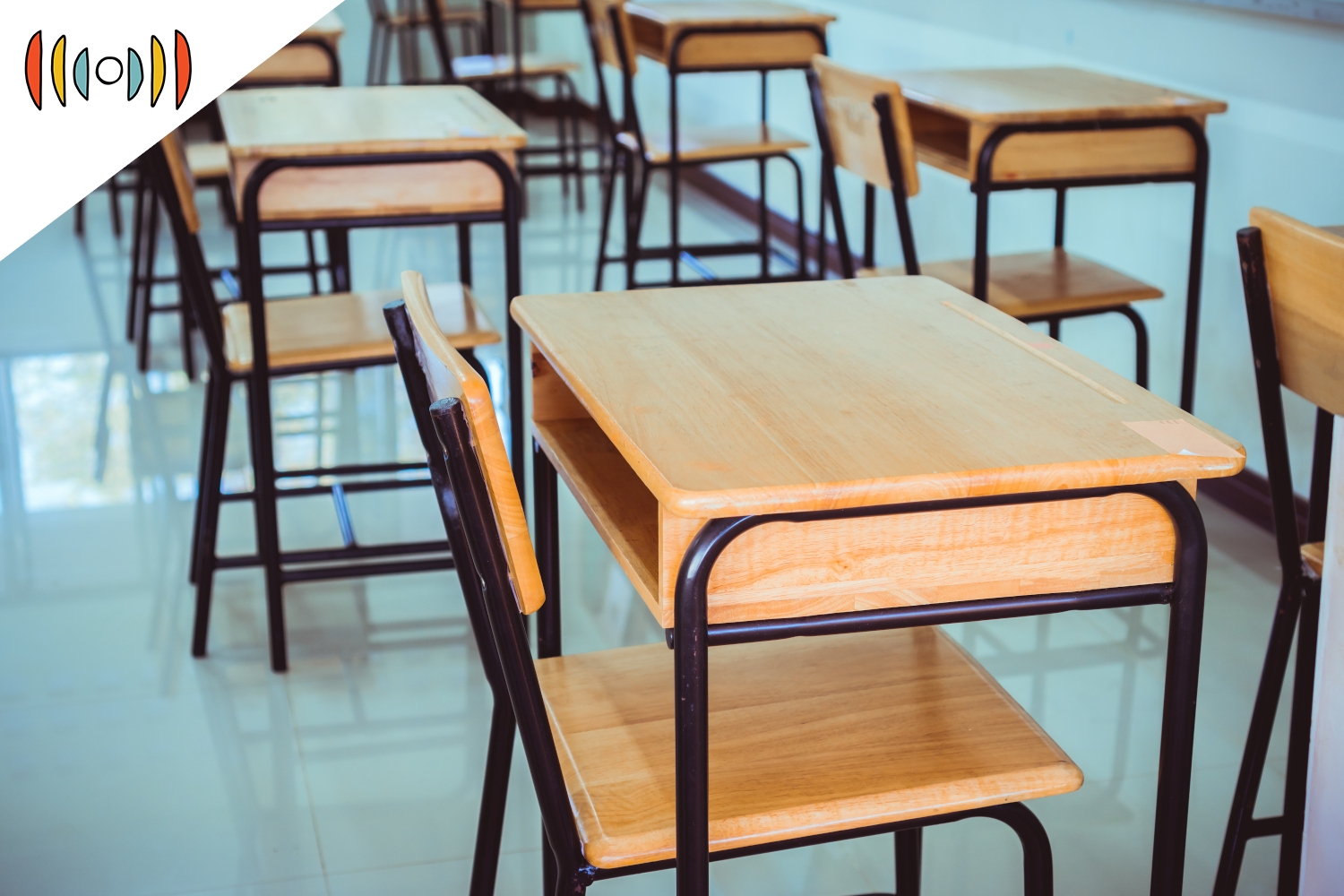 MYRNA BROWN, HOST: It’s Friday, June 18th, 2021. Glad to have you along for today’s edition of The World and Everything in It. Good morning, I’m Myrna Brown.

EICHER: John, there’s a growing movement—mainly in red states, Republican states—to target the teaching of Critical Race Theory. Florida is the latest, joining Arkansas, Idaho, and Oklahoma. At least a dozen other states are considering legislation on the subject.

But I want to talk to you about your recent commentary on that subject. Now, I know the Colson Center isn’t a legislative lobby, but you express opinions sometimes on legislation and this surprised me a little bit. You had a pretty vigorous word of caution about those states trying to ban CRT. Tell me why.

STONESTREET: Well, in the first place, I think a lot of the headlines, the breathless headlines, the panicked headlines, the angry headlines over the states that have issued legislation limiting how race is talked about in schools, the headlines there have been overblown, I'm not sure that even most of those legislations can be characterized as banning CRT, the hesitation that I did have had to do with solving a problem through legislation. And the memory here is obviously the memory of prohibition, you can pass a particular piece of legislation and then lose the war, so to speak. Legislation has a role. legislation is not the best way, or the only way or sufficient enough as a way to deal with really bad ideas. critical race theory is full of bad ideas. But if a group of legislators think that they can issue a particular piece of legislation, and that's going to solve the problem, then that's asking legislative action to carry far too much weight. But the ideas that are behind critical race theory are influential enough in our cultural moment, they are influential enough in the classroom, in media, and so many other aspects of corporate wokeness and other things that they need to be addressed. And legislating against them doesn't actually advance the cultural imagination. Like I said, it's very possible remember prohibition to try to win your case, by passing a law. But the law tends to be downstream from culture, and the cultural influences and the cultural level of ideas needs to be addressed as well.

EICHER: I have heard the same argument about abortion. I mean, just go for hearts and minds don't go for legislation. How's that different?

STONESTREET: Well, I don't think I said that we shouldn't issue legislation when necessary. Again, I don't think that what these states are trying to do are necessarily all the same, and certainly don't rise to the breathless hysteria of the headlines. So legislation is sometimes very necessary, specifically when we're talking about not just bad ideas, but actual actions that you know, that is harming individuals in this case killing unborn children, that sort of legislative action needs to happen. But again, I don't think any pro lifers should imagine that their job is to make abortion illegal, I think the end of the day, we want it to be as unthinkable as slavery is. In other words, it needs to be it needs to be fully dealt with and seen for the horror that it is, is not sufficient in and of itself to deal with big cultural challenges.

STONESTREET: Well, that's an interesting distinction. And I think it's also important to note the distinction between whether we're talking about banning at at a state funded university or a high school level, and what we're teaching Primary School students who don't have yet the full capacity to understand who they are and the history of things. And I think there certainly needs to be some ways to limit the harm, that the extreme versions of critical race theory in particular bring about and especially on schoolchildren, we wouldn't want to repeat the mistakes of America's past, in which and little children because of the particular race they belong to, or the race of the earth and their ethnicity were considered evil or less than human. And CRT in its worst form reverses that and does it go to little white children or little children and cultural power? And that's it. That's a horrific thing to say to a young child. When you start talking about middle school and high school, you got to address the issues, let me be really clear if you homeschool or you private school, and you're not teaching students in high school and middle school in high school, how to understand the influence of these ideas that are dominant in our culture about race and ethnicity and power dynamics. If the first time they hear about, you know, privilege, and about, you know, cultural power dynamics, it should be in the context of an educational experience. I'm not saying don't talk about it. I'm not saying only talk about it, I'm saying let's highlight it and actually work through what critical race theory is. I will say this too, and going specifically to your question about, is it better to homeschool or private school? And increasingly, in many areas, there's just no way around that any anymore? If there ever was? I mean, yes. You know, one of the tragedies when a educational system or educational approach is hijacked by an ideology is that you don't even get a good education. You know, you don't even actually get a full fledged study of whatever topic that you're looking at. Instead, you get whatever is politically correct, you get whatever is pre determined. And that's not teaching kids to think and to borrow from Robbie, George's Twitter thread, which I first was responding to in the commentary that I did. That is indoctrination. That's not education. And they're not the same things.

EICHER: Speaking of education, I’ve heard back from listeners with practical questions about how to choose Christian universities because you’ve raised questions about historically Christian institutions that are moving away from their roots. So rather than try to create some kind of list of recommendations, what I’d ask is, how do you recommend parents do their homework to discover whether a school is remaining faithful. What are the right questions to ask? And to whom would you direct those “right questions”? How do you do that research?

STONESTREET: Well, you don't ask the admissions department you want to get past. Maybe you start with the admissions department, but you get past it. You don't ask the president whose job it is to sell the school. I tell you, who you ask, are the sophomores, the second semester sophomores because the honeymoon’s over, and they will tell you exactly what's happening on the campus. So find some sophomores and ask them the questions. You know, in particular, I think I want to just go back and revisit something that I said last week, which you know, you talking about historically, Christian institutions. In some cases, that's really obvious. And what I was talking about was historically Christian institutions moving away, or apologizing for its past convictions. That's going to be a far harder school on a child's faith, on a student's faith than a state school. In other words, when you put certain ideas that are counter biblical, and superimpose them in the mouth of Jesus, that can be a really disorienting experience, especially if a student's not grounded in his own faith in any sort of strong way. You certainly want to ask the LGBTQ questions, you certainly want to ask, you know, what are professors teaching in the classroom about these particular issues? Are there any professors here? Who would endorse a gender transition? Are there any professors here that believe that same sex marriage is a legitimate institution as opposed to an invented institution? Are there professors here who believe that so you jump right to the hottest topics of our day where biblical faithfulness has the greatest amount of consequences, especially in the academic space? And you say, Where are they? What are they saying? And, you know, there's a couple things to be aware of, obviously, if there's any sort of full out affirmation, that's something to be concerned about. In the same way, though, it not only if there's a full out affirmation, but if there is a real hesitation, to say definitively what's right and wrong, or a constant need to hedge every moral statement with an apology about the Christian position and when you start apologizing for the Christian moral position. That's a really bad sign. And then when it comes to the social sciences, when it comes to what Christian activism looks like, you want to kind of keep your ear perked up for those kind of typical words, having to do with power dynamics and the oppressed. And injustice and these sorts of things. And you know, we teach students this all the time that one of the things that you need to do is always question definitions. And I would challenge moms and dads when you hear, you know, a professor say I believe the Bible's true. What do you mean by true? You know, I believe that every person has dignity. What do you mean by dignity and what gives them every person dignity? And how do you balance the you know, creation and fall in that? And the power of asking good questions to get behind the vocabulary that people are using to the dictionary that they're relying on is just as applicable, maybe even or more applicable when we're talking about Christian academics.

EICHER: John Stonestreet, president of the Colson Center and host of the Breakpoint podcast. John, thanks!

No, not the best approach. Absolutely correct that Christ is the only way to true racial understanding and peace - we must pray and work for that. However, to prevent school boards operating against community standards while understanding is built (according to the new SBC president's interview in World most of us only learned of CRT six months ago), legal prohibitions are a reasonable response. Sure, we can vote them out - but we all know the ratchet effect. Once something is in place it is very difficult to remove it completely - this has played out nationally on a variety of topics. I dispute the idea that this isn't dangerous enough (as abortion) to act this way. CRT is outrageous racism that tries to pay back the past by demonizing the present. We can recognize that not everyone starts out in the same place due to past racism and that causes disparities which should be addressed in various ways - but CRT is not it. Actions have consequences, as America's scars from slavery and racism amply demonstrate.